Tag Archives: out & about 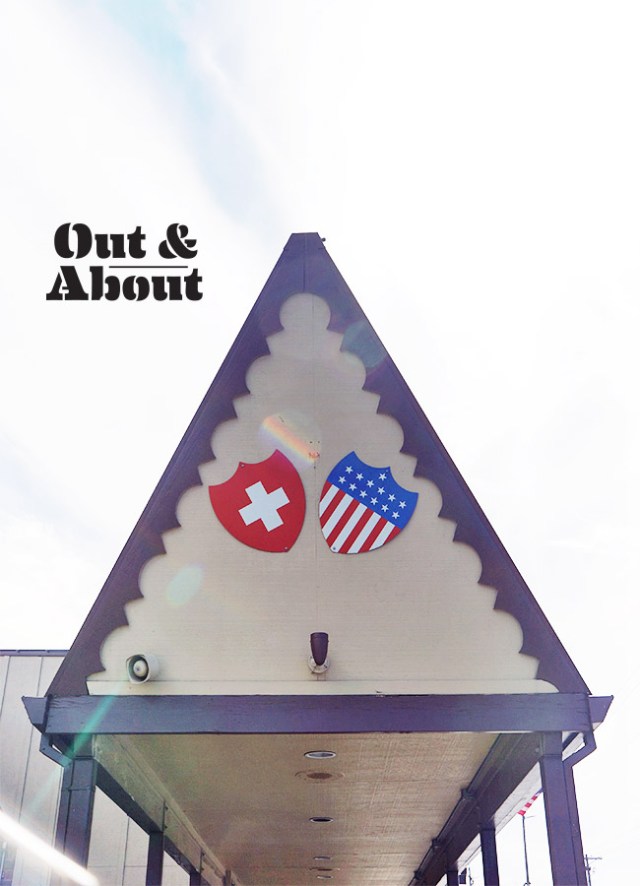 I’ve been wanting to start a column focusing on the places I love to visit and share them with you. They say that variety is the spice of life so I’ll be mixing it up big time in Out & About. Some places will be very well known while others will be hidden gems. Some will be the height of sophistication but don’t worry, I’ll balance it out with the occasional dive bar. Collectively, I hope these suggestions will help you out when you’re planning your next trip and stumped about where to go. 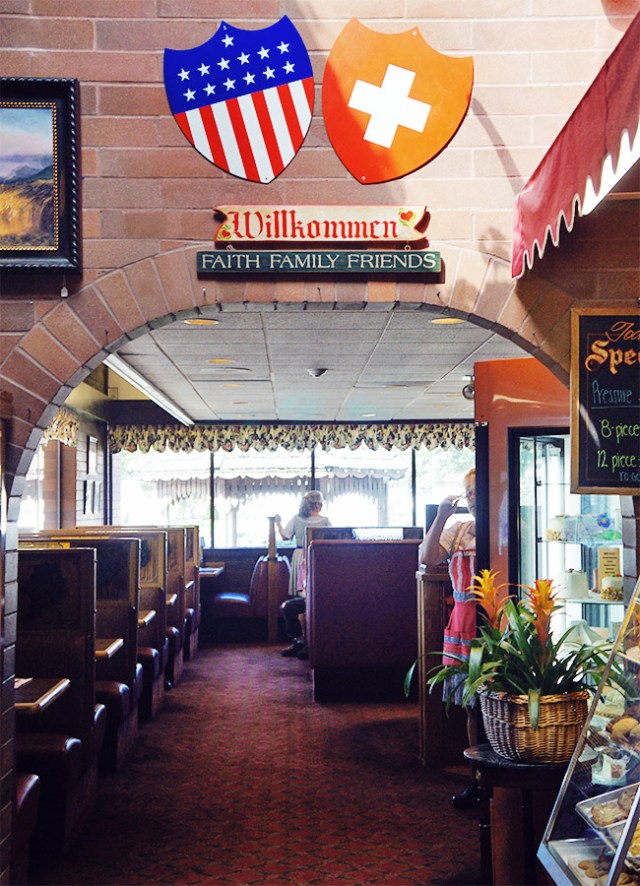 For the first installment of this column, I wanted to start at the beginning. When I moved to the suburbs of Portland in 1986, one of the first restaurants I ever visited was Heidi’s. Founded in 1968, it’s become an anchor of Gresham — the exterior is bound to grab your attention as you drive by.

Growing up, I used to eat breakfast here all the time. The breakfast was always awesome but the truth was, I was actually more obsessed with the cuckoo clocks, waitresses in dirndls and the rotating display of pies. I have nothing but good memories of the place.

Once I got older and moved to the city, I never made it back to Heidiâ€™sâ€¦until this week. It’s easy to glamorize things as a child. Everything looks better, smells better and tastes better because you haven’t experienced what the world has to offer. Since it had been so long since I’d last visited, I was a little apprehensive. I didn’t want my childhood dreams to be shattered! 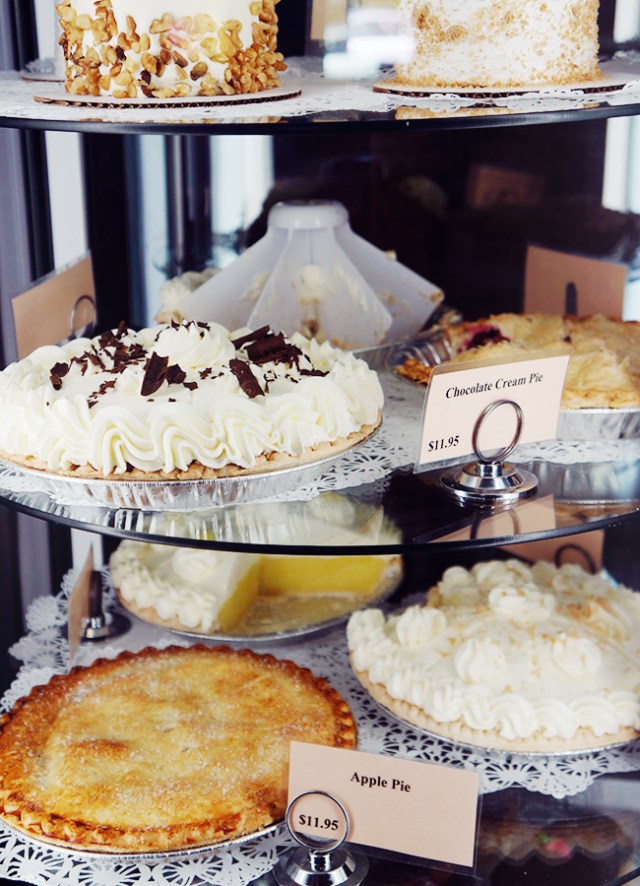 I walked in, obsessively scanning every little detail around me from the decor to the pies to the uniforms. Heidi’s was literally frozen in time. Everything was exactly the same, including many of the waitresses. The gift shop was still full of cuckoo clocks and our sweet elderly waitress made me feel like I’d suddenly inherited a German grandma.

Dining in the middle of the day in the suburbs proved to be quite a trip. Most of the patrons were retired and I didn’t spot anyone using a smartphone. Everyone was just enjoying the company at their tables. What a revelation! In a way, felt like I’d been transported back to 1986, besides the cars in the parking lot. 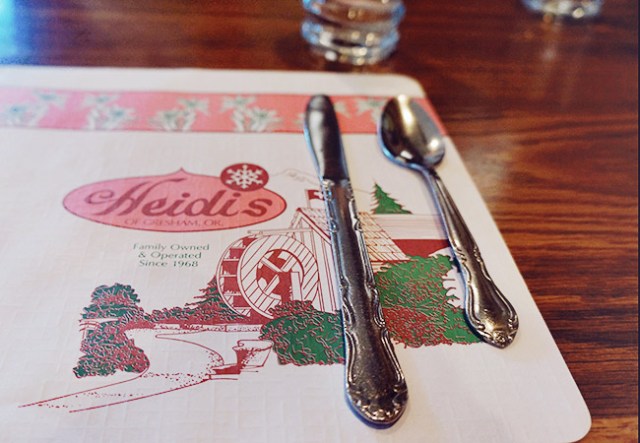 I sat in a booth that I’d probably been in 28 years before. I ordered fish and chips and the food was just as good as I remembered it. It was so good that I cleaned my plate in record time…and ordered a slice of homemade pie to go. Fruits of the Forest, anyone?!

â€œFamily dining” inside a themed restaurant is a total trip. If youâ€™re ever out in Gresham, skip all the chains (because it is full of them) and head straight to Heidiâ€™s.