A Day at the Museum: An Andy Warhol Retrospective 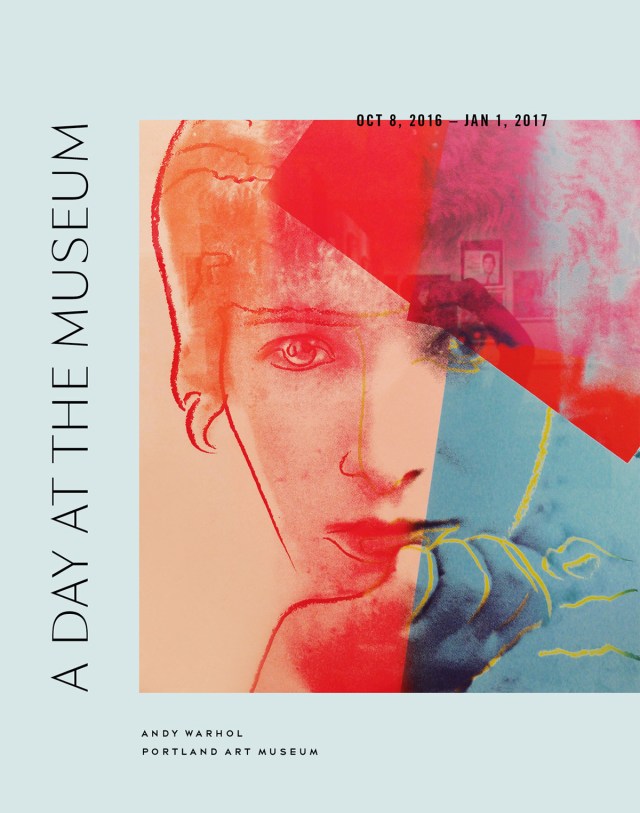 Nearly two weeks after walking through the Andy Warhol Exhibition at the Portland Art Museum, Iâ€™m still feeling a creative buzz. Iâ€™d seen some Warhol pieces at museums before but never in this quantity and with this attention to detail. 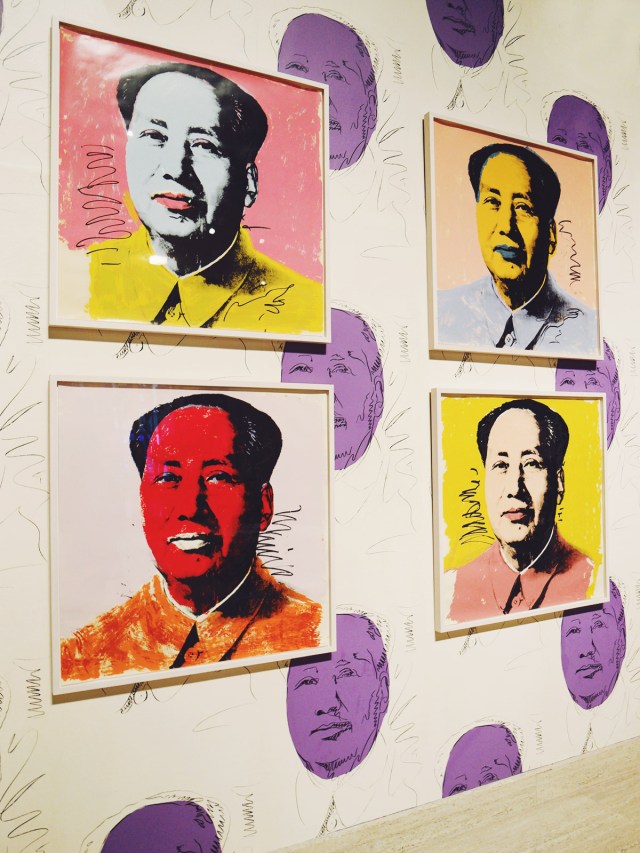 The first thing that makes this exhibition special is that itâ€™s in chronological order, spanning 35 years. This detail makes a huge impact in Warholâ€™s art career because his early works tended to be illustrated while later works were silkscreened so you can see the clear style progression. 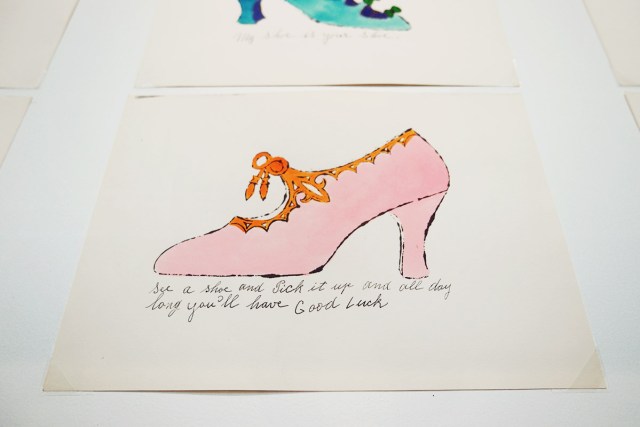 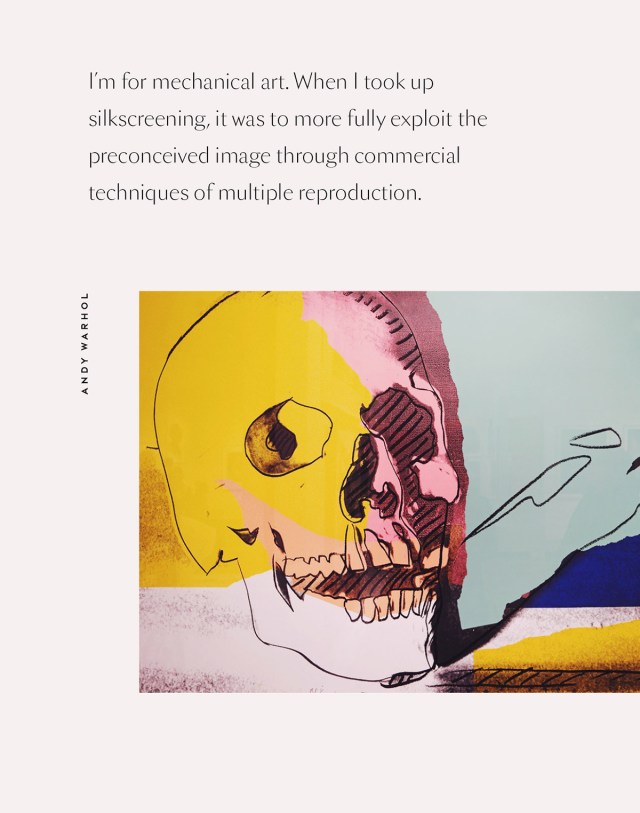 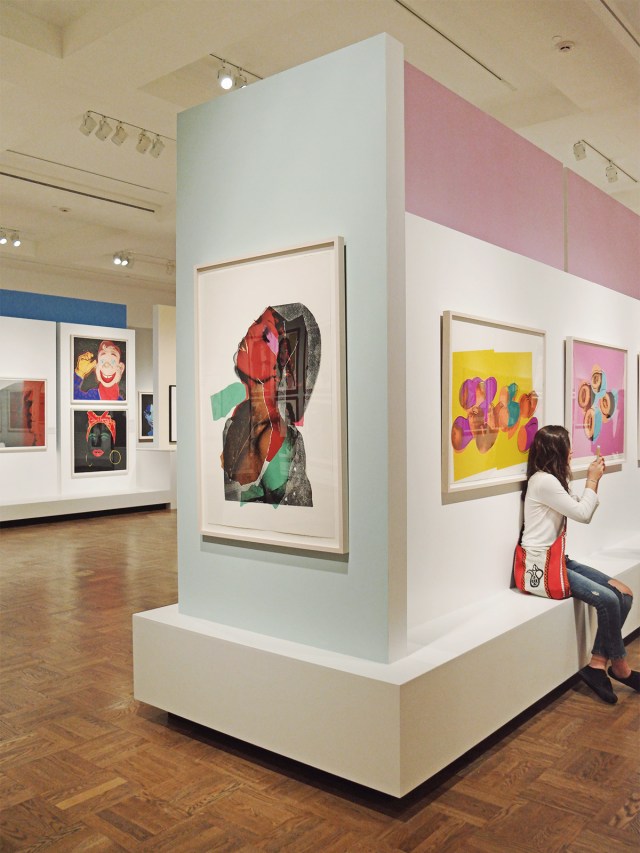 The Portland Art Museum doesnâ€™t just stick with stark white walls â€” there are bright pastels throughout, a massive swath of wallpaper covered in purple Mao heads and even a metallic silver Factory-inspired room. 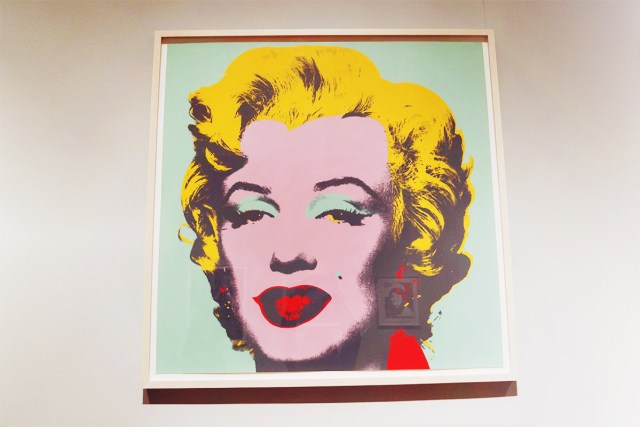 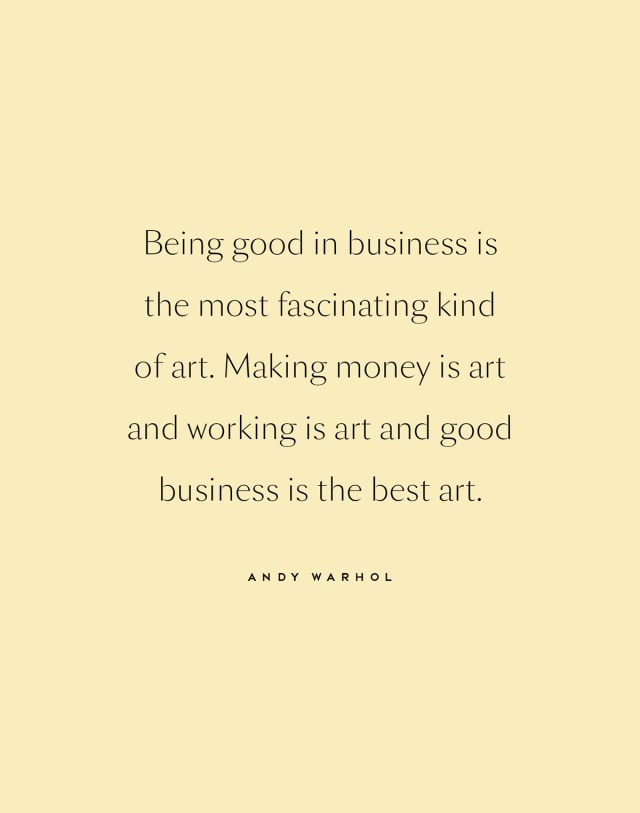 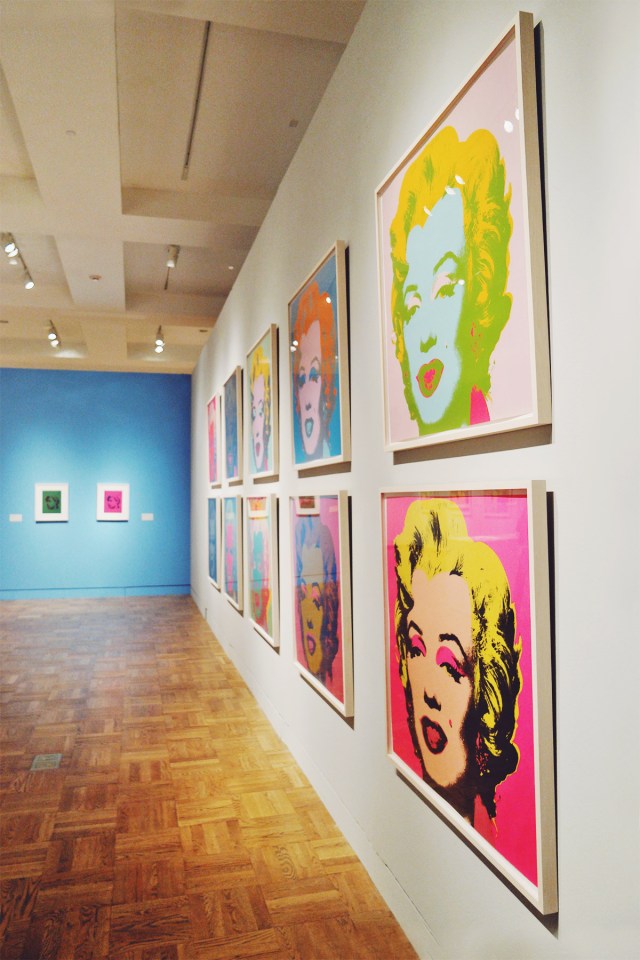 The collection of pieces gives you an inside look into what inspired him at different points in his life and made its way into his art. While the pieces at the starting of his career often featured shoes and handwritten messages in calligraphy (done by his mother!) the next decade had a significant focus on silkscreened household products and celebrities. Later, the series often combined silkscreen with illustrated touches. 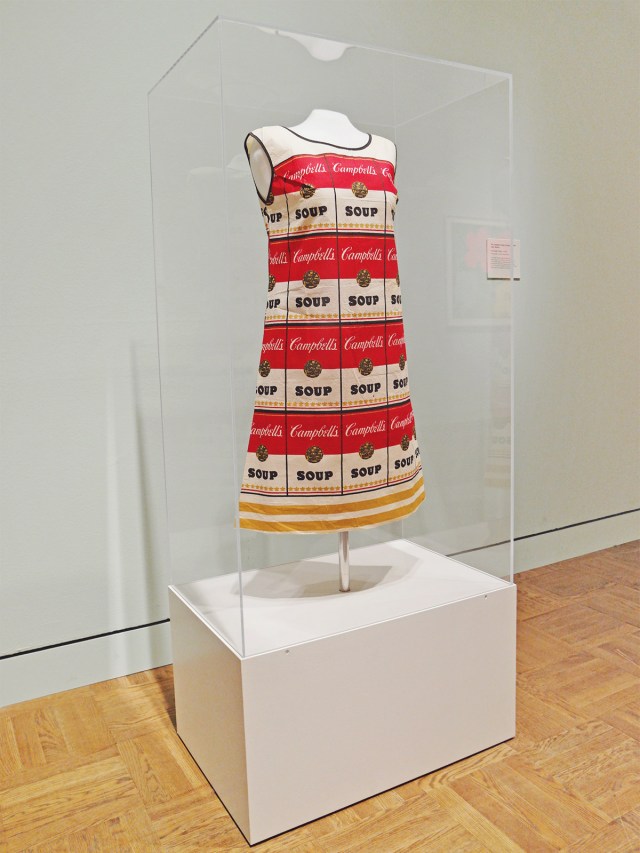 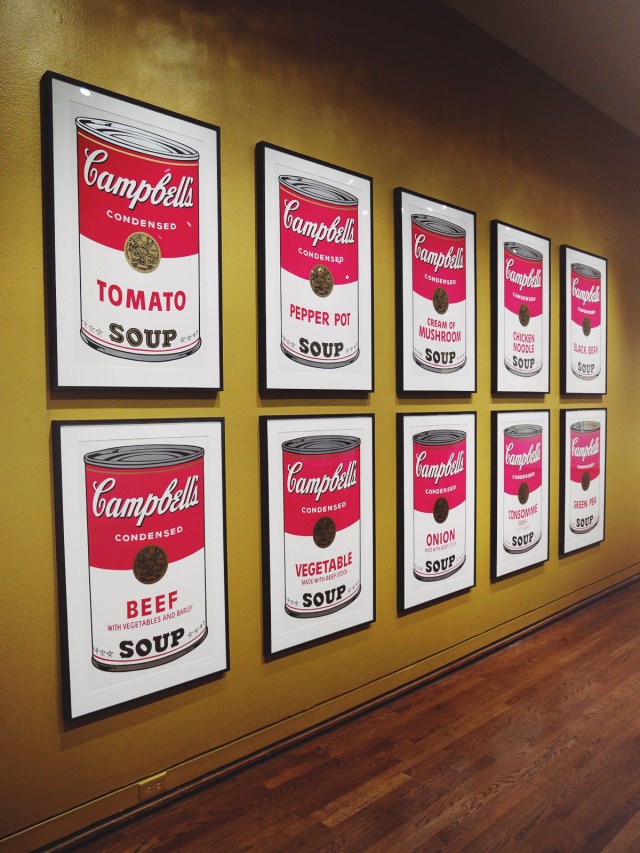 This exhibit doesnâ€™t just contain the most famous crowd-pleasers like Marilyn Monroe, Jackie O. and Campbellâ€™s Soup cans. You get the chance to take in a wider variety of series, many which were private commissions. Seeing these pieces in the mix gives you a better idea of Warholâ€™s creative process as a whole. 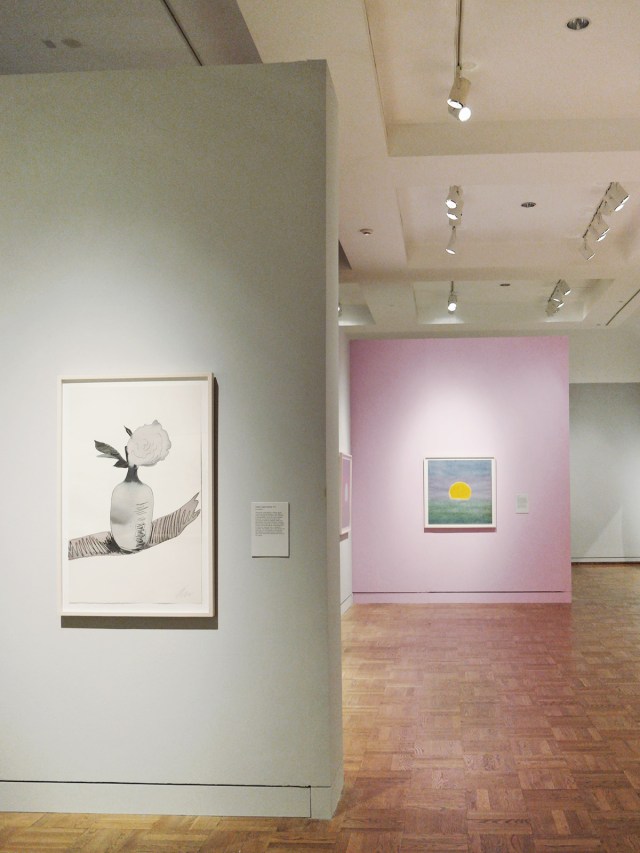 The repetition of silkscreening comes through in some of Warholâ€™s works that are less publicized like his series of sunsets that were commissioned by Phillip Johnson for the Hotel Marquette in Minneapolis in 1972. Thereâ€™s a handful of the mind boggling 632 unique prints (that never repeat!) on display. 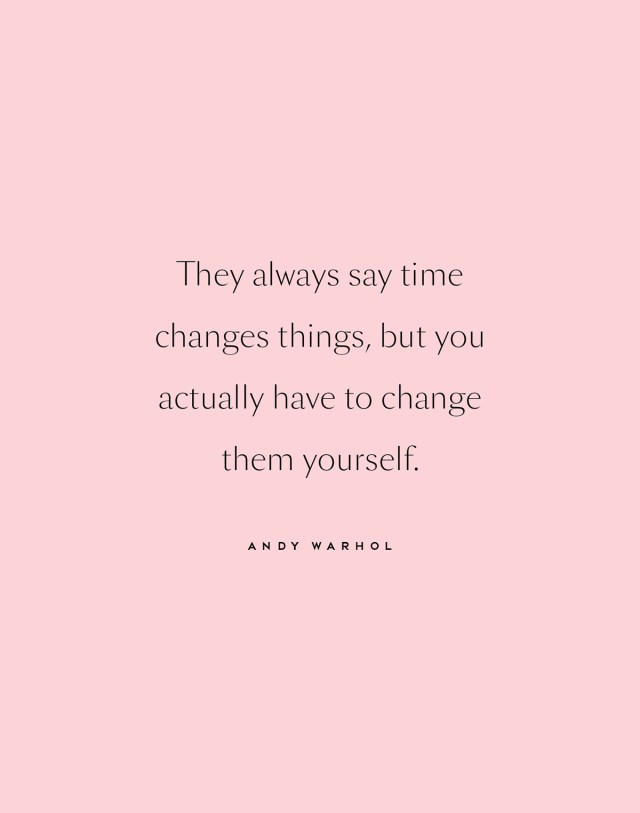 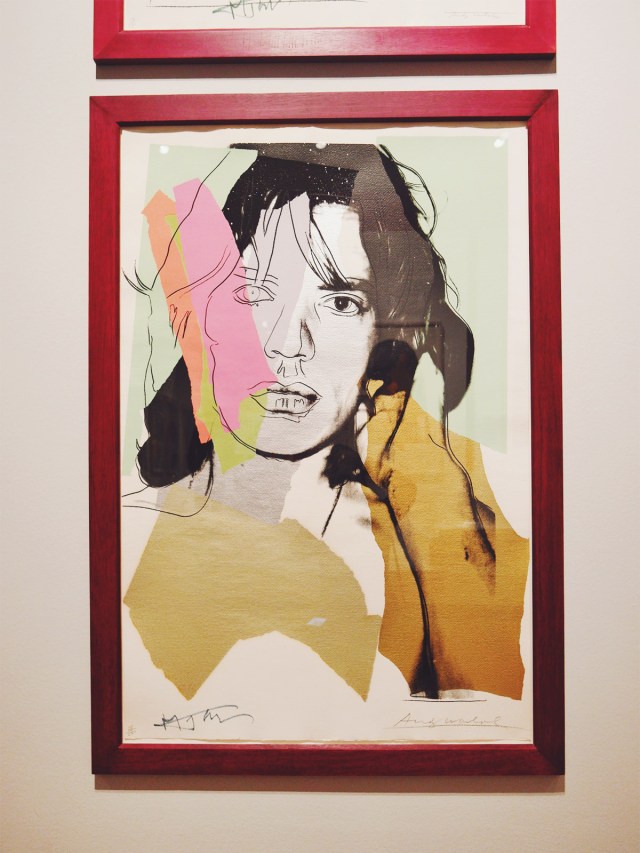 Later portrait series (like the wall of Mick Jagger variations) have the stylized look that made its way onto Interview Magazine covers. 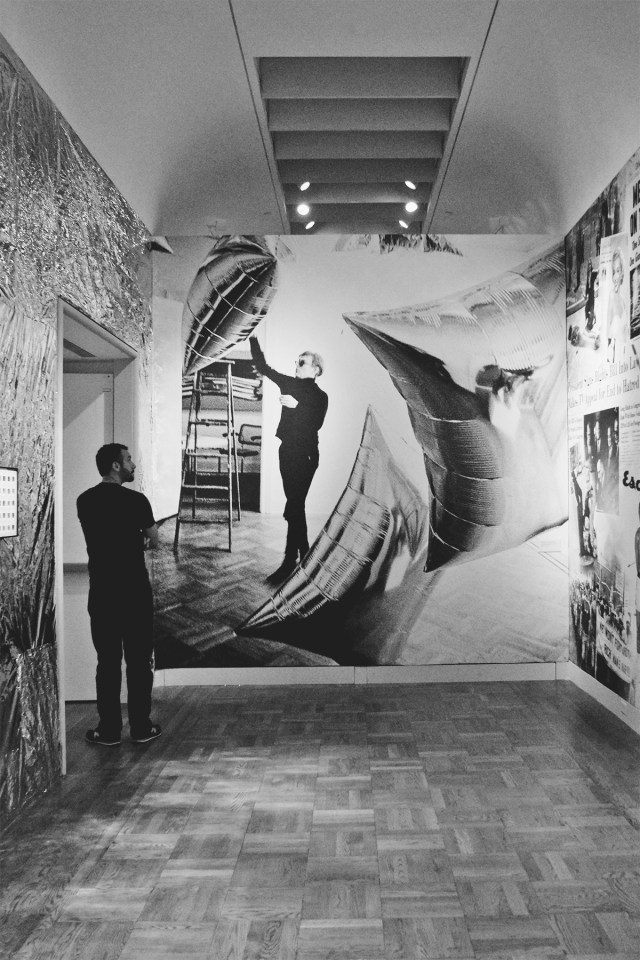 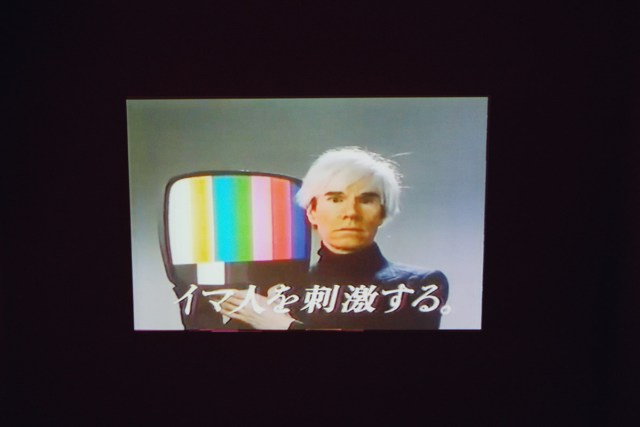 Warhol had a way with composition and color that is beyond inspiring â€” so much so that Iâ€™m planning another visit before the exhibit comes down. Itâ€™s that good. Grab a ticket here!

One Response to A Day at the Museum: An Andy Warhol Retrospective