Out & About: Bar Luce 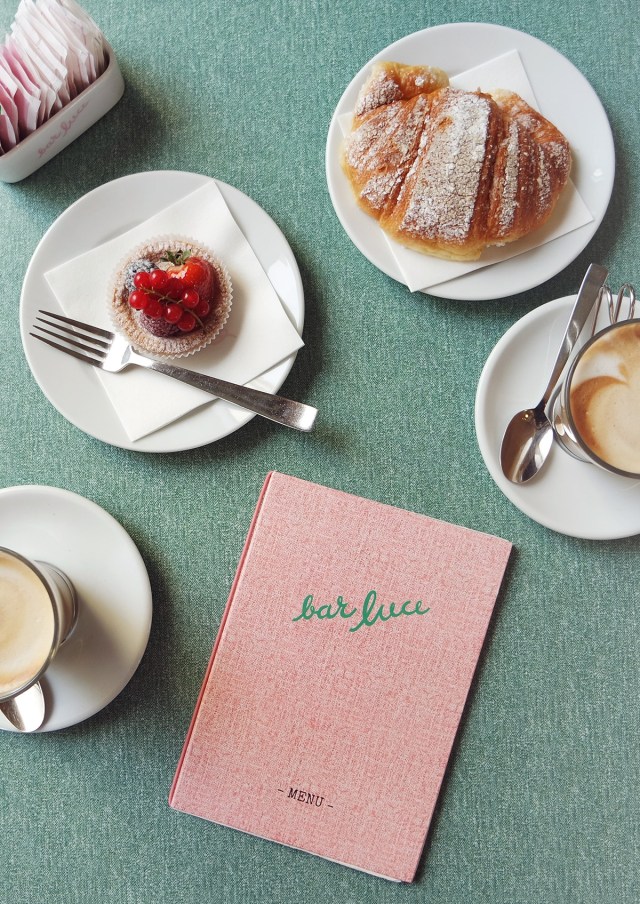 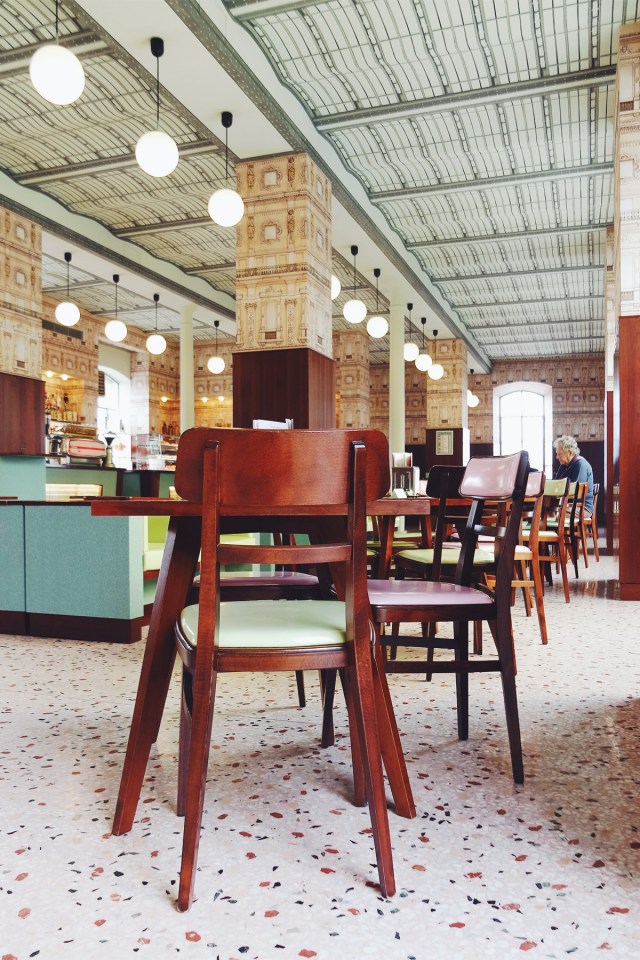 Before I arrived, I asked around about what to do during my visit and Bar Luce was at the top of everyoneâ€™s list. After stopping by this morning, I can see why. 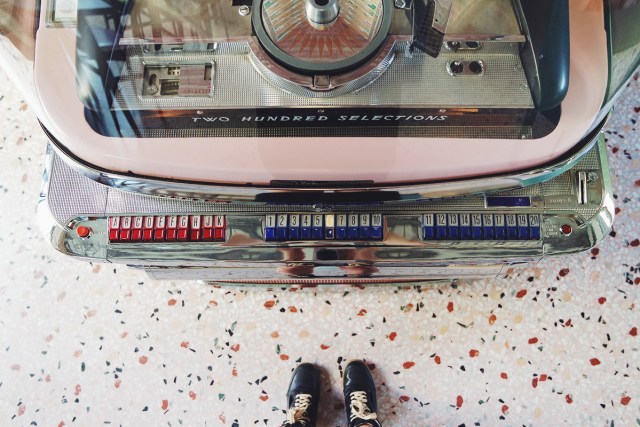 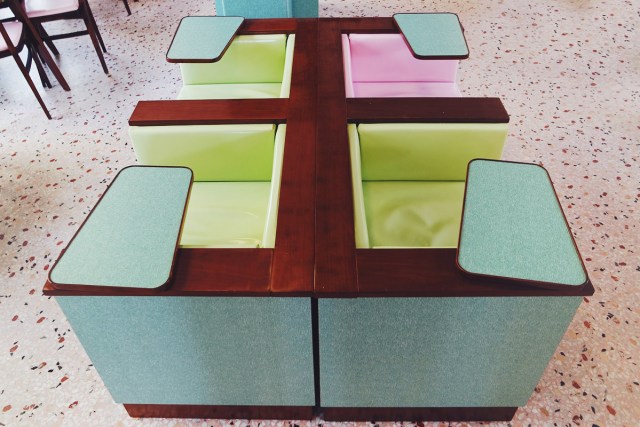 Commissioned by Pradaâ€™s art foundation, the cafe was designed by Wes Anderson in an effort to recreate the atmosphere of a typical cafe that existed in the 50s and 60s in Milan. The baby pink juke box plays classic 50s tunes, the bow-tied waiters offer impeccable service and the coffees and tarts are out of this world. 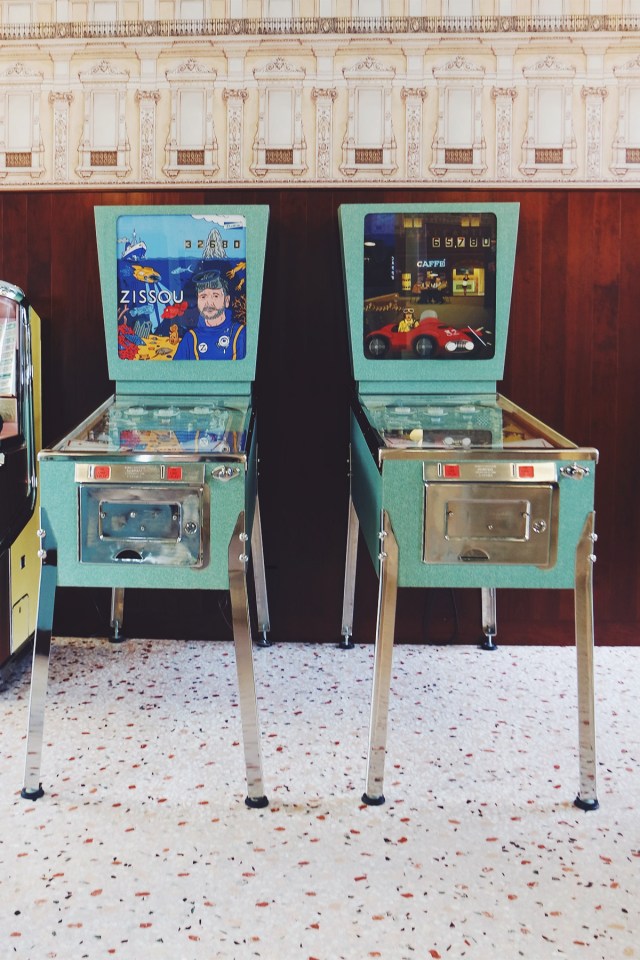 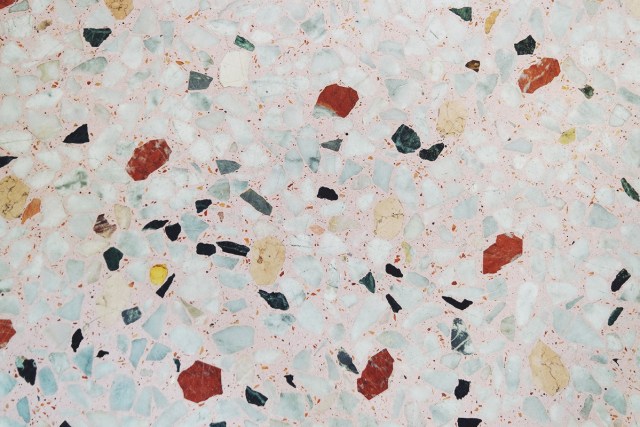 Even though Anderson is famous for his meticulously detailed film sets, he wanted the space to feel like a functional real-life hangout. Of Bar Luce, he said, â€œWhile I do think it would make a pretty good movie set, I think it would be an even better place to write a movie. I tried to make it a bar I would want to spend my own non-fictional afternoons in.â€ 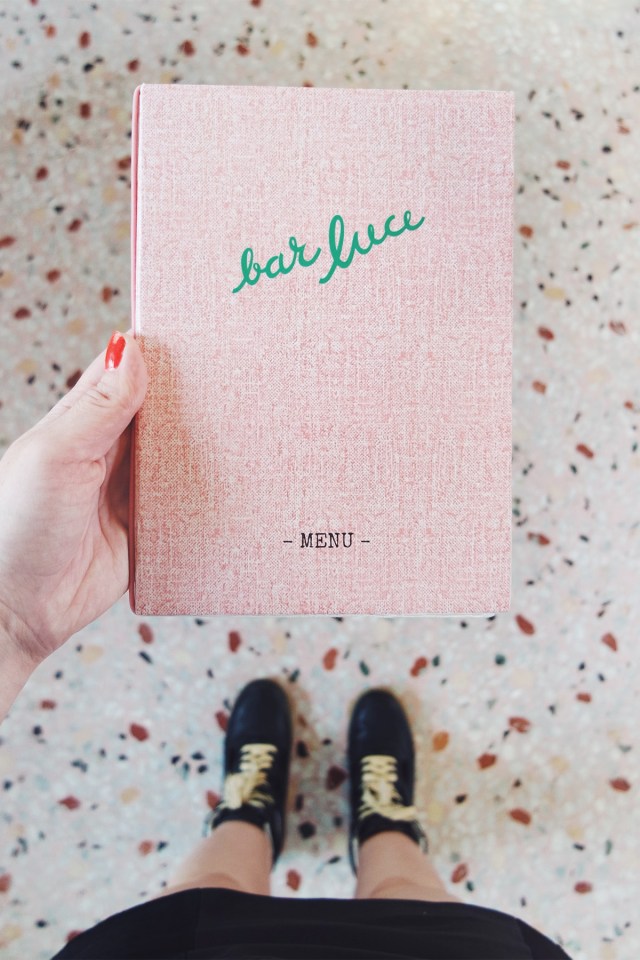 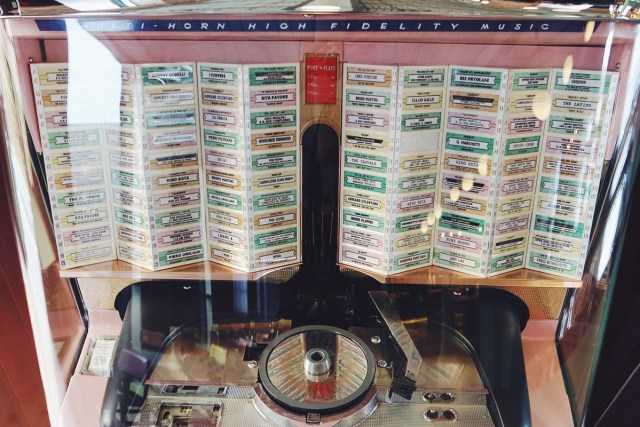 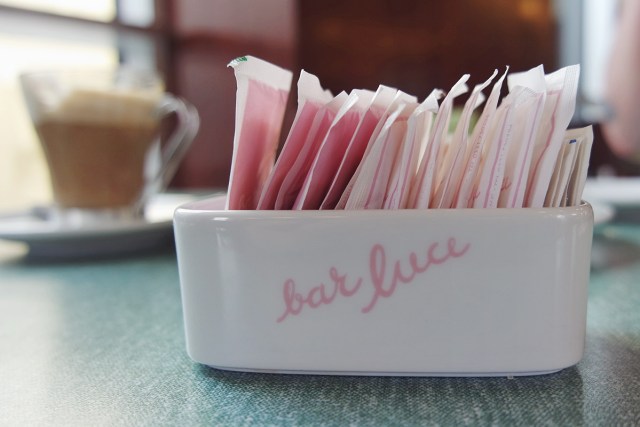 The tables have formica tops and the soft colors throughout mimic the same palettes that were popular during the time period. I walked in shortly after it opened at 9 am and the two other people that sat down were older locals who were reading the paper alongside their morning coffees. Surprisingly, the place wasnâ€™t overrun by tourists at all. 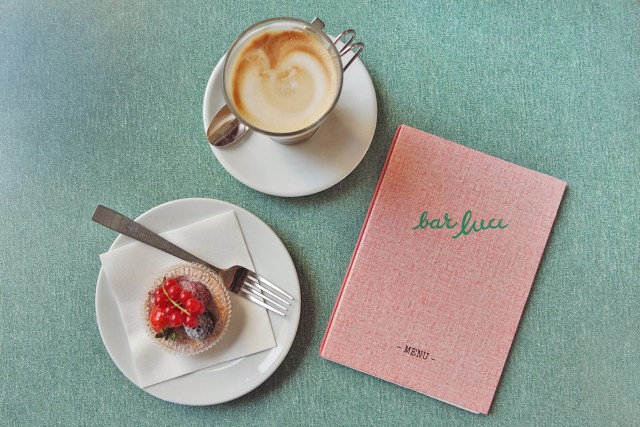 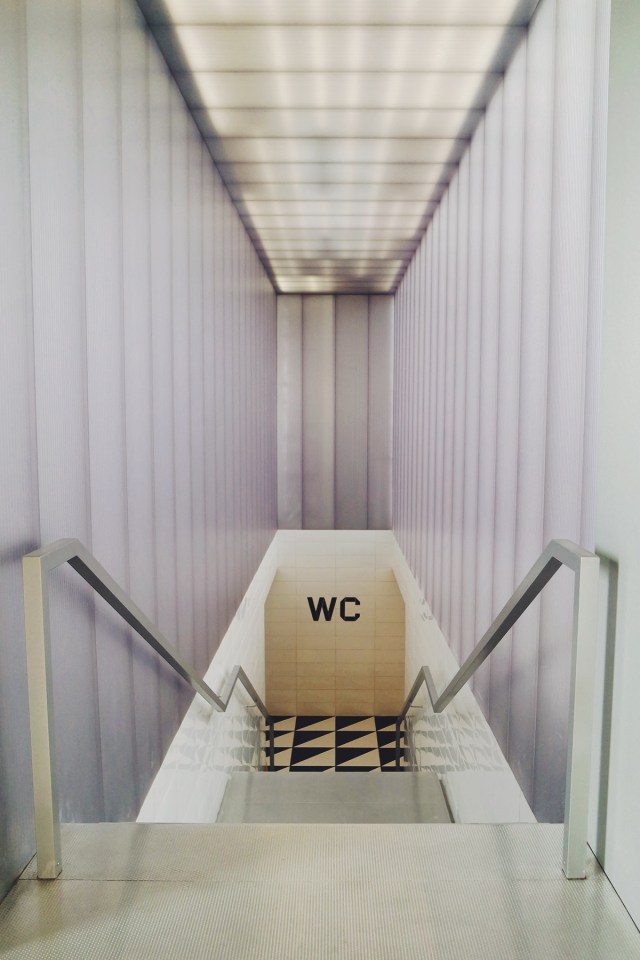 Even with all the design-focused details and a famous pedigree, Bar Luce feels cozy, functional and welcoming. If youâ€™re going to Milan, this is a must-visit.

3 Responses to Out & About: Bar Luce