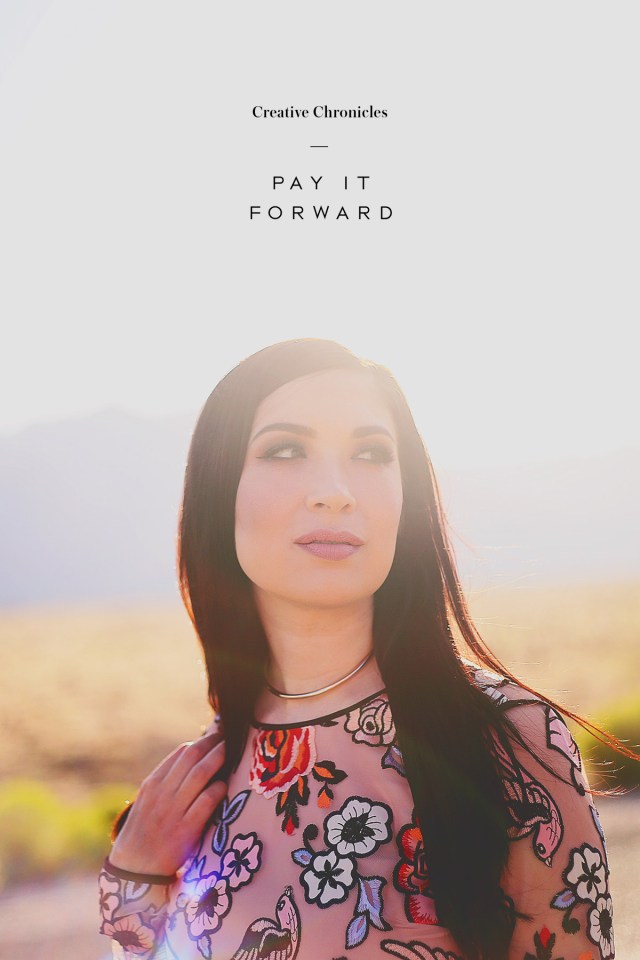 Pay it forward is defined as responding to a person’s kindness to oneself by being kind to someone else.

There are points in our creative careers when we need a helping hand â€” someone who is willing to reach out and make a connection that gives us a chance to take a much needed leap.

When I decided I wanted to be a graphic designer in my mid 20s, it was a bit overwhelming. Learning the skills needed to find a job in the industry was hard enough but perhaps more challenging was the fact that I didnâ€™t have a single connection to make it happen. A decade later, Iâ€™m happily running my own studio but it was a battle to get here. Luckily, a few kind souls along the way believed in me and gave me a chance.

So thatâ€™s the topic of today: paying it forward and being genuinely helpful without expecting anything in return.

Iâ€™ve been thinking about this topic because I get emails from fresh design graduates all the time wanting to meet for coffee or do portfolio reviews. Though I canâ€™t say yes to everything and am often traveling, I always try to respond and make the time whenever possible.

A few weeks back, I met a wonderful girl named Rose and as we were reviewing her portfolio, I mentioned that it was really important for me to get out and meet with new graduates because it was my small way of giving back.

The reason for this is because if it wasnâ€™t for the four people below believing in me, I donâ€™t know where my career would have ended up.

Hereâ€™s the backstory: when I decided to go back to school for the third time at 25 (yes, it took me awhile to figure out I should be a designer AND that it was a viable career), I knew that I wanted to work at a studio or agency within 2 yearsâ€¦but knew no one.

I got to work on making that happen but with rent to pay and full-time hours at a shoe store, I never had time to go out and make many connections. The one time I did was to a party at Nemo Design. I walked in and thought, â€œI want to work here.â€ Little did I know that a few years later, it would be my first design job. 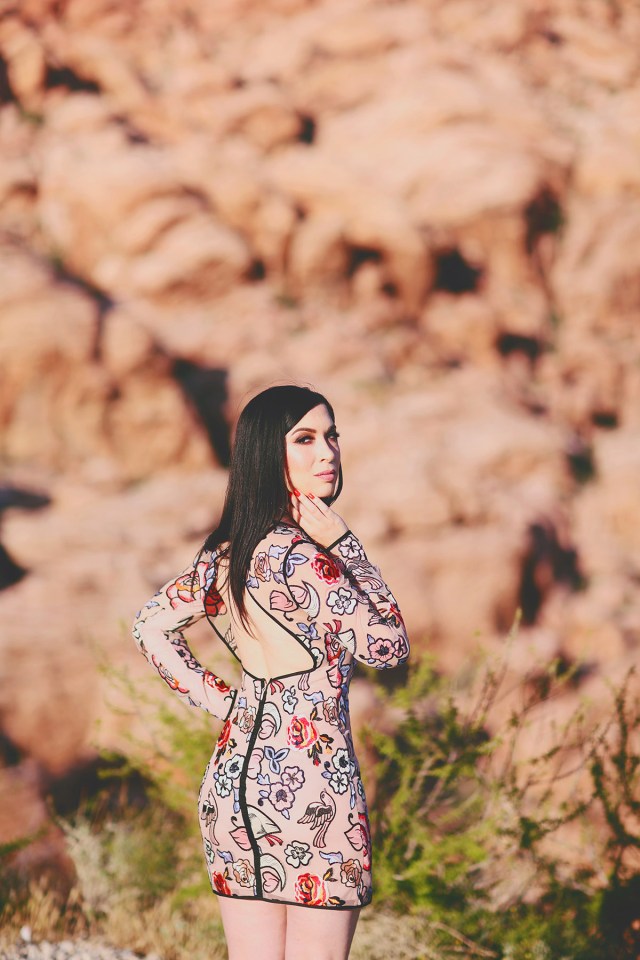 Chris ran my design program at Mt. Hood Community College and as our first year of classes came to an end, I told Chris I wanted to have an internship during my second year. â€œWhere at?,â€ she asked, without missing a beat. â€œMy dream would be Nemo Design.â€ She fired off an email to a former student who worked there a minute later and that eventually opened the door to my first interview.

I spent the summer of 2007 sending emails and walked into Nemo a few months later for an informational interview, my cheap plastic portfolio with just a yearâ€™s worth of projects pieced together. All the designers and art directors were busy so Paddy met with me instead. We hit it off because she liked that I enjoyed blogging and working in a variety of design styles. Thanks to her kindness, I started my first ever internship a few weeks later.

When the economy tanked, design work was hard to come by but a chance meeting with Dan changed everything. He became my biggest cheerleader, sharing my work with studios around town and eventually got me a gig at Nike. One placement at a studio was supposed to last 3 days and ended up stretching on for over a year, giving me much needed stability. To this day, Dan and I still grab lunch and keep in touch â€” I know I can trust him, no matter what happens in my career.

Cinco Design was somewhere Iâ€™d always dreamed of working but it felt completely out of reach. Their work is so smart, sleek and polished. A day before I was supposed to sign a contract with another studio, Julie emailed me out of the blue. Weâ€™d met during an interview at another company years before and she asked if I wanted to stop by. At the end of that meeting, I had a job offer. Soon after, I started working on their branding team. I only had the chance to stay for a year and a half (Blogcademy took off and traveling kept me on the road) but Iâ€™ll never forget everything I learned during that time with Julie as my Creative Director. 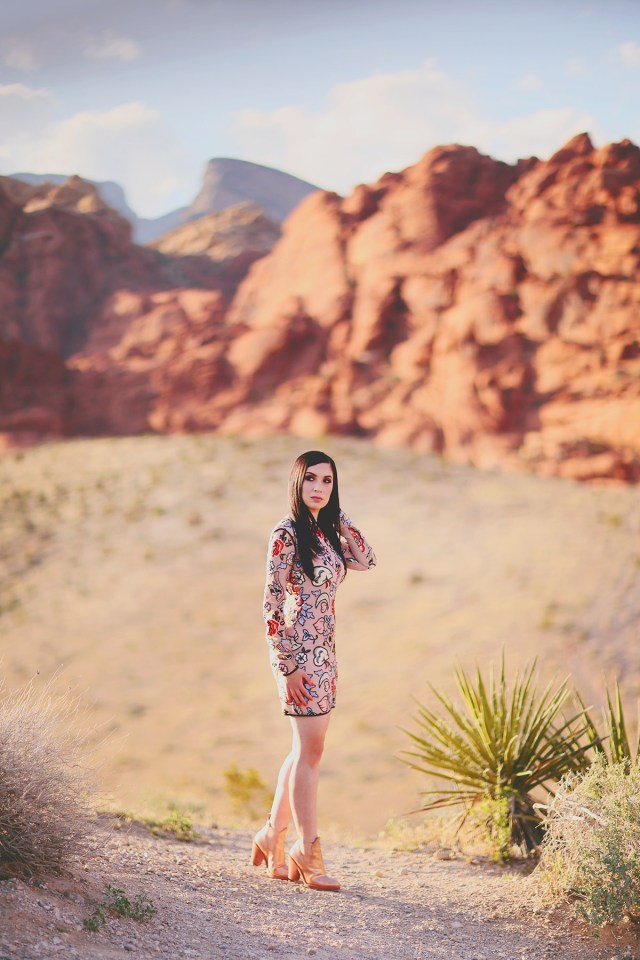 A lot happened in between each encounter but these 4 meetings stand out as being the catalyst that helped me build a career. Weâ€™ve all had moments where someone believed in us when things felt impossible and their acts of kindness helped us reach our goals. The great thing is, as we reach new levels, we can each do the same.

How can you pay it forward?

â€¢Â The next time you have an overflow of client inquiries, recommend a friend who needs some extra work for the job.

â€¢Â The next time you hear of an opening where you work, think of the people you know who may be looking for a new job.

â€¢Â The next time someone asks you to introduce them to someone you know, take the time to make it happen, right then and there.

â€¢Â The next time you spot an opportunity on Twitter, Instagram or a blog, forward it to to the first person who comes to mind.

Acts of kindness donâ€™t have to be massively time consuming â€”Â setting aside 10 minutes can literally change someoneâ€™s life.

Photos: Made U Look