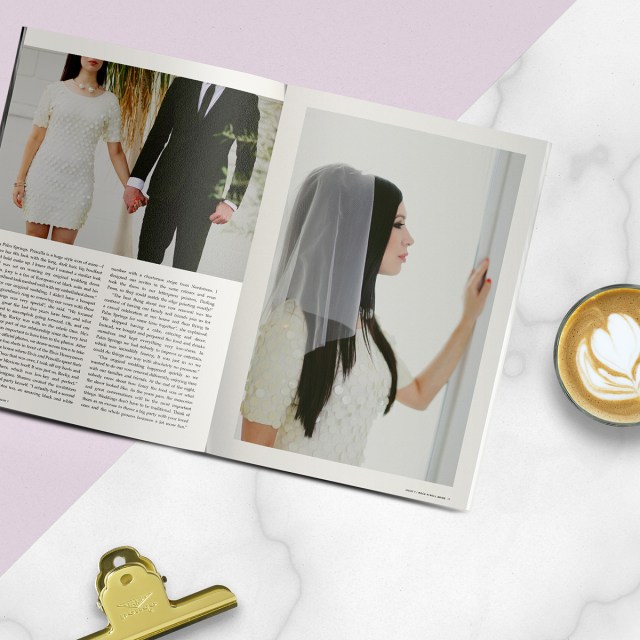 Awhile back, I shared my vow renewal photos here which were taken in honor of my 5 year wedding anniversary with Joey. Back in 2010, after just 9 months of dating, we eloped to Vegas with my BFF Bianca without much of a game plan besides having a really good time â€” and I donâ€™t regret a thing!

Five years later, weâ€™d fallen in love with Palm Springs and decided to have a little vacation in a rented mid-century modern house for a few days with Made U Look Photography shooting photos so weâ€™d always have those memories. 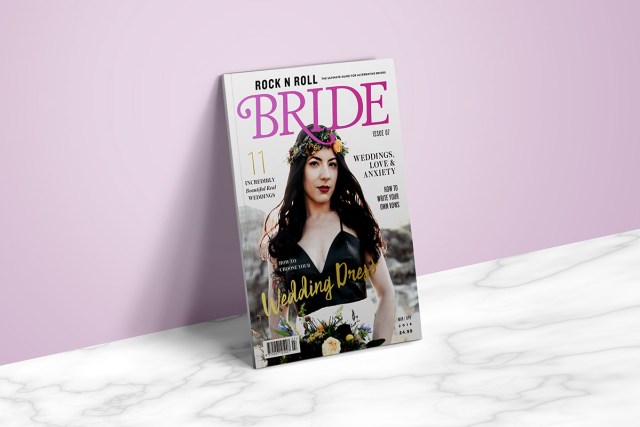 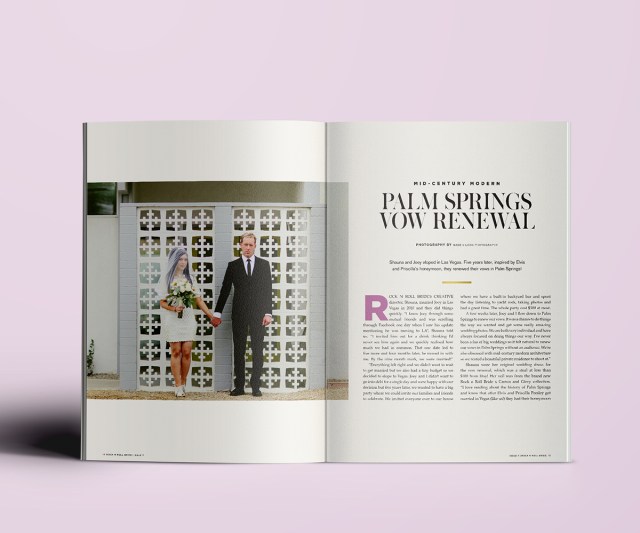 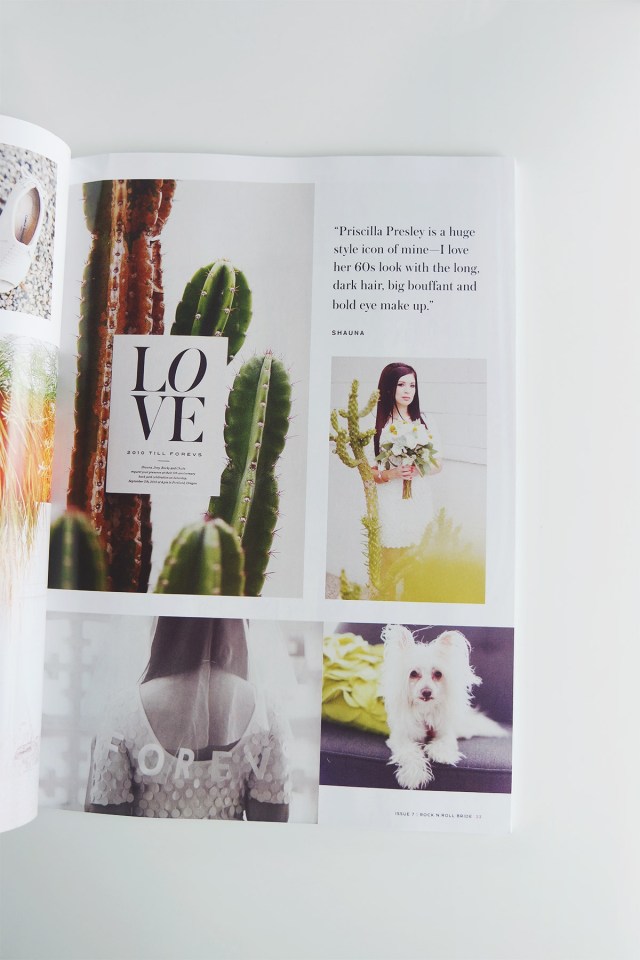 Rock n Roll Bride is a UK-based alternative wedding publication thatâ€™s ran by my friend, Kat and while designing a magazine has always been my dream career scenario, I never thought Iâ€™d end up featured in one! 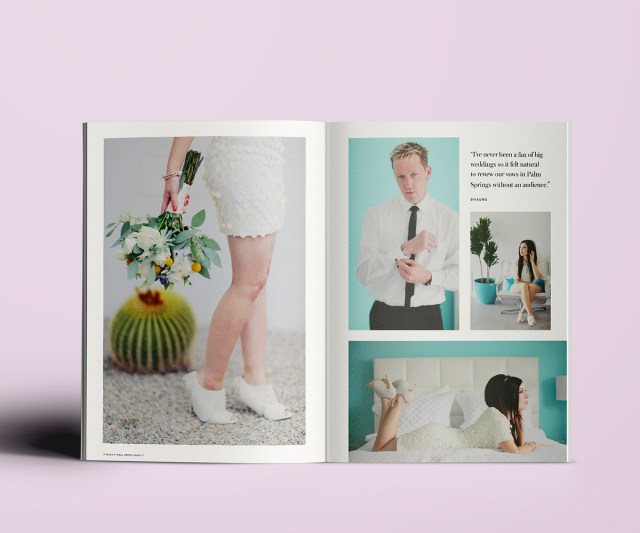 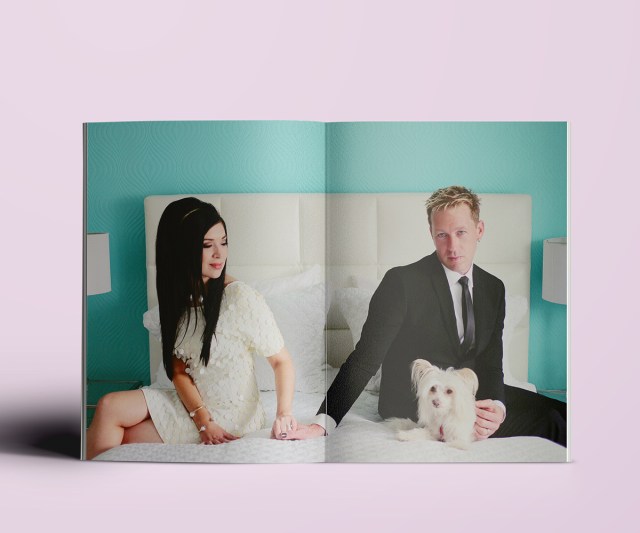 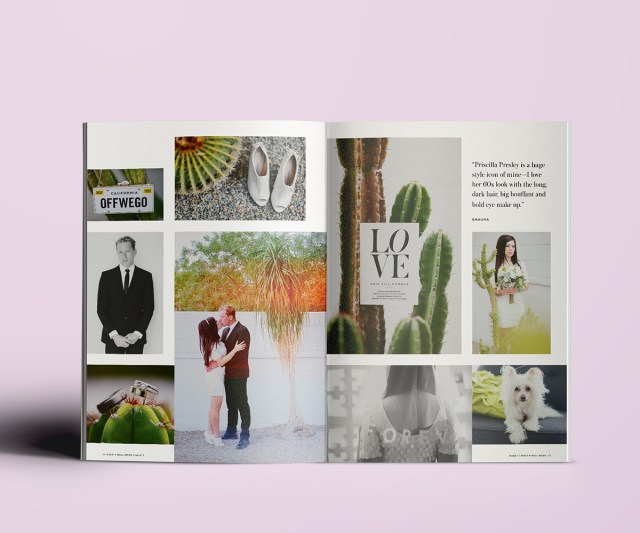 Being across the world from the magazine headquarters means that I donâ€™t often see the current issue in print until itâ€™s been out for a few weeks so having a stack show up on my doorstep a few days ago and being able to finally hand them out to family and friends has been completely surreal. 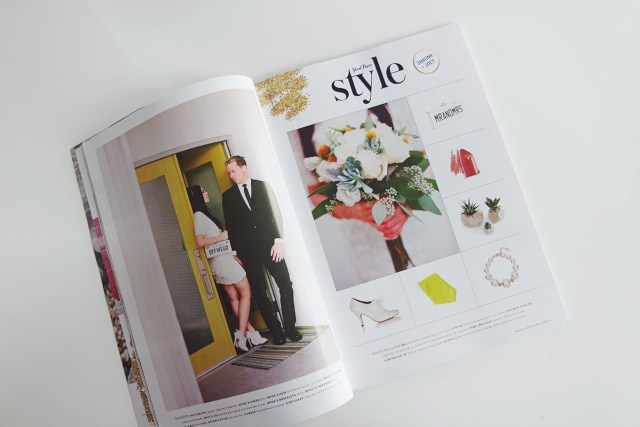 I was never very traditional when it came to weddings and was so overwhelmed with the choices related to my own, I didnâ€™t even start planning. Running off to Vegas was the easiest solution! Now, having the opportunity to design Rock n Roll Bride has changed things for me because I see weddings completely differently. They can be as unique as the couple involved and have the potential to simply be an epic party instead of the stuffy occasions I remember attending as a kid! 😉 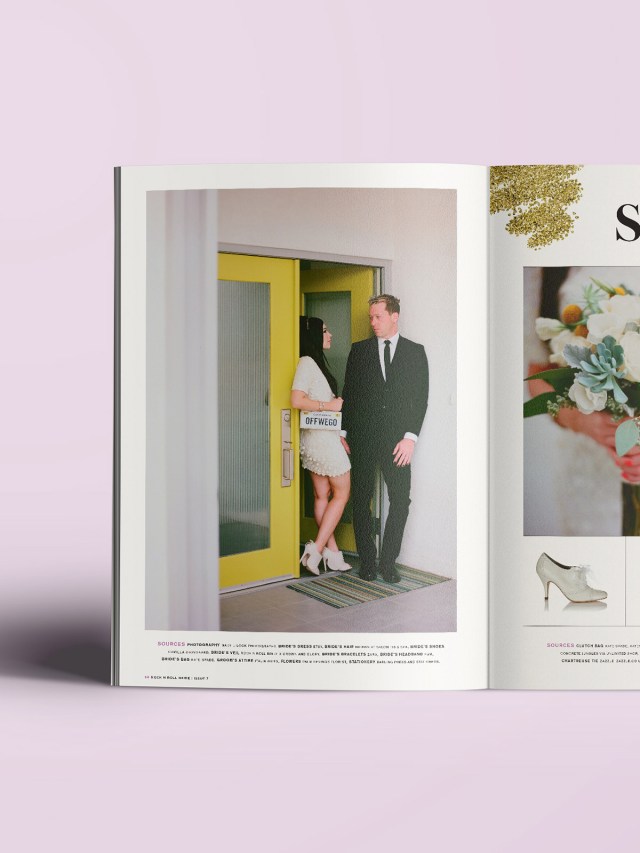 Being featured while simply wearing my original wedding dress and hanging out with Joey and Rocky has been a highlight of this year. Itâ€™s refreshing to be a part of a magazine that lets couples shine as themselves with no outside styling or demands. Iâ€™m glad a place like this exists for brides-to-be to realize that what they want, even if itâ€™s a DIY backyard wedding or an elopement is totally fair game.