Little Lessons #12: What A Long Lost Disney Character Taught Me About Comebacks 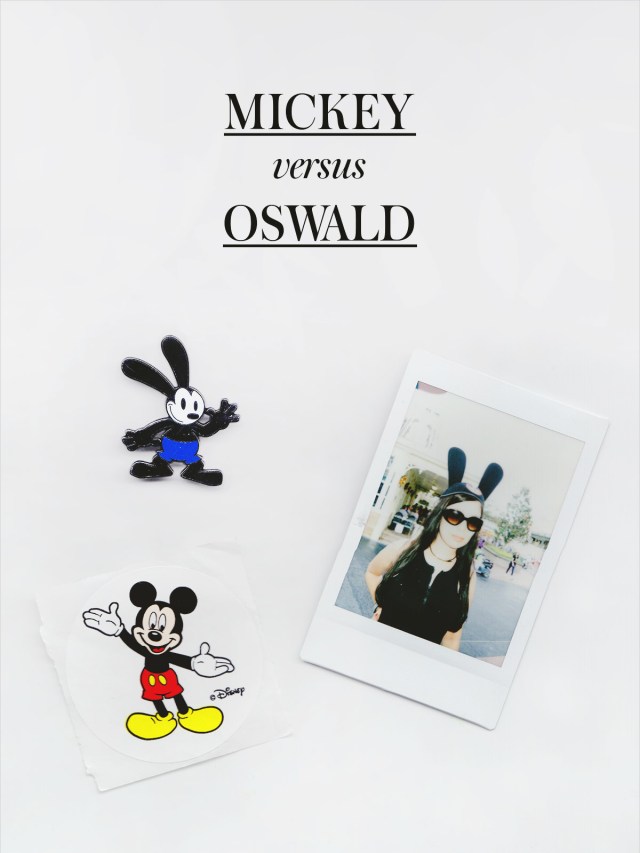 It all started on Main Street in Disney World.

As I was walking out of a store brimming with merchandise in the Magic Kingdom, something peculiar caught my eye. A classic Mickey hat had sprouted massive black rabbit ears. “It must be a special edition for Halloween,” I thought. Amused, I picked it up and saw a very Mickey-esque badge on the front emblazoned with Oswald The Lucky Rabbit. Still having not a clue what this oddity was, I carried it up to the cash register. “Is this a real character?,” I asked. The cashier didn’t miss a beat. “Yes, he was Walt’s original creation before Mickey.”

This was my eighth time visiting a Disney theme park and I’d never heard of this so-called lucky rabbit. Surely, I couldn’t be the only one left in the dark about his existence.

Gala and I bought matching Oswald hats and started googling the second we got back to our hotel room, obsession quickly setting in.

It turns out that Oswald was dreamed up by Walt Disney and a partner in the 1920s but Walt eventually separated from the project. New people joined in to create Oswald cartoons, carrying him into the 1940s before he faded into near obscurity.

Walt of course went on to create Mickey Mouse, who bears a striking resemblance to Oswald while the poor rabbit gathered dust until 2010, when Disney finally negotiated buying the rights for good.

The story has a familiar ring: Oswald came first and in my opinion was cuter and much more unique, but things didn’t go as planned and soon, Mickey hogged all the spotlight. Long the underdog, Oswald is finally getting the recognition he’s always deserved.

We all know that feeling too well: we work hard to be original only to feel slighted when someone seemingly less talented rolls up with a similar idea and hits the big time. The sting can be intense and jealousy filled, leaving even the strongest soul feeling slighted.

Being an underdog isn’t easy. The comparison game creeps in and on the hardest days, quitting can feel like the only option. If you’re feeling this way, I want to encourage you to keep on going. Stay focused and stay determined.

Whenever I feel comparison taking hold, I always remind myself that slow and steady wins the race. It’s better to take your time and build your vision in an ethical, meaningful way than to duke it out for a quick moment in the spotlight.

Oswald is my new Disney hero because he’s a great reminder that anyone can make a comeback.

3 Responses to Little Lessons #12: What A Long Lost Disney Character Taught Me About Comebacks