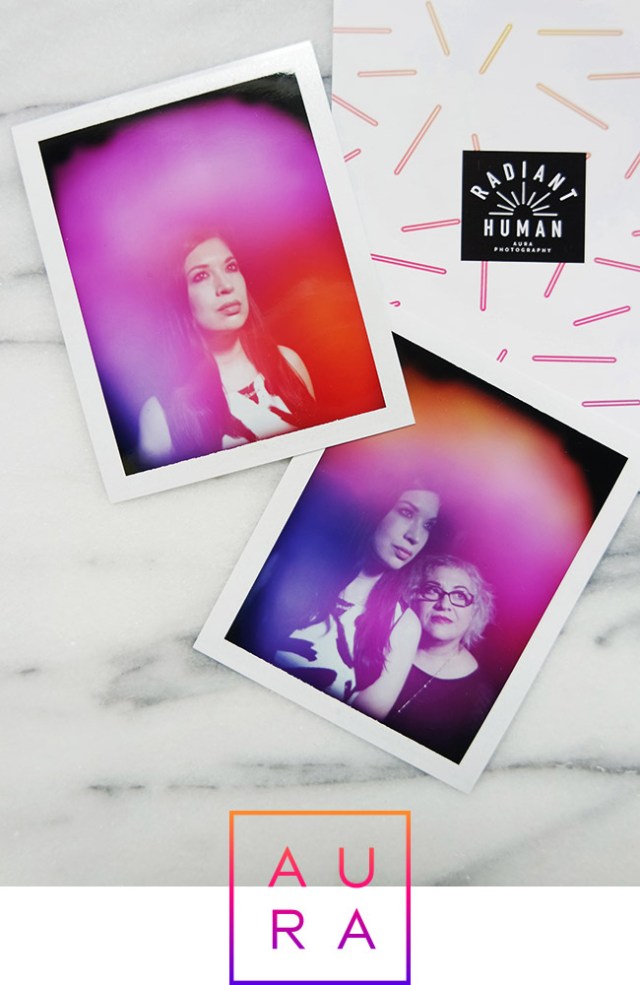 Well, thanks to a spur of the moment outing, I have another print in my collectionâ€¦but it’s completely different than anything else I’ve seen.

Over the weekend, I got a text from my aunt Shannon, asking if I wanted to join her to have an aura photo taken. Waitâ€¦I’d heard of that! A few months earlier, Gala showed me the wildly popular Radiant Human Instagram account and Christina happens to be located in Portland (though you should check out her dates — she often hits the road, visiting California and New York).

Staring directly into a bright light and trying not to blink for 10 whole seconds took some serious concentration. And then, just as quickly as it had begun, it was over. I paid up ($25.00 for a single person or special group rates for multiple people in the same image) and was then handed my photo by Christina who explained what my aura meant. I was so surprised by how different my photo was from Shannon’s â€” her green and blue aura contrasted sharply with my red and purple.

“The aura given out by a person or object is as much a part of them as their flesh.” â€”Lucien Freud 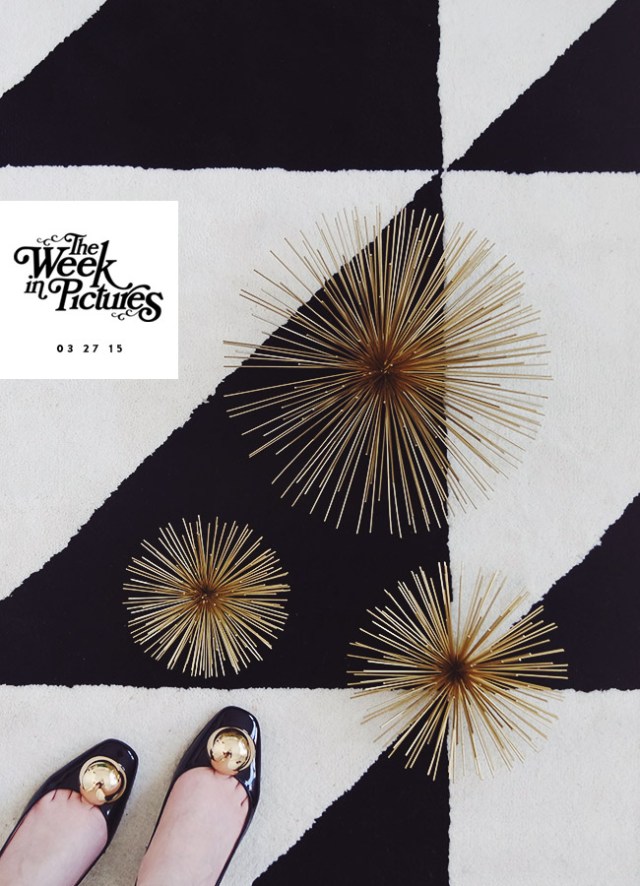 Hi everyone! How was your week? Mine definitely fell into the work hard / play hard variety â€” plenty of exploration but also plenty of leaving the office at midnight. With everything that happens in life, thereâ€™s always the opportunity to grow â€”Â I definitely felt myself getting pushed outside of my comfort zone this week but learned so much. It feels good to be evolving in both life and business. 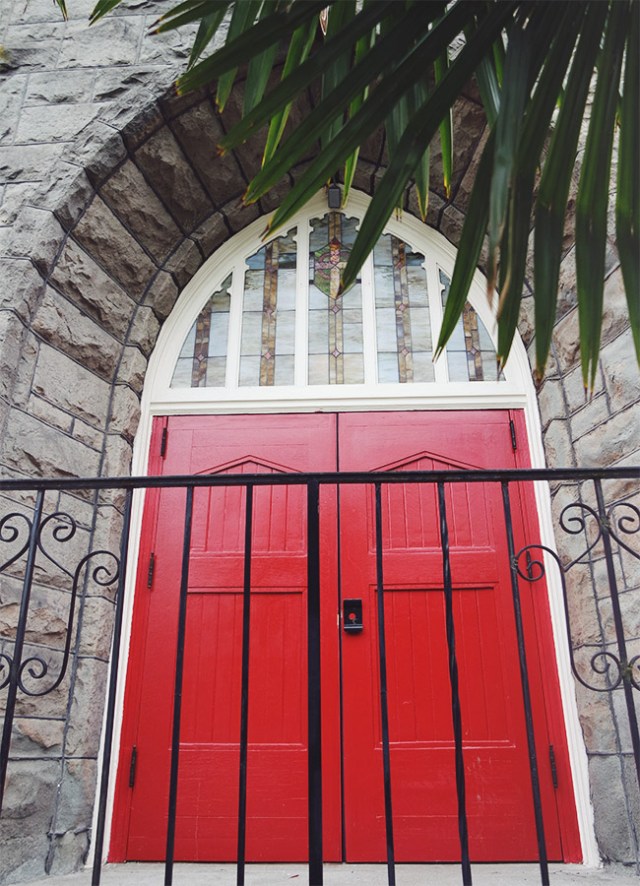 A highlight of my weekends is getting up early on Sundays when the rest of the city is still asleep and taking long walks through different neighborhoods. 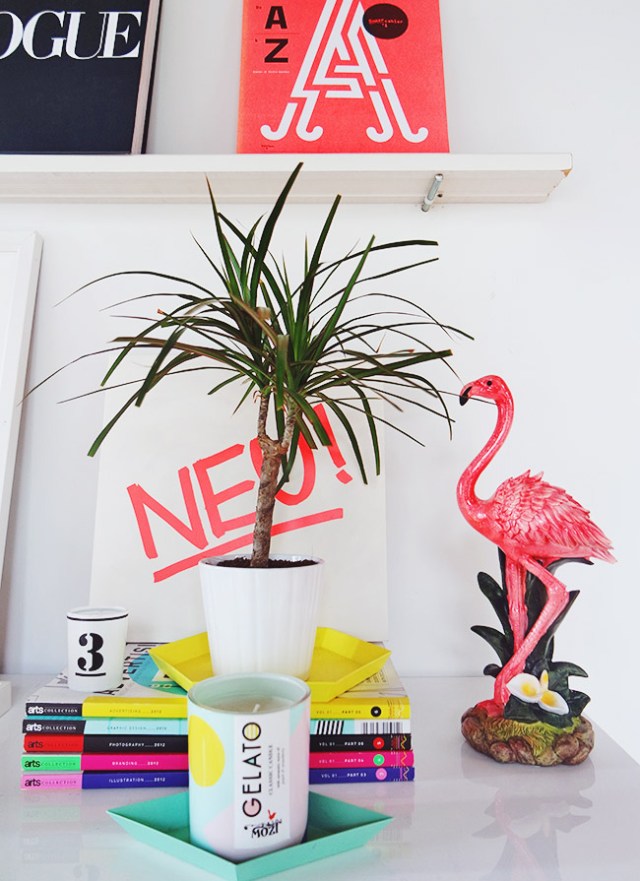 The Branch office definitely has a modern tropical theme going on! Keeping it bright and happy up in here. 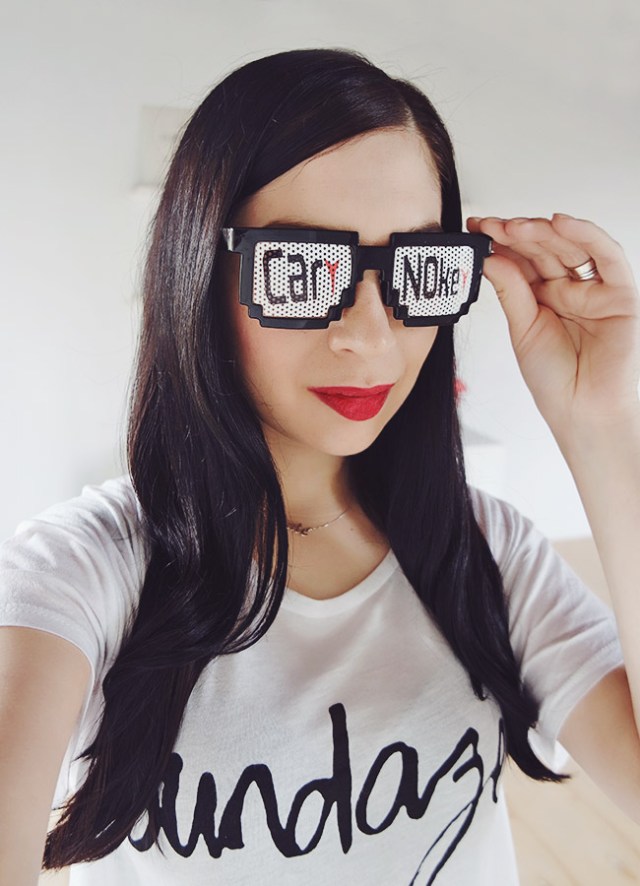 My musical obsession lately has been Cary Nokey so when I unexpectedly won an Instagram contest and a pile full of awesome merch landed on my doorstep, it felt fitting to dance through the office wearing these glasses. Check out Cary Nokeyâ€™s videos here and the newest album on Spotify here. 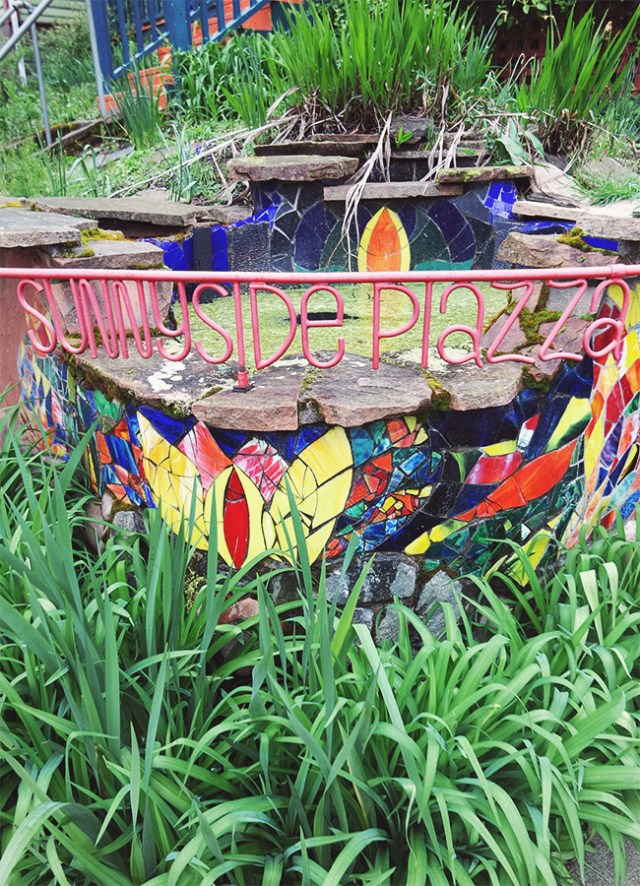 Those of you who live in S.E. Portland will probably recognize this colorful corner! 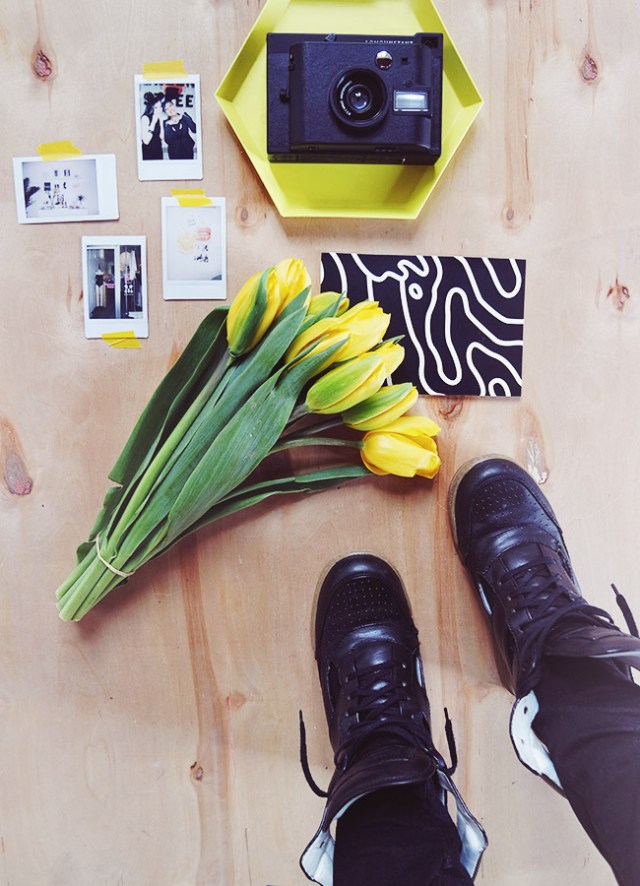 This week Iâ€™ve been helping Uncommon Goods out with their Instagram and sharing some of my favorite products of theirs â€”Â pretty much the most fun job ever! See, itâ€™s possible for even the most random hobbies (like shooting still lifes) to turn into work. 😉 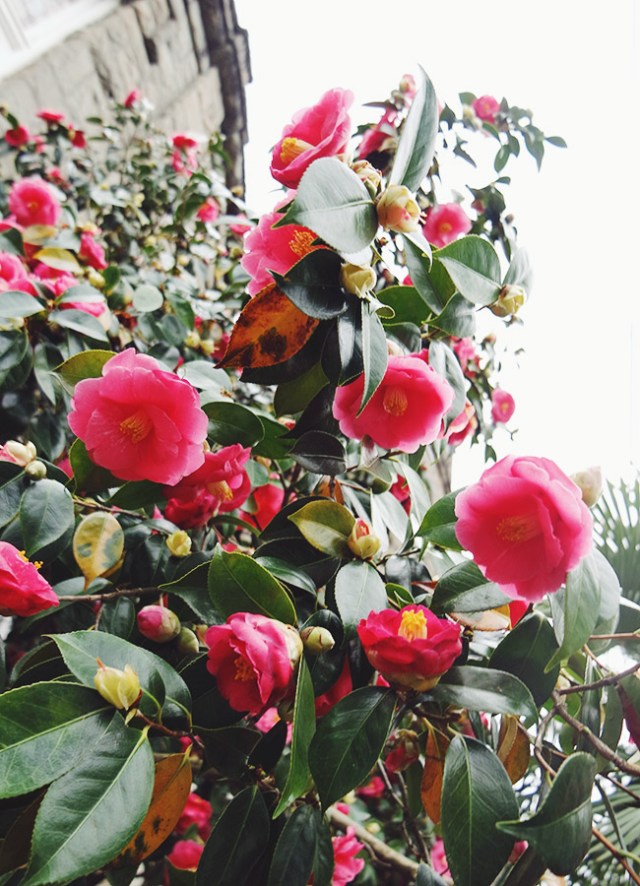 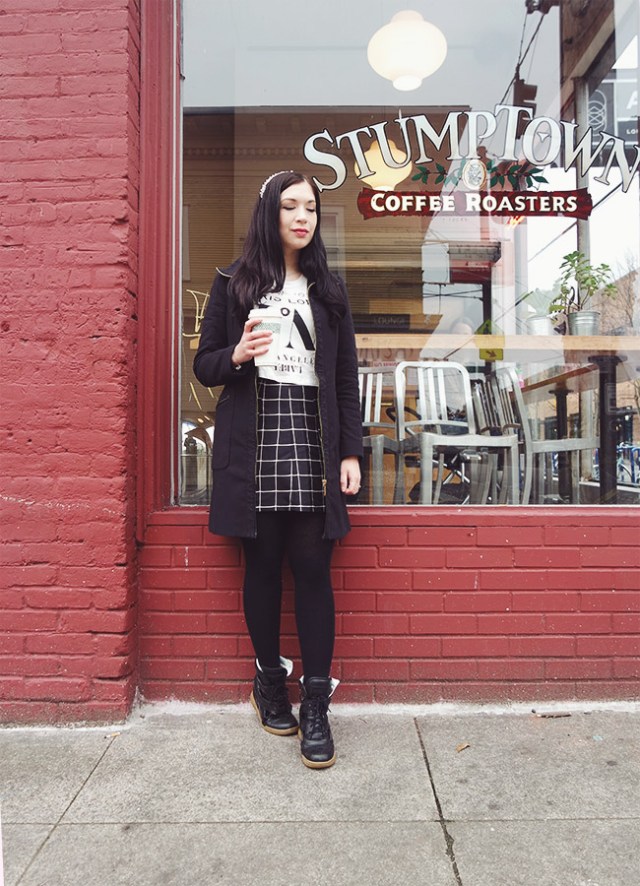 Weekend coffee run outfit: Zara coat, Silence + Noise skirt, Forever 21 shirt (I can’t find this one but they have many similar options!) and Marc Jacobs sneakers. 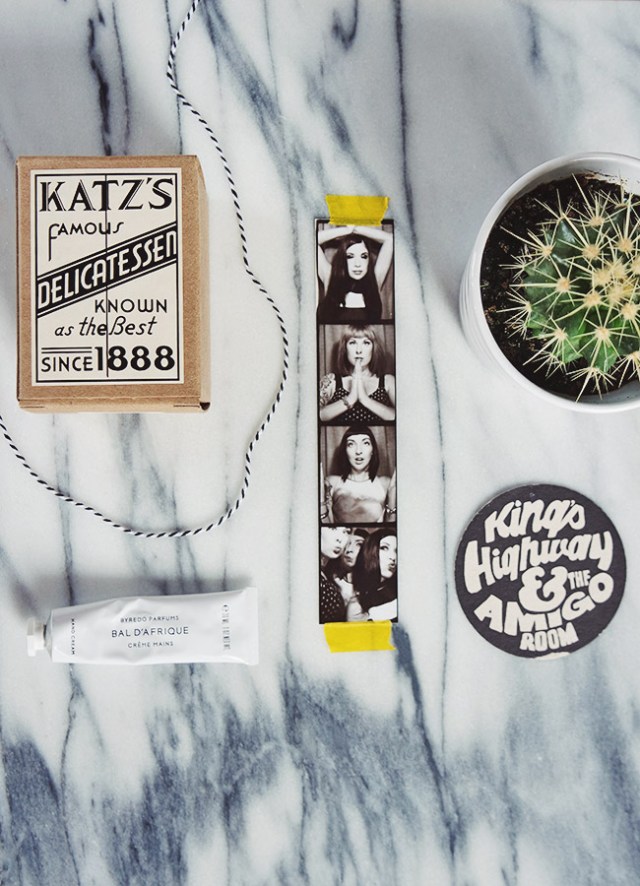 More still life fun! Iâ€™m so into this Katzâ€™s chocolate egg cream candle. It smells like the most delicious dessertâ€¦.without any of the guilt! #winning 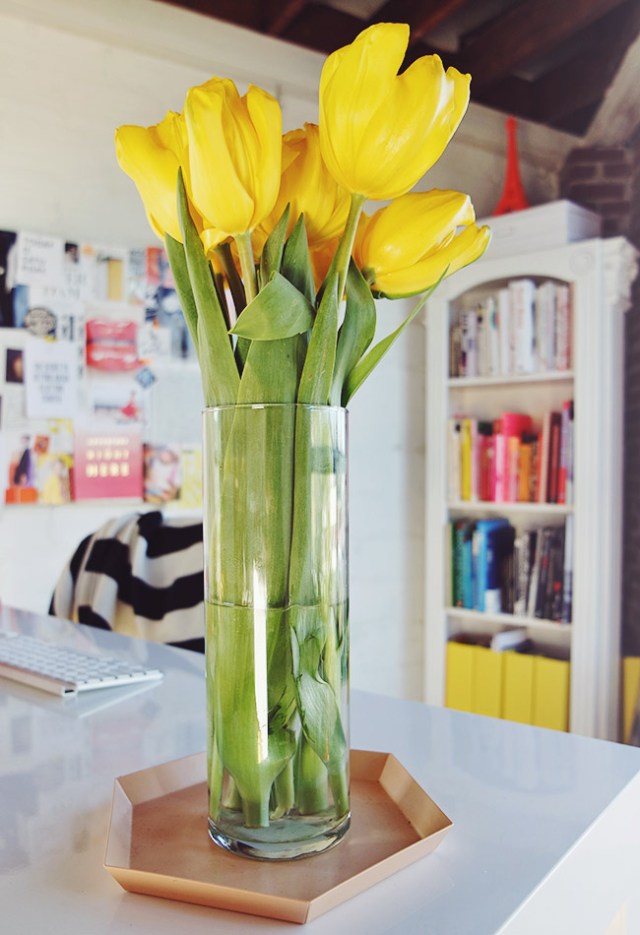 This week felt like a roller coaster but as I said before, thatâ€™s where the growth comes in. Every day I feel like Iâ€™m learning something new when it comes to running a business. Thereâ€™s no instruction manual that can prepare you for it â€” and thatâ€™s both exciting and scary. The biggest lesson I’ve recently learned is that itâ€™s okay to ask for help as often as you need it. The worst that can happen is that someone says no! I needed another workspace in my office so I asked Joey to build me a custom desk. I was working too much due to not setting clear boundaries and was upfront about it with a few clients. I realized I needed more help with project management so I made a call. Itâ€™s all about getting real with what you need and reaching out.

Things are winding down on a high note â€”Â over at Branch, we just shared the Brand New Ways project and launched a new website plus 12 workbooks with Ellen Fondiler. So immensely proud of both of both of these ladies!

Before I sign off, Iâ€™ll leave you with this quote:

â€œA dream is your creative vision for your life in the future. You must break out of your current comfort zone and become comfortable with the unfamiliar and the unknown.â€ â€”Dennis Waitley

Itâ€™s been far too long since I shared new design work â€” over at Branch, we recently wrapped up the branding, collateral and website for Brand New Ways, the blog / podcast of Jen Leonard. Jen is a San Francisco-based journalist and speaker with a major love of large botanicals, clean type and a dash of bling. As you can imagine, this was a particularly fun project to dig into!

To get the full scoop and check out more of the design elements, click here. 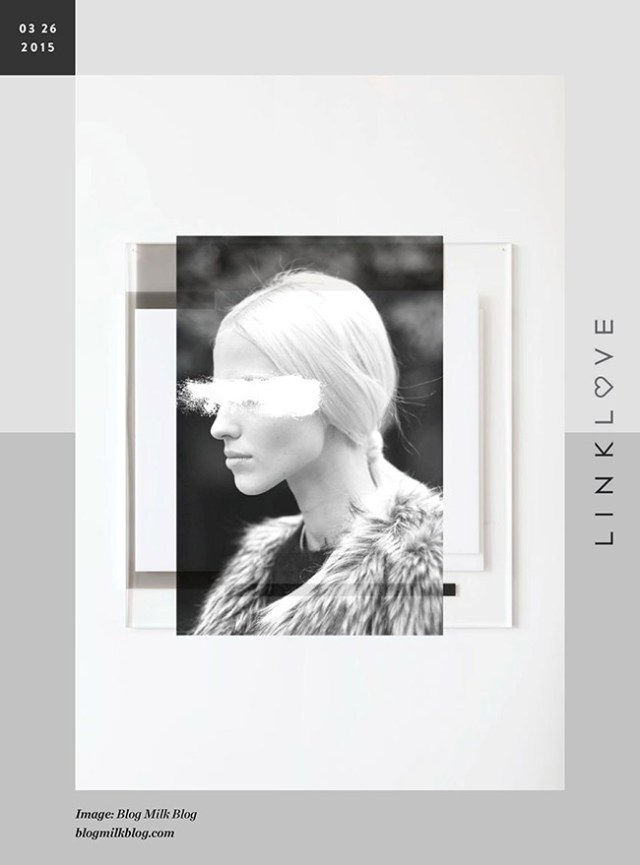 â€¢Â Here’s how to write your business tagline. Such a helpful post!

â€¢ Got the travel bug? These are 10 of the most affordable places to travel to.

â€¢ Your digital strategy shouldnâ€™t be about getting attention. Hereâ€™s why.

â€¢Â The best photo editing apps for iPhone and Android.

â€¢ Gala’s post about real friendship put a huge smile on my face. Treasure those relationships, they’re a special and rare thing!

â€¢Â Cassie is sharing some really on-point tips on how to land those dream clients.

â€¢Â If Ben & Jerry’s had feminist-inspired ice cream flavors, these would be it!

â€¢ This design project has some seriously cool color combinations going on.

â€¢Â The list of 2015 names of the year is so goodâ€¦.these people actually exist!

Sharpen Up Your Blogging Skills With The Blogcademy Home School Half Price Sale! 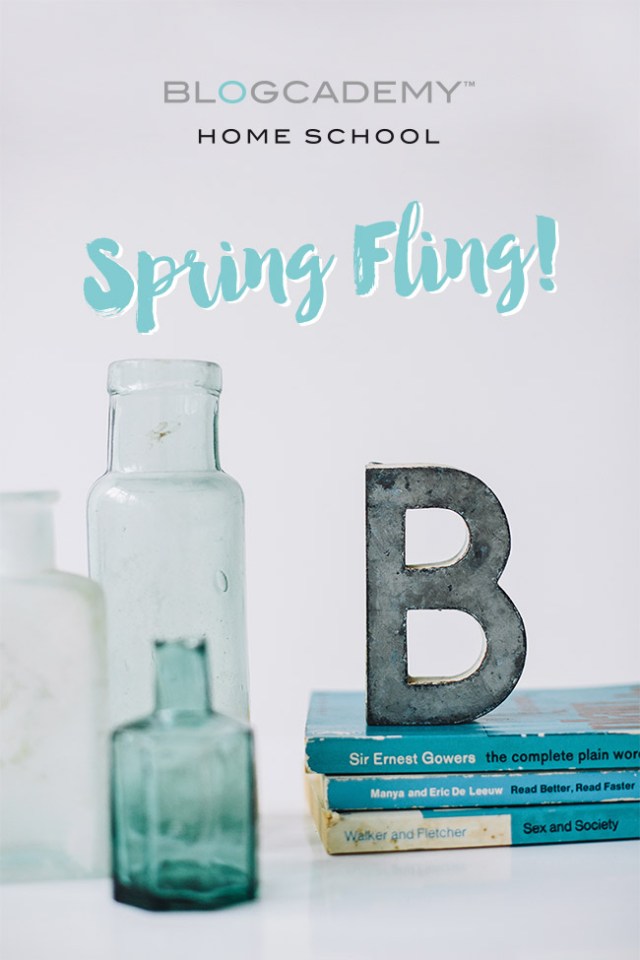 Spring has sprung and itâ€™s time to clean out our digital closets. Over at The Blogcademy, weâ€™ve been hard at work behind the scenes, crafting exciting offerings to help you take your online businesses and blogs to the next level. The time has come to clear out some older products to make space for the new!

As of this Sunday, March 29th, The Blogcademy Home School will be going away for good. If youâ€™re not familiar with Home School, these short and sweet information-packed modules each feature a video and PDF worksheets to help you learn new skills fast. 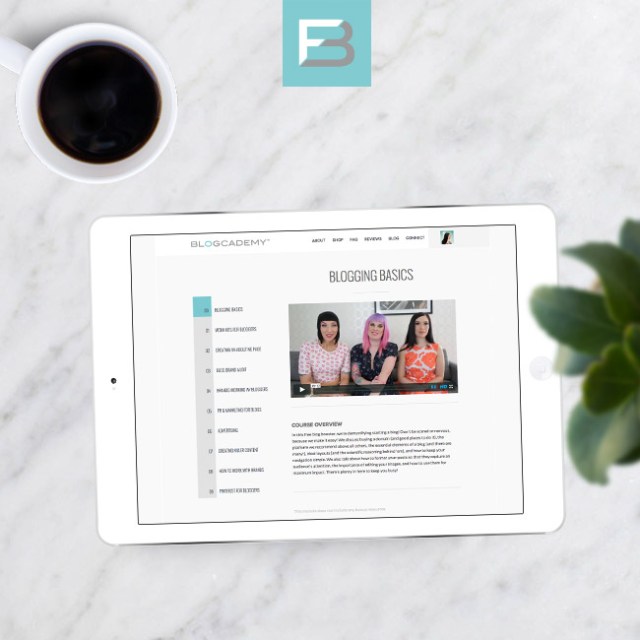 To send these mini lessons off in style, weâ€™re offering 50% off! Want some of your own? The topics covered in Home School includeÂ media kits for bloggers,Â creating an about page,Â doing a blog brand audit,Â how brands can work with bloggers,Â how bloggers can work with brands,Â PR and marketing,Â making money through advertising,Â creating killer content,Â Pinterest for bloggers,Â dealing with negativity,Â still life 101,Â how to set your ratesÂ andÂ building your audience.

If youâ€™re looking for a way to improve your blogging and business knowledge on a budget, hereâ€™s your chance! Even though the videos will not available to buy after Sunday, you will still be able to watch and re-watch them via your own private login after that date.

Here’s What Others Have To Say About Home School: 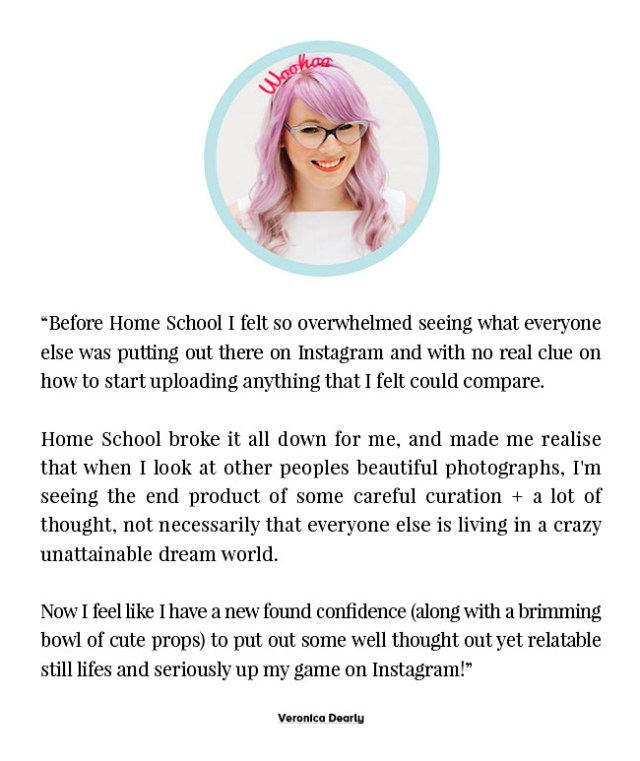 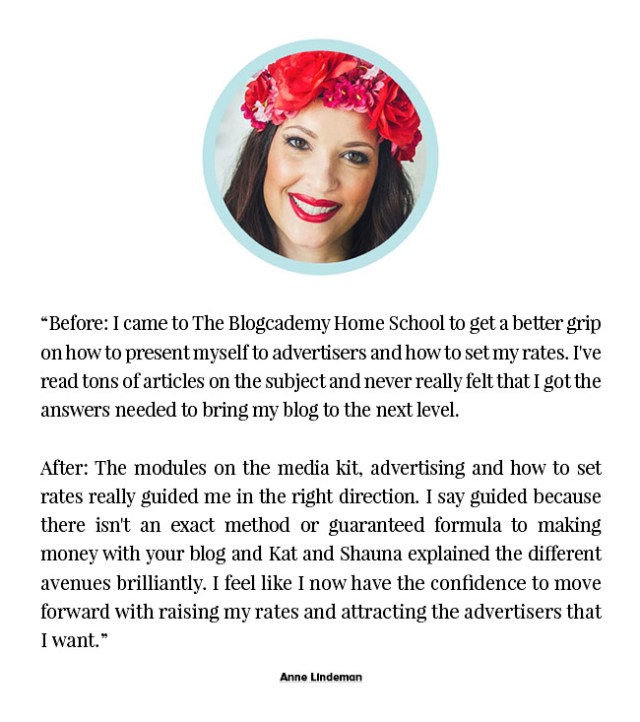 To claim the offer, just use the codeÂ springflingÂ at the checkout (the deal is not retroactive â€”Â sorry!) to get the individual modules at a just $10 each. This is your last chance to give Home School a try â€” after Sunday, March 29th it will be gone FOREVER. And as for what we have up our sleeves next, stay tuned to learn about an exciting new in-person course AND a digital course that will both launch in the coming months. 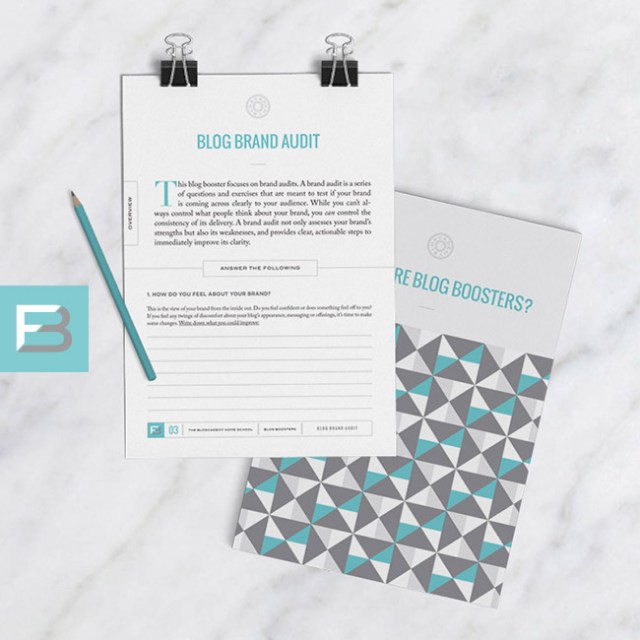 Thanks as always for your support! Spring cleaning, even if itâ€™s of the digital variety sure feels GOOD.