Forget About Complicated Affirmations. Can You Sum Up Your Focus For the New Year In One Word? 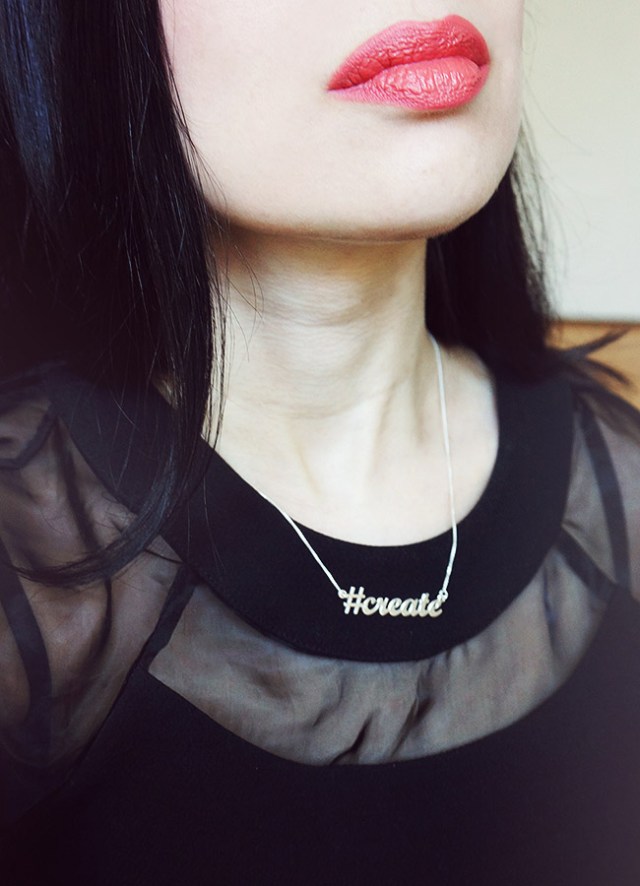 Create: 1. To cause to exist; bring into being. 2. To give rise to; produce. 3. To produce through artistic or imaginative effort.

Like many of you, I love the feeling of a fresh start that the new year holds. It’s the perfect time to file away what didnâ€™t go so well while pushing forward with the promise of a clean slate. At the same time, Iâ€™m not a fan of big, blown-out plans and bucket lists. I like to keep it simple â€” the idea of having one word I can hold close feels refreshing because itâ€™s much more manageable on a daily basis.

I did some soul searching a few weeks ago and my word for 2015 is create.

The goal: Remind myself daily to consume less and create more.

The backstory: Itâ€™s too easy to fall into the trap of consuming more and more content. On a daily basis, I find myself continuously checking Instagram feeds, stopping by blogs and scrolling through Pinterest and while these are fine in tiny doses, all that time I spend consuming adds up â€” it could instead be focused on creating.

When I think about feeling productive and satisfied, it really comes down to creating content that helps my clients and audience achieve their goals. In the new year, Iâ€™ll be making some shifts to create more which Iâ€™ll talk about in more detail soon.

For now, I want to hear: what is your word for the new year?

Melbourne Misadventures with The Blogcademy: Your Blogging and Business Questions Answered! 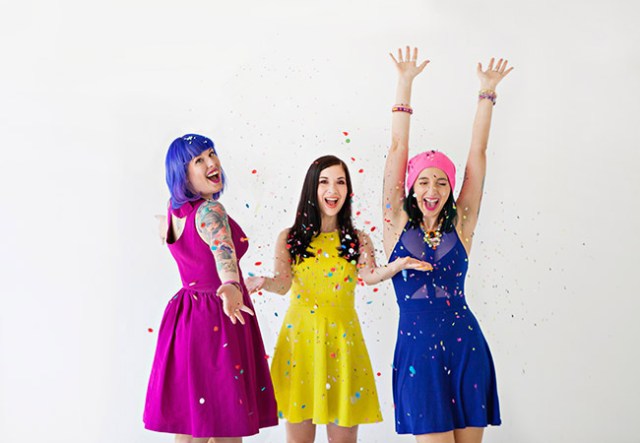 Every few months, The Blogcademy hosts a livestream event and during the hour long session, we answer your blogging and business questions on air. As live events go, thereâ€™s always a few surprises. Tune in to get all the juicy details on why we had to change our location at the last minute thanks to a house rental gone terribly wrong (A leather bed and no wifi? Oh my!) and how Blogcademy Online will soon make it possible for you to learn everything we teach in classâ€¦from the comfort of your couch!

In other news, weâ€™ve officially wrapped up our dates for the year but you can now book in for 2015. Our traveling schedule will be much lighter so to be sure to catch us in these cities (we are not adding any other dates):

Hope to see you there! 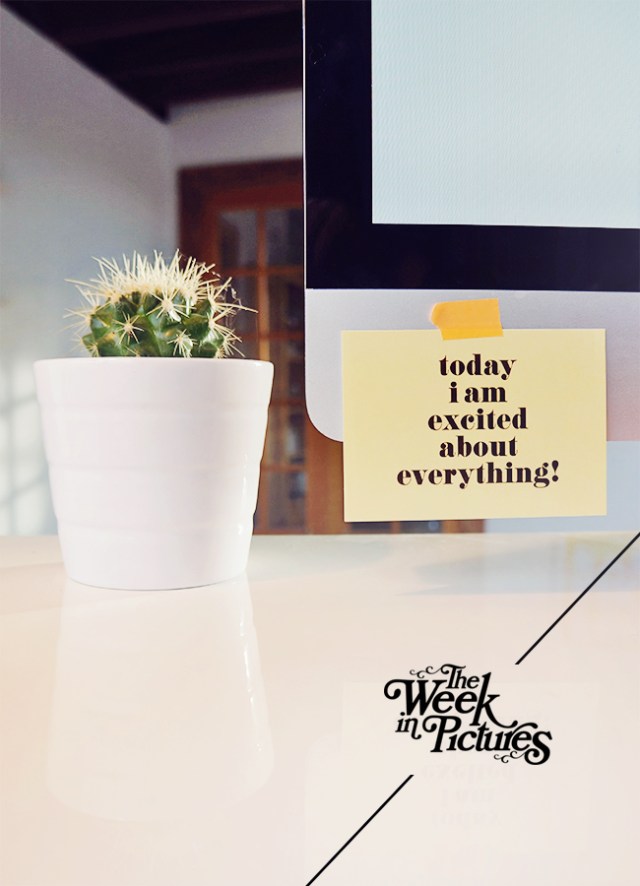 How was your week? I just got home from New Zealand on Monday and am still settling in. Itâ€™s so nice to be back, though. I missed Joey, I missed my pets, I missed my family and I missed my office. As great as itâ€™s been getting the opportunity to travel and see the world this year, itâ€™s always nice to come home. Home really is where the heart is. 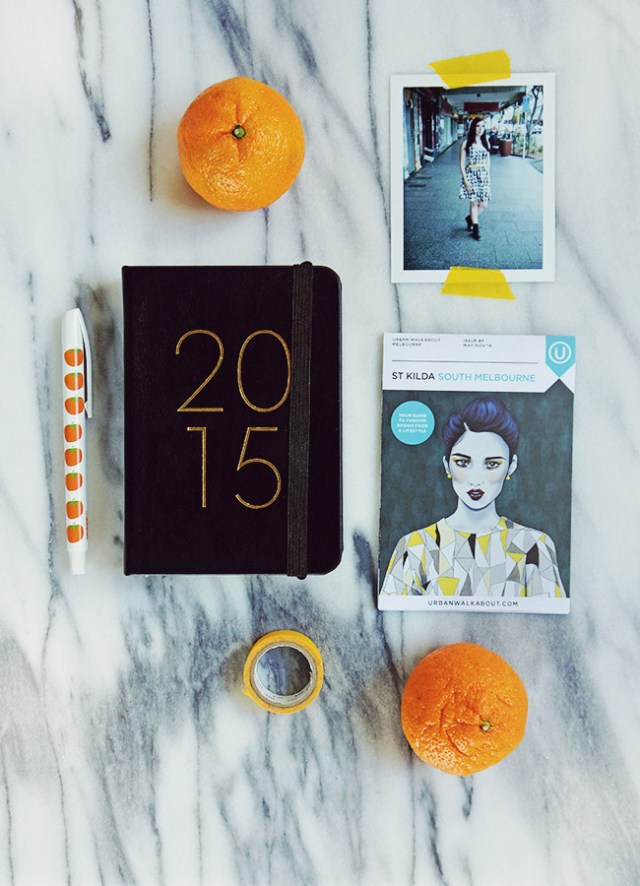 While I was in Australia and New Zealand, I picked up piles of mementos â€” thereâ€™s a stack of business cards, photos and other odds and ends in the corner of my office that I need to organize. One of my favorite finds was this series of Australian maps with illustrations on the covers. 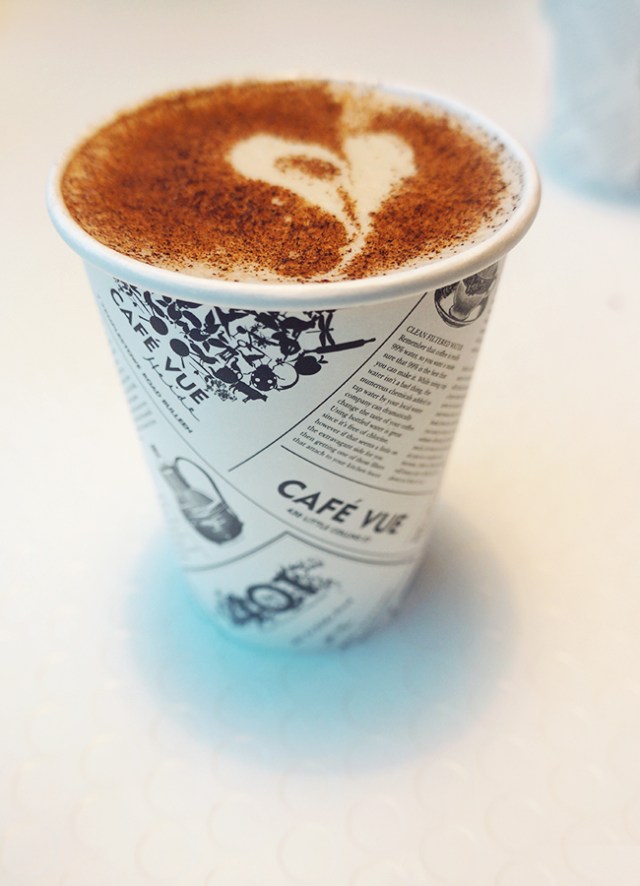 Australia has the best chai lattesâ€¦pretty much everywhere. I probably sampled a dozen different ones and, well, I didnâ€™t have a single bad one. This was from Cafe Vue in Melbourne. 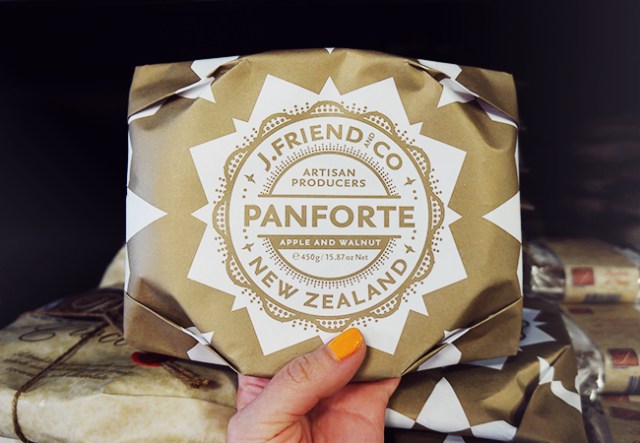 After a week and a half split between Sydney and Melbourne, I flew to Auckland last Friday. I was completely blown away by all the great branding in New Zealand. 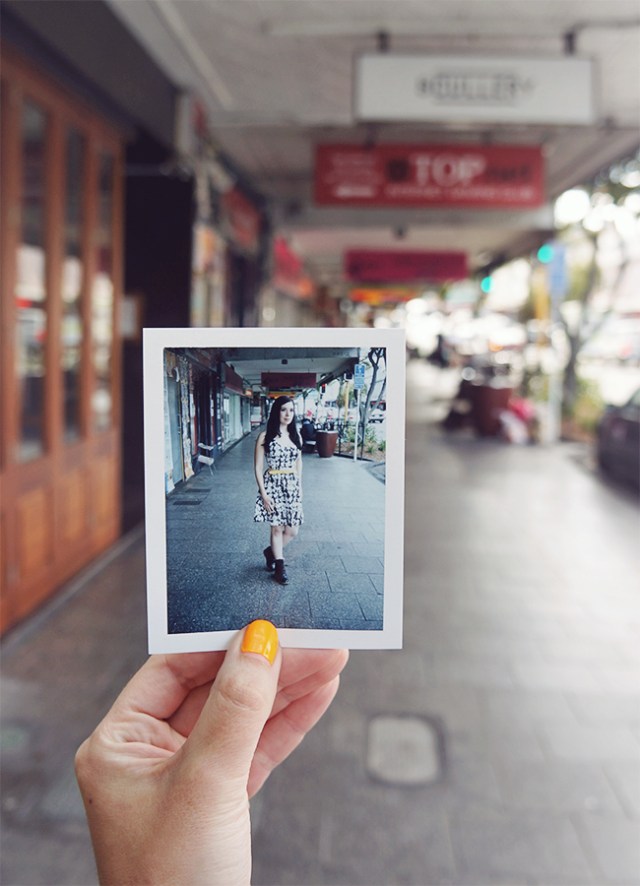 I spent the weekend in Auckland teaching at The Blogcademy with Kat and Gala â€” this was snapped right outside of our venue by Steph, a photographer who I adore. 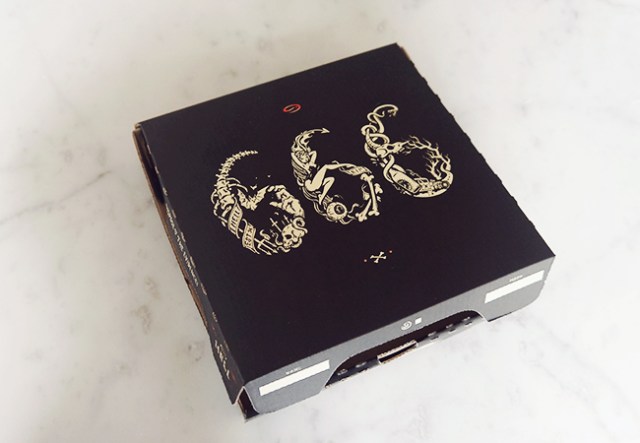 After class, we went to Hell. Literally. All I can say is that the Purgatory Pizza is ridiculously good. 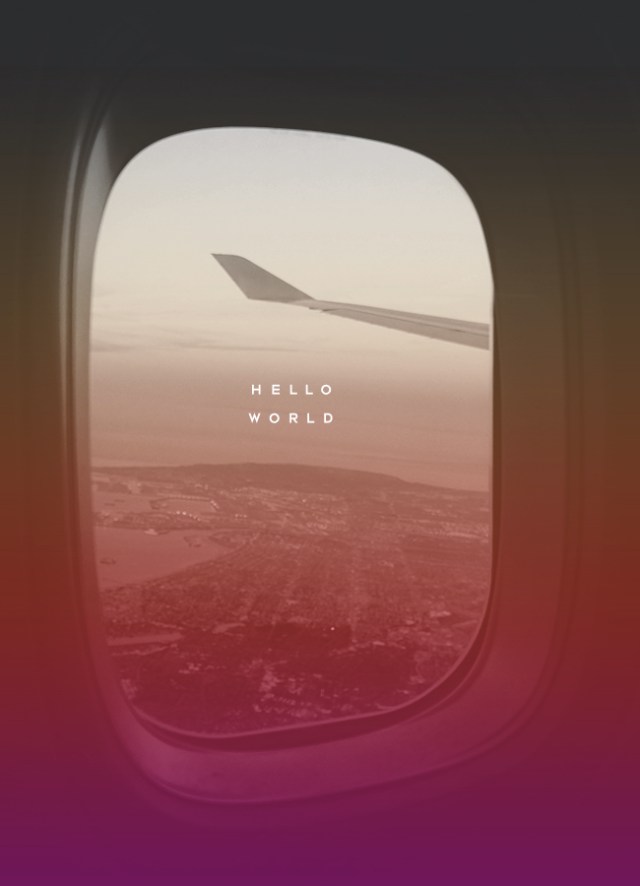 After a solid nightâ€™s rest, it was time to make the journey back home in the Northern Hemisphere. Auckland to Sydney. Sydney to Los Angeles. And finally, Los Angeles to Portland. 20 hours of flights was brutalâ€¦but coming home to my boys made every second worth it. I was definitely having withdrawals from all my old hometown haunts so my mom took me out to lunch at Roman Candle. Pizza and ginger beer for lunchâ€¦and homemade granola to go! Being back home, I wasted no time putting our Christmas tree up. This is the first year weâ€™ve had Chubs and every time I tried to hang up an ornament, heâ€™d steal it from me. The only way to distract him was to give him a piece of bread. I told him to pick up his crumbs afterwards but he wouldnâ€™t listen. 😉

Have a great weekend! 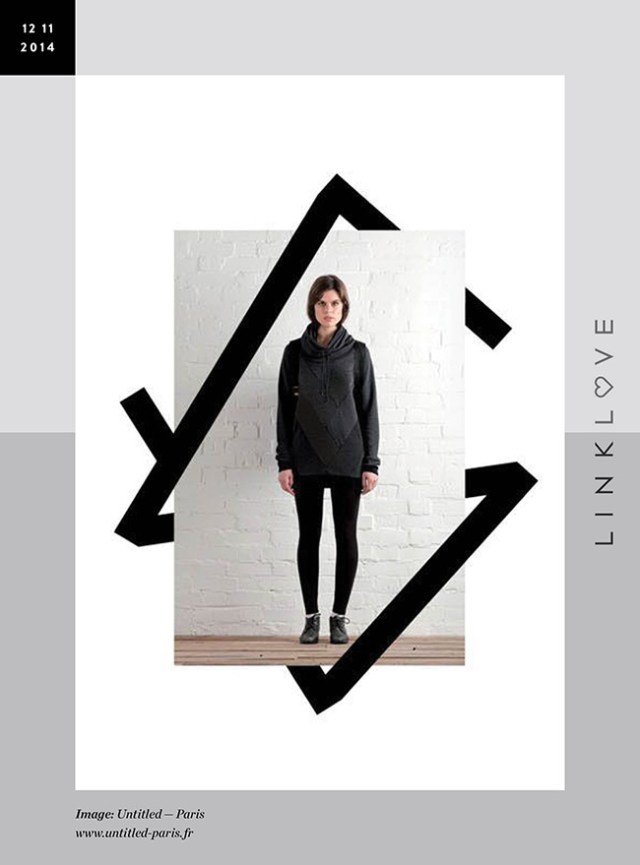 â€¢Â What exactly does it mean to run a heart-centered business? And, how can you do it while still earning a decent living?

â€¢Â If most of us were being honest, our home libraries would be color-coded like this.

â€¢ For the majority of millennials, owning a television set is so last century.

â€¢Â We talk a lot about this subject at The Blogcademy and I’m interested in how the conversation keeps coming up. The new concept of being rich puts more value on experiences instead of possessions.

â€¢Â The 40 most groundbreaking albums of all time.

â€¢Â If you’re starting a new business but the basics of getting set up are weighing you down, read this and know that you’re not alone.

â€¢Â Make your very own DIY flower vase on a tiny budget.

â€¢Â If you’re overrun with ideas, here’s how to focus and actually get things done.

â€¢Â Follow these 8 tips to get your blog posts read!

â€¢Â How not to suck as a creative director. 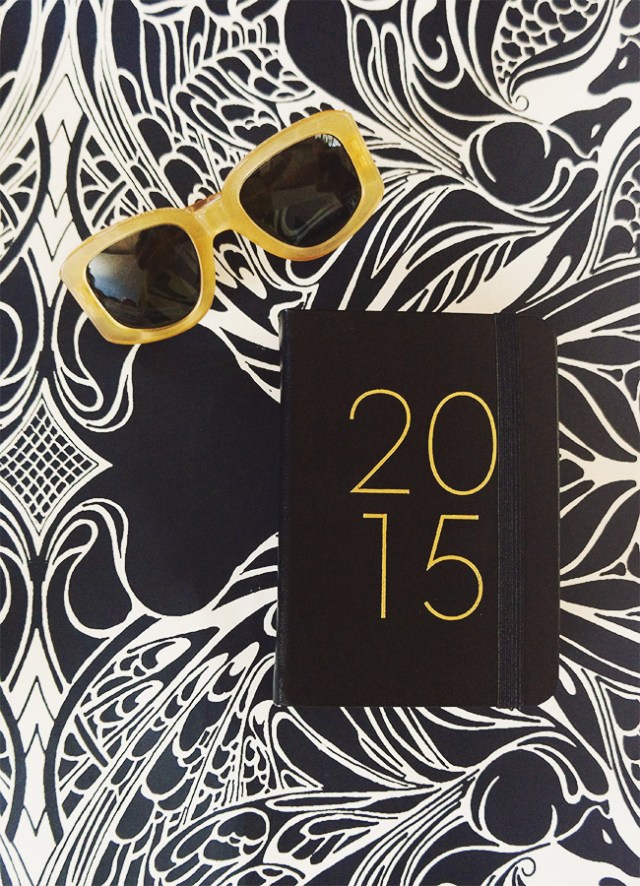 “Productivity is never an accident. It is always the result of a commitment to excellence, intelligent planning, and focused effort.” â€” Paul J. Meyer

Even in the digital age, I hand-write my to-do lists every single day. Surely Iâ€™m not the only one? Itâ€™s so nice to do a brain dump on a daily basis and know that even if your phone battery dies, your to-do list will live on. 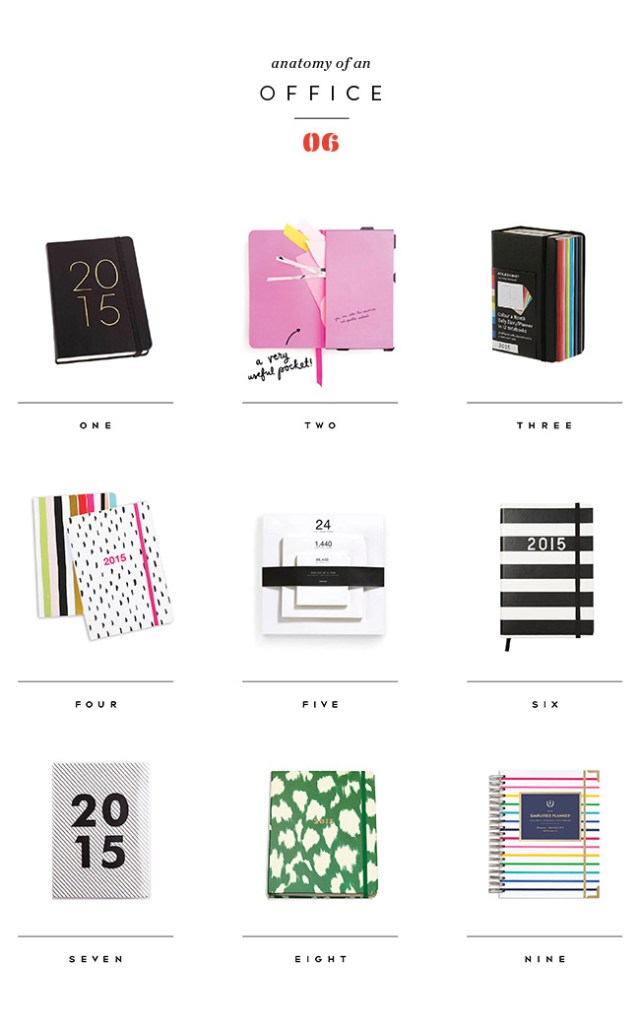 “Plans are nothing; planning is everything.” â€” Dwight D. Eisenhower

On the hunt for even more office tips and tricks? Check out Anatomy Of An Office!