Looking Back at 2014: The Year In Review 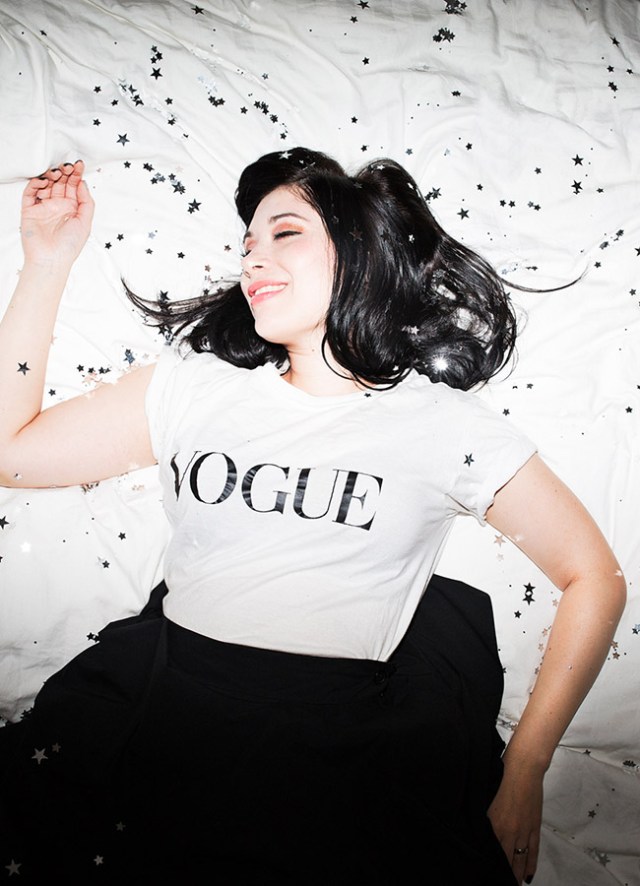 Before you can move forward, itâ€™s healthy to take a look back.

At the end of every year, I love spending a day taking in everything that happened and deciding what I want more of, what I want less of and what I want to change. Days fly by and it can be hard to remember what even happened in the course of a year. 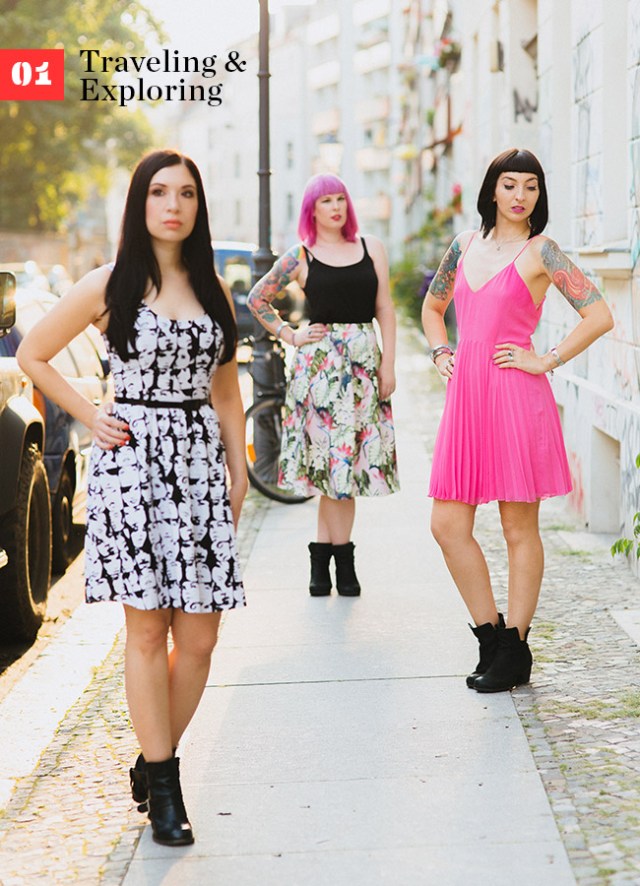 All those times I sat at various desks thankful I had a job but secretly wishing I could get out of the damn office and explore the world exploded into a blur of planes, trains, trams and rental cars this year. It went something like this:

Oh man, was it fun. And stressful. And amazing. I most definitely:

â€¢Â Missed flights.
â€¢ Hung out in a basement speakeasy on Wall Street until the wee hours before catching a flight to LA.
â€¢ Got busted in Vancouver alongside Gala and Katâ€¦.for leaving approximately five glitter stars in our apartment.
â€¢ Took my first train ride up the east coast to Penn Station.
â€¢Â Had a very bad Air bnb experience in Melbourne involving a black leather bed and no wifi.
â€¢ Lost my luggage on the way home from Canada.
â€¢ Visited the rental car place in LA so many times that they started recognizing me.
â€¢ Waited at the wrong baggage carousel with Kat and Gala in New Zealand for close to an hour (LOL).
â€¢ Took my first ever flight on Emirates and all I have to say isâ€¦.walnut toilet seats. 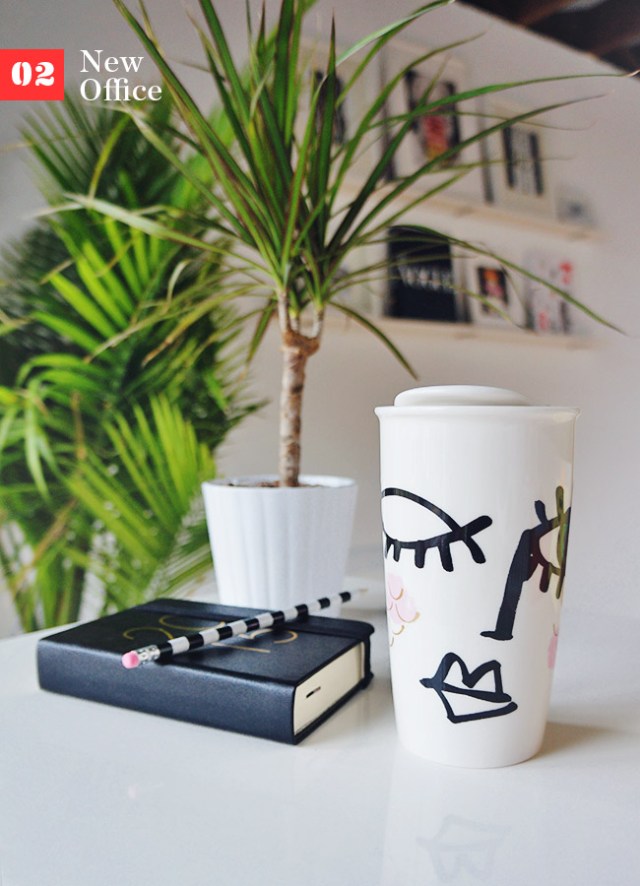 2. Moving out of my comfort zone (literally).

While I loved the safe cocoon of my home office, I started to feel like the daily Dr. Phil sessions and absolutely no separation from work and home life were getting the best of me. And then, literally out of a conversation at my neighborâ€™s party over the summer, the most perfect office fell into my lap. It was:

Iâ€™d say that it was too good to be trueâ€¦.but Iâ€™m sitting here right now typing this and itâ€™s most definitely all true. Getting my first real office felt very grown up and as soon as I settled in, things really went into overdrive work-wise. 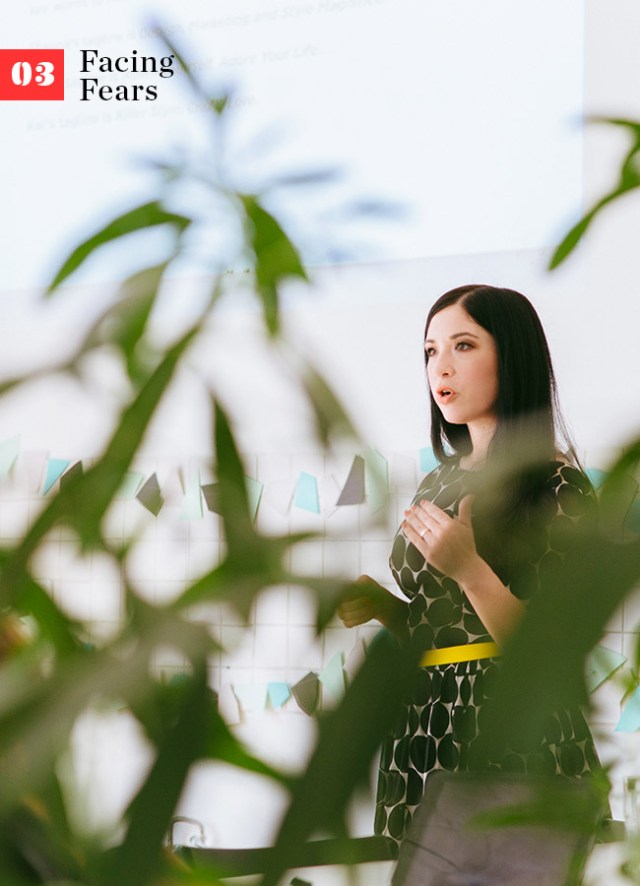 I know that for some of you, public speaking is no big dealâ€¦but it was a new realm for me. Hitting the road with The Blogcademy across 13 classes (one of which was filmed live!) on 3 continents in 2014 really forced me out of my normally introverted comfort zone and I wouldnâ€™t change it for anything â€” I met so many amazing women in the process, many who became clients and friends. And now, Iâ€™m helping a handful launch their new businesses. 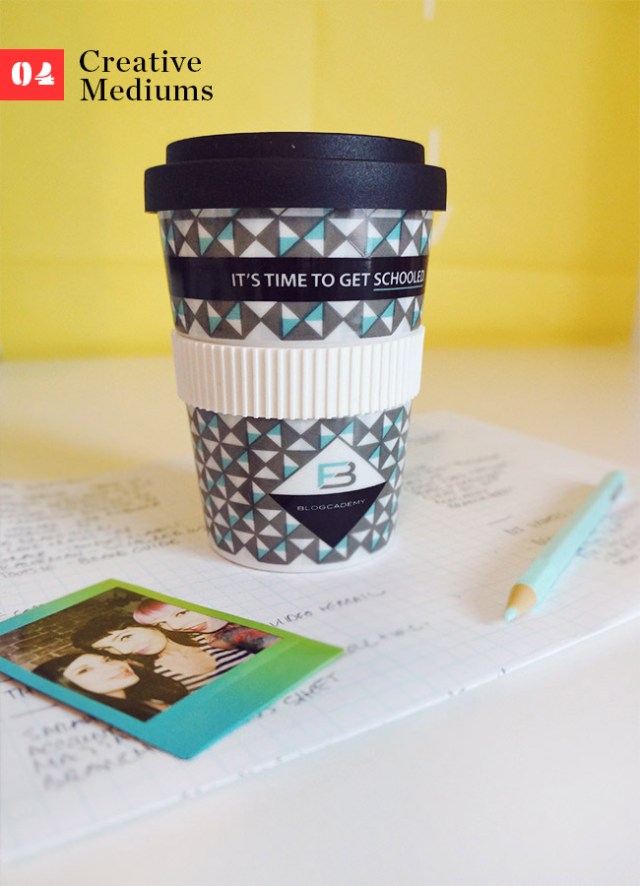 Digital products were something that had always escaped my grasp. I had a million ideas (actually, theyâ€™re all taped to my wall behind me right now) but my client, travel and blogging schedules were so demanding that the time was never there to explore what I actually wanted to release. That all changed with Blogcademy Home School. We released bite-sized modules of business and blogging topics and they took off big time. Weâ€™ve now sold thousands and it made me realize that your first time creating an offering wonâ€™t be perfect because there are so many unknownsâ€¦.but you shouldnâ€™t ever hold yourself back. Your knowledge and skills are valuable. 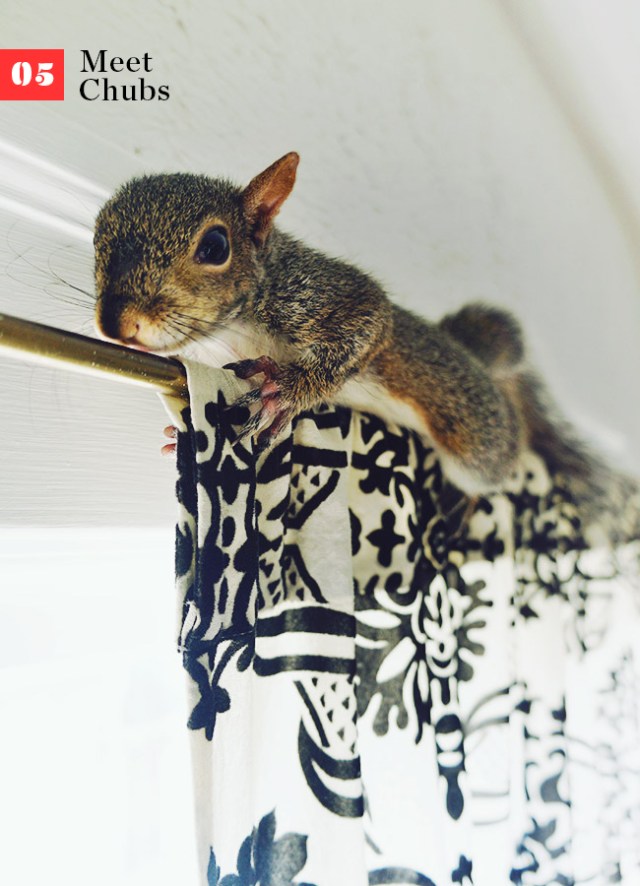 We had a baby squirrel. Wait, what?! Well, technically, we didnâ€™t invite him into our houseâ€¦he chose us. Over the summer, I was standing in the customs line at JFK when Joey called to tell me that heâ€™d found a newborn squirrel in the bottom of our furnace. I donâ€™t know how heâ€™d managed to survive the 30 foot fall from the top of our chimney! We named him Chubs because he had a cute little bellyâ€¦.and now heâ€™s thriving. He plays with Rocky, he just had his first Christmas stocking and even though he drives us crazy burying nuts under our rugs and in my hair, heâ€™s part of our family and I love the little guy very much. 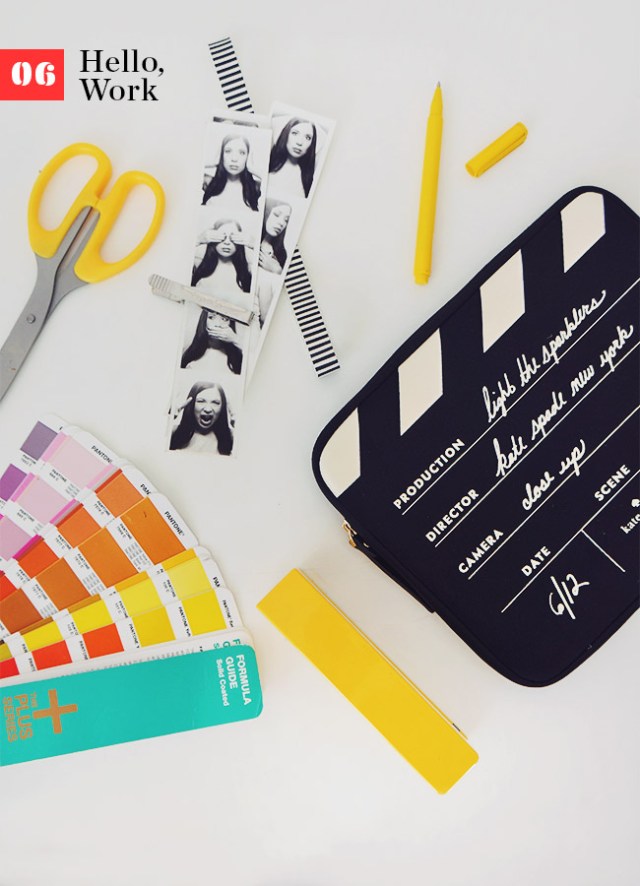 Iâ€™m working (haha) on another post about what this year has been like to post next week over on the Branch blog but all I have to say is that a lot can happen when you show up, roll up your sleeves and give it your all every day. In 2014, I:

â€¢ Designed a line of fragrances, lotions and hair mists that are now sold at Anthropologie.
â€¢ Created a logo for my auntâ€™s art studio (we’ve been close since I was a baby so it’s nice to give something back!)
â€¢ Designed a book for a fine art photographerâ€¦.and spent the day at her beautiful Malibu compound.
â€¢ Designed a boatload of tote bags, digital courses and two new websites for The Blogcademy.
â€¢ Developed media kits for some of my favorite humans on the planet.
â€¢ My work was featured on The Dieline twice.
â€¢ And nowâ€¦.Iâ€™m working on the branding and website for a real-life princess.

All in all, I opened nearly 100 separate projects. Itâ€™s all been a bit surreal. 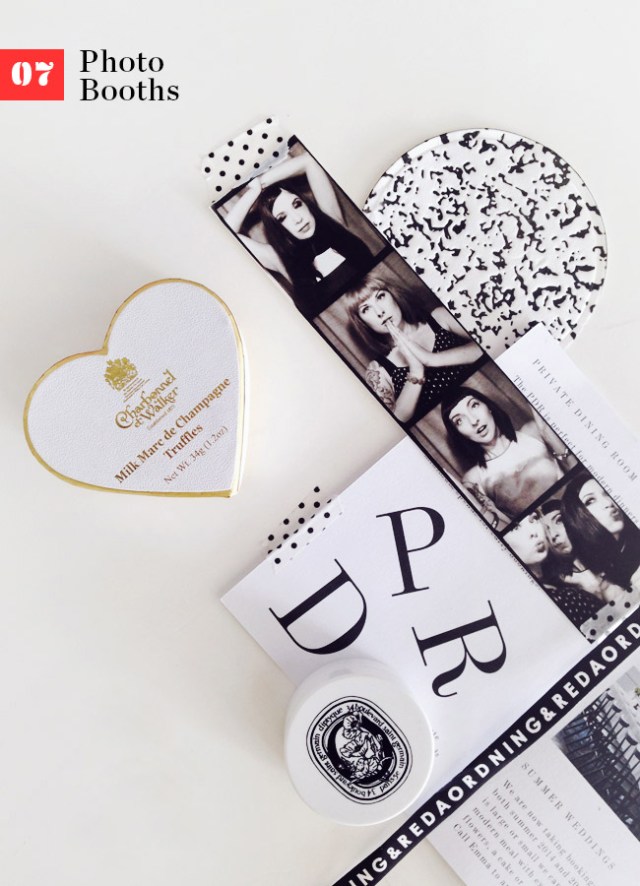 Itâ€™s one of my guilty pleasures and hey, itâ€™s not as bad of a vice as some others I could have! I pulled every friend into my photo booth shenanigans from coast to coast and in return, ended up with many calls from my mom who does my bookkeeping: â€œWhat are all these random $4.00 charges in a row from?!â€ No comment. 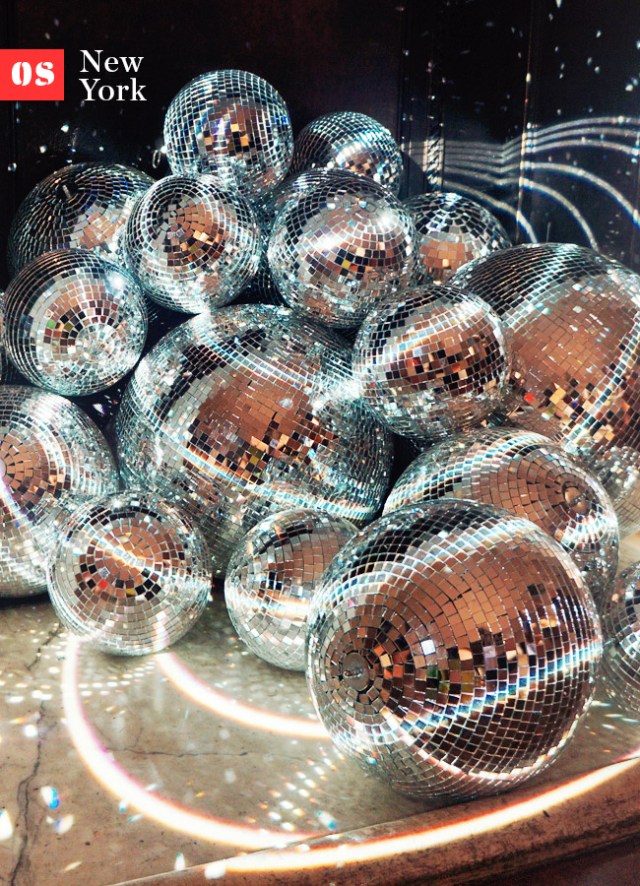 8. Having the best day ever in New York.

When I ended up with one free day in New York over the Summer, Gala and I set a challenge: how much could we cram into it? Highlights included a visit to the Big Gay Ice Cream shop, a stroll through Central Park, dinner at the one and only Michael Jordan Steakhouse and a party at a mansion where the fireplace was overflowing with gleaming disco balls. Only in New York. 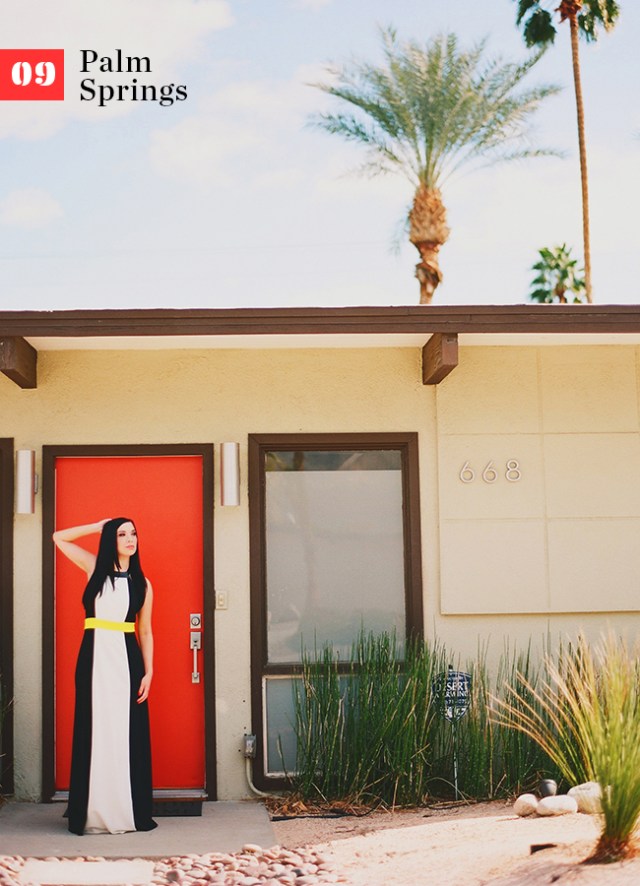 9. Realization: my home away from home is Palm Springs.

Itâ€™s such a close jaunt from Portland but so dramatically different. And, thatâ€™s why I love it. The pace of life creeps by so slowly. The sun is always out. There are palm trees everywhere. The midcentury modern housing is plentiful. The locals are some of the friendliest people Iâ€™ve ever met (one even delightfully gave me a tour of his condo!) Iâ€™m setting some big goals this year so I can spend more time there in the futureâ€¦and maybe youâ€™ll come visit me? Just not all at once! That would be intense! 😉 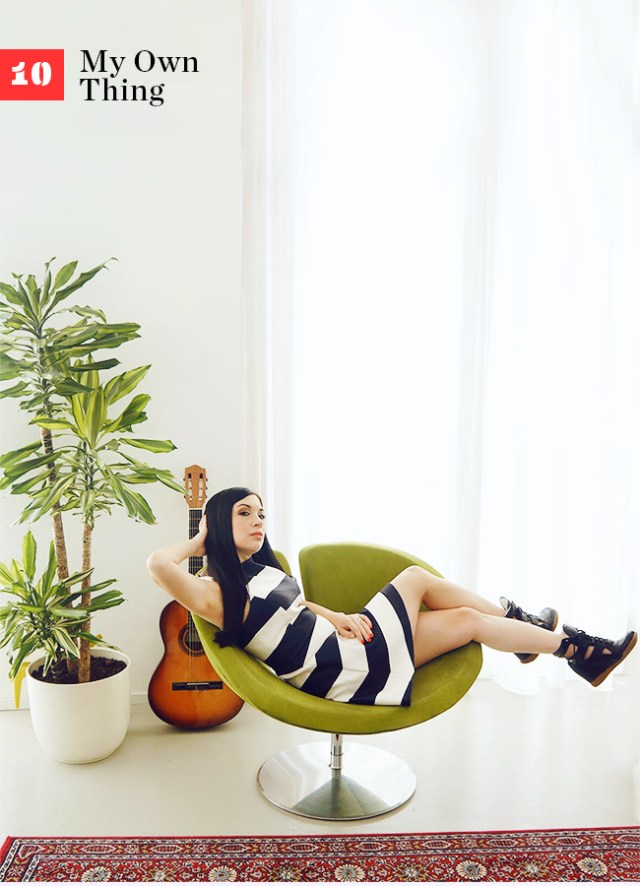 I know that statement sounds a bit vague but what I mean is that Iâ€™m not afraid of doing things my way anymore. All that time I spent showing up to jobs I didnâ€™t really like because I was scared of breaking the sense of routine, of not being able to pay my bills and of letting people down was good because now I appreciate my current way of life a lot more. The little, unspoken luxuries of saying no to things I donâ€™t want to do, taking lunch when I want, listening to whatever music I want (trust me, my musical choices got turned off in the offices I worked at more times than I can count!) is priceless.

Freedom is a beautiful thing and though it brings a whole new level or responsibilities along with it, Iâ€™m more than up for the challenge. If your goal is to break out of your old job / routine / life in 2015, I hope I can inspire you in some way to take the leap because itâ€™s entirely possible. Iâ€™ll be over here, cheering you on. 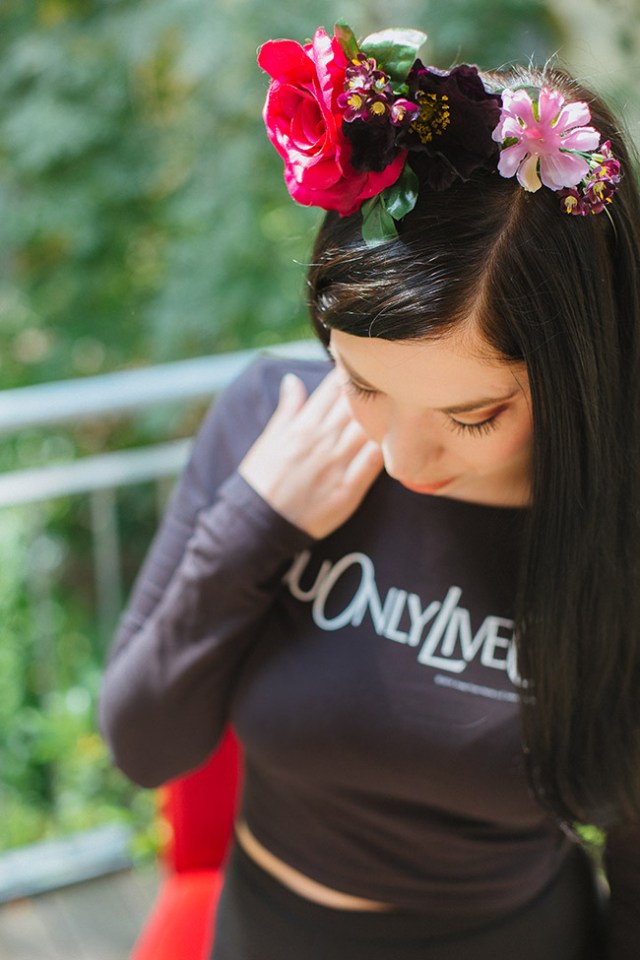 Donâ€™t you just love the feeling of a fresh start that a new year holds? Iâ€™ve got my #create necklace on, Iâ€™m listening to a great Spotify playlist and Iâ€™m readyâ€¦.to let go, live out loud and take all these dreams I have scribbled on sheets of paper and make them a reality. Have an amazing New Yearâ€™s, everyone. Stay safeâ€¦.and Iâ€™ll see you back here soon!

Photos: Diane + Mike, Shell De Mar and Made U Look.