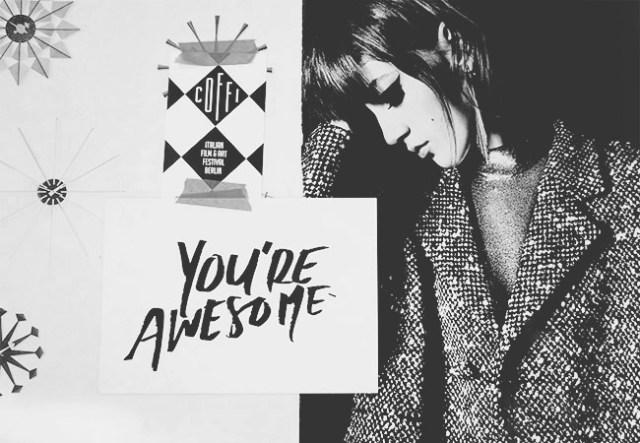 I was always terrified of public speaking. Even if it was a quick introduction on the first day of class, I completely dreaded it. My voice would tremble and Iâ€™d talk as quickly as possible just to get it over with.

Iâ€™ve always been fine in small social groups and can carry on a conversation without a second thought (especially if you ask me about celebrity trivia!) but just thinking about speaking in front of an audience by myself made me want to hide in a cave.

I never had any ambitions of engaging in public speaking and being a graphic designer allowed me to skirt the issue for years — I could hide behind my computer and still make a comfortable living. That only lasted so long, though before I finally had to face my fears. When Kat, Gala and I hatched the idea of The Blogcademy two and a half years ago, one thing was clear: we agreed upfront that we’d each have to chip in on teaching the 18 segments. Oh waitâ€¦teaching equaled public speaking in front of large groups of complete strangers.

I agreed to do it but didnâ€™t overthink it at the time because we didnâ€™t even know if the workshop would take offâ€¦and then six days later, our first class sold out. I had less than two months to get over my fear of public speaking because I was going to be in front of a room of women I’d never met, doing exactly that!

When youâ€™re faced with a hurdle, if you think about the big picture, chances are that youâ€™ll get overwhelmed and shut down. Instead, I started really small. I figured out my introduction because if I could get that out without breaking a sweat, I could build some momentum. I didn’t want to stumble and stammer within the first five minutes and lose every ounce of confidence I’d built up so I practiced my intro out loud in my car as I drove to and from work every day. â€œHi! I’m Shauna, a graphic designer from Portlandâ€¦.*deep breath*â€¦.By the end of the week, I had three paragraphs strung together and memorized.

The first class happened…and you know what? It was way easier than I thought it would be. The secret, I soon realized, is that if you focus on speaking about a subject youâ€™re really passionate about, youâ€™ll never feel lost because deep down inside, you already know the material. In my case, my segments during the two day workshop revolved branding and blogging, both of which Iâ€™d been doing professionally for a long time so the conversation just flowed.