The Blogcademy: Our New About Us Film!

When we joined up in Palm Springs last month, we felt that it would be the perfect time to finally make an About Us video. I expected it to be slightly nerve-wracking but with these two ladies by my side, it was a laugh fest instead! Our hope is that this video will give you a better feel for what The Blogcademy is all about.

If you’d like to join us in 2014, our new tour dates are all up right here — Chicago, San Francisco, Sydney and Melbourne have been selling especially briskly so if you’re particularly interested in these cities, don’t dilly-dally! And as a reminder, we do offer payment plans. Just get in touch with us at headmistresses @ theblogcademy.com for more details. Hope to see you in one of our upcoming classes!

Little Lessons #1: Go With Your Gut 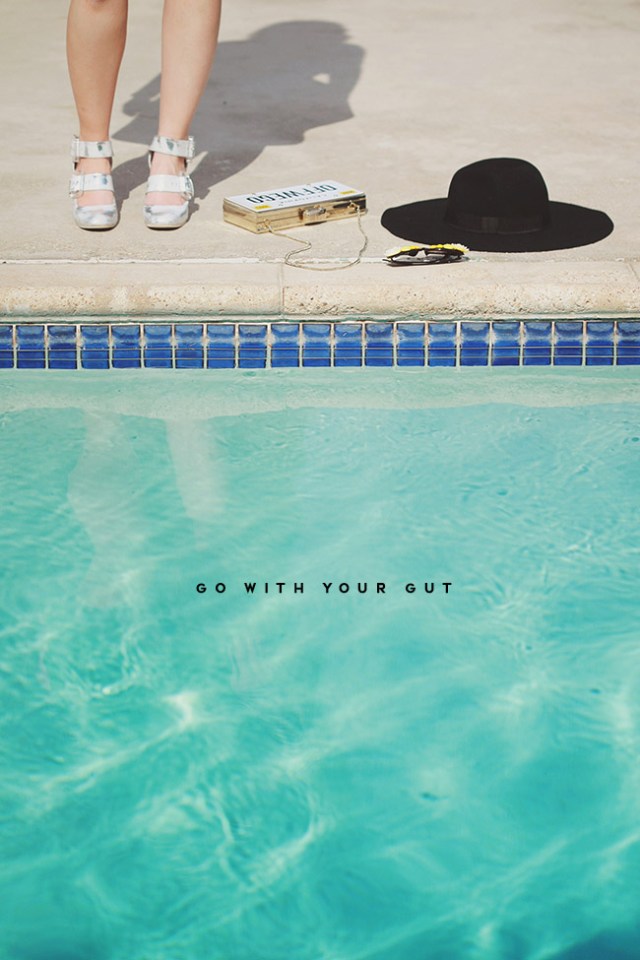 This is the first installment of a new column, Little Lessons which will be centered around tidbits I’m learning as I move along through life and business.

By nature, I’m a planner. And if I’m being honest, I plan a little too much. This mindset definitely spills over into my client work big time. While it’s important to be prepared so you can carry out your best work (that’s what you’re being paid to do, after all), sometimes, there just isn’t time for that.

Two weeks ago, a surprise project from a long-time client popped up on my radar. It involved branding, packaging and the potential opportunity to land on the shelves of one of my favorite national retailers. The problem was, time was almost nonexistent and if we wanted to make it happen, we had to make a move immediately.

I sat at my desk early the next morning as a wave of fear slowly boiled to the surface. What had I just committed myself to?! I had a good idea but just that one. I tried a few other things, but nothing felt quite right. As I moved along, staring at the screen, I kept going back to the first. My gut had told me that it was the right direction all along but I was afraid to present just one solid idea.

With little time to do much more, I sent off the presentation with some quick notes:
This direction just felt right. I feel that it’s very on-brand for you and very now. And yes, that’s my handwriting. I hope you like it!

Within about 10 minutes, the client had responded — she agreed. We got the packaging done and off to the printer the next morning, just in time to hit the deadline.

A few days later, another deadline was on the horizon, this time for a workshop. Once again, one direction felt perfect and nothing else I tried was working. “This is it. This has to be it,” I kept telling myself. “I hope she likes it because my gut says this is perfect for her.” I once again felt an internal tug-of war about presenting just one idea but I sucked it up and fired off an in-process screenshot anyway. A few minutes later, I had the thumbs-up to build out the rest of the assets.

In the past, when it came to projects like these, I would keep doubting myself and exploring, pushing out more attempts that never felt quite as perfect as the first. Now, I’m learning that our intuition rarely leads us astray so we should trust it in life, relationships and yes, even design.

Lesson learned: listen to your first instincts. Go with your gut.

Photo: Made U Look. 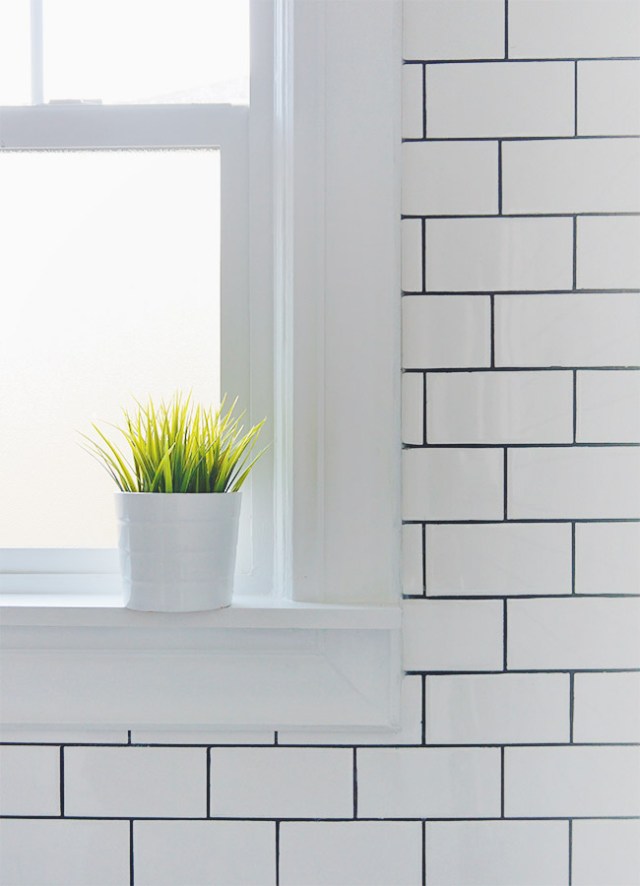 I feel like I’ve barely left my desk this week but flipping through my photos, I’m reminded otherwise. Lunch with grandma! Drinks with auntie! A lot of virtual chats with Star (okay, that was at my computer but still.) I’m feeling a little dazed between finishing a flurry of client projects and trying to get my taxes together before I hop on a last-minute LA-bound flight at the crack of dawn Monday morning.

The really big news this week is that we are finally, legitimately done remodeling the bathroom on the main floor of our house. When you see the before and after photos next to each other, you won’t believe that it’s even the same space. It’s gone from the bathroom we hid from guests to by far the nicest room in the house thanks to Joey’s handiwork. Clocking in at three months, I never thought we’d see the light at then end of the tunnel with this project. I’ll have a lot more details (and photos!) to share next week. 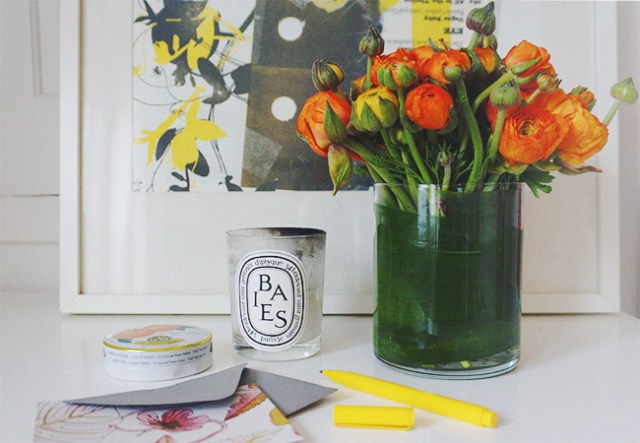 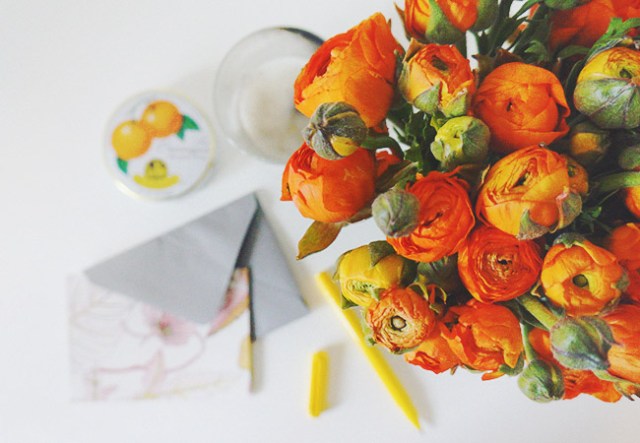 Running Branch full time, I’ve had the opportunity to not only meet a great group of clients but also make some wonderful friends. Their thoughtfulness at times astounds me — Star and I tag-teamed virtually all Wednesday night, pushing Kitty Cavalier’s new site live and just a few hours after waking up Thursday morning, the most beautiful bunch of flowers was waiting on my doorstep. Totally made my week. 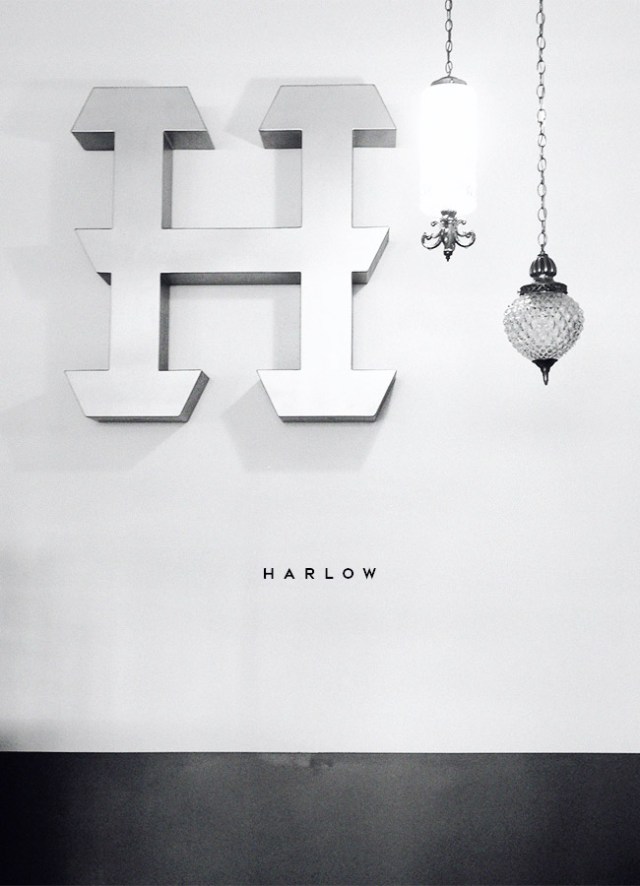 I live about 10 minutes from Harlow but had never given it a try until a few days ago. With a gluten-free menu, tons of vegan options and a juice selection like no other, I was already excited when I walked in but then I spotted vegan mac and cheese. Not quite believing it, I read through the ingredients twice. It was seriously the best non-dairy mac and cheese I’ve ever had. Craving it now as I type this. 😉 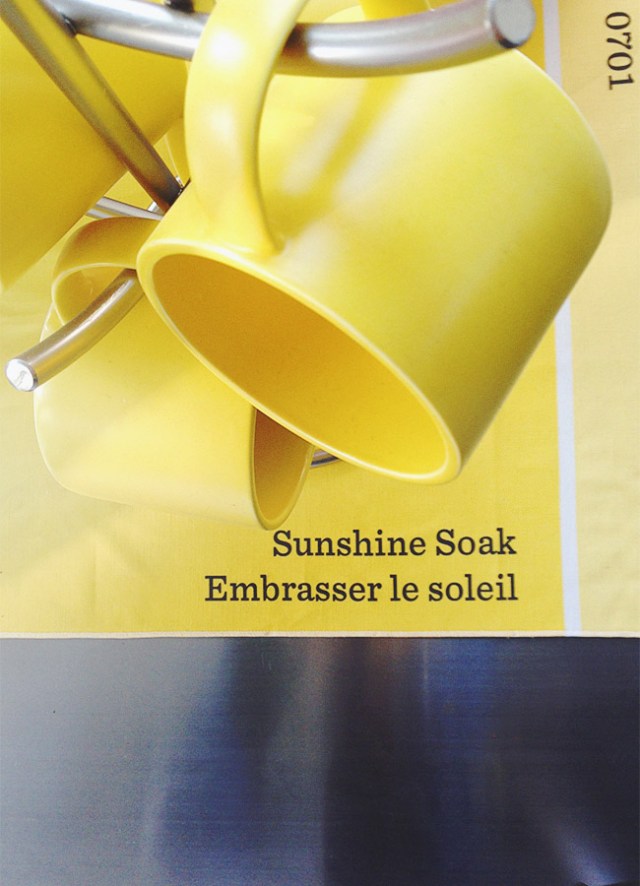 Isn’t this the best faux swatch name ever? This table runner that sits along our coffee bar is so much fun. 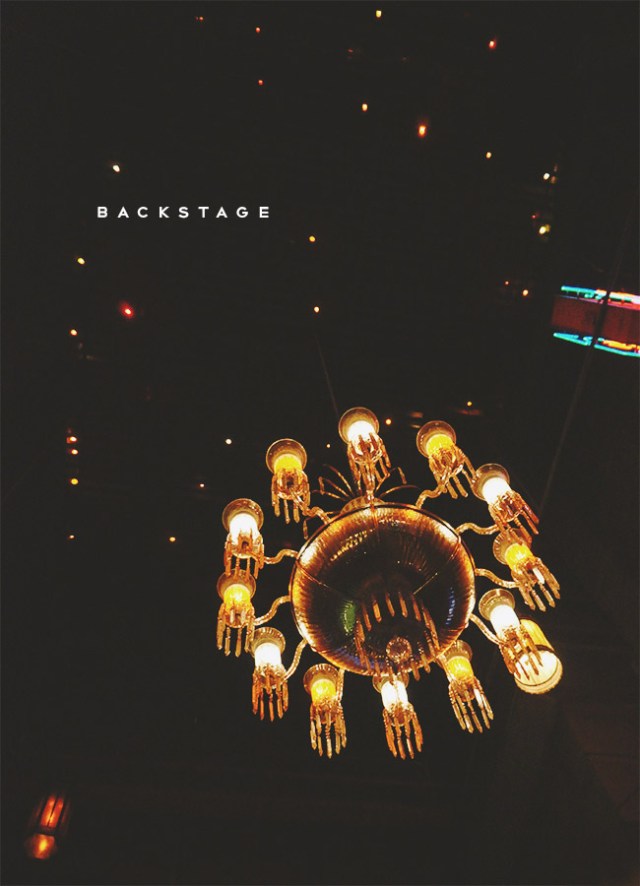 In the middle of the week, I had dinner plans with my aunt but we got a little sidetracked and ended up at one of my favorite Portland bars, Backstage. Best detour ever?! I always end up staring up at the chandeliers dangling from the ceiling, which is a solid 6 stories high. 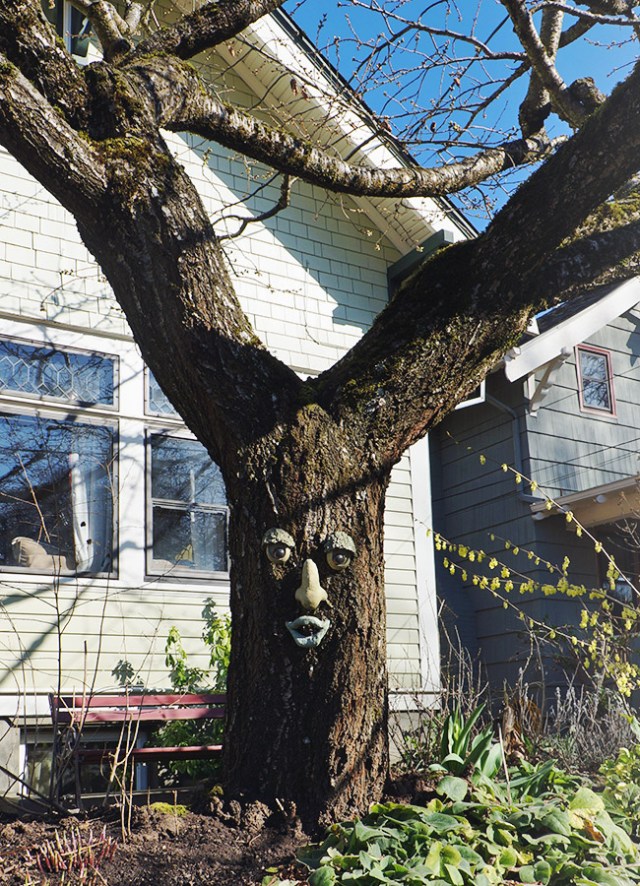 Back to Wednesday — I snuck out of the office for lunch with my grandma and on our way back to the car, I stopped in the middle of the sidewalk, laughing hysterically and pointing. “Look grandma, look! That tree has a face!” Grandma: “Huh? I don’t see it.” Me: “RIGHT THERE! A FACE.” Grandma: “Ohhhhh!” Hahahaaaa. 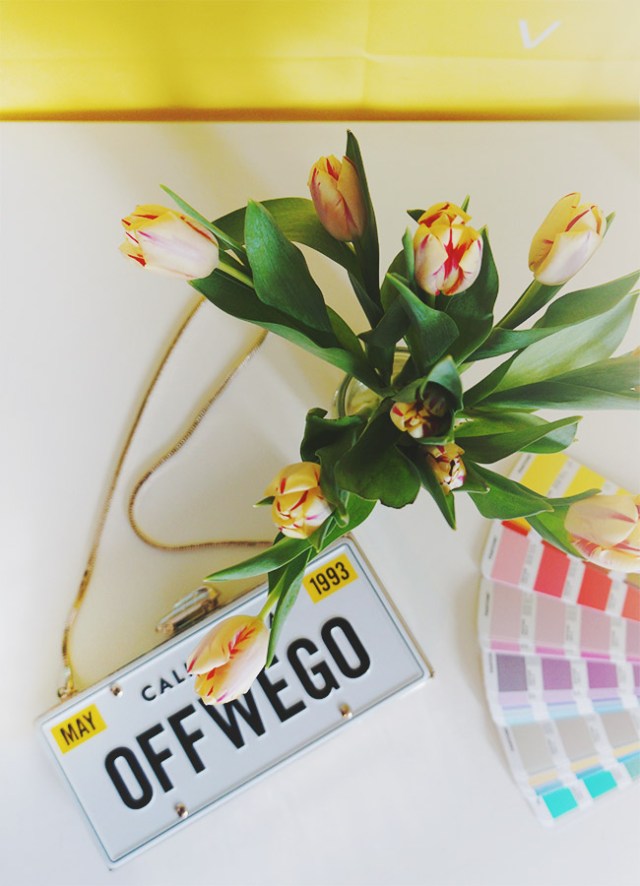 Have an amazing weekend, everyone. It finally feels like spring has legitimately hit and I’m itching to get outside.

P.S. I’ll be Instagrammin’ from LA all next week if you want to keep up in real time. xoxo 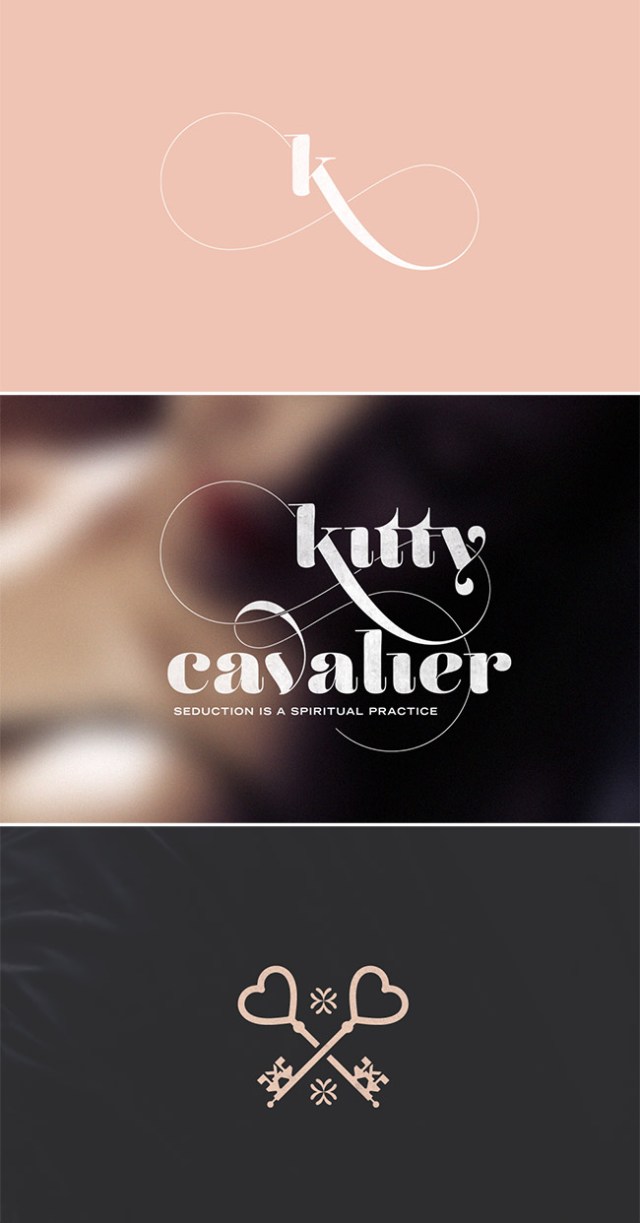 This project was such a labor of love. My design studio, Branch began working with Kitty Cavalier last September and today we’re finally unveiling her new branding and website! There are a lot of parts and pieces to this one so click on over to check out the whole thing and read a little more about the process. 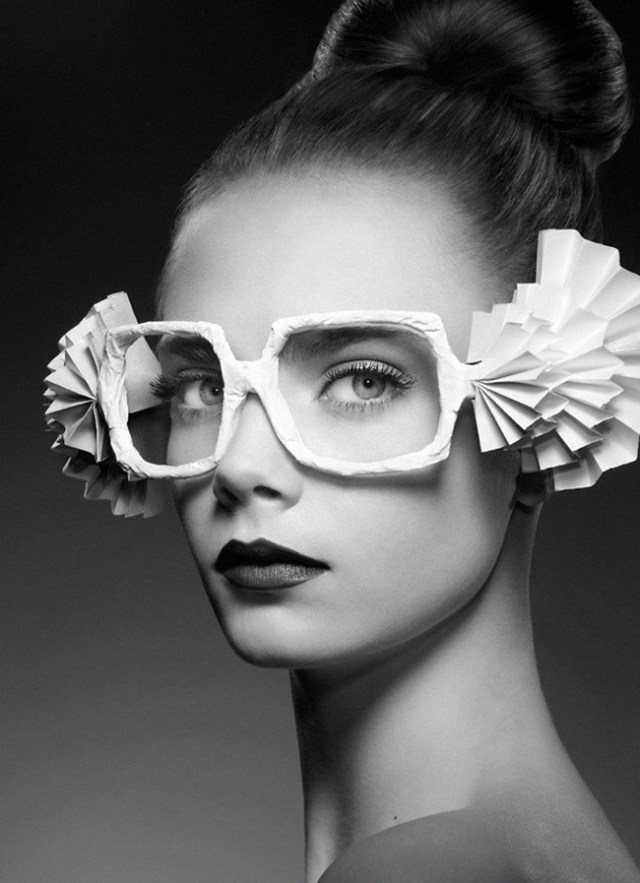 • 40 healthy snacks to keep at the office.

• Finally, someone cracked the code on Facebook’s news feed algorithm.

• An inside look at the life of a barista.

• Make your own typographic art!

• In my opinion, any mix drink with blood orange is worth trying!

• Wow! These jobs are no longer in existence.

• I’m a huge fan of Dr. Bronner’s soap. It’s interesting to hear more about the man behind the brand!

• This is what it’s like to listen to Nirvana with a two-year-old.