Petting Kangaroos and Cuddling Koalas: Just Another Day At Dreamworld 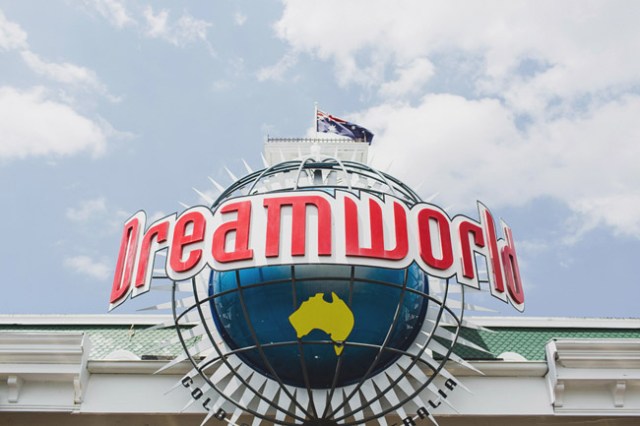 It’s no secret that I love theme parks. I’ve been to Disneyland and Disney World a combined total of 8 times and I would go even more often if I could. So when Kat, Gala and I found out that we had Dreamworld passes waiting for us during our first day in Australia, I couldn’t wait to see what the place had in store. 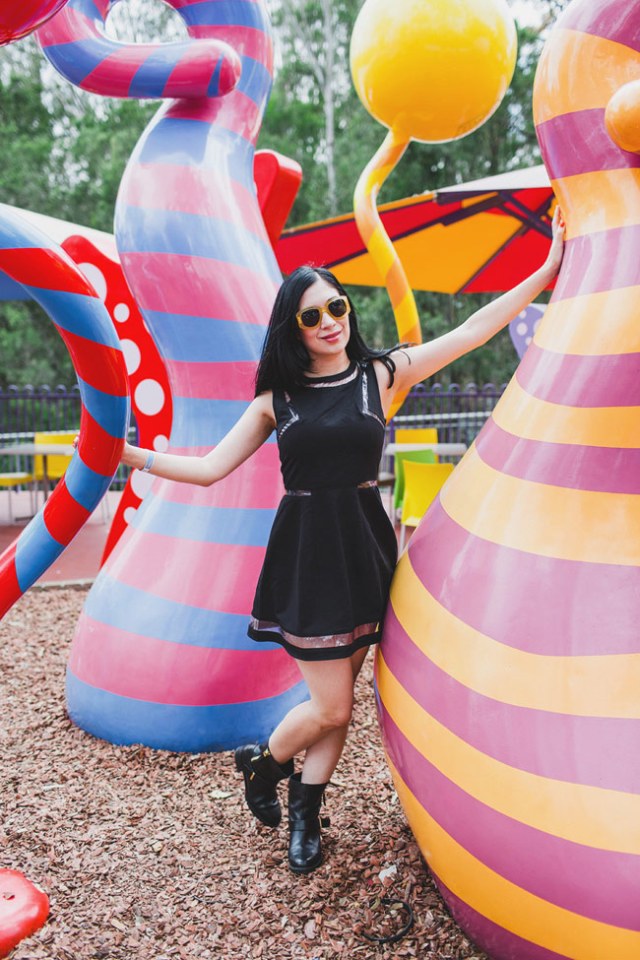 Located on the Gold Coast of Australia, Dreamworld can best be summed up as a cross between Disneyland and Six Flags with a heavy dose of wildlife thrown in the mix! 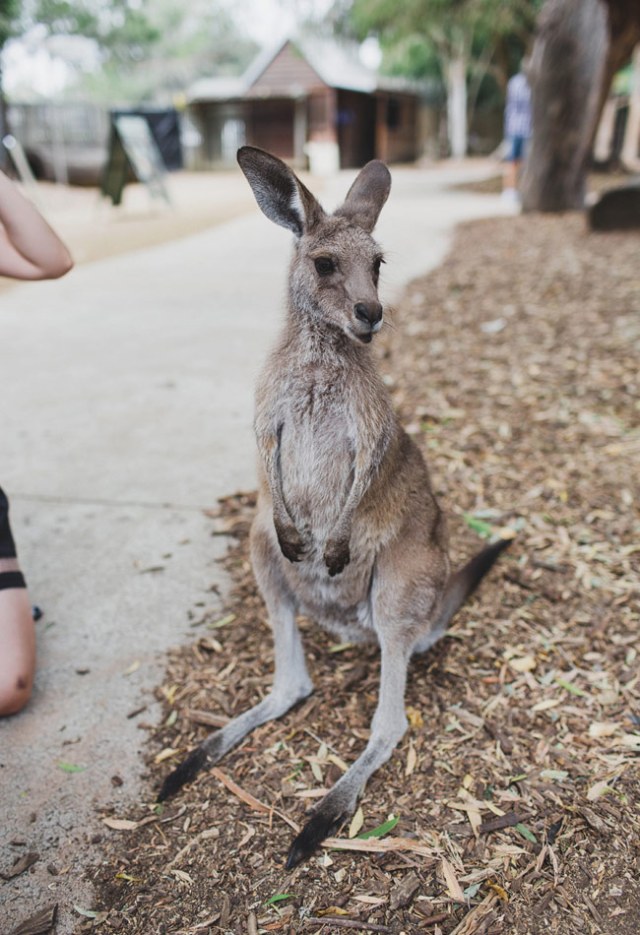 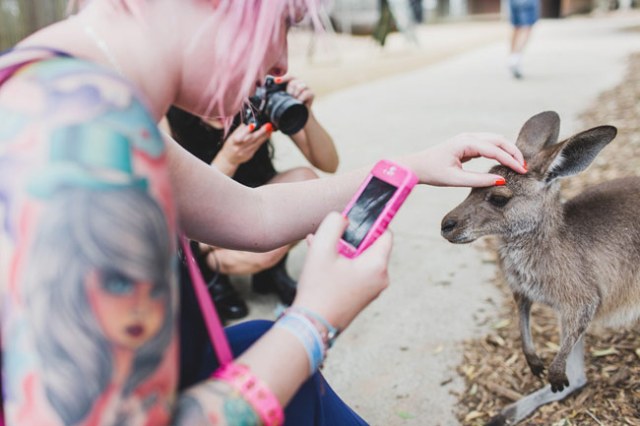 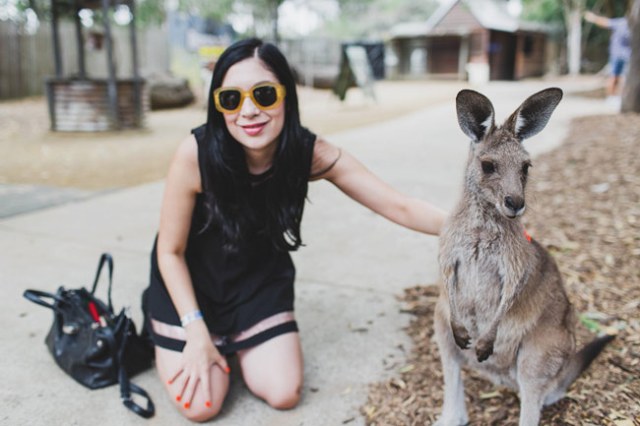 Our first stop in Dreamworld was an area containing a pack of kangaroos. I was surprised that there were no barriers — we got to walk right up and pet them. I’d never met a kangaroo in real life and had assumed that they’d be aggressive but they were a surprisingly friendly bunch. Just based on the kangaroo meeting, I was already sold on the place. I really didn’t think it could get much better than thatâ€¦ 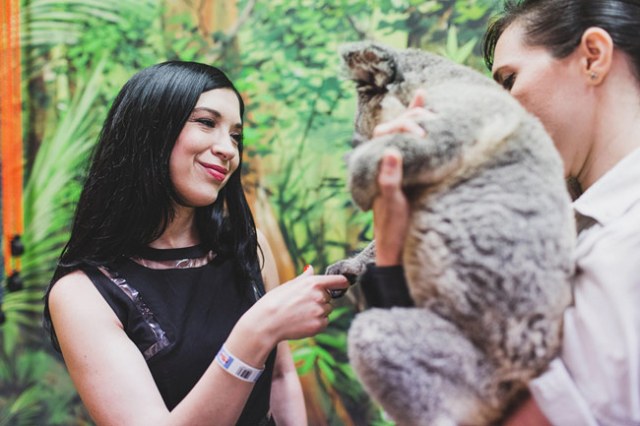 But, it did. Our next stop included the famous koala cuddle. My face says it all — I was completely in love with Brandy from the first time I laid eyes on her! 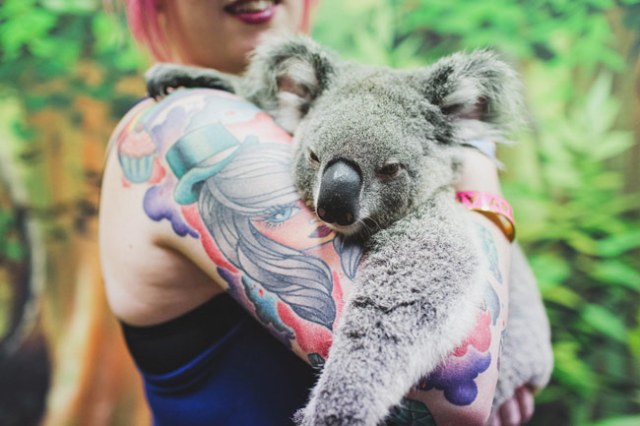 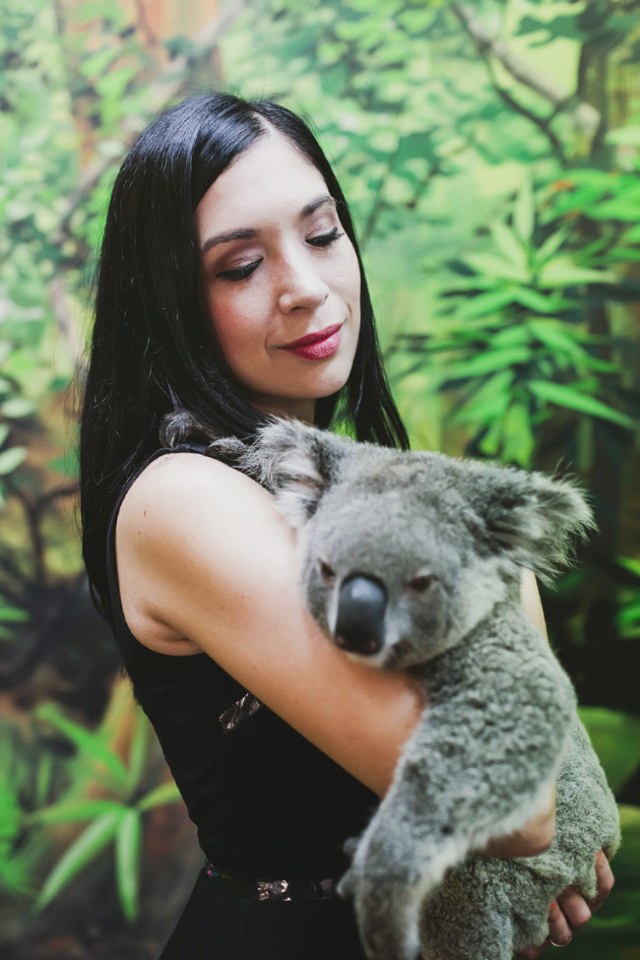 Still a baby, once she was handed over, her little claw rested on my shoulder. If I could have stood there all day holding my new koala baby, I would have. 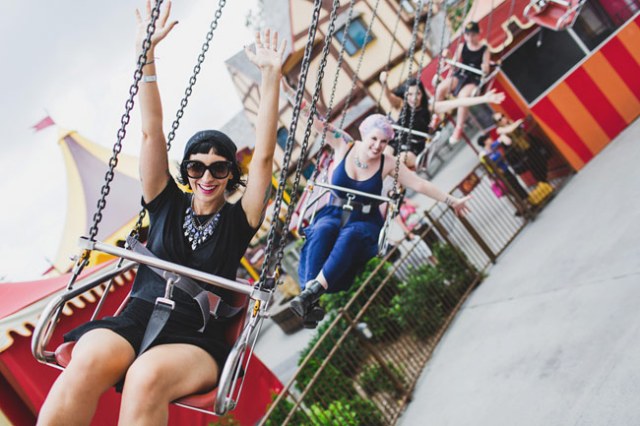 After our soft and cuddly wildlife interactions, we were ready for some action — we started out small with some high-flying kid’s swings and built up our adrenaline from there. 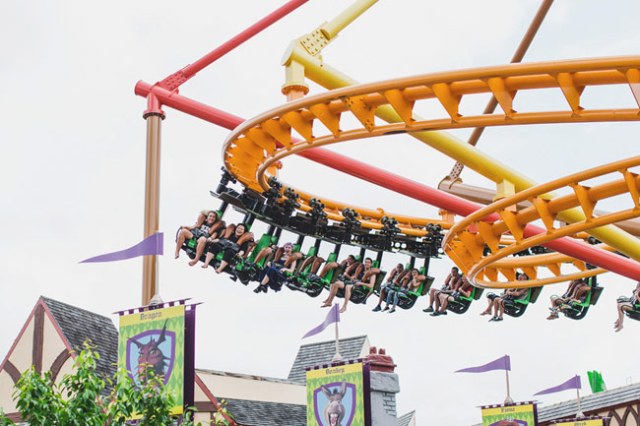 I’m honestly not a huge thrill-seeking junkie and some of these rides were intense! I stuck to a few of the smaller roller coasters but skipped most of the ones that included getting thrown upside-down. That didn’t stop Kat, though! 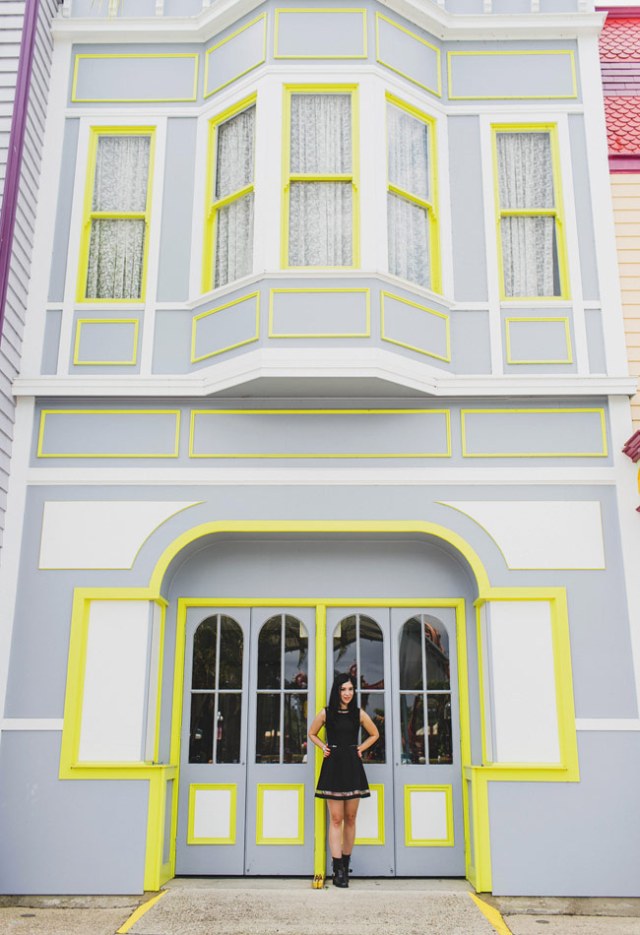 The hangout area of Dreamworld reminded me a lot of Downtown Disney, just with bolder color schemes. I felt right at home in front of this modern house. 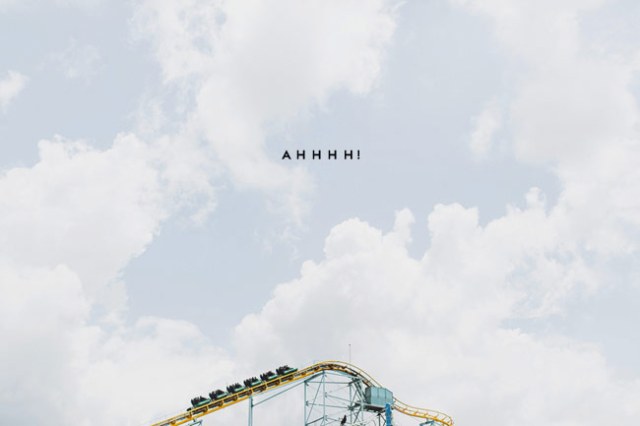 Dreamworld seemed to have something for everyone — adults, kids and animal enthusiasts alike. It’s the only place I’ve ever been to where you can cuddle a koala and 10 minutes later, end up on the scariest roller coaster imaginable!

Special thanks to Tourism and Events Queensland for making this post possible.
All photos by Janneke Storm.

One Response to Petting Kangaroos and Cuddling Koalas: Just Another Day At Dreamworld