Put It In Writing: Commit Your Goals To Paper 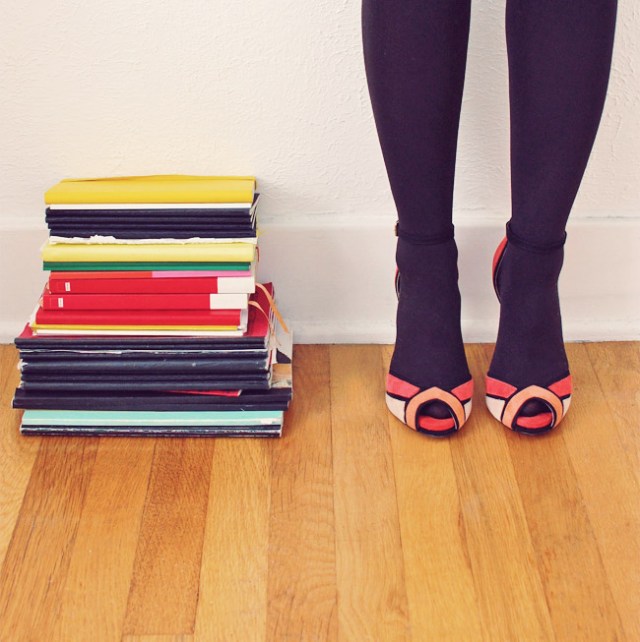 Two nights ago, I realized that I’d misplaced a password for an account and that it was tucked away in a notebook lurking in my flat files. As I started digging, I fell deeper and deeper into the rabbit hole — I had stacks of notebooks going back to 2002!

Most of the pages in these notebooks aren’t filled with sketches or design ideas; they’re pretty much dedicated to to-do lists and goals. It’s always funny to look back and re-read what you thought was important enough to write down at the time.

I used to be so good about writing down my goals. At the start of each new year, I would make a detailed list and tape it up next to my desk as a reminder of what I wanted to accomplish. Then, somewhere along the way, life took over and between design and blogging commitments, they fell by the wayside. I made excuses instead of taking 10 minutes to think about what I really wanted and commit it to paper.

I’d forgotten how powerful a simple list could be, though. During that search two nights ago, I came across one in particular, from about a year and a half ago. And when I read through it, I realized that I’d not only met every goal I’d written out back then but I’d bypassed a few by a long shot! The sad part is, I didn’t even know I’d reached my so-called goals until I found that list because I was too busy living my day-to-day existence, just trying to cross off as many things as possible on my to-do list. I wasn’t taking the time to step back and look at the big picture.

So, I’m challenging both you and myself to get back to basics. Pull out a piece of paper and a pen and write down your goals for the next year. I do keep digital lists but they just aren’t the same. Having that physical reminder to glance at on a daily basis is so important! Today, I’m writing out new goals to commit to and taping them up next to my desk.