Hell Has Officially Frozen Over: I Did a Cleanse…and I Liked It 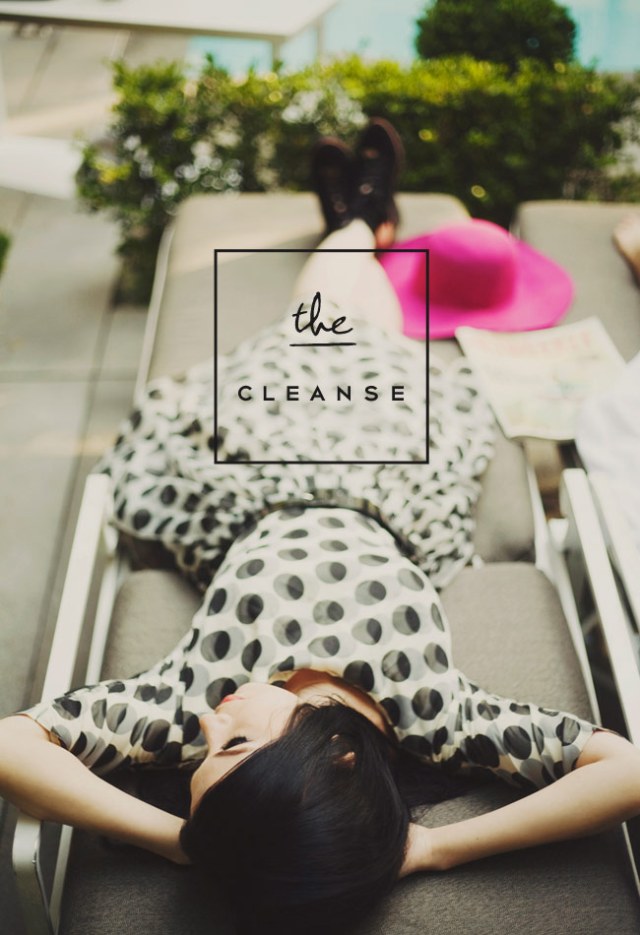 Up until two weeks ago, I’d never done a cleanse in my life. Or, been on a diet. While self-control and focus come easily to me in my professional life, with food, it’s always been a different story. If there’s a basket of bread in front of me at a restaurant, you can bet that I’ll polish off the whole thing. If there are pastries sitting out, I’ll eat two without a second thought.

Overall, I’ve gotten lucky and managed to slide by with little effort while still fluctuating (give or take 10 pounds) near the same weight I was when I graduated high school in 2000. But internally, I knew that I wasn’t operating in top form. I just lived with that feeling, though because my clothes fit and I was low on motivation. While that bread basket was damn delicious every time, I’ve never, ever had a flat stomach (I jokingly refer to it as my “energy pouch”). I just assumed it was the way I was built.

Sometimes, the right people enter our lives when change is needed and in April, I met Dhru and Kaya Purohit at our LA Blogcademy. Lithe, clear-skinned and possessing energy by the bucketload, I wanted to know their magical health secrets. Soon enough, I found out that they were part of the Clean Program. I wasn’t necessarily ready to take part but a few weeks later, a brick-sized box arrived on my doorstep filled with their vanilla shake packets.

Was that enough to convince me to change my ways? Not quite. I’m a tough sell. And stubborn! The box of Clean goodies sat untouched in my office, taunting me for a solid two months.

But then, I hit the road again. Sprawled across the couch in our rented New York apartment and too tired to go out and fight the suffocating humidity after teaching our workshop, Kat, Gala and I ordered Thai take-out and gleefully watched Behind The Candelabra. We did the same the next night. And, again. By the time I was hopping on a plane to Minneapolis, my skinny jeans were waaay snug (haha).

Vowing to get back on track (when you’re traveling, you know how hard that is!), I ordered the local fish for dinner my first night in Minneapolis. But I forgot that when you’re in the Midwest, everything seems to be breaded or deep fried. Everything. Then, the stream of bagels and lattes crept in as our early mornings teaching the workshop set in. Of course, when you’re in those parts, deep-fried cheese curds and kitschy mix drinks named after Prince are around every corner and who am I to say no to such delicious delicacies?!

Needless to say, I was relieved to get back to Portland where my husband, a diehard vegan for the last 20+ years, does all of our cooking. While that helped, I still felt pretty gross and lethargic. The thought of anything fried made my stomach turn but I still devoured plenty of buttered toast and downed many lattes as my schedule sped up. 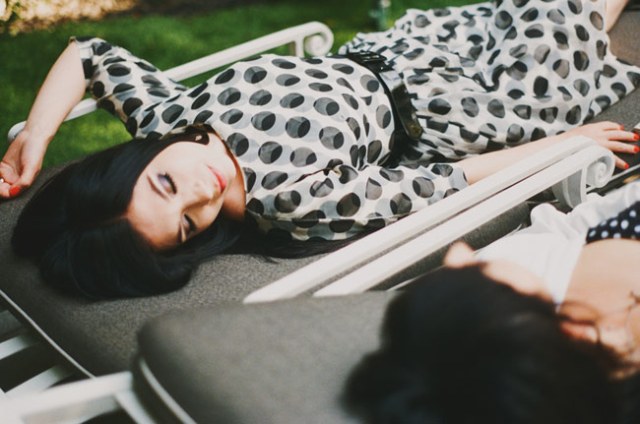 After a few days back home, Kat and Gala both emailed me, saying that they were feeling pretty icky post-vacation too and suggested that we all try the Clean Program together. Okay, okay. Fine! I’m super competitive and I wasn’t about to be the lone loser. So I chugged the vanilla shakes every day, denied myself alcohol, caffeine or processed foods and stuck with nearly all fruits, veggies and nuts (like I said, hell froze over).

Day one was a breeze. “What?! This is NOTHING!”

Day two wasn’t so kind as I struggled through a splitting headache all afternoon. Was it the caffeine or sugar withdrawals? Probably both.

By day three, all I could mutter repeatedly to Joey was that I wanted a bagel.

By days four and five, I was beyond sick of subsisting on veggie soups and salads, even though I admitted that they filled me up and I did feel healthier. The night of day five was the most fun challenge: I went out on the town with my dad and three bars later, I’d managed to avoid alcohol completely. Sipping ice water in Portland’s hot spots is cool (or, at least that’s what I told myself).

The weekend didn’t even faze me — days six and seven I was so busy with projects that I didn’t have time to dream of my old vices.

Now that my foray in clean living is up, I’ve learned a lot about myself:

1. The bloat I’d always had in my stomach was indeed diet-related, not genetic as I’d assumed. Within three days of kicking bread, it was the flattest it’s been in years.

2. Anything worth doing is hard. I kept putting off diet changes because I’m not overweight but I was missing the bigger picture: it’s not about just about weight, it’s about HEALTH.

3. I realized that since Joey does all of our cooking, I was actually already eating “clean” about 75% of the time. It was just a few extra additions that were making me feel like a garbage disposal (mmm, pastries).

4. I made too many excuses about being busy and often skipped walks with Joey and Rocky. Since doing Clean, I just get up and go. That bit of exercise clears my mind and I do feel better.

5. A week (or two or three) is a manageable enough chunk of time to make changes and if you don’t like them, you can revert back to your regular routine.

Will I do a cleanse of any kind again any time soon? Probably not. I’m focusing on moderation so that I don’t feel deprived but I’m much more aware of what I’m putting into my body. While doing a cleanse was a good way for me to jump-start new habits, it’s not a manageable way for me to exist long-term. I just want to feel healthier and by being more aware, I know that I can keep up on the basics I learned by eating clean. I can live with that.

I want to know: Have you ever done a cleanse? Did it help you jump-start new eating habits for the long run or did you revert back to unhealthy habits the second it was over?

Special thanks to the Clean Program for providing me with the tools to jump-start my diet for the better. All opinions expressed are my own. Photos by Made U Look.