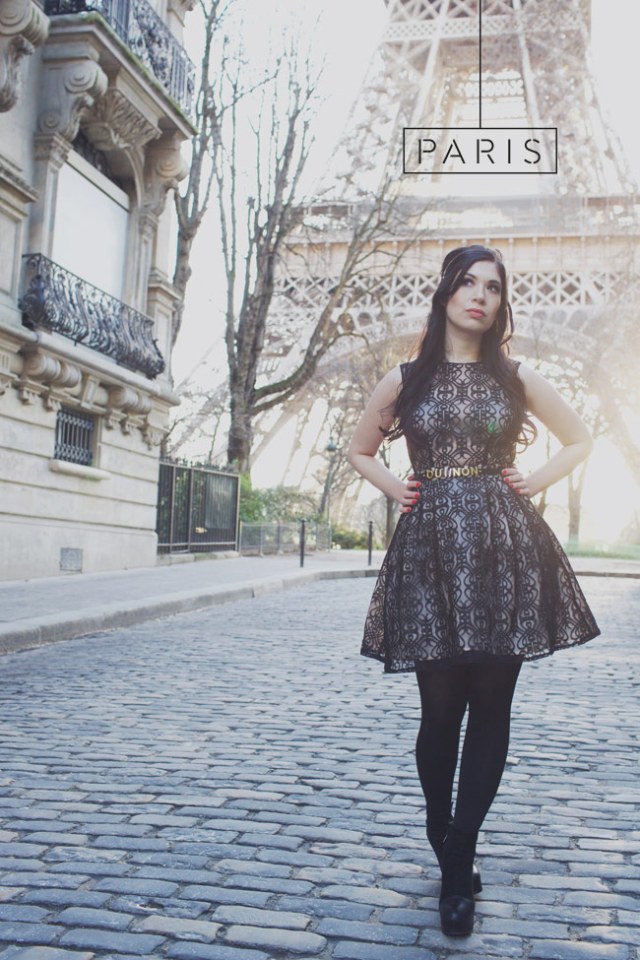 When I was in Paris a few weeks ago, we followed up our apartment shoot with a visit to the Eiffel Tower. Yes, it’s a bit cliché to use it as a backdrop but it’s an opportunity that doesn’t come around very often for this Pacific Northwesterner! 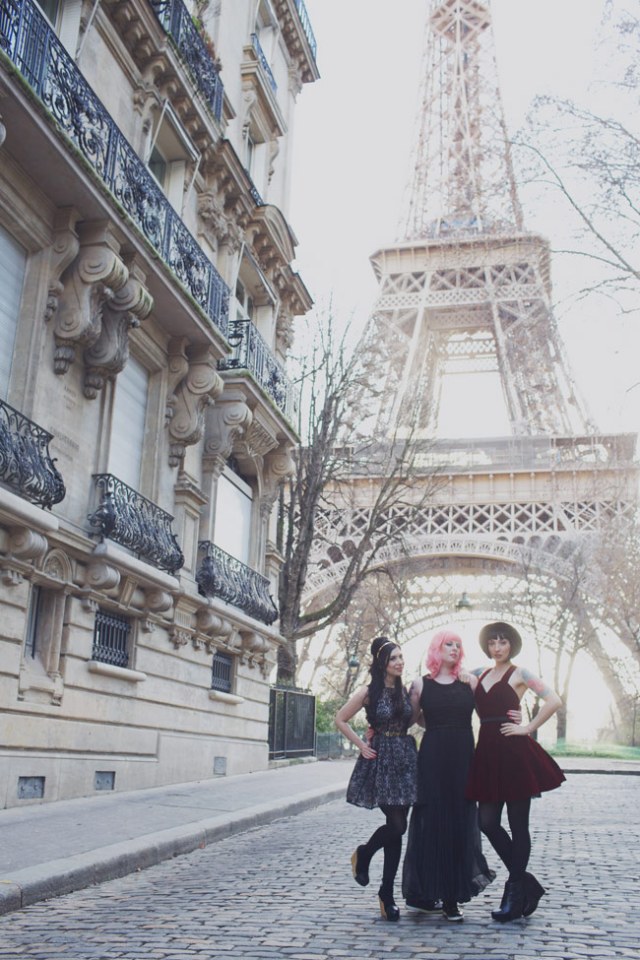 You can’t tell from these photos but it had been POURING all day. We used the gloomy morning to shoot around the apartment but as the rain kept coming down, we knew we had to chance it and work with what we had since we were leaving the next morning. A metro ride later, our crew was wandering the streets, trying to find the least tourist infested angle to shoot from. Lisa Devlin finally found a deserted street that led up to the tower and I swear to god, within five minutes of arriving, the rain stopped and the sun popped out. Sure, it was still only 30 degrees out but at least it wasn’t raining! 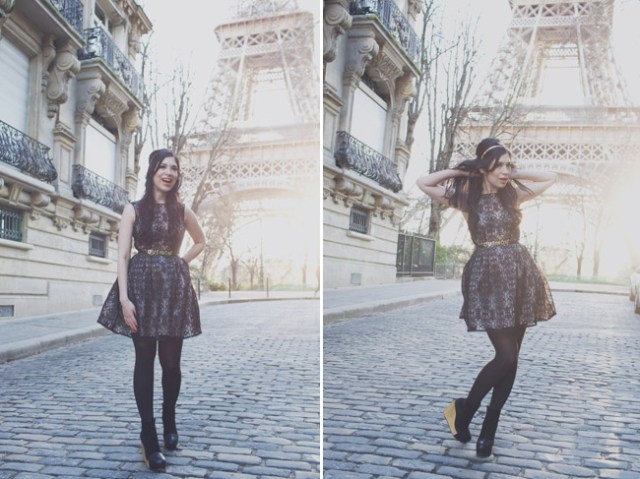 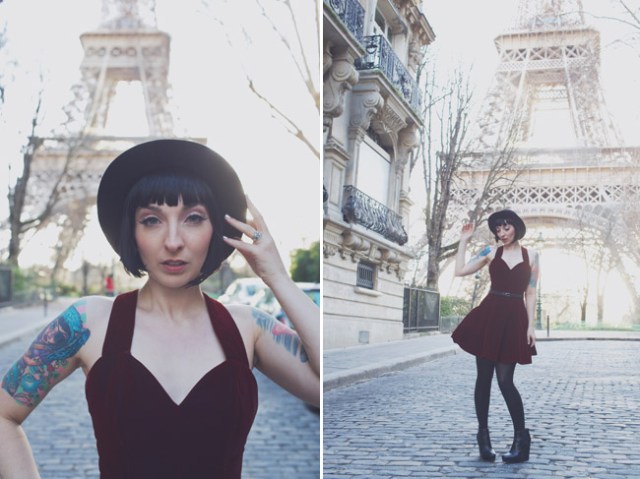 Gala wore a 90s Rampage dress that I found at Buffalo Exchange in Portland for $9.00 (and ended up liking it so much she wore it to a vampire ball a few weeks later!), Michael Kors wedges and a Nasty Gal hat. 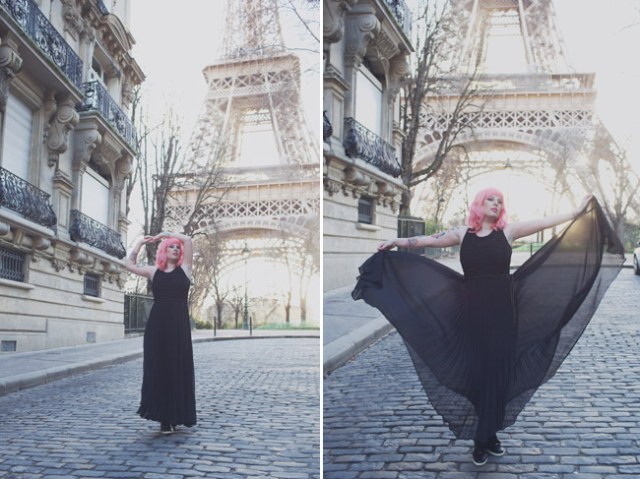 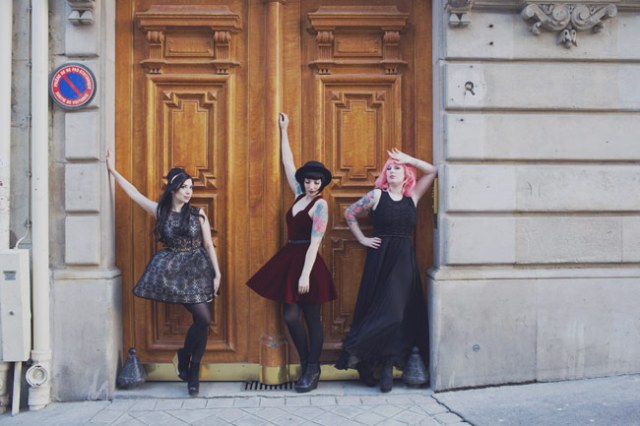 Paris is so beautiful, even in the winter…