Paris Photo Diary 01: An Afternoon At Our Apartment 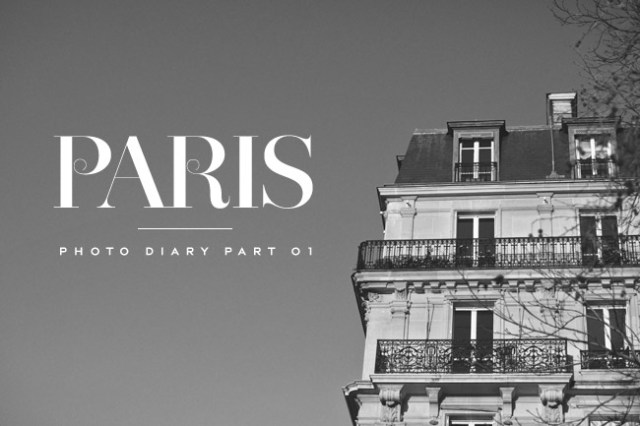 After spending more than a week in London, it was time to climb aboard the Eurostar and head off to Paris. A little more than two hours later, we were cutting across the city, heading straight for the mighty Arc De Triomphe.

Our turn of the century apartment was right around the corner and our favorite part of the building soon became the glass-walled mini elevator that zoomed up alongside the twirling staircase (every time I climbed in, I felt like I was entering a time machine to another dimension). 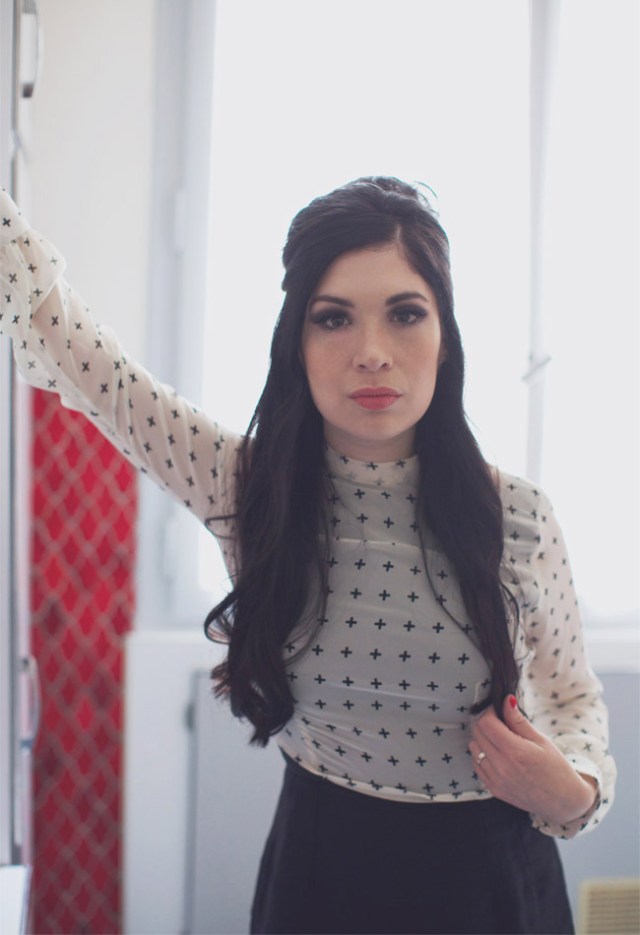 Instead of staying in a hotel, we switched things up for this leg of the trip and partnered with Go With Oh which is a company specializing in rentals in most major European cities. I always feel like staying in a hotel is very sterile and a little too perfect — it doesn’t really give you a true feel for the city. While my experience with other apartment rental services has been somewhat spotty, the apartment we found through Go With Oh was absolutely spotless, impeccably decorated and stocked with all the basics we could ever need including food, stacks of towels and yes…plenty of toilet paper. When you’re traveling for long stretches of time, those little details make all the difference. You don’t want to go out searching for them when you’re flat out exhausted! 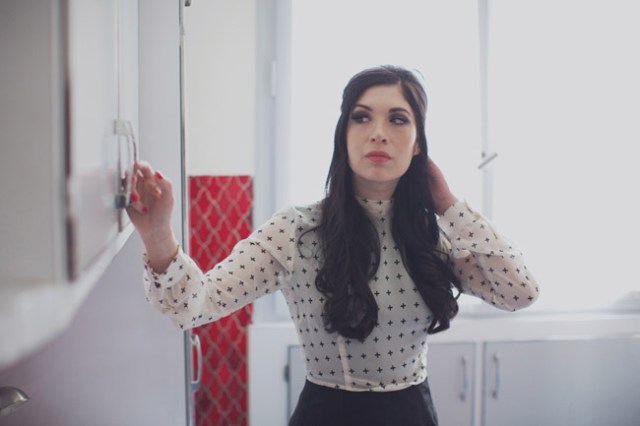 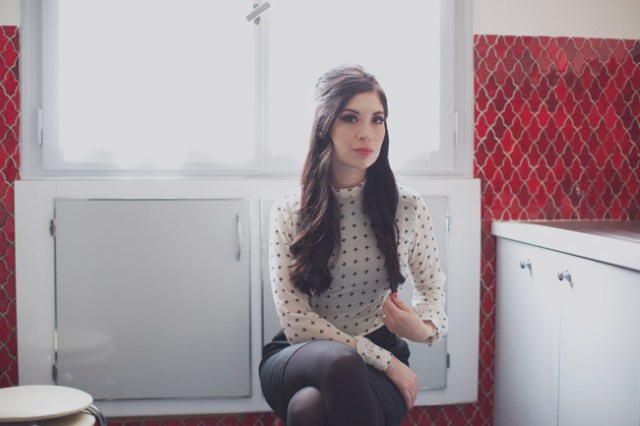 Paris is the most beautiful city I’ve ever traveled to, hands-down and I knew we wouldn’t be content actually lounging around — there was far too much to document! We invited along the dream team of Lisa Devlin, Shell de Mar and hair and makeup whiz Elbie van Eeden to capture all the details our amateur photo skills could not. While I can get a great snapshot, I’m well aware of my limitations and know when to call in the pros. 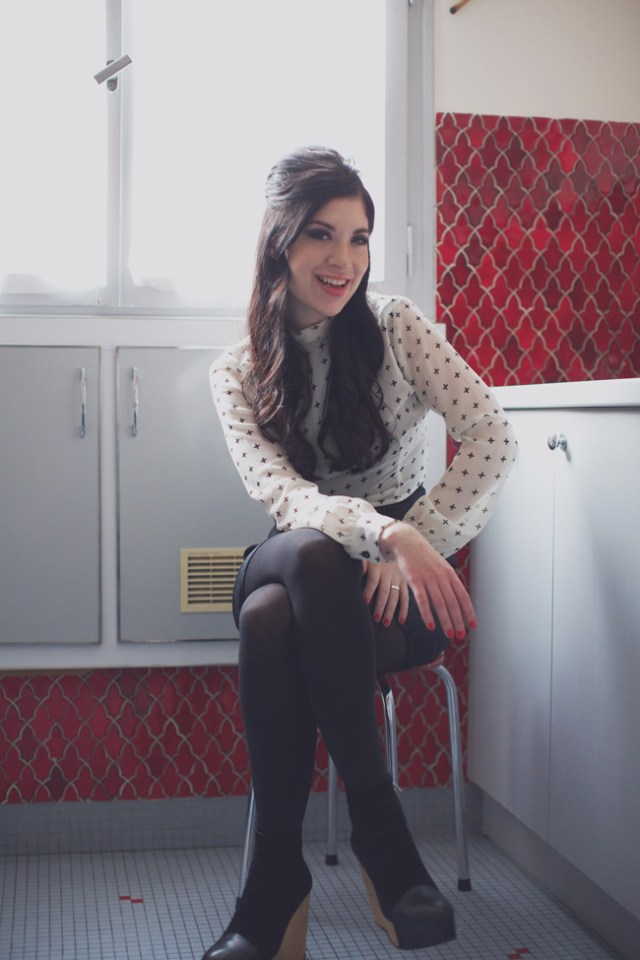 The entire apartment was awesome but I gravitated mostly to the quirky kitchen. Why I am I laughing? If you know me, it’s obvious that I can’t cook to save my life. At our house, Joey’s in charge of all the cooking (and he’s damn good at it!) So the whole time we were shooting, I was cracking up at what he’d think of the absurdity of it all.

But that kitchen! It was perfectly frozen in the late 50s with a brilliant red tiled backsplash and baby blue floors. If I called that apartment home, I wouldn’t change a thing. What I love about Paris is that there’s an emphasis on preserving the past. In America, we’re constantly after the next best thing, tearing everything down in our path. In my mind, this kitchen didn’t need any “updating,” it was already a masterpiece! 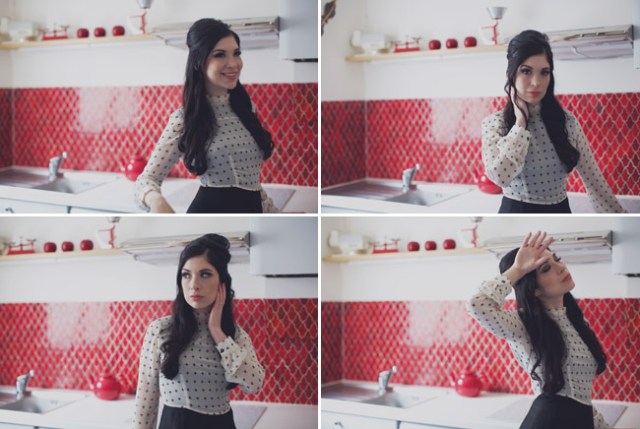 This outfit was actually a look I’d pieced together from Buffalo Exchange! I hate clutter and am constantly trading in my old clothes — over the last six months I picked up this vintage silk shift dress and sheer cross patterned blouse with my store credit. I love it when that happens! Pulling together a look doesn’t have to be expensive. 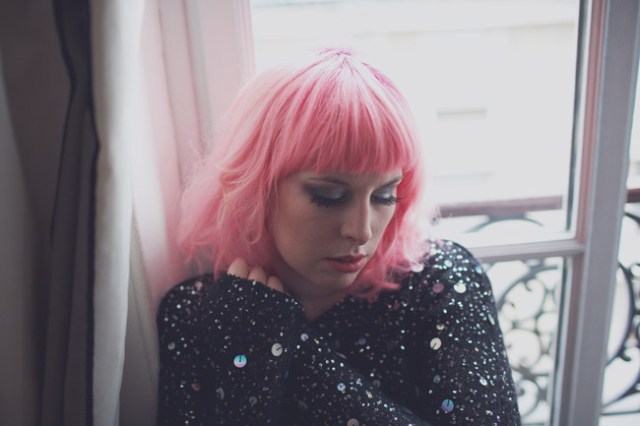 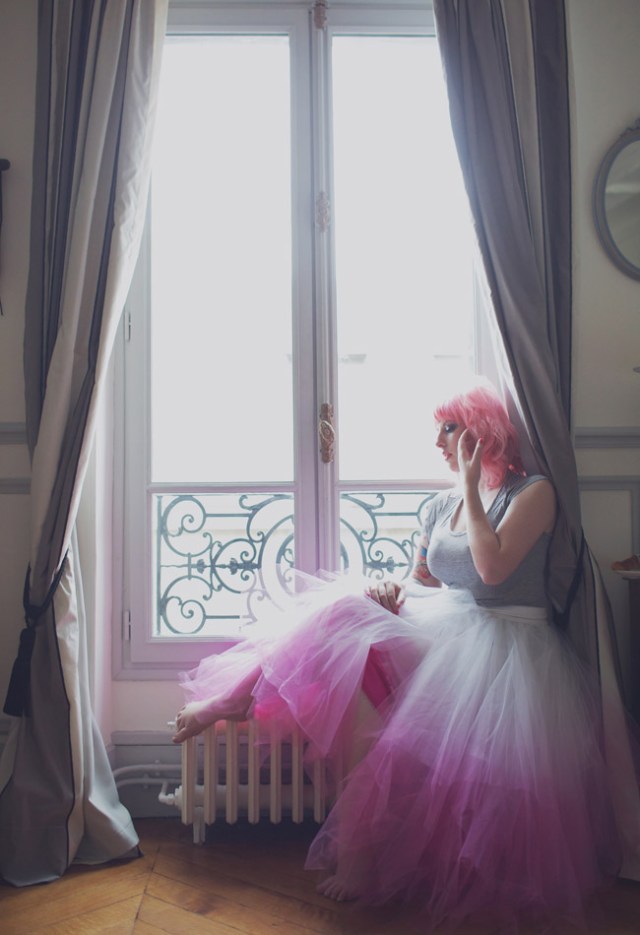 Kat is never subtle, ever! While taking a seat between the floor length drapery, she wore a custom made pink ombre tutu from Ouma, a grey t-shirt from Whistles and a belt from H&M. She then changed things up with a black sequined sweater from Manoush. When we were out shopping, I approved of this purchase, telling her it reminded me of something Michael Jackson would wear (the highest complement!) 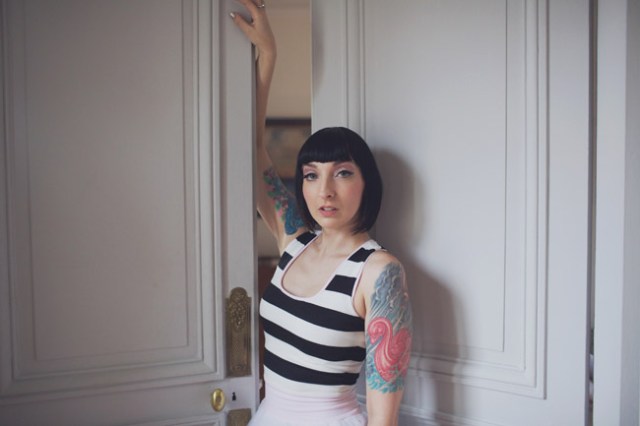 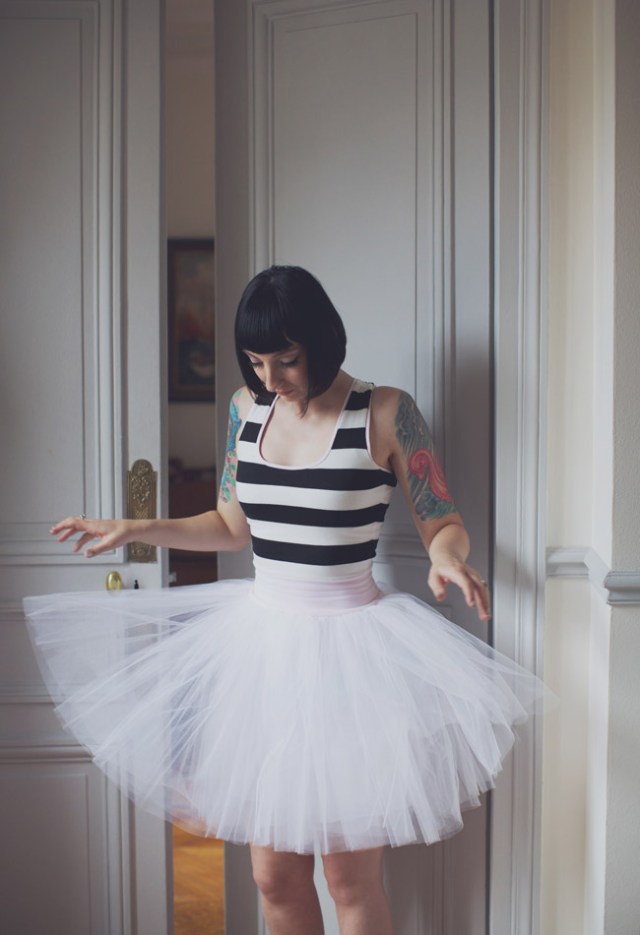 Gala was drawn to the large white double doors in our place which were so chic (why can’t places in the U.S. be this amazing?) She wore a tutu dress, also by Ouma and hopped around like a crazed ballerina (must’ve been the bags of sugary treats she was downing!) 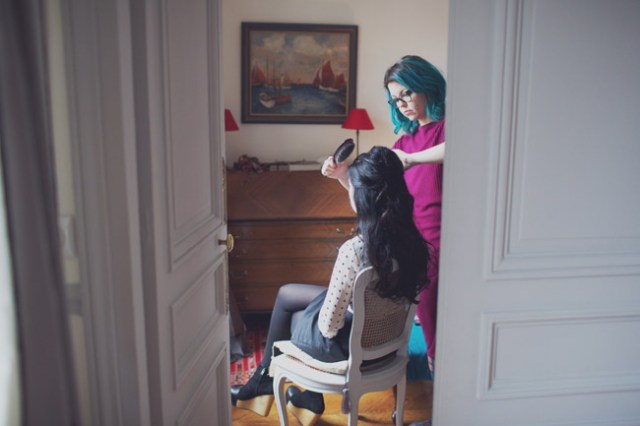 In other news, I’m glad I left my hair this long for our trip (I was basically trying to channel my beauty icon, Priscilla Presley) but man, I need to get a haircut! BAD. I’m feeling more like Cousin It than sleek; this crazy mane needs to be shaped up!

Portlanders, where do you go for a great haircut?? Spill your secrets!