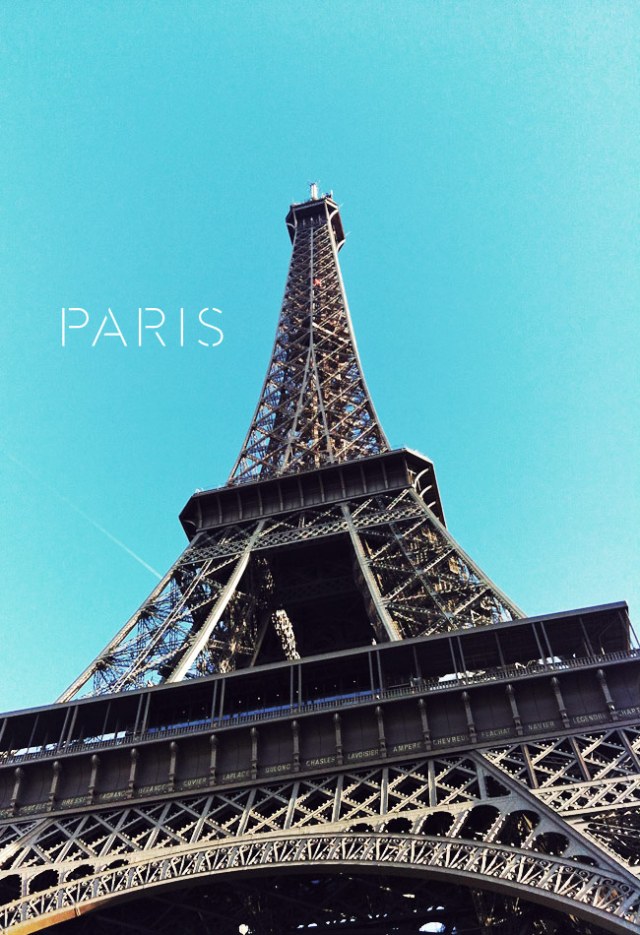 Oh, Paris! After we finished our two London workshops and then headed out to the English countryside for a talk at the farm (the farm is getting its own dedicated post — just you wait!), it was time for Gala, Kat and I to move onto Paris for a few days’ worth of R&R. 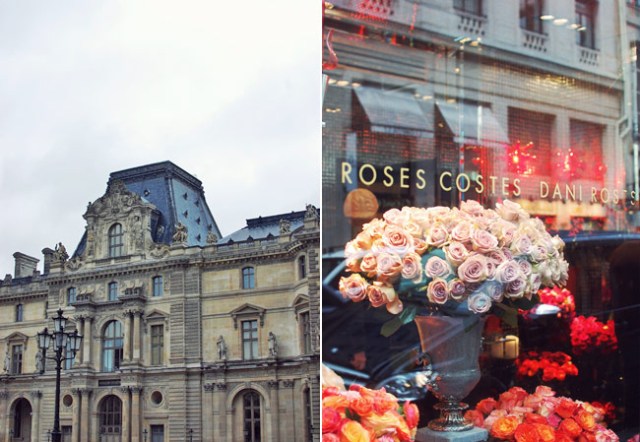 While London felt very Americanized to me, Paris is always another world together. Paris is one of the only places I’ve ever been that’s even better than what the history books and travel guides convey. 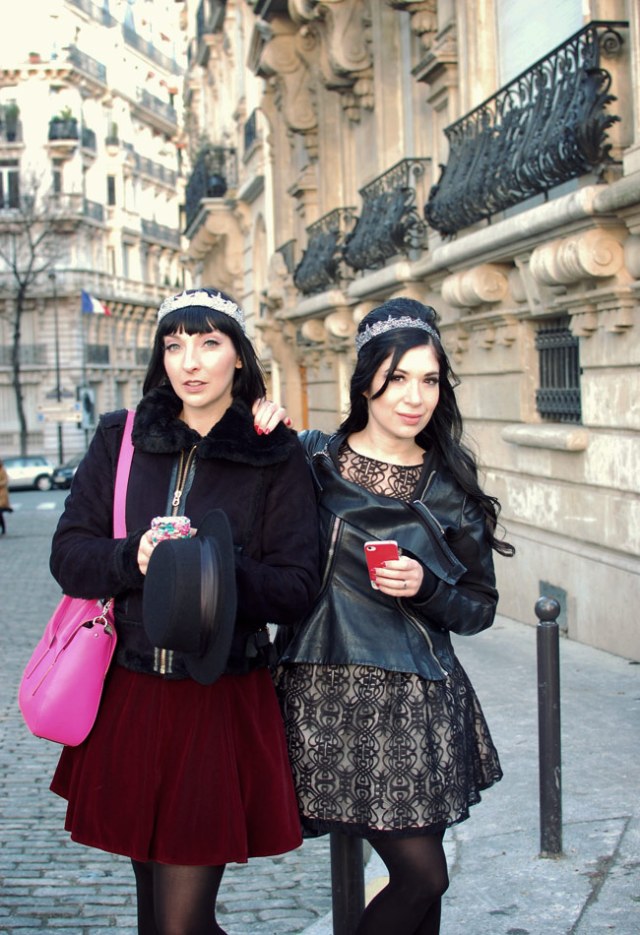 While it’s great to plot your voyage to make sure you don’t miss anything on your list, the truth is that you could aimlessly wander the city and be just as happy because every cafe, every sign and every menu has so much charm. Overall, Paris feels untouched by the big corporate chains that have overrun a lot of other cities. It’s as if the forces of the city join together to perfectly curate every last detail — the French understand the art of presentation like no other. 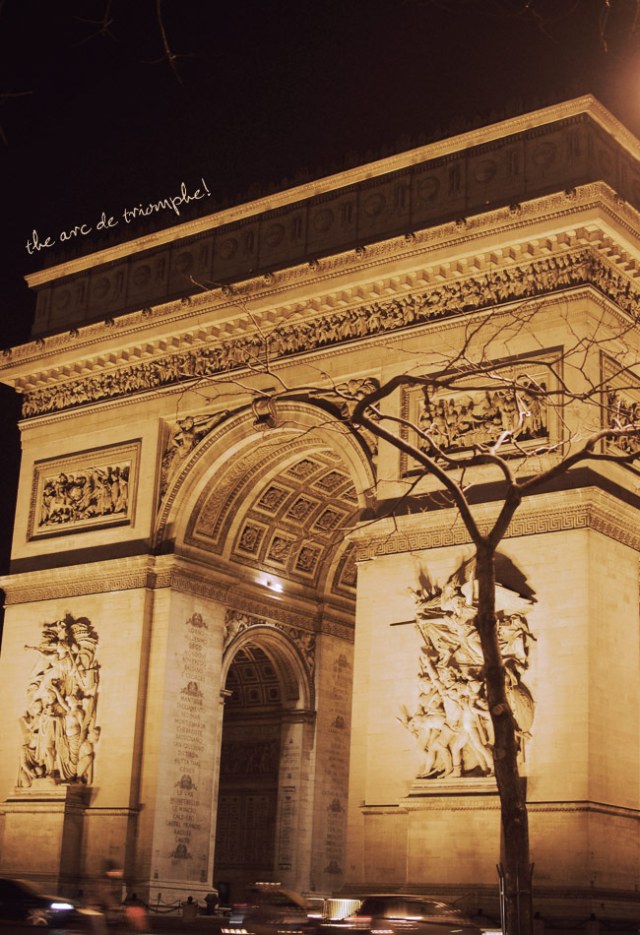 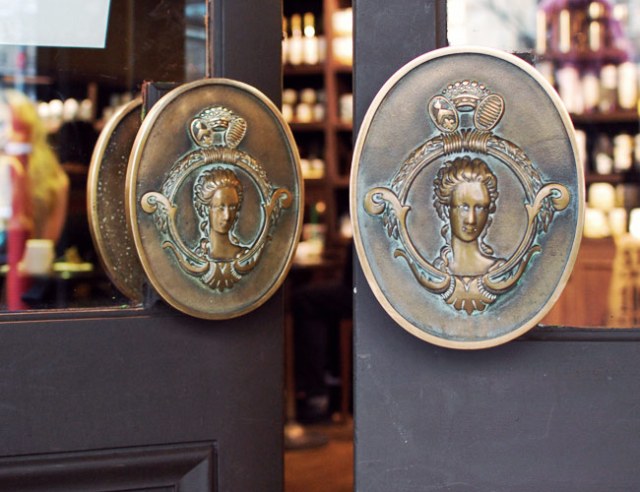 Last time I was in Paris, Gala and I stayed in the Hotel Du Petit Moulin in Le Marais and its themed rooms were very charming. This time around though, we partnered with Go With Oh and stayed just 2 blocks from the Arc De Triomphe. I still remember the first time I saw my parent’s photos of the Arc De Triomphe from when they visited in the 80s and it’s one of those structures you have to see in person to really grasp the scale. 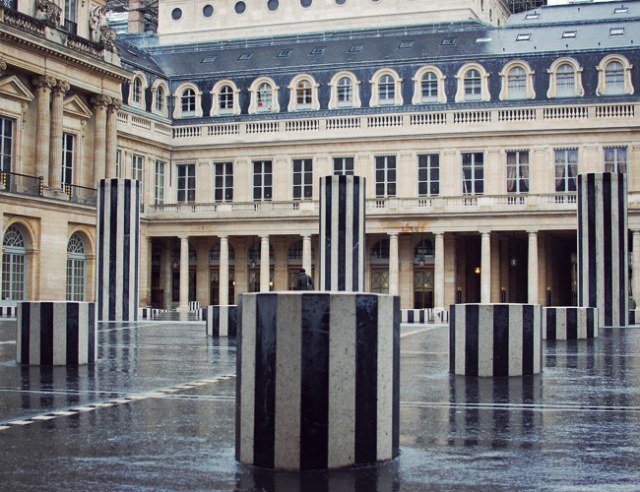 On our first day in Paris, we met up with my friend and client Juliane Berry who, as a wedding photographer, knows all the best spots. This time, she took us to the Siene River, Louvre and Palais Royal. When I spotted those striped columns, my eyes nearly popped out of my head. 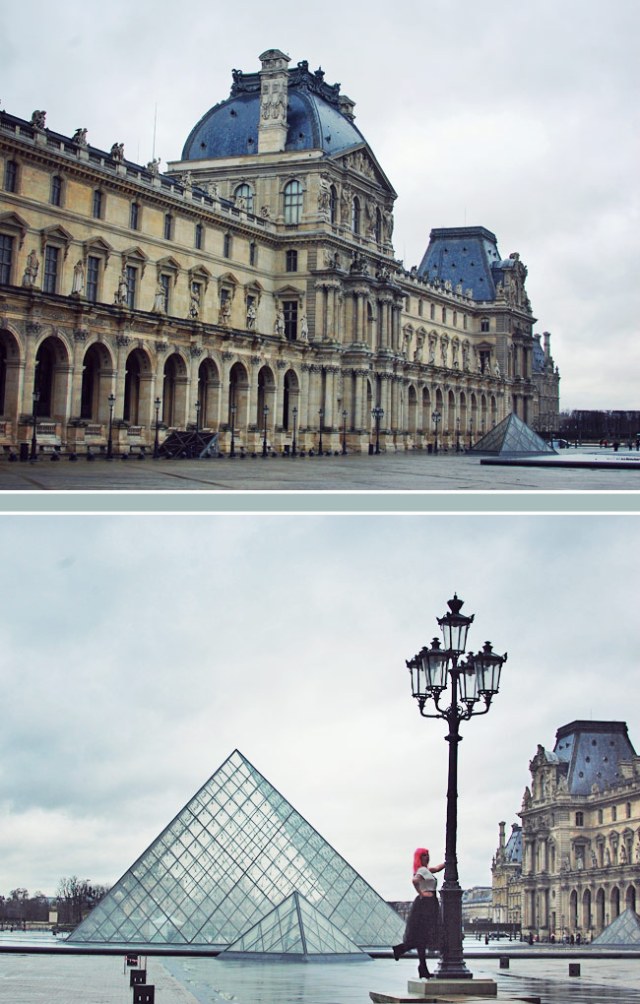 As I stood back and watched Juliane shoot Kat, I knew the photos were going to be good — she has a way with capturing those quintessentially Parisian moments. 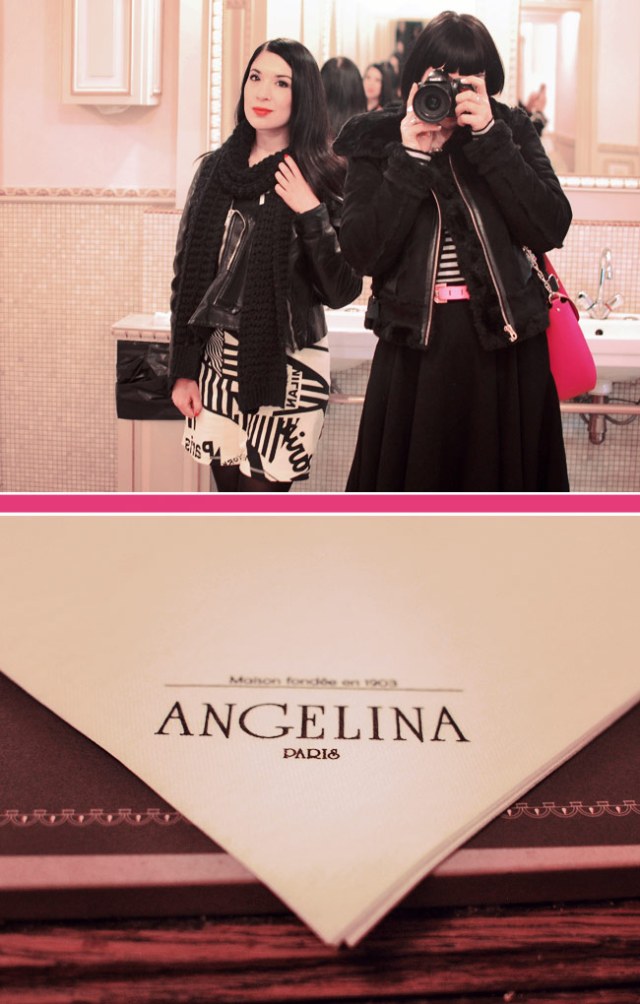 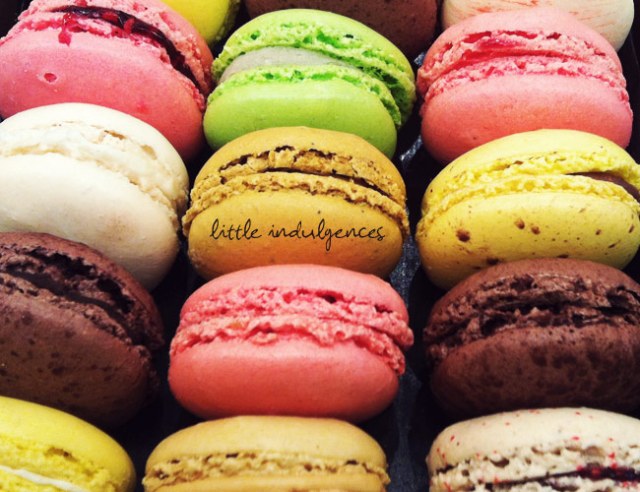 From there, we made a pit stop at Angelina to get out of the rain and sip their world famous hot chocolate that we’d heard so much about. Angelina is a hotel and restaurant from the early 1900s and the ground floor features their incomparable sweets selection. 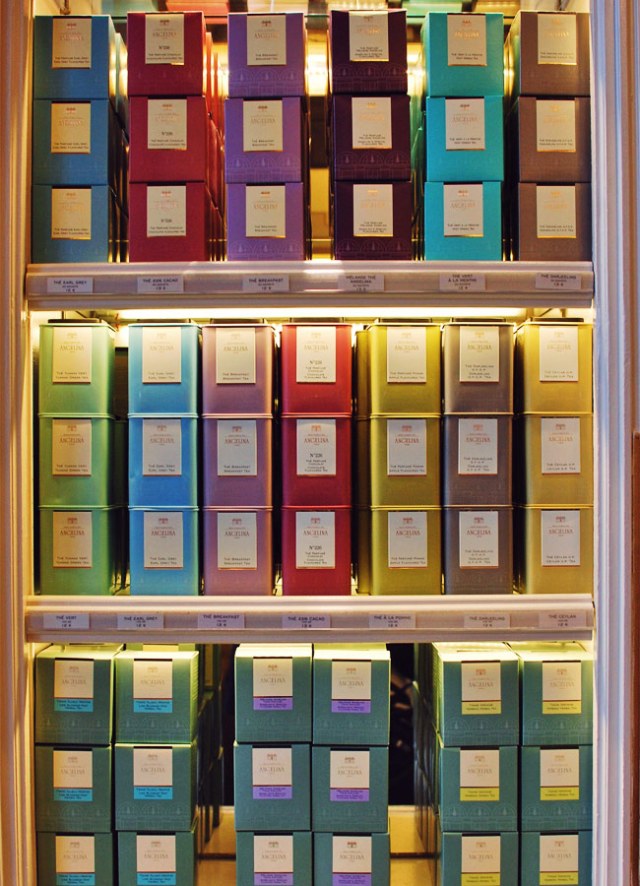 All of the recommendations we got from friends were spot-on; this is a must see place that feels very regal and frozen in time.

As we skipped down the streets humming George Michael tunes (obsessed!) we also made stops at Fauchon (a mecca for food lovers — this post by Luxirare sums it up well), Colette (great for art and design books, magazines, modern gifts and tech accessories).

To our delight (and the internet’s horror), Vine launched while we were in Paris and to commemorate the occasion, we danced a whole lot, wore crowns at the Eiffel Tower, drank extremely bitter espressos, guzzled wine, let our inner ballerinas loose and got a little mental with our greetings.

Paris will always exude romance, elegance and a sense of magic to me — I’m glad I got to experience it this time with friends who love the city as much as I do. 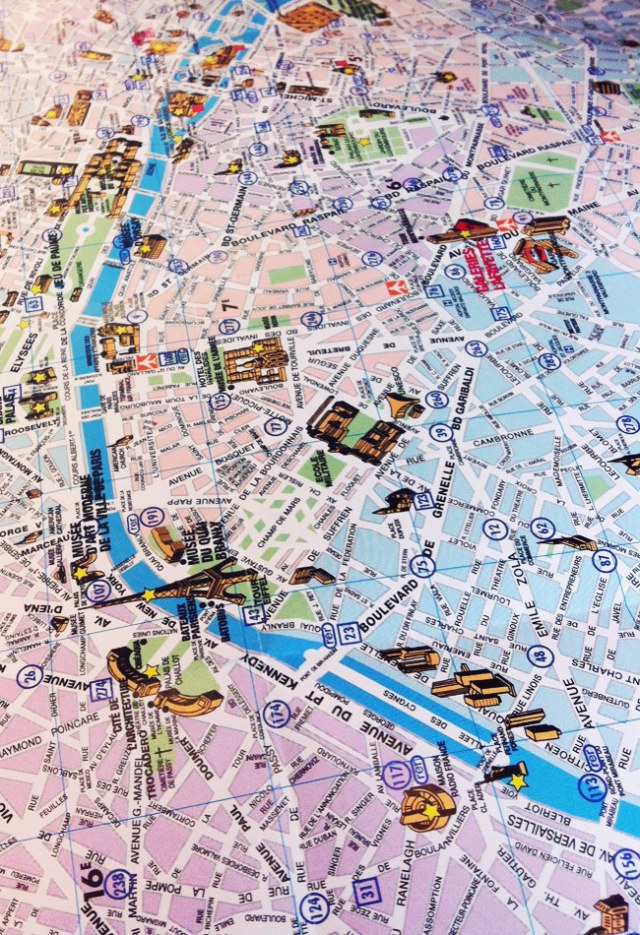 Transportation between countries: If you’re traveling between London and Paris, take the Eurostar. Affordable, efficient and easy, there’s a lot less hassle involved than flying. Use your downtime on the train to grab one of the free Paris maps on the train (above) and map out your moves!

Accomodations: We bypassed hotels this time for Go With Oh, which is similar to Air BnB in Europe. The apartment we found through them was pristine, clean and decorated better than most hotels. With a well-stocked kitchen, a cozy bath and a large living room, we felt right at home in Paris and were just two blocks from the Arc De Triomphe. If you’re looking for an extra special experience beyond the usual hotel fare, rent an apartment. 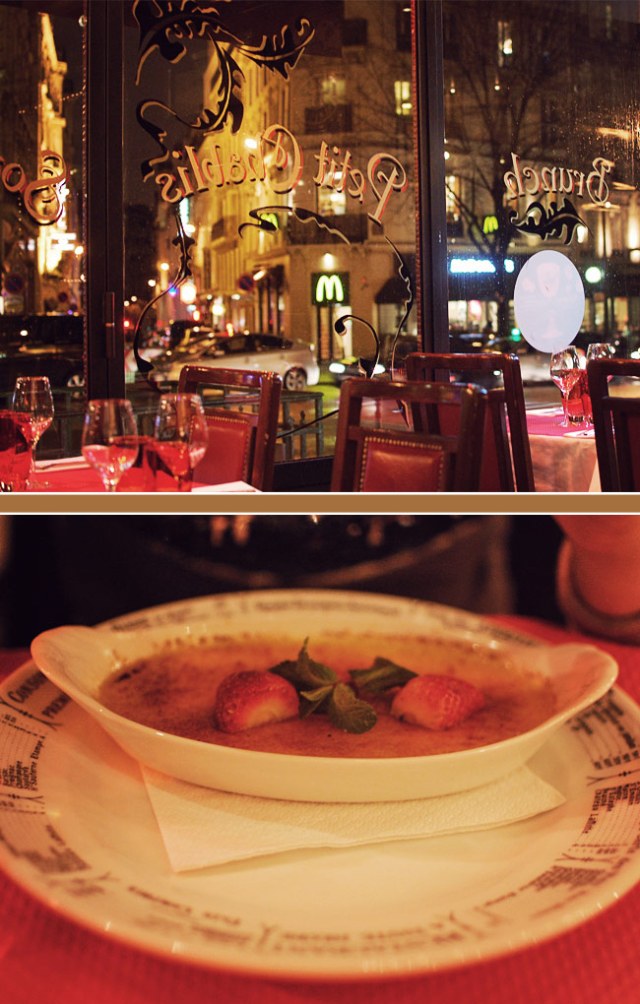 Food: Paris is blessed with cafes on nearly every corner and we had great luck at every single one we tried. As you get closer to touristy areas, expect to pay a few Euros more. Many have meal specials with wine, an appetizer and dessert included for a flat rate — when in Paris, eat!!! And then, loosen up your pants and eat some more.

For Early Flights: Be warned that the city stays awake till late and if you have to travel home at the crack of dawn, taxis are nearly nonexistent. We awoke to find the streets dark and silent the morning we left Paris and were thankful we’d planned ahead and googled a car service.

Getting Around: A lot of taxi drivers don’t speak much English so if you have somewhere you need to be, find the closest popular landmark to tell them or write the address down so they can read it. If you’re up for it, the Metro is efficient and never as packed as cities like New York and London. 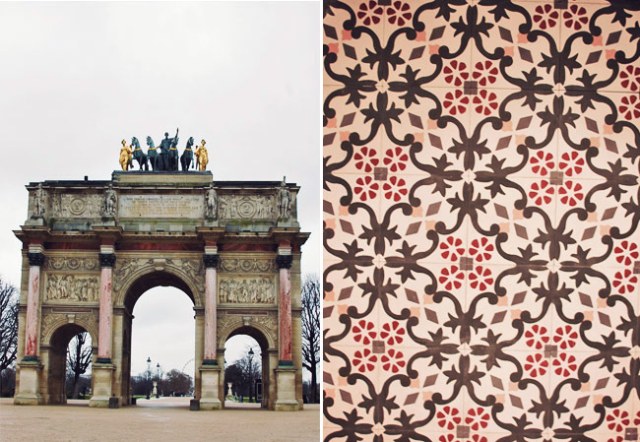 I just arrived home to Portland last night and am still coming down from my Paris high. Have a great weekend, everyone! I’ll be sneaking in lots of cuddles with Joey & Rocky — these two weeks were the longest we’d ever been apart. While I love traveling, it feels great to be home.

Any plans for this weekend?