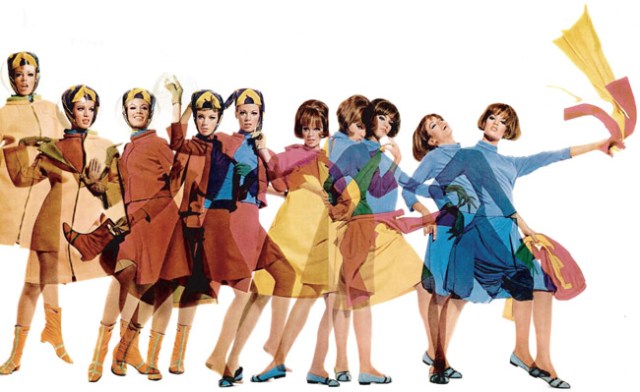 I believe that as creatives, instead of getting sucked up in Pinterest or trying to determine what the “next big thing” is, occasionally we need to step back and look to the past for inspiration â€”Â a lot of trends that are happening now are deeply rooted in previous decades. I’ve always been drawn to vintage airlines for design inspiration because they had some of the most inspiring branding, collateral and yes, fashions. My favorite by far always defaults to Braniff International Airways. 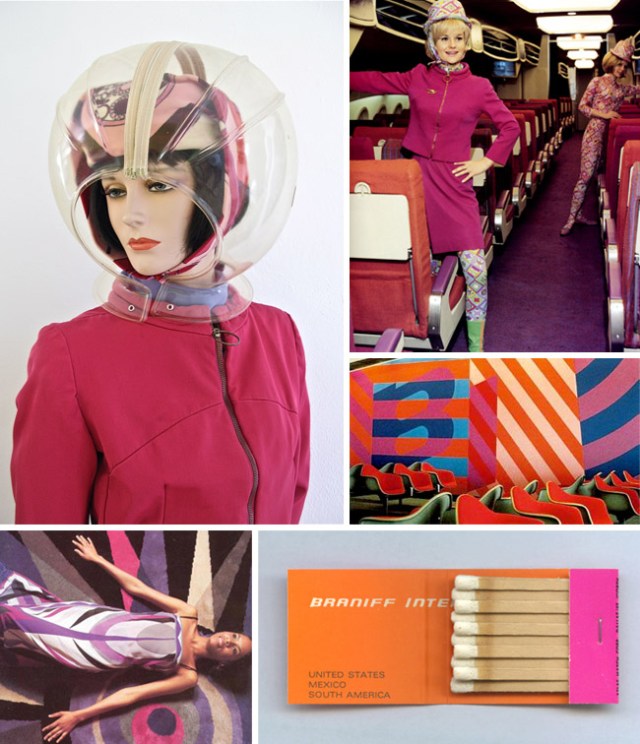 Braniff was an American airline that operated from 1930 until 1982. Perhaps the most fashion forward airline in existence, at the height of its popularity it employed the dream team of architect and textile designer Alexander Girard, fashion designer Emilio Pucci (responsible for the infamous bubble helmets for air hostesses), and shoe designer Beth Levine in conjunction with its “End of the Plain Plane” campaign.

Beginning in the mid 60s, plane exteriors were painted in a single, bright color while the interiors were outfitted with 57 different variations of Herman Miller fabrics. Additionally, many of the color schemes were applied to gate lounges, ticket offices, and even the corporate headquarters.

Braniff filed for bankruptcy in 1982 and the colorful era of airline travel came to an abrupt end. Just thinking of Alexander Girard (have you seen the inspiring House Industries collaborations?), Pucci and Herman Miller all sharing the same employer seems too good to be true. These three designers were so far ahead of their time that these days, their work feels more relevant than ever.