What I Wore: The Parker Palm Springs 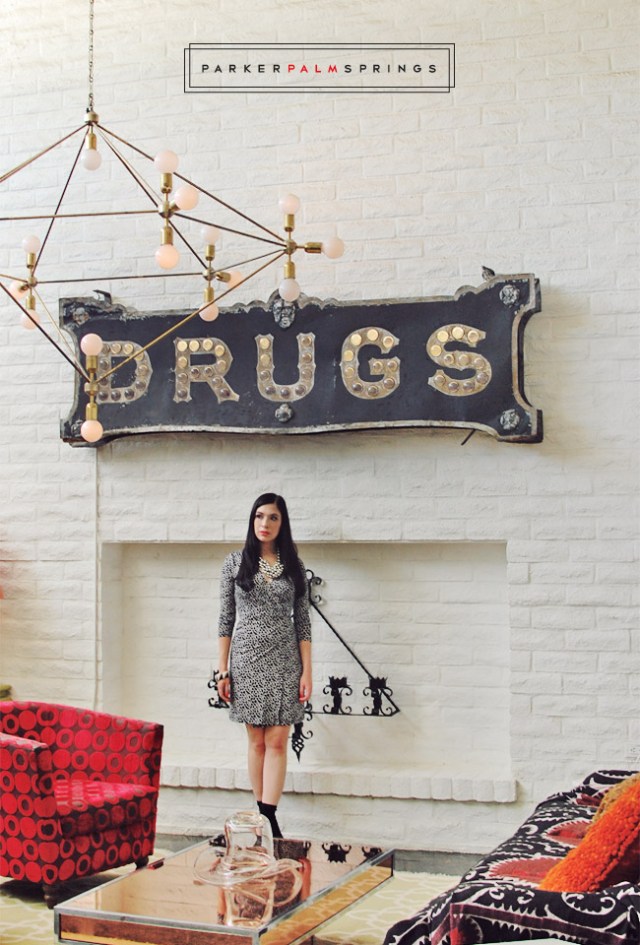 The Parker Palm Springs can be described as nothing short of a midcentury modern paradise. Revamped in 2004 by Jonathan Adler, this hotel shows off his trademark brand of kitsch, managing to mix oversized, mod patterns with drug references and brightly colored knick-knacks into a truly trippy experience. 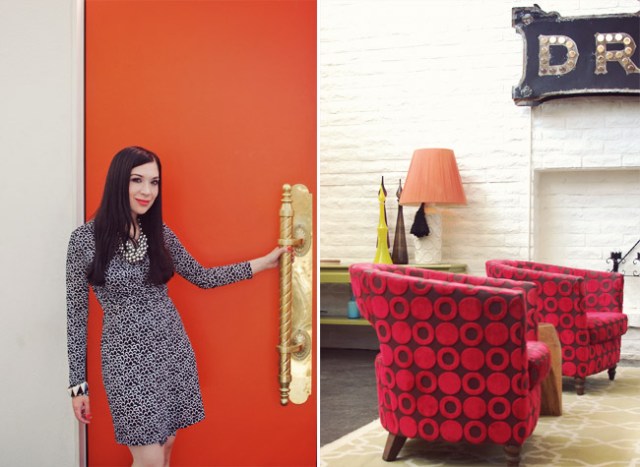 The Parker is very inviting to non-hotel guests. Though Star and I did not stay there (we were rooming down the road at The Ace), the service was exemplary. The must-visit restaurant on your Palm Springs to-do list should be Norma’s (click the link and watch the video!) I have never seen bigger portions of food in my entire life. Our friends ordered the french toast and the slices were so thick it resembled more of a cake! The descriptions were highly entertaining as well. The Parker seems to employ only the best â€”Â the copywriting, the decor, landscaping, the service and the food were all immaculate. 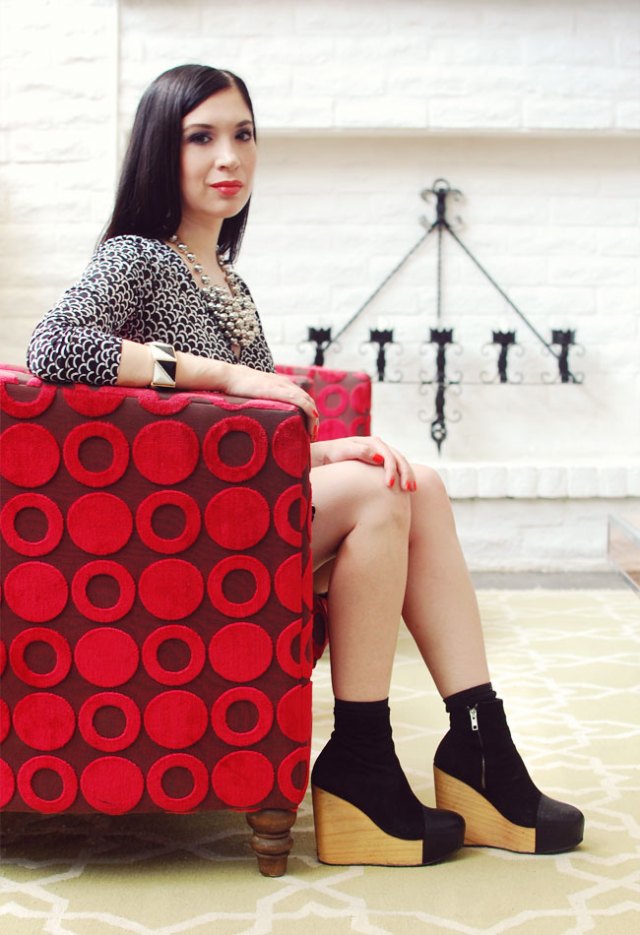 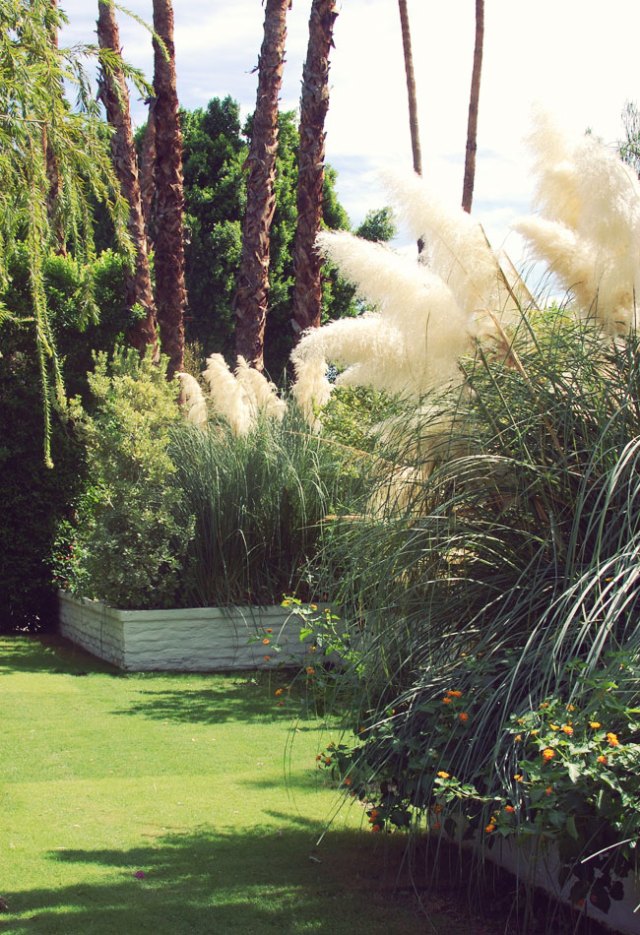 After taking in the hotel lobby, where a large sign simply reading D R U G S takes center stage, we ventured outside into what can only be described as a tropical paradise. Mind you, it’s 100+ degrees but the greenery and palms are perfectly groomed and there’s even a hammock for lounging! The Parker let us take as many photos as we wanted and wander the grounds freely (which often isn’t always the case at many hotels for non-guests). 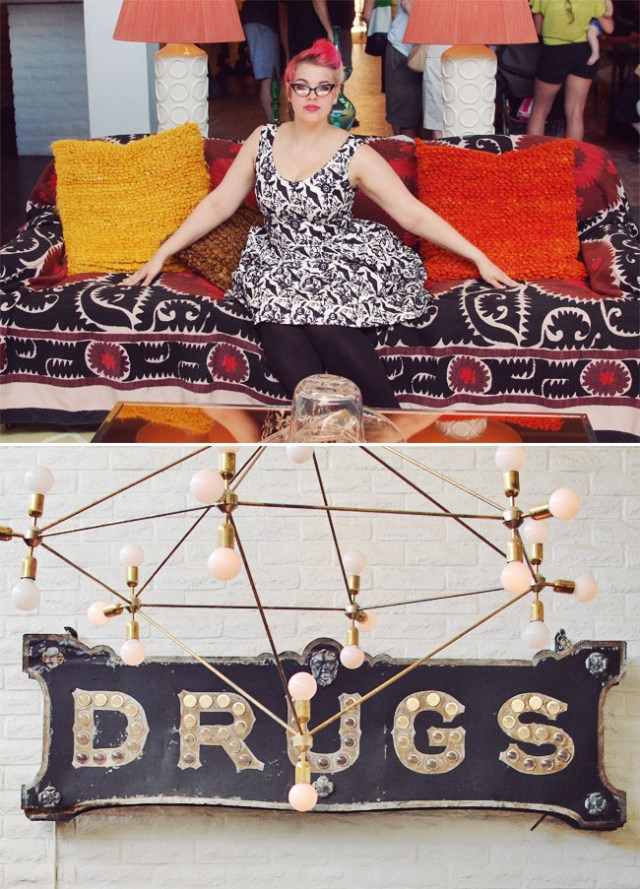 Star OWNED that couch in her Bestsey Johnson dress! Within minutes of entering the Parker, we both wanted to move in immediately. 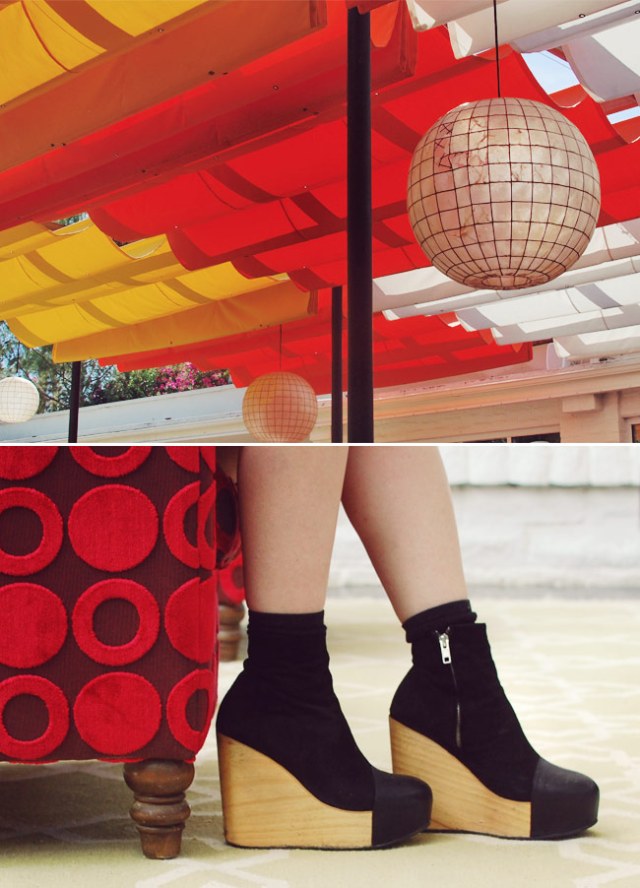 This was hands-down the most photogenic hotel I’ve ever set foot in â€”Â I probably could have photographed it all day. It’s pretty unbelievable. If you have a trip to Palm Springs planned, make the Parker the must-see on your list. Most of our Design Life group ventured over at some point; it’s perhaps a five minute cab ride from The Ace and an experience you must see for yourself. 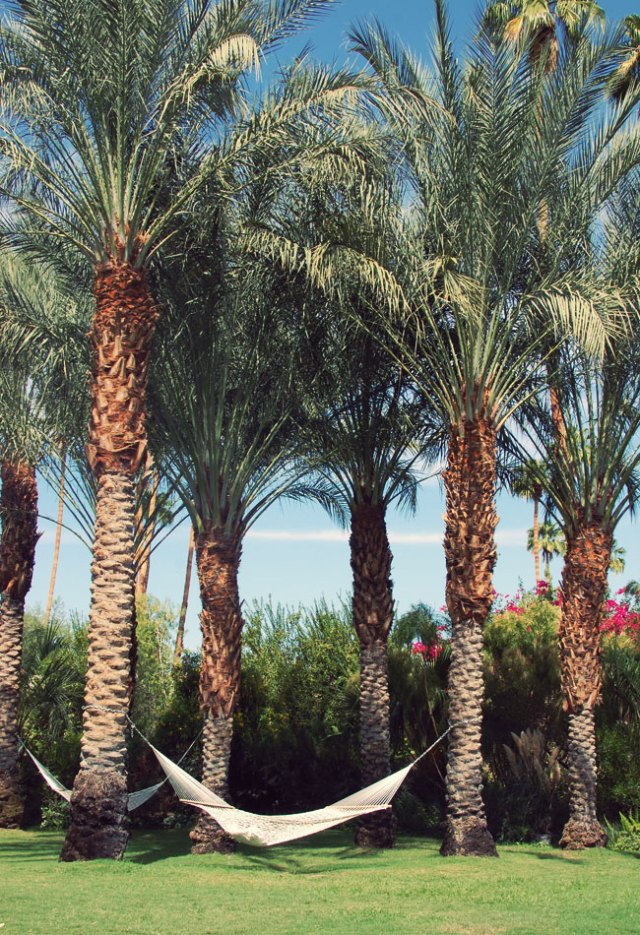 A special thank you to the Parker Palm Springs for being so welcoming!