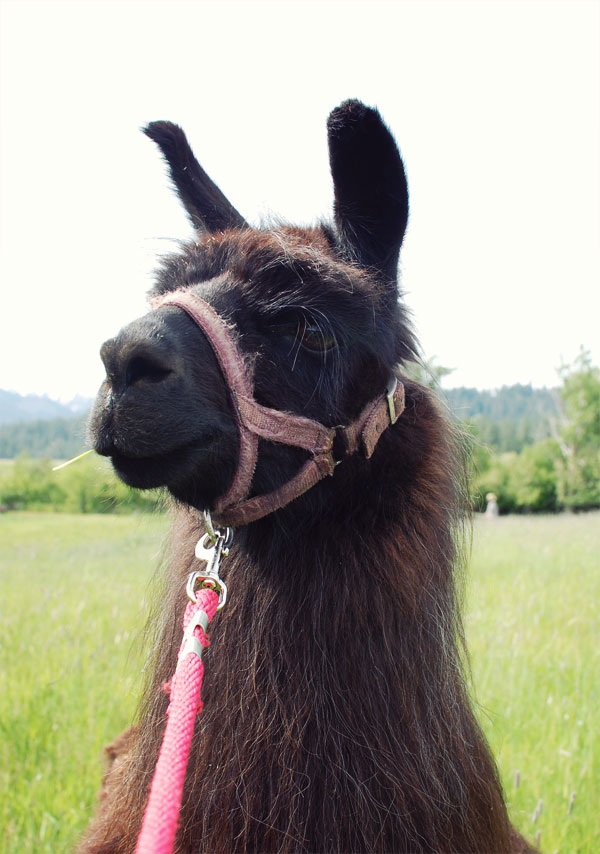 It’s been hard holding out all week to share my very special adventure to Halfway, Oregon with you. Halfway is located halfway between the equator and the North Pole. Though the town easily boasts more animal inhabitants than humans (the population rests at less than 400!), it’s big on charm. This town is the type of place that I really didn’t think was still in existence; people smile and wave as you pass by, there seems to be a dog sitting in the back of every pickup truck and with barely a wi-fi or cell phone signal to be found, there’s a noticeable sense of peace you just can’t find in the city. 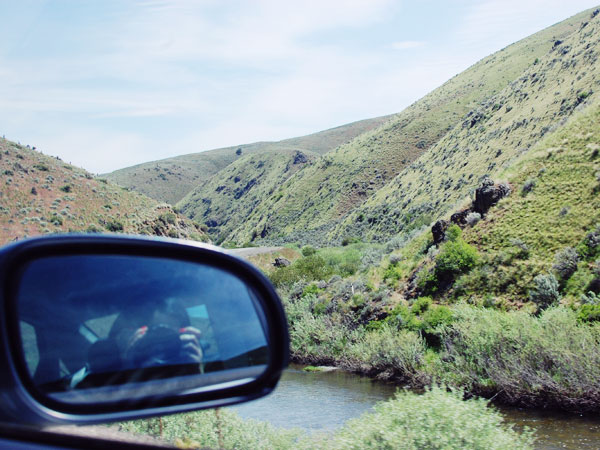 I guess I should mention the main reason I was visiting Halfway: my best llama friend (BLF) Nigel lives there at Wallowa Llamas. We’ve met on many occasions and when his trailer broke down and he wasn’t able to make it to Portland a few weeks ago, my friend Joey & I hatched a plan to make the six hour drive to visit him. Joey & I hit the road bright and early last Saturday morning and drove through canyons and valleys for what seemed like an eternity. 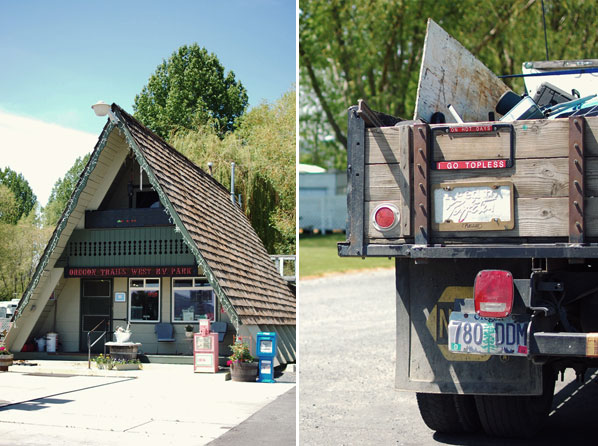 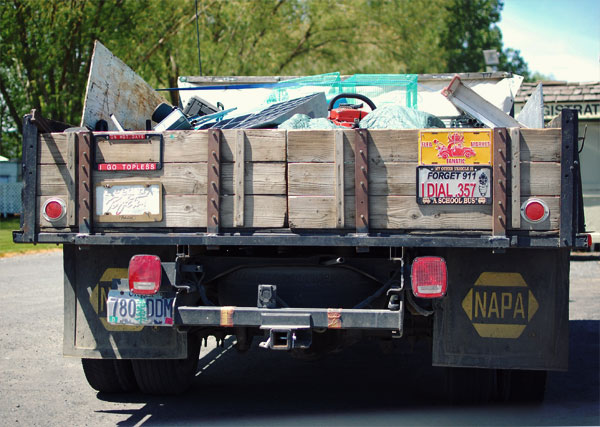 We passed through many small towns along the way and pulled over to rest at this RV park. In case you can’t read the back of that truck, one license plate holder says, “On hot days, I go topless.” A sign on the right reads “Flea Market Fanatic.” And the crown jewel? A faux license plate that reads, “Forget 911. I dial .357” placed inside a holder that says, “My other vehicle is a school bus.” Haha! 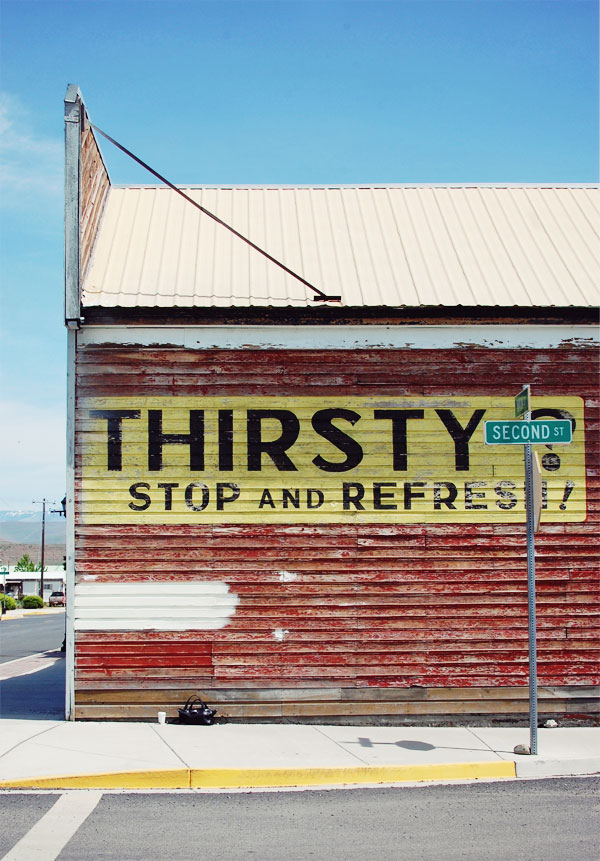 We pulled over somewhere near Baker City so I could get this shot. Such a cool sign! 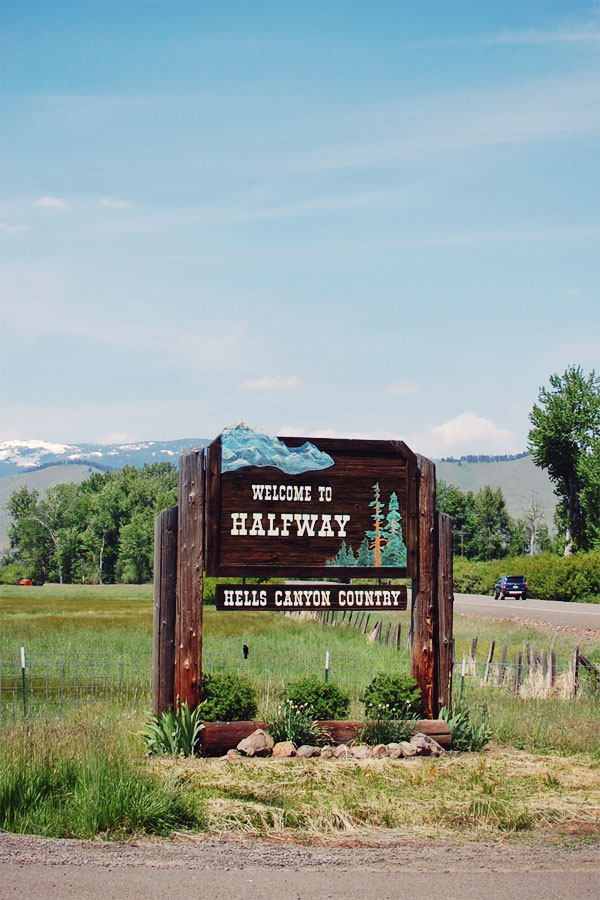 Onward we went, so far out into the country that our GPS dropped out. We blindly drove down miles of gravel roads, trying to find Wallowa Llamas. 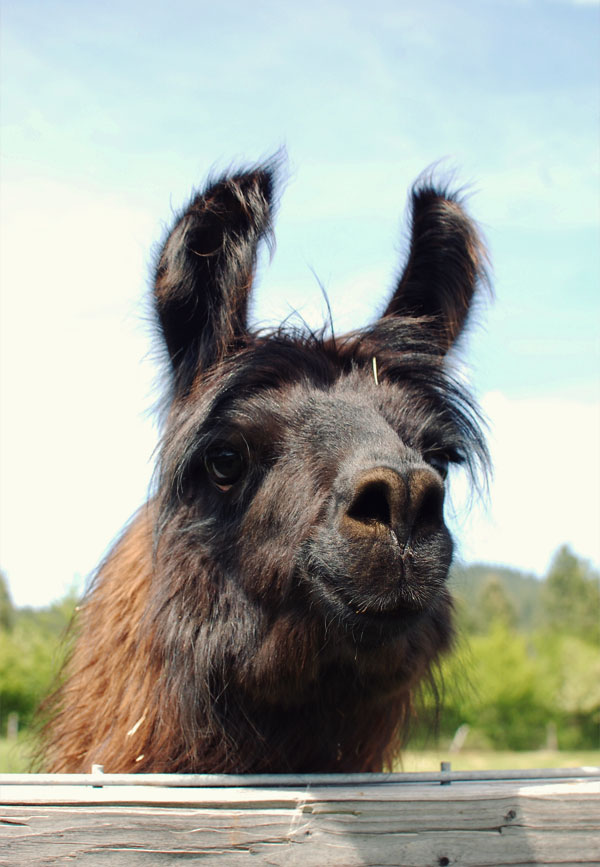 A baby llama. So curious and cute!

We pulled in and the owners of Wallowa, Raz & Louise came out to greet us and lead us to Nigel. Most people don’t drive six hours just to visit one llama but they know how much I adore Nigel! I’d already spotted Nigel from up the driveway â€” he’s a pretty striking fella. I noticed that he was in a pen with another dark llama and I asked if he had a twin. Louise was like, “No, that llama is named Thing 1. He looks just like Thing 2.” Thing 1 and Thing 2?!! Best llama names EVER! 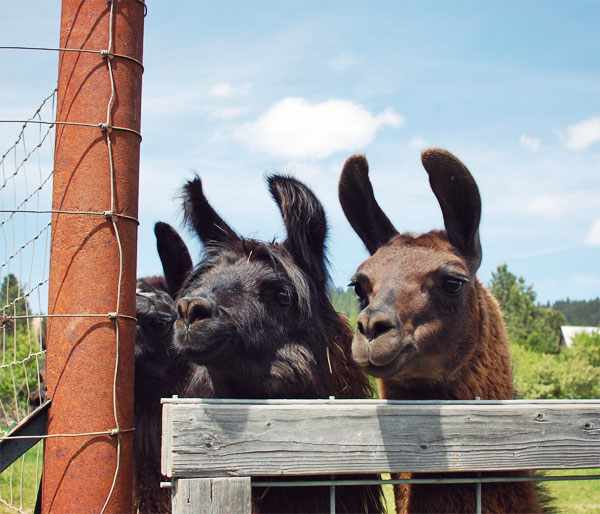 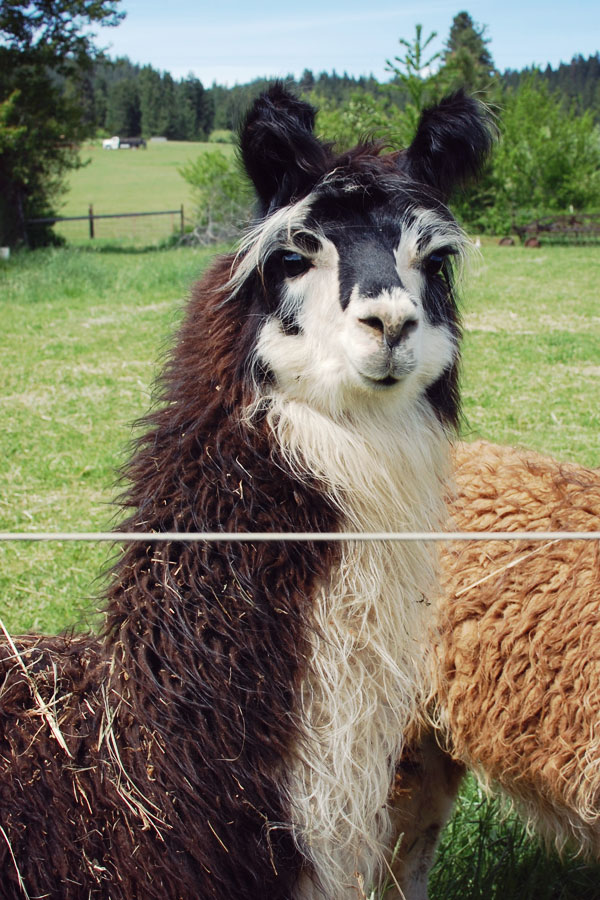 As we walked Nigel down the meadow, we passed a group of baby llamas. They were really inquisitive and kept putting their faces up in my camera. The real star of the bunch was Nigel’s first baby, Rhubarb (above)! 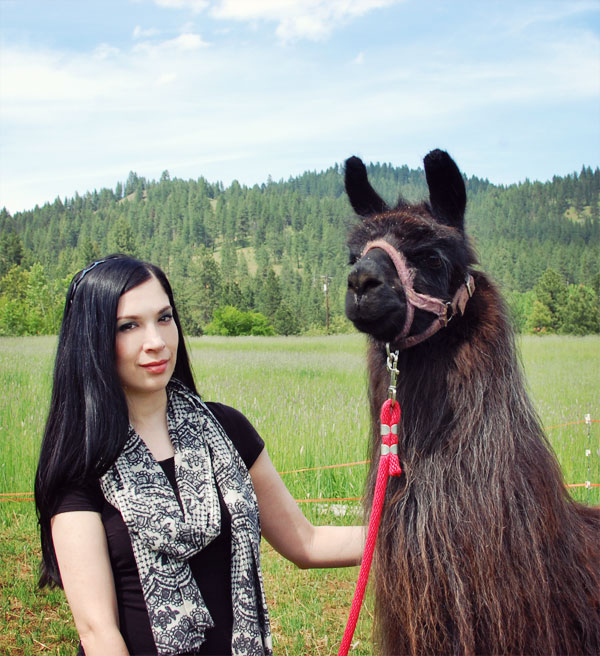 As we passed the guy llamas, they seemed quite jealous; they didn’t understand why Nigel was prancing around with two ladies while they were fenced in. They paced back and forth, following our every move. Some llamas have all the luck in life! 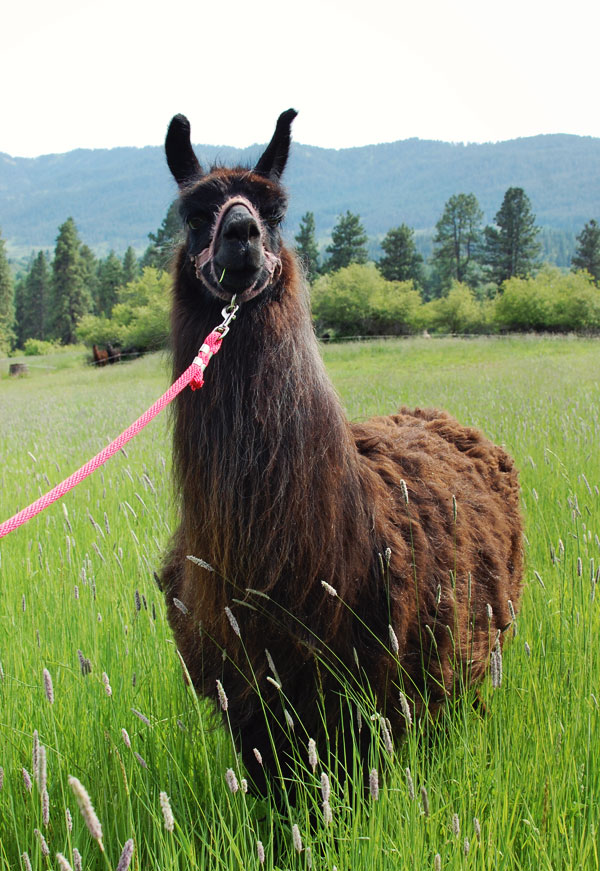 Llamas have a bad reputation for being ornery and spitting. The guys can be especially aggressive. Nigel isn’t typical at all. He let me put my arm around him, posed for the camera and when I talked to him, he made a cute humming sound. He’s very, very sweet. 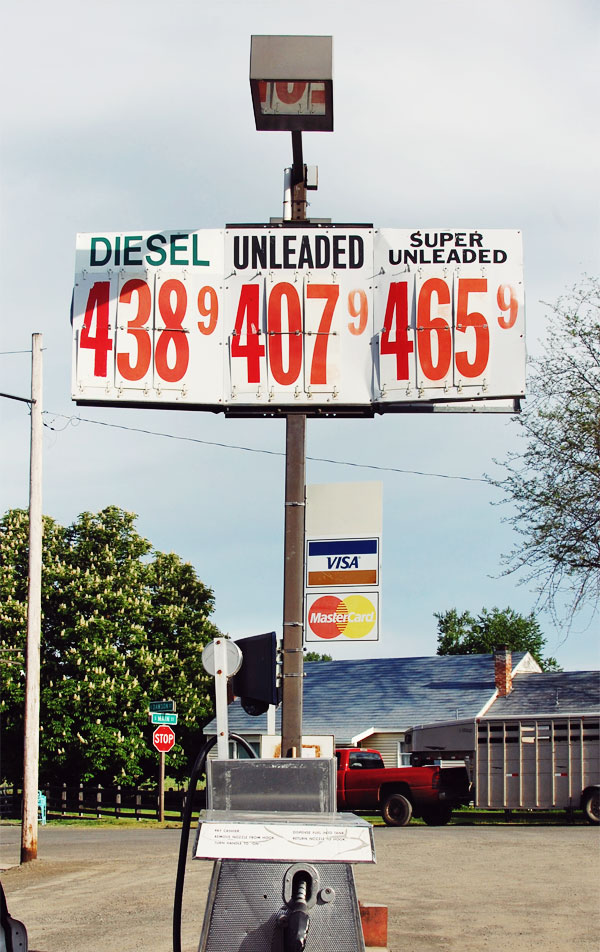 After we said goodbye to Nigel, Raz & Louise, we headed back down the miles of gravel roads to get gas. I love how everything in Halfway is frozen in time. 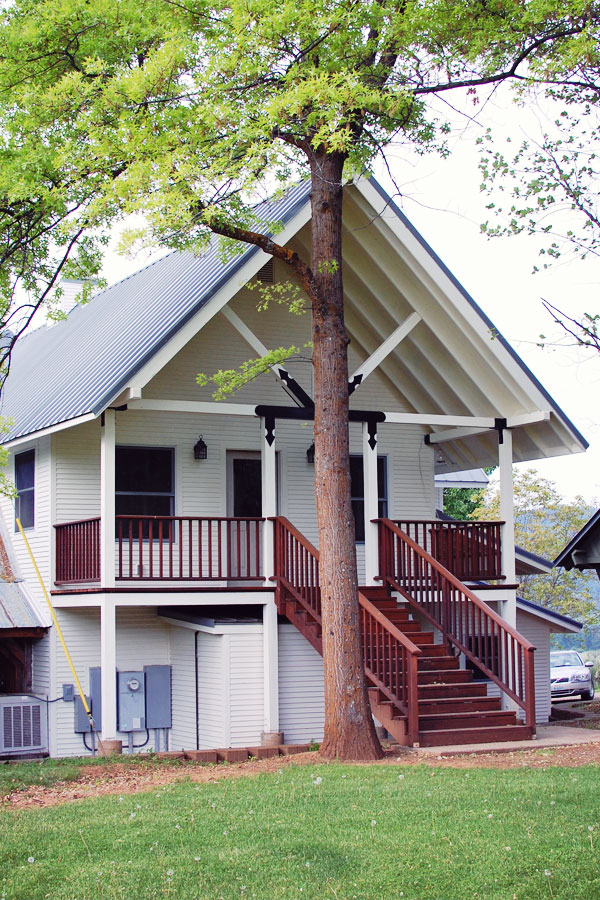 Our private porch in back.

One of the other reasons we wanted to visit Halfway was to stay at the Clear Creek Inn, a quaint bed & breakfast on a 160 acre cattle ranch. We pulled up and found out that we were the only guests. Within 15 minutes of arriving, we were handed a fresh baked jar of cookies and the keys to the entire place. How’s that for service?! I honestly was dumbfounded by this place. We stayed in the Captain’s Quarters (what a name!!!) and had three beds and a private porch. 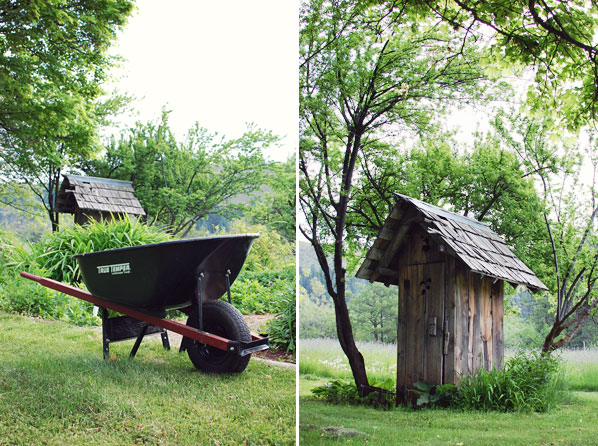 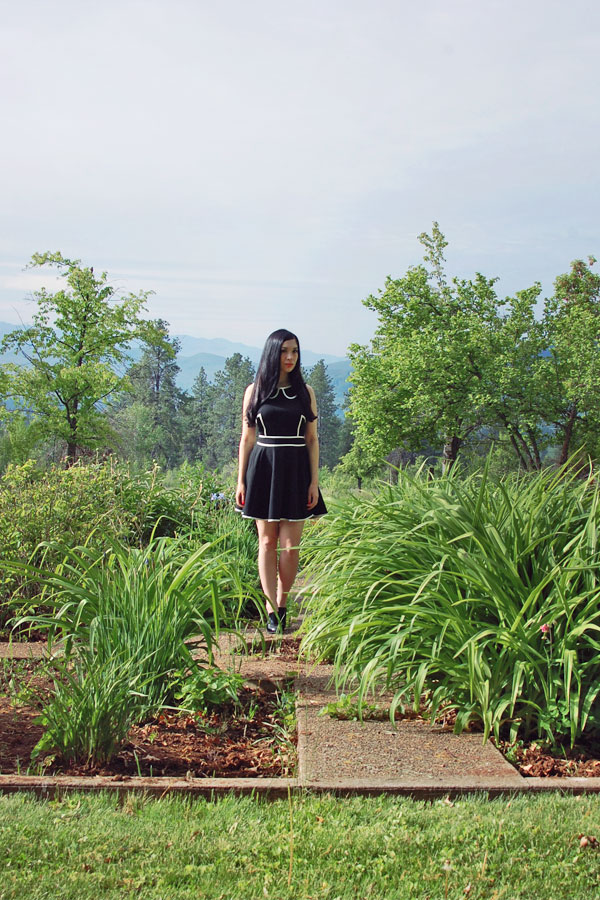 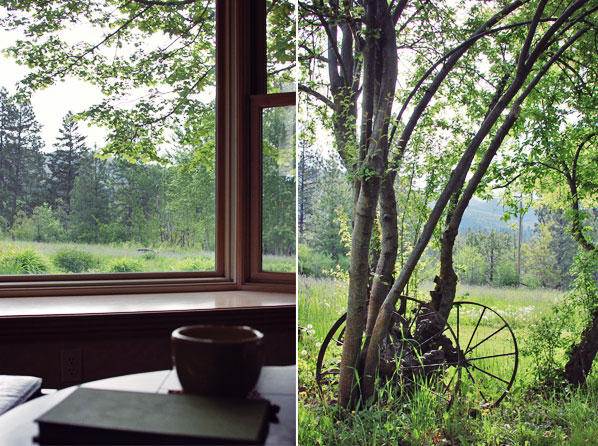 The grounds of Clear Creek feature a pond, multiple orchards, a huge garden, a rope swing and some of the original structures. Everything is placed just so-so. I felt like we were on a movie set! 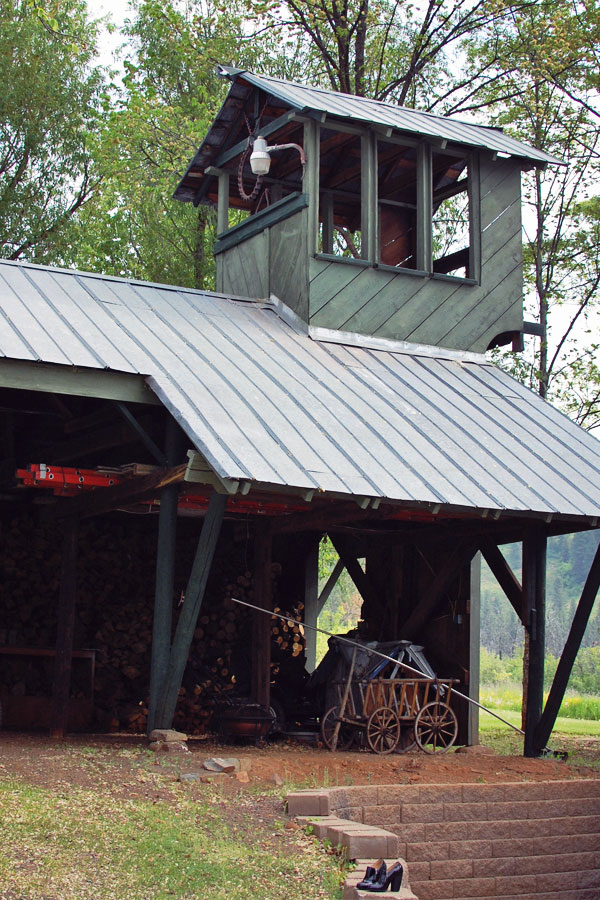 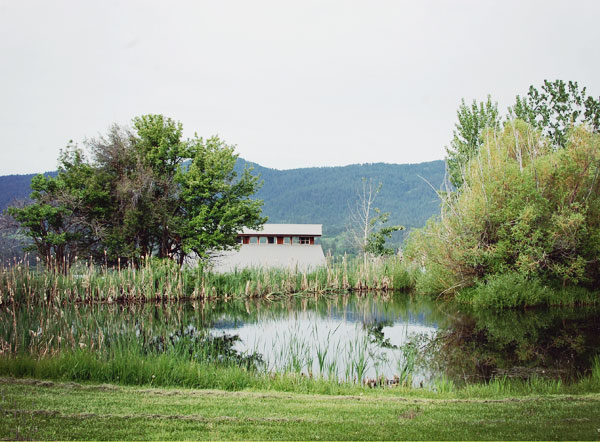 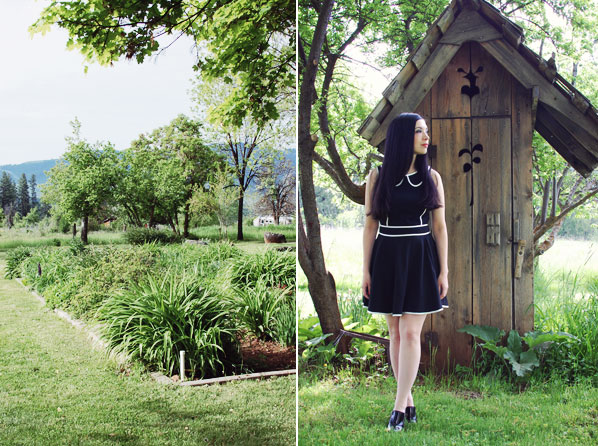 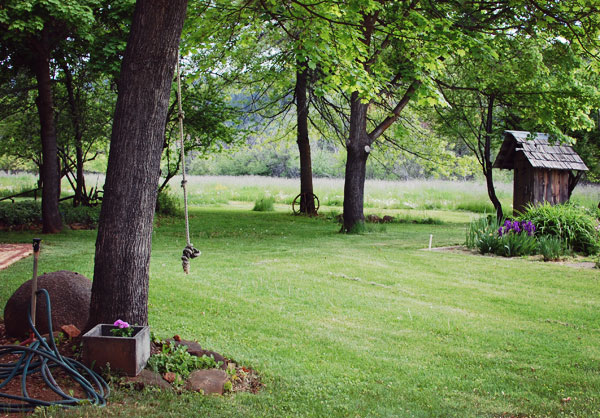 We wandered along the grounds, enjoying every moment of silence. One thing I’m still working on is just being in the moment and being okay with that. Without cell phone reception, I was able to block out instagram-ing and tweeting everything I saw. It was so amazing to just take in all of my new surroundings. 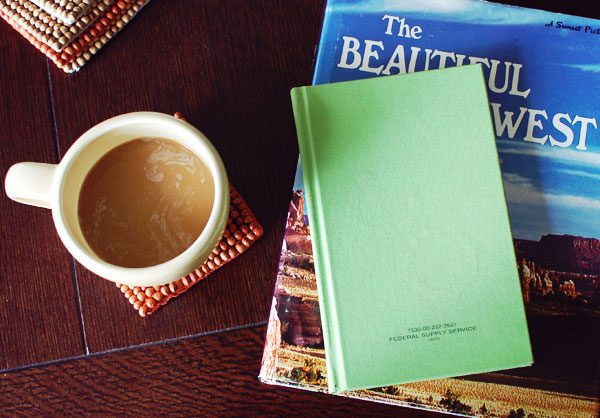 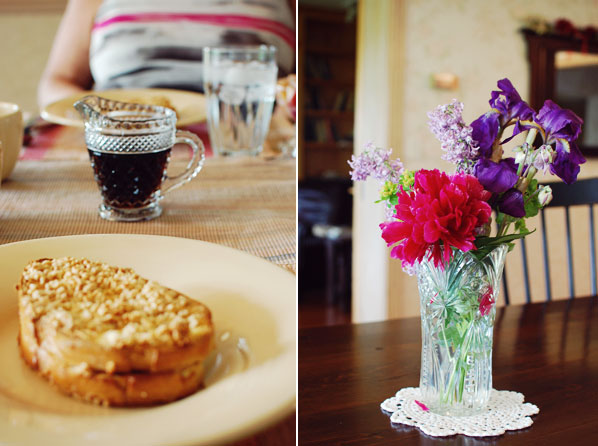 Did I mention that Clear Creek also boasts a huge dining room, a library (!) and an industrial-sized kitchen? This place was seriously over-the-top. And still, it got even better. The next morning, we were served homemade stuffed french toast for breakfast and handed a pile of cookies for the road. Unbelievable! I wish I could have stayed for a week. 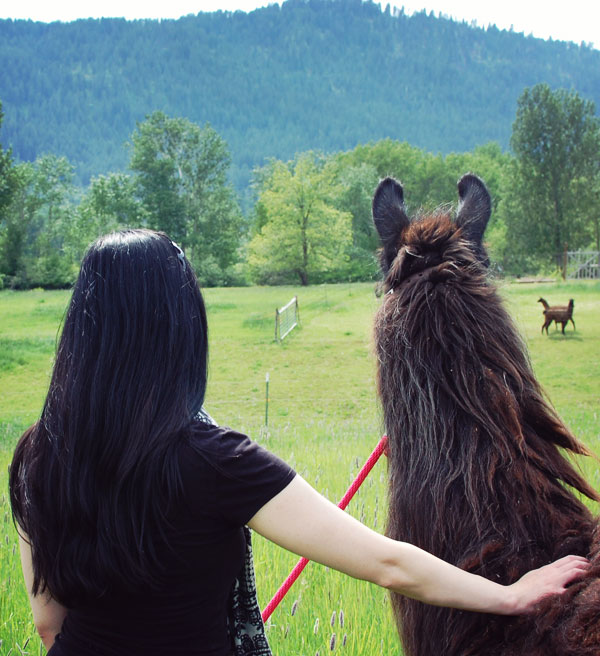 Halfway was exactly what I needed. It was the perfect escape from a lot of the stress and pressure I’ve been feeling this year. A weekend full of llamas and a dreamy bed & breakfast miles away from most civilization totally changed my perspective on what I considered to be ‘country life.’ I’ve never felt so relaxed. It’s a truly magical place that I’l never forget. And yes, I’m already counting down until I can return next year, hopefully with a group of friends to share the experience with. This is a place that you can’t just keep to yourself; it deserves to be shared.

Have a great holiday weekend!