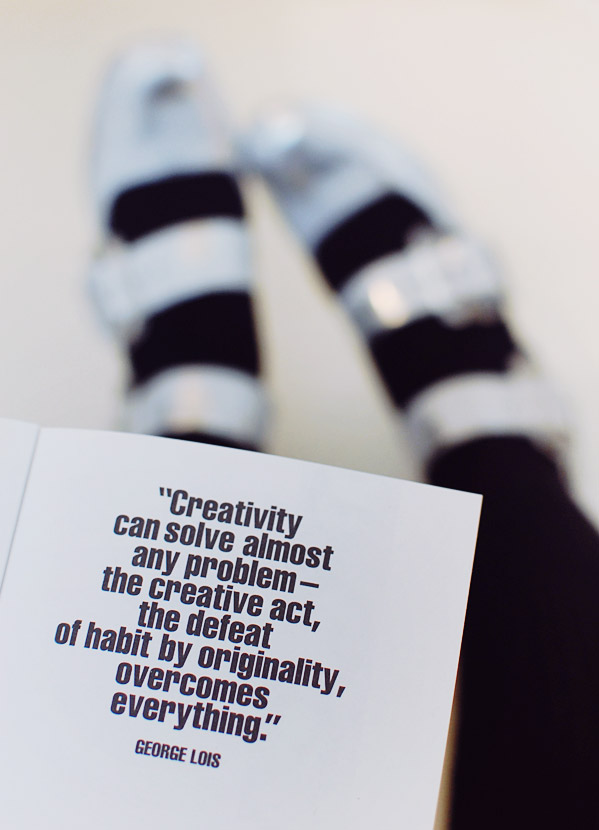 What a week. Major deadlines, really late nights, friends and family in town, too many lattes. Glad to have made it through! I sat down last night and started reading a new book that I’m really excited about. As soon as I finish I’ll post a review. Feeling really, really inspired. I need to remind myself to never underestimate the power of words on paper (and to read more often). 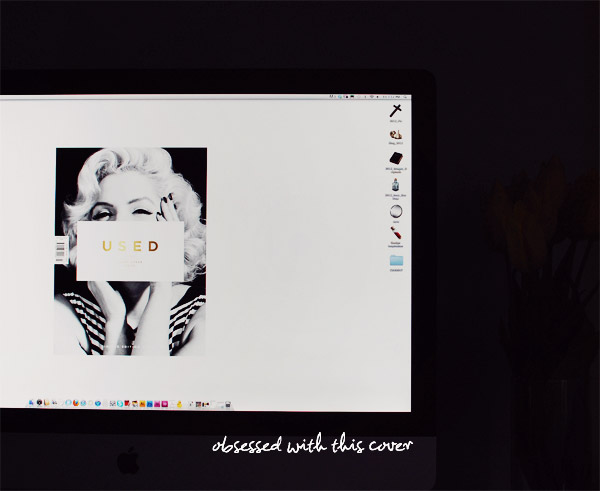 My current desktop looks like this (in the dark). I LOVE this cover of USED Magazine so much! 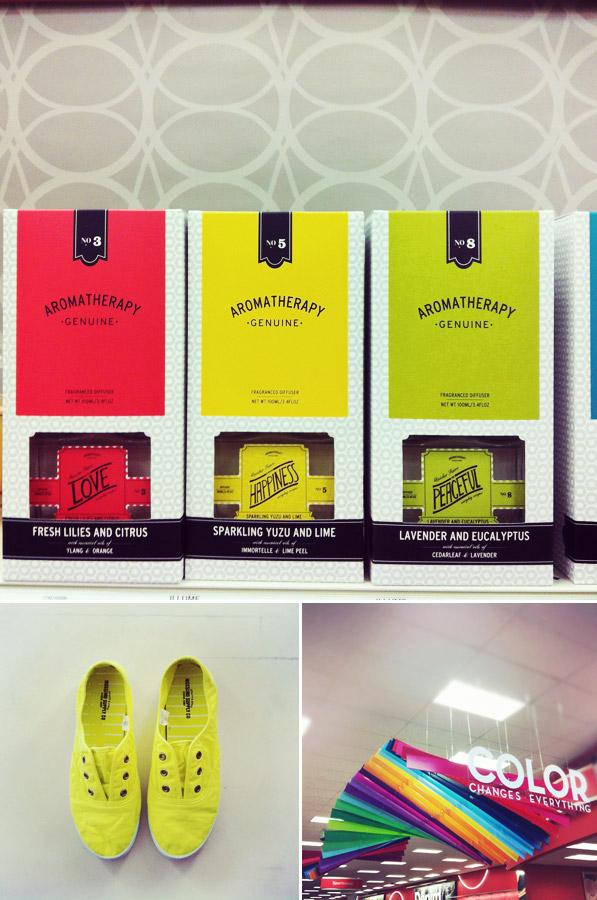 Even though it seemed like I spent the last few days of my life shackled to a computer, I did manage to squeeze in some fun times earlier in the week. My mom was in town visiting and during some downtime, we visited Target. I feel like I’m so busy working that I never shop in stores anymore? It was really nice to wander the aisles for a change! Anyway, it was like a color explosion. Rainbows of awesomeness everywhere. I was recruited to work on a Target campaign earlier this yearâ€¦.wish it would have worked out because I love what they do. And, how good is that top packaging?! 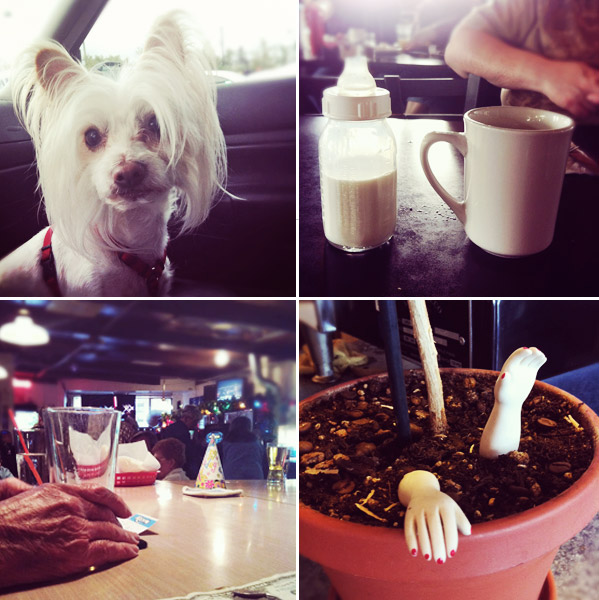 Since my mom was in town, we drove Rocky out to the suburbs to visit his ‘grandma.’ He loves riding in a car and hangs his head out the window to feel the breeze in his hairdo! The next morning, my mom and aunt took me out to breakfast and when they ordered coffee, the cream came in baby bottles! The stars aligned that day because when I got home, my dad stopped by to help me with some house projects. Then, my grandpa called to let me know he was at a bar down the street. I live in the city and he’s an hour and a half away in the mountains so I was really surprised to find him 10 blocks from my house, gambling and having a beer! Everyone calls him Sharky â€”Â he’s in his 80s and still out-parties me! A few days later, I was standing in line at a coffee shop and noticed these doll arms peeking out of the planter. Totes creepy and awesome! 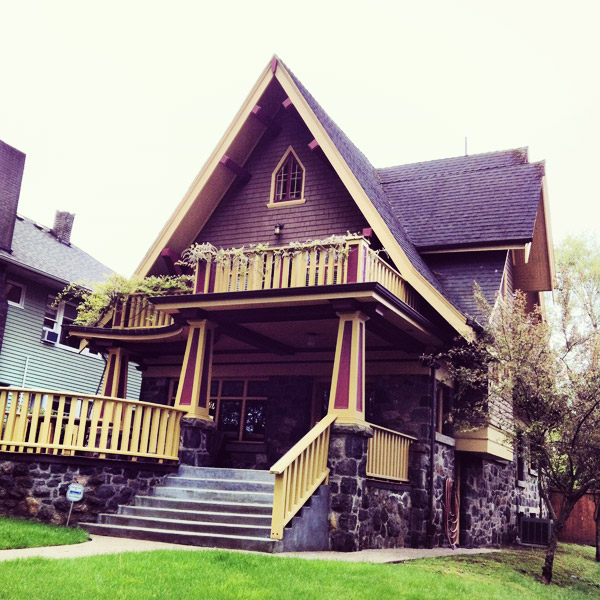 When Joey and I were shooting outfit photos in Ladd’s Addition over the weekend, I noticed this house. Pretty amazing, huh? I think that people imagine that most of Portland looks like Ladd’sâ€¦.I love the tree-lined streets and beautiful old houses. Reminds me of a fairytale. 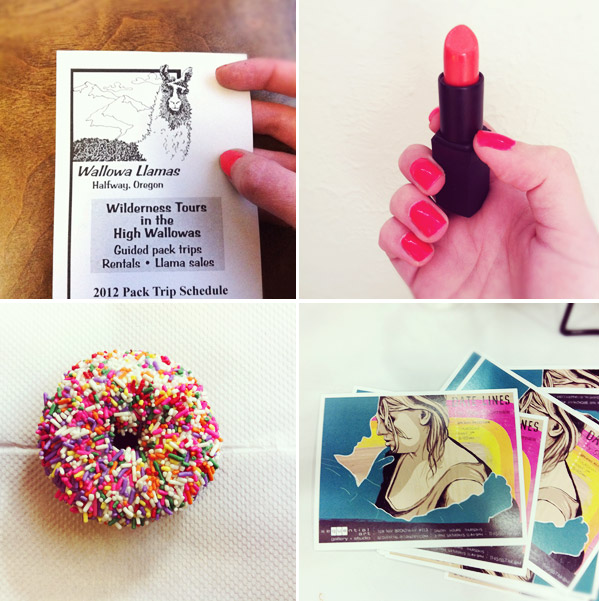 Sooooâ€¦.I have a thing for this llama, Nigel. We’ve met on many occasions and visit at least once a year. Everyone seems to know about our friendship. Last year, I walked into a bar and the first thing my friend’s boyfriend said was, “So, I hear you have a relationship with a llama.” Haha! When I heard he was going to be in town this week, I raced downtown to R.E.I. and circled the building. No Nigel. I paced around the store in all black and Adidas wedges, looking slightly out of place amidst the camping gear. I finally found Nigel’s owners, Wallowa Llamas giving their slide show about backpacking in Eastern Oregon (the llamas carry the gear) and they told me that Nigel’s trailer had broken down. No Nigel this time! You should have seen my friend and I whip out our planners, trying to find an open weekend to go visit him. Wallowa was beyond entertained and even offered to bring him down to the hotel in town to hang with us. We’d probably try to squeeze Nigel into a sweater and do his hair so not a good idea! Ahhh, Nigel. He loves the attention! Another reason to visit Nigel on his native territory: he fathered his first baby last year named Rhubabrb! I asked around and nobody seems to know who the mom is. 😉

One of my go-to daily lipsticks is NARS Love Devotion. It adds a touch of warmth to my deathly pallor. Oh, and yesterday two dozen Voodoo Donuts magically appeared. I normally skip them because years ago I worked at an agency that was doing a campaign with Mountain Dew and Voodoo delivered Dew-infused donuts with neon green frosting. People were taking bites, turning around and spitting them back out. I’m not into funky flavors so I played it as safe as I could with a tiny sprinkle donut. Finally, my friend Star is in town! She has a solo show at Sequential Art Gallery that you must see. It’s got some amazing installation pieces and much of the work is composed of wood and acrylic. 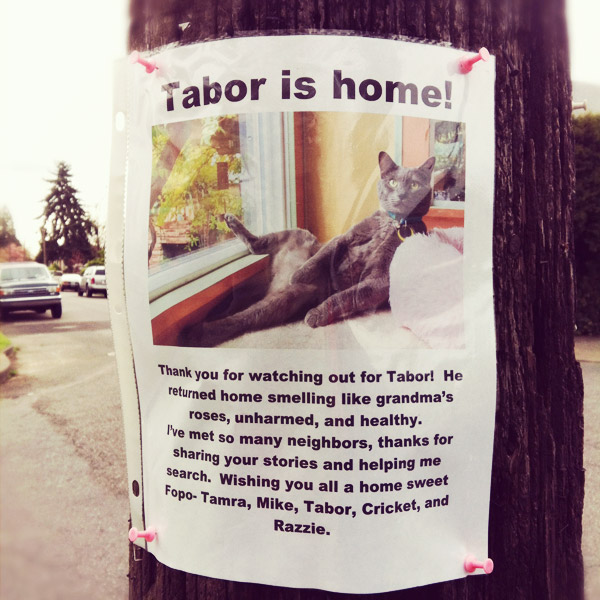 You know how there’s always lost pet posters tacked up everywhere? I always wonder if they made it home and this poster totally made my morning. Tabor the cat not only made it home but walked in smelling like grandma’s roses! And just look at that seductive pose! Gotta love a happy ending. Have a great weekend!