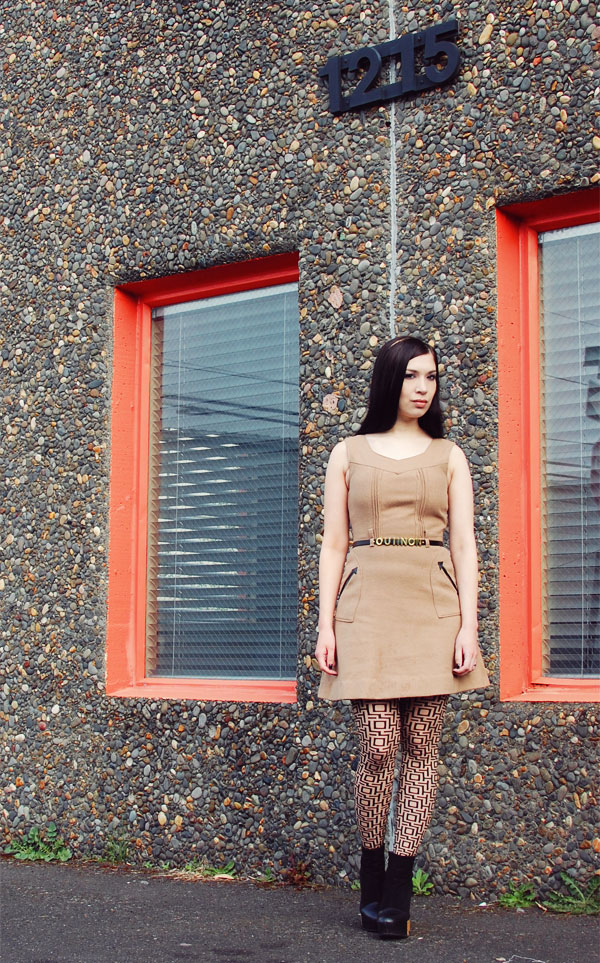 This weekend, my dad took me out to lunch at my favorite German restaurant in Portland, Gustav’s. Inspired by the decor, I pulled this vintage dress with a slight Bavarian twist out of my closet.

I found this dress last year during a trip to vintage mecca Shareen Vintage in LA. The dress had some stains and damage but I just couldn’t leave it behind. I have a huge penchant for lederhosen and the pocket detailing reminds me of them. If I have an excuse to dress up the next time I’m visiting Leavenworth, this dress is definitely coming with. 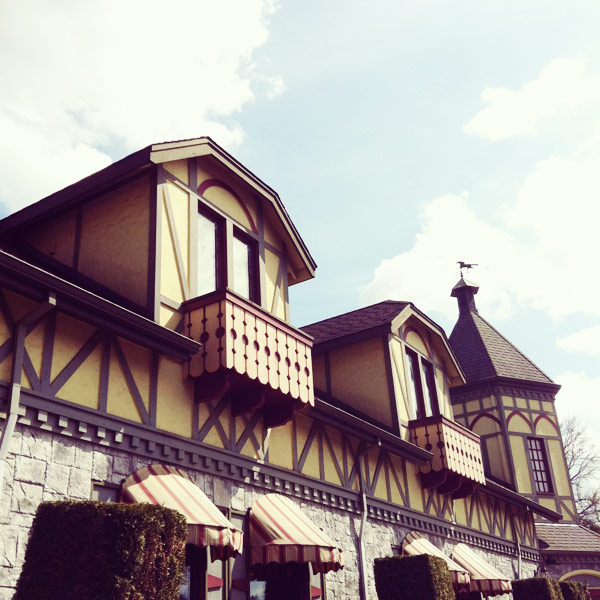 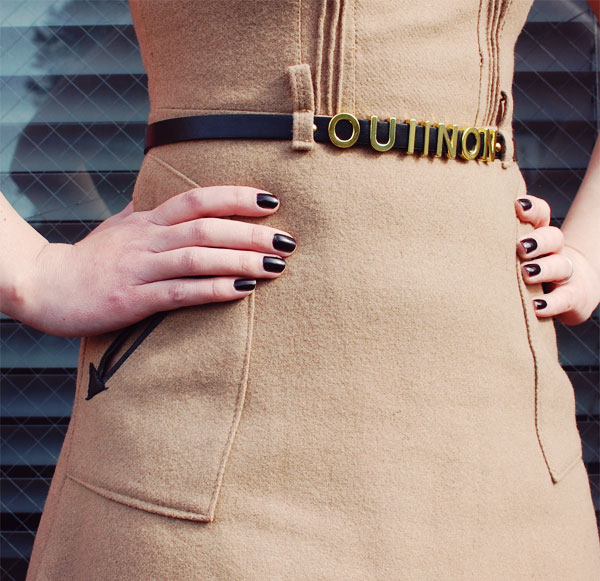 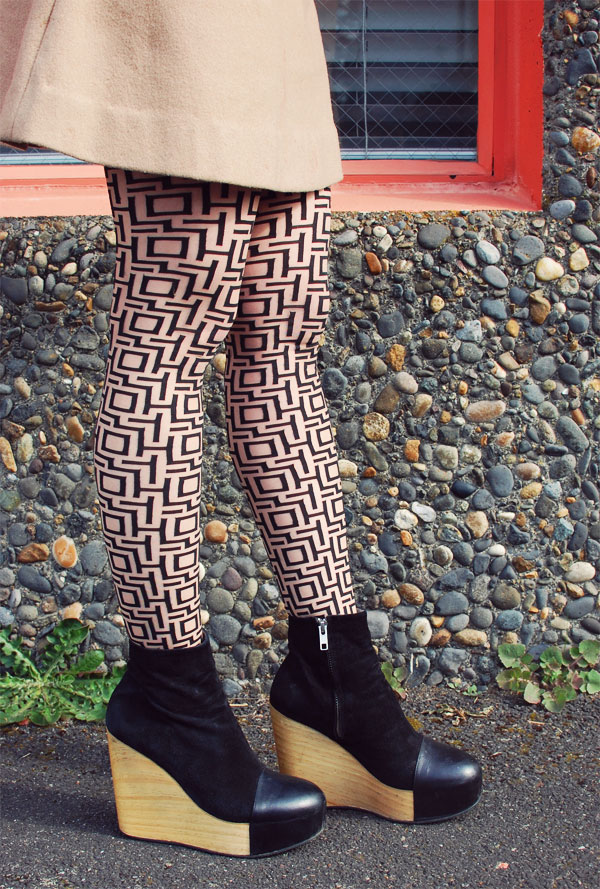 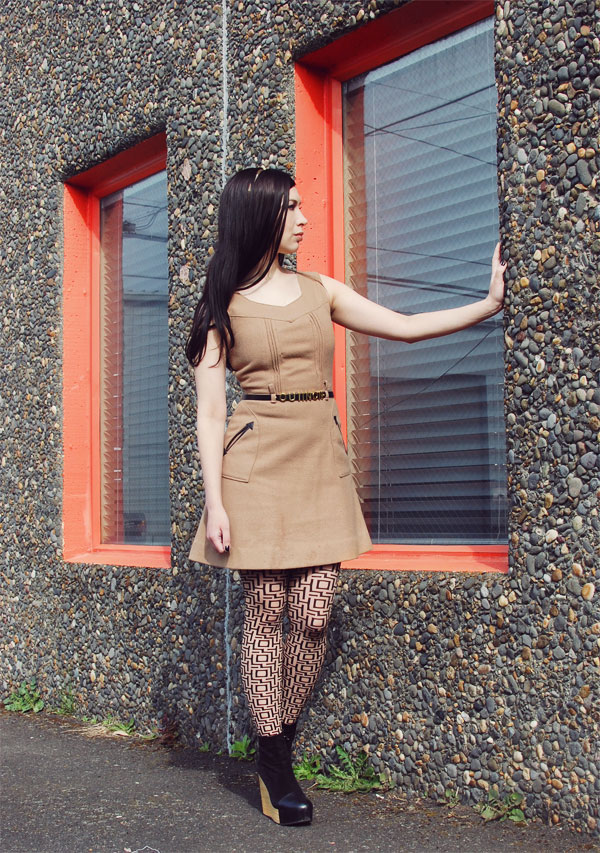 I hope your week is off to a great start! 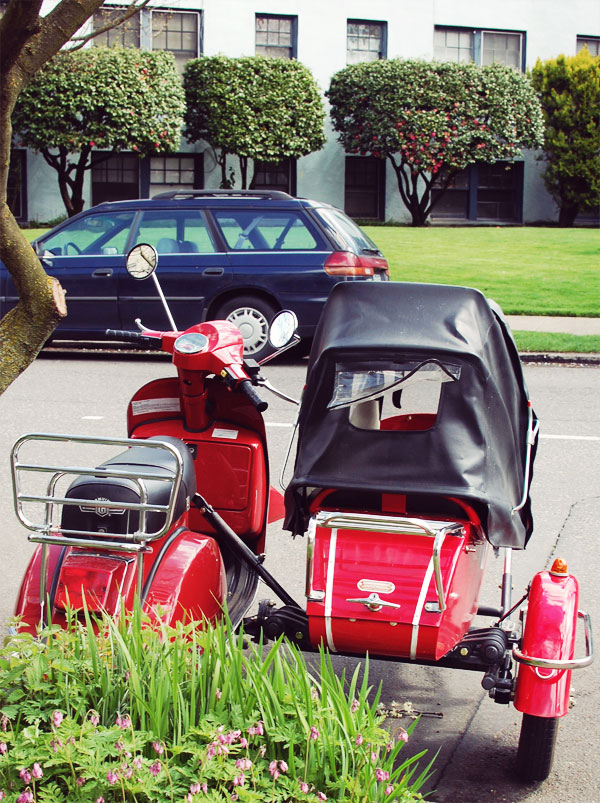 As I was walking to lunch with my friend Pam on a perfect Spring afternoon yesterday, we spotted this cherry red motorcycle with sidecar. Very tempting to take for a spin, huh? 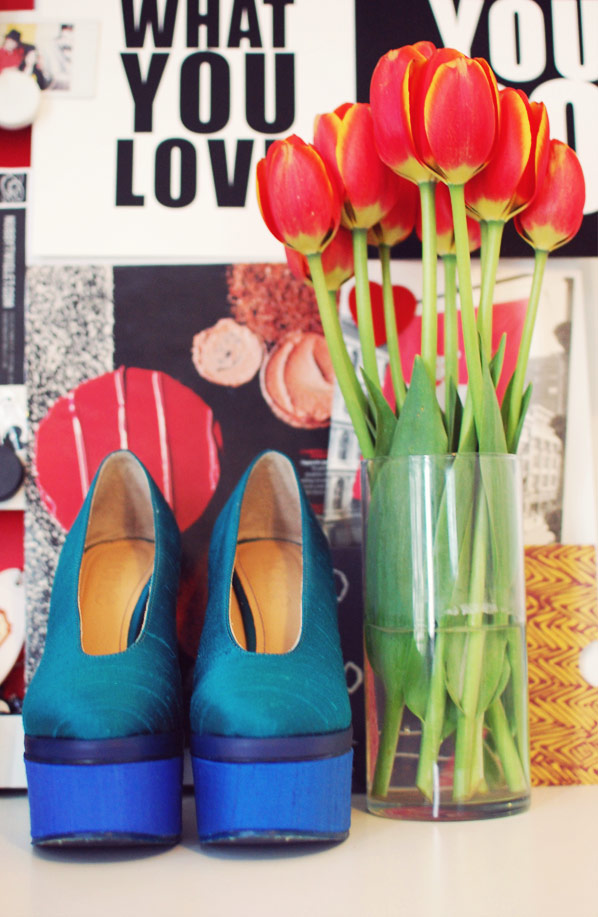 My new favorite shoes remind me of dying easter eggs as a kid. Fun! 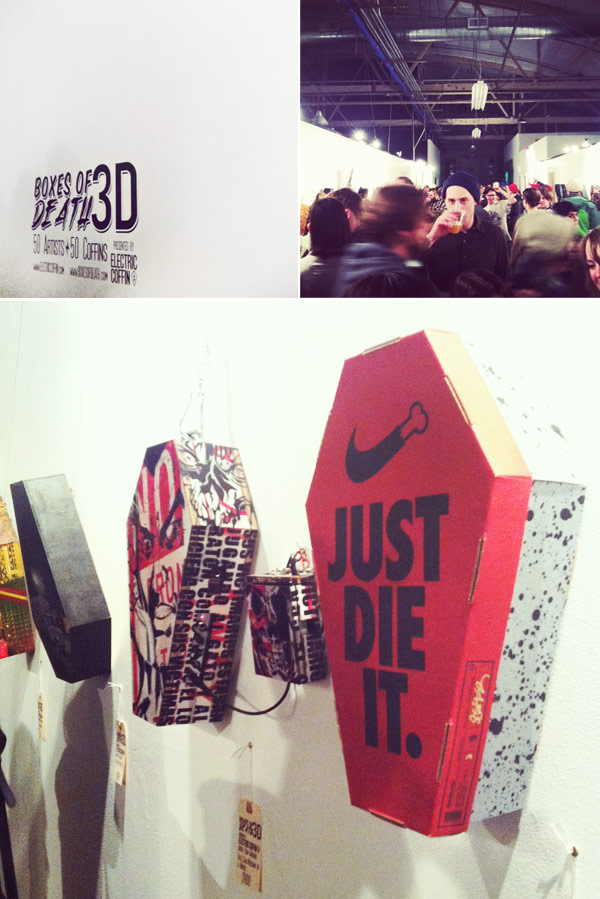 Last Friday, I stopped by Nemo to see the Boxes of Death 3D show featuring 50 artists and 50 coffins. There was so much awesome work lining the hallway but honestly, I barely got a glimpse of most of it because the place was packed with what seemed like a few hundred folks. One of the best turnouts for an art show I’ve ever seen! So nice to run into so many old friends. 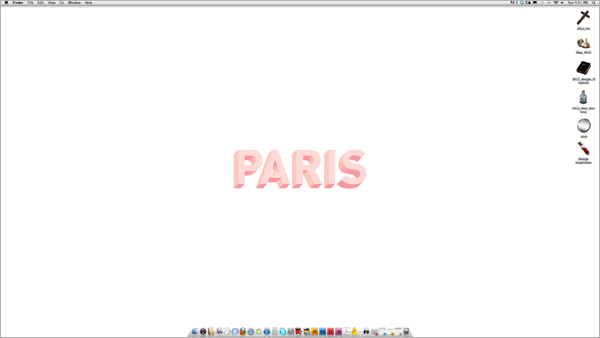 My desktop looked like this for most of the week. Paris is definitely on my brain big time. 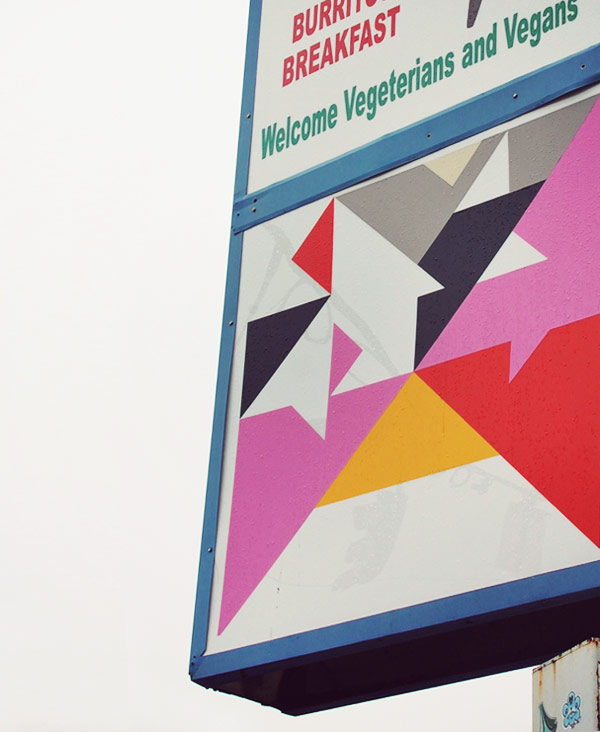 I love this sign so much, it always makes me smile. I’m pretty sure it’s for the crepe cart on 12th and Hawthorne. Anyone know for sure? 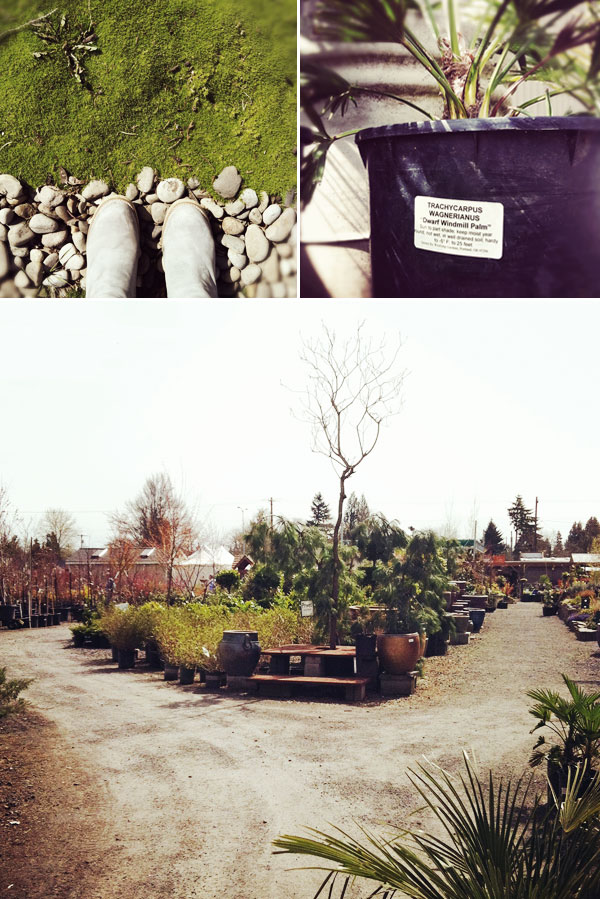 Over the weekend, Joey and I started researching and shopping for plants to finally pull our back yard together (you saw the path he just put in last week). He had his heart set on finding a palm tree and we finally tracked down the particular kind he wanted (we passed on the dwarfed one). 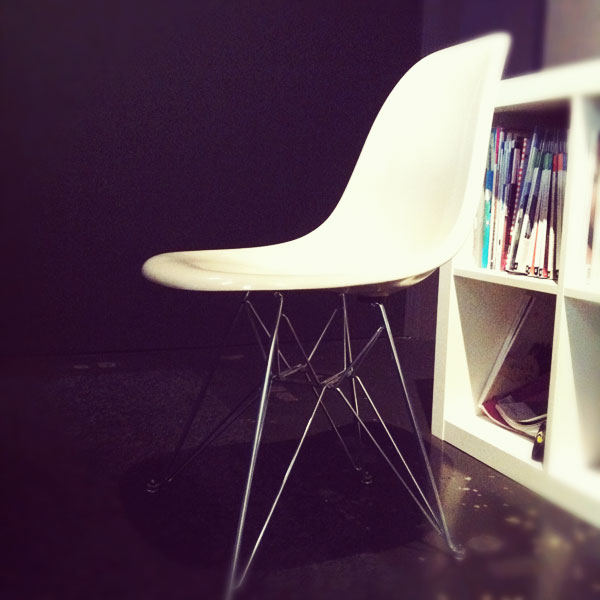 I can always appreciate a good Eames! Feeling excited about a bunch of projects I’m a part of and looking forward to my mom coming to visit in two weeks. Good times. 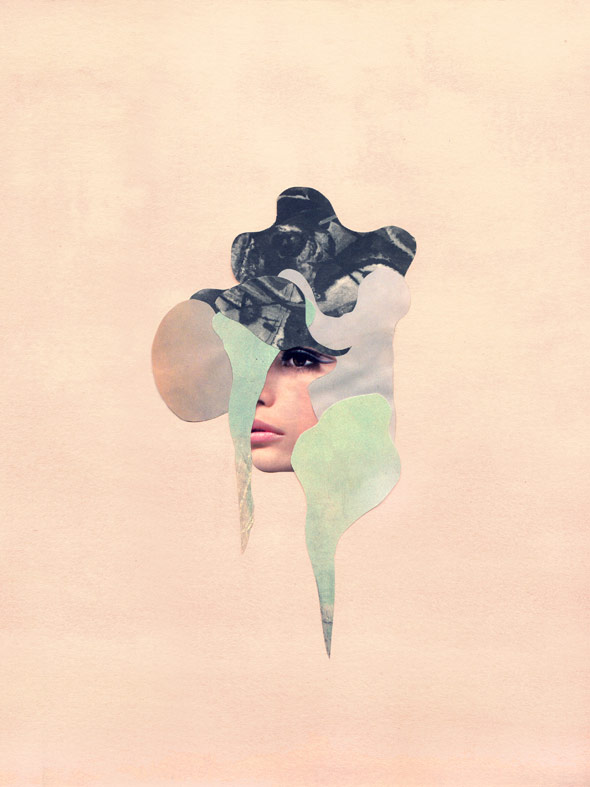 • If I had been decorating Easter eggs last week, these Pantone and CMYK eggs would have been at the top of my list!

• I love this post about art and inspiration so much. Especially, “Not every decision you make has to be crowdsourced beforehand. Trust your gut and keep it to yourself while you follow through.” Bravo, Anna!

• It’s about time that we embrace the inevitable aging process.

• If you’re receiving a book advance (or a large sum of money in general), don’t run out and spend loads of money on questionable purchases!

• This poor teacher got schooled on Helvetica by a five year old!

• I still can’t believe that Instagram went from zero to $1 billion in value in only 17 months!

• We’ve all been there: How do you deal with clients that take forever to pay?

• Six keys for turning your company into a design powerhouse.

• This is an interesting look at some world famous fashion designers who have gotten fit over the years. Karl Lagerfeld once said, “Fashion is the healthiest motivation for losing weight.” Thoughts?

• The Nextness just gave an overview of the brand new Beyoncé website and it is beautifully designed. So many great insights about sharing and social media in this article as well! 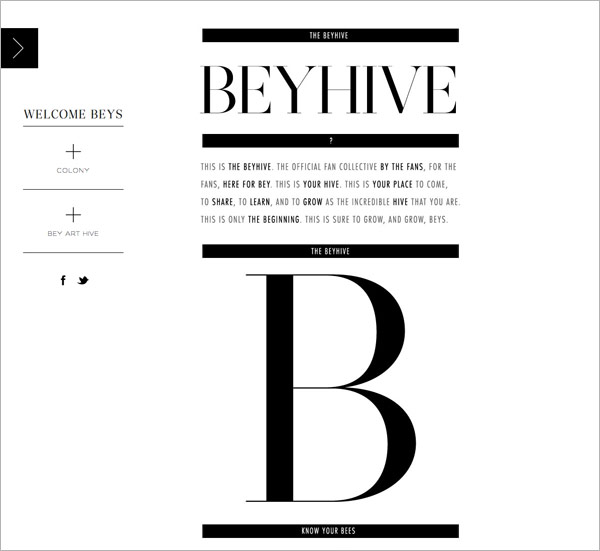 A snippet of type from the new Beyoncé site 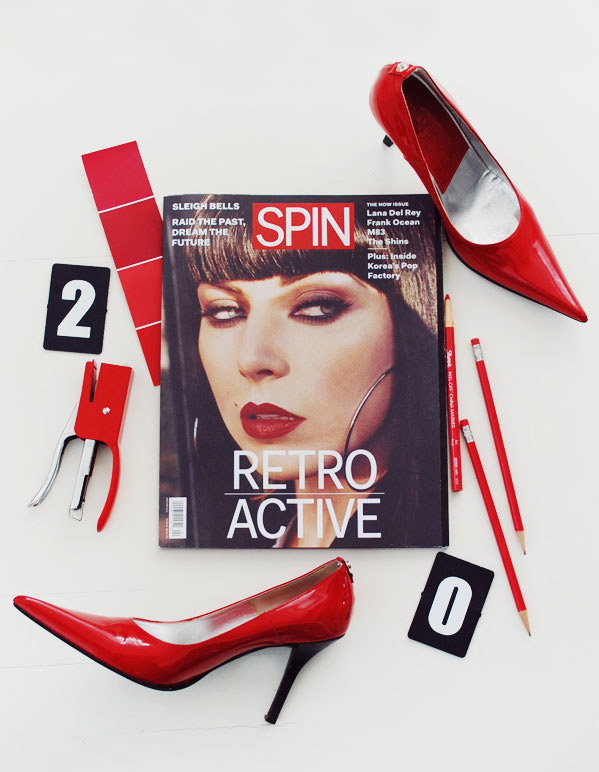 Last week, I was at the grocery story perusing the magazine rack and in between picking up Martha Stewart Weddings (research for the Rock n’ Roll Bride magazine) and reading a Marilyn Manson interview in Revolver (it’s really good, by the way), this cover of SPIN caught my attention.

The last time I bought SPIN was somewhere close to 10 years ago but I couldn’t take my eyes off this cover. Sleigh Bells are everywhere at the moment (and Alexis Krauss is gorgeous) but there was something else that made it stand out — the lack of jarring, huge headlines and the matte paper used for the cover. 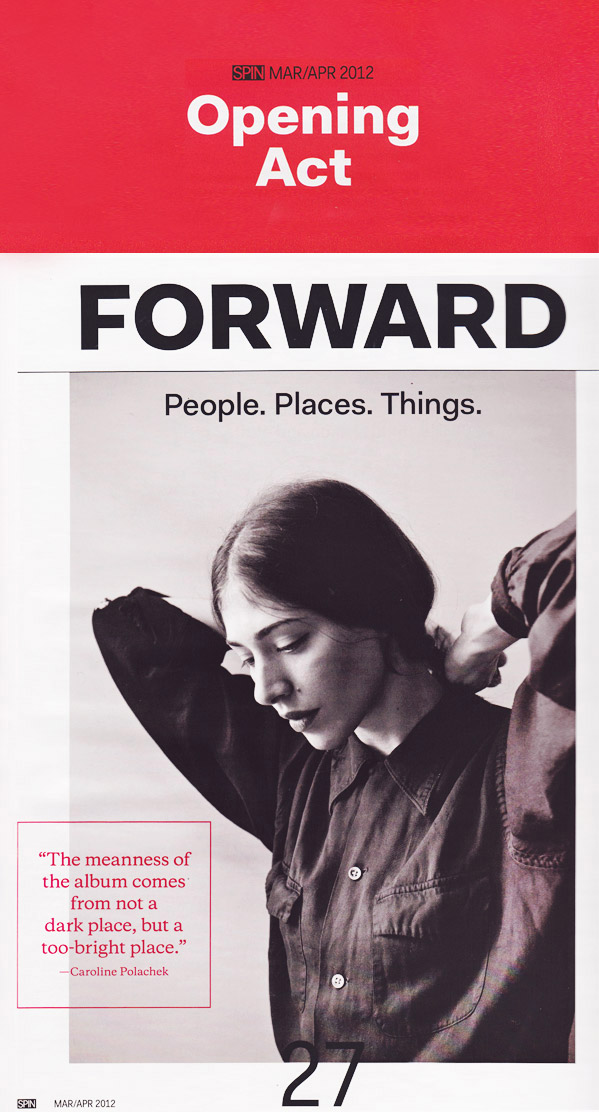 SPIN, now a bimonthly publication, has undergone a massive redesign. Of the retooling, SPIN says, “In the many discussions about how to best enable this magazine to have a long, prosperous — or any — future, it became impossible to ignore the past. Not just this magazine’s past, but the very idea of what magazines have meant, of what we want to read in them, and why.” They’ve made a number of changes inside that reminds us of the music magazines we used to love including, in their words, “deep, long-view critical thinking and cultural analysis that’s so often lacking today.”

The “new” look is intentional and a nod to the original SPIN magazine and dare I say, very now. For better or worse, many of the design elements remind me of an Urban Outfitters catalog. But in a way, this lo-fi approach stands out amongst the slick redesigns of many other freshened up periodicals. 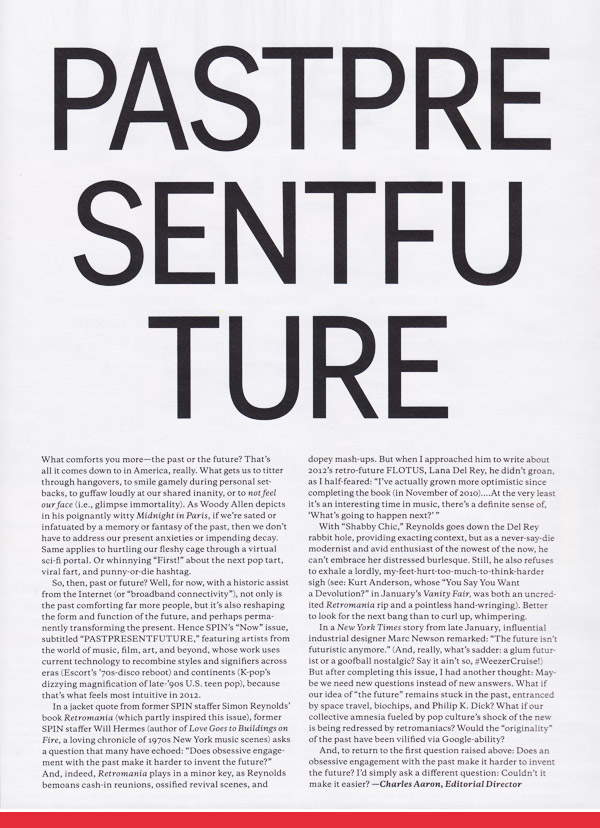 Readers: Have you picked up the new SPIN and what do you think overall? 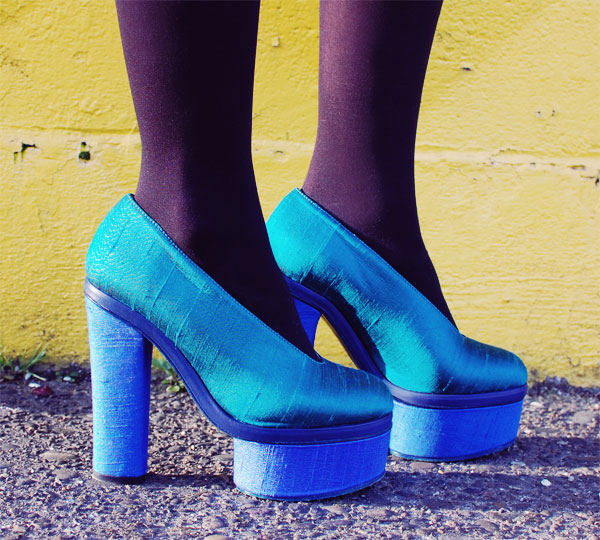 How was your Easter? Joey & I ended up having a really low key day, dropping our house guest off at the airport and then running some errands around town. My nod to the holiday was these shoes, which remind me of freshly dipped Easter eggs! I didn’t have an Easter basket this year so instead I stopped by Trader Joe’s and picked up a box of these. They taste like gourmet peanut butter cups! 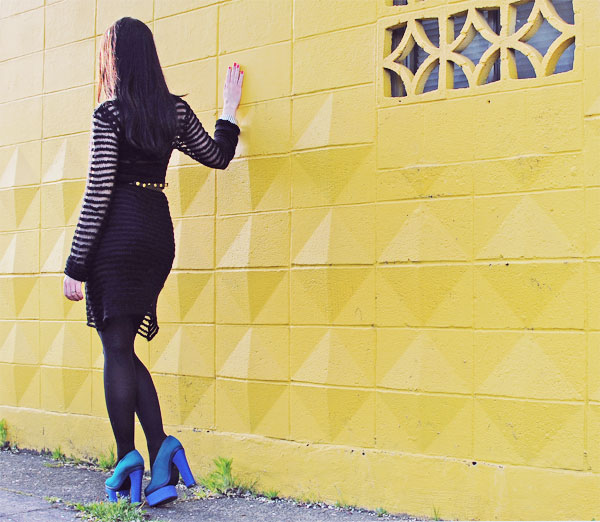 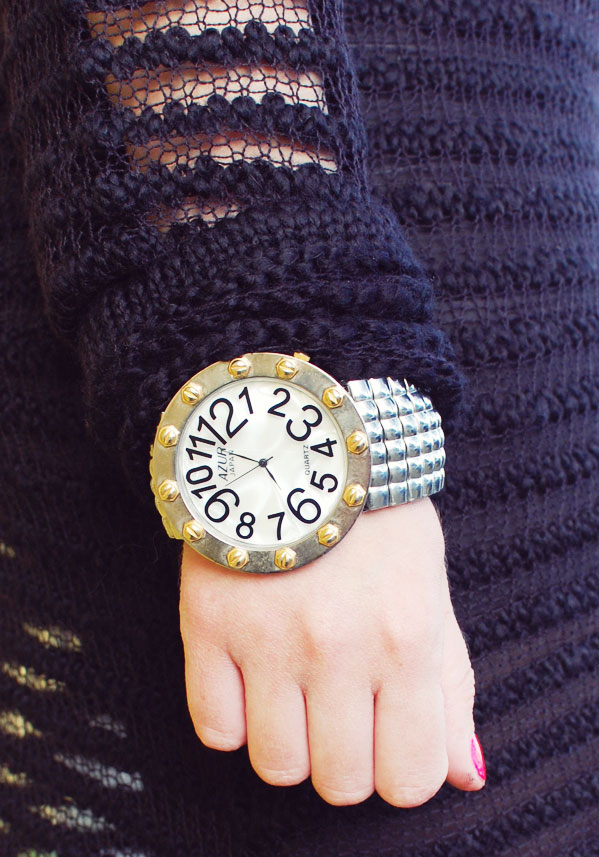 This watch looks fancy but it’s a fairly cheap vintage watch I dug up on Etsy one day. It’s by a brand called Azur, though I still don’t know too much about the origins of the line. 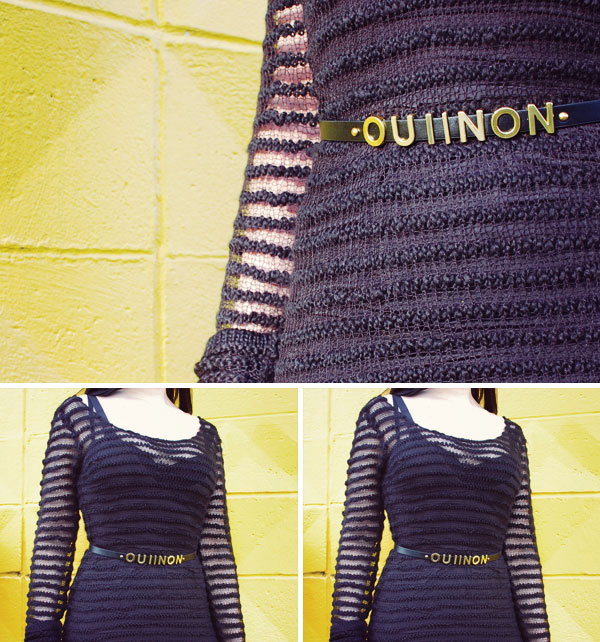 I love this belt so much. Can you tell that I have Paris on my brain? I’ve always wanted one of those vintage Moschino letter belts but whenever I search Ebay, they’re going for a small fortune. This ASOS belt has a similar look and is less than $20.00. A good compromise! 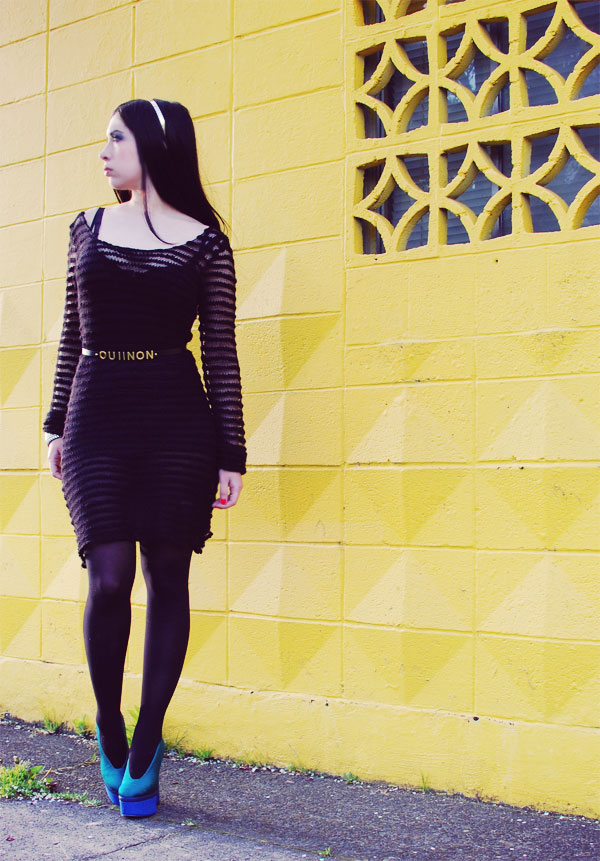 Happy Monday! I hope you’re not sick from eating too much candy (I just had one of those peanut butter eggs for breakfast).