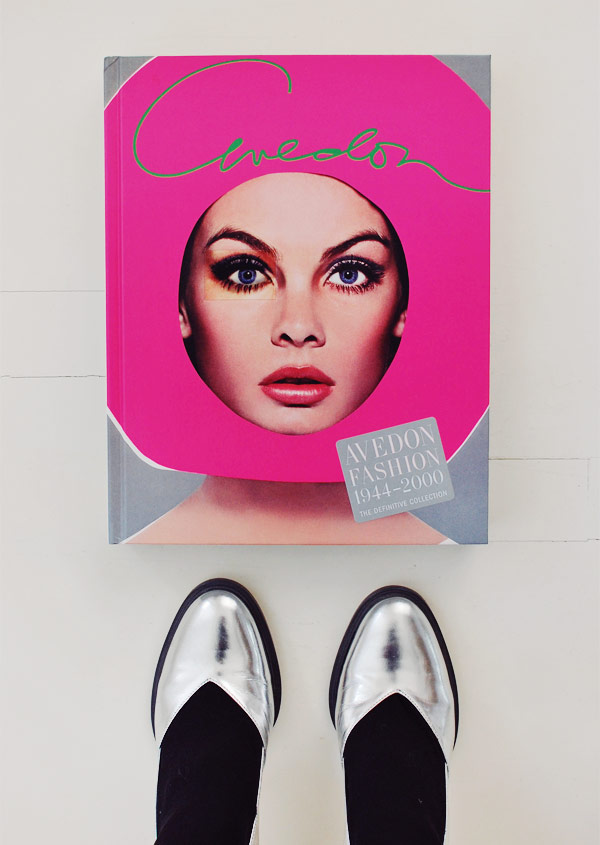 book earlier this year because it featured my favorite Avedon photo of all time, Jean Shrimpton from the cover of the April 1965 issue of Bazaar. But beyond that, I couldn’t put this book down. Avedon is considered one of the top fashion photographers of all time but I was curious to know more about the stories behind his most iconic images and how he got his start. I learned that Avedon was a merchant marine in World War II, where he was assigned with taking identity photographs of fellow sailors. This book does a meticulous job of showcasing some of his more rare, early work from the 1940s mixed in alongside his most famous photos and ad campaigns.

Avedon was at Harper’s Bazaar (1944 – 1965), then Vogue (1966 – 1990) and finally, at The New Yorker (1992 – 2004) and this book covers all those stints as well as work he produced for other clients including some of his most memorable Versace campaigns, which he shot for two decades. At over 350 pages long, I had a hard time choosing just a handful of images to share. If you get the chance, check this book

out, winking holographic eye cover and all.