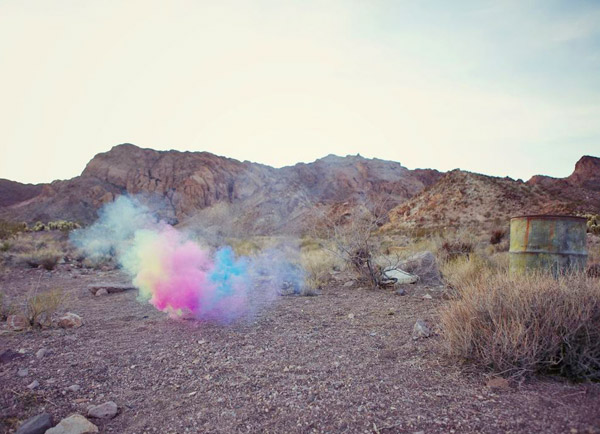 As the sun began to set in Nelson, Nevada, we weren’t quite ready to hit the road. For our final look, photographer Lisa Devlin knew just how to perk us up when she pulled out a few packs of colored smoke bombs. As Kat lamented, “Turns out Nevada state law is slightly cray-cray about fireworks. In fact, Lisa and Amy had to add an hour to their drive up from LA to visit a town called Pahrump —apparently one of the only towns in Southwest America where you can legally buy them!” 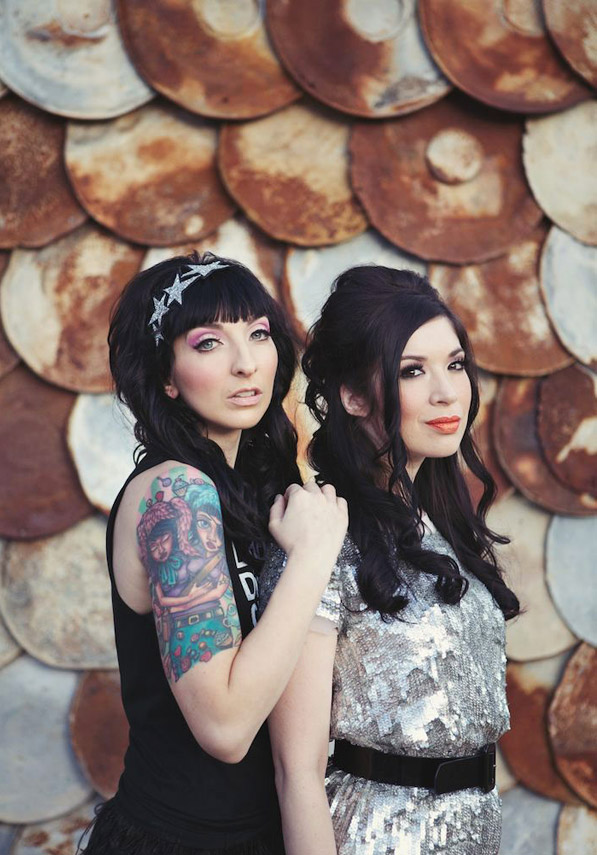 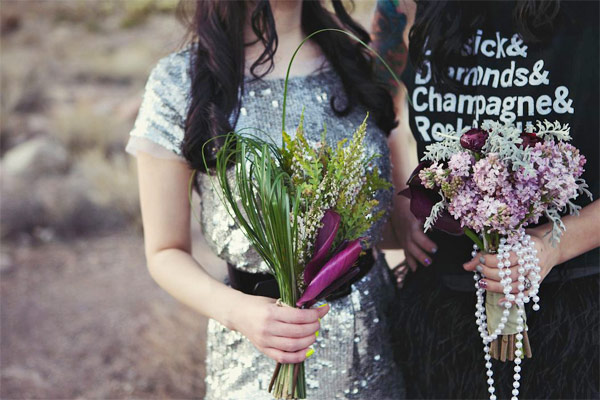 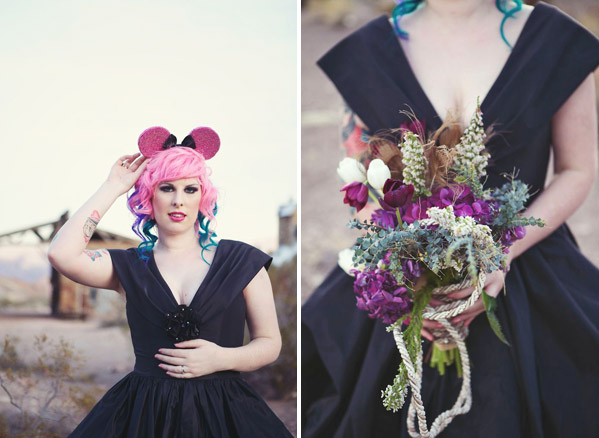 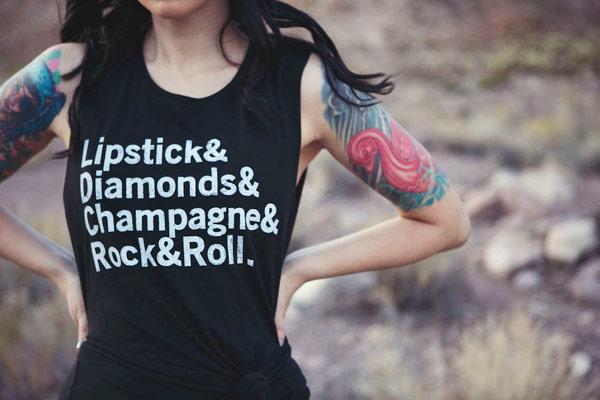 Smoke bombs from a distance look super rad but when they’re being let off in multiples in front of you, a good amount of watery eyes, smoke inhalation and in turn, lack of composure are bound to happen! Kat and Gala’s smoke bombs went off without a hitch but mine fizzled out every time. Sad! 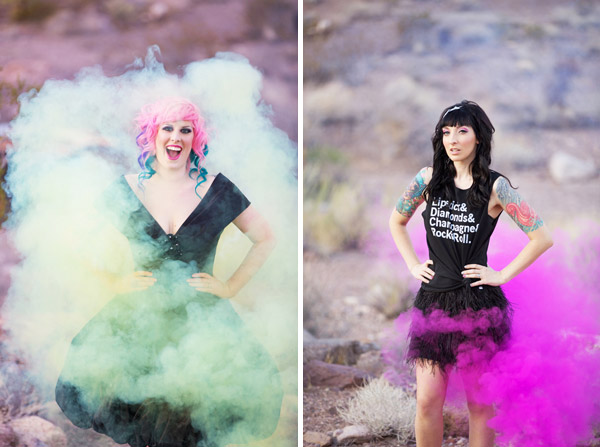 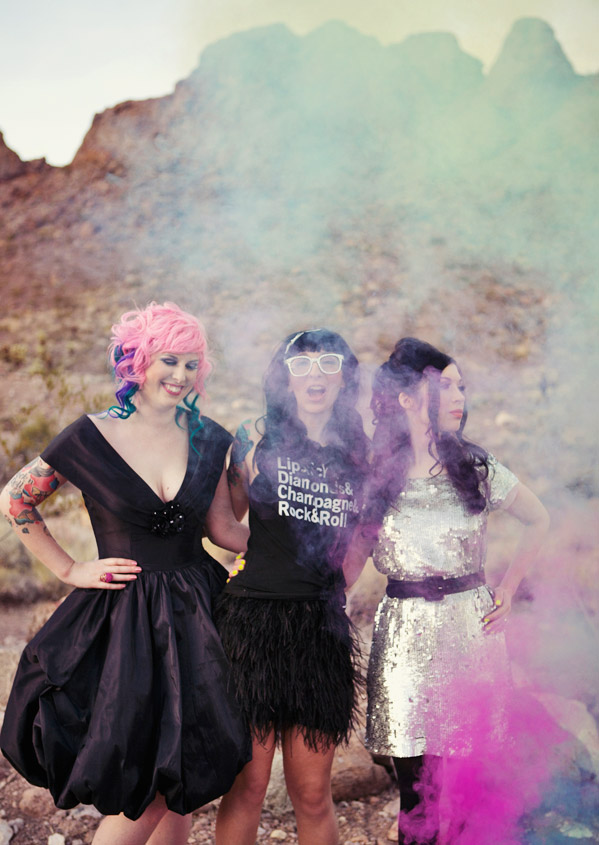 Shortly after this shot, I jumped out of the frame with tears streaming down my face. 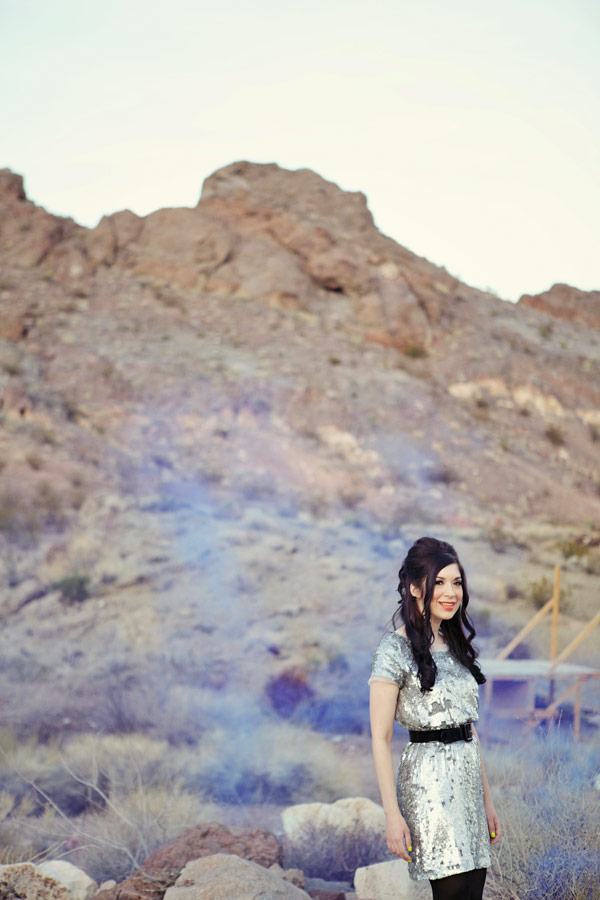 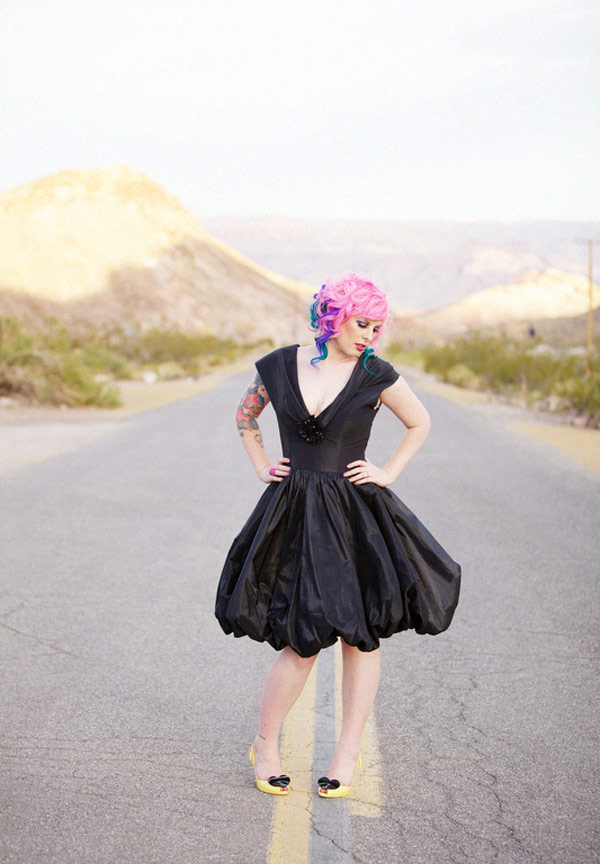 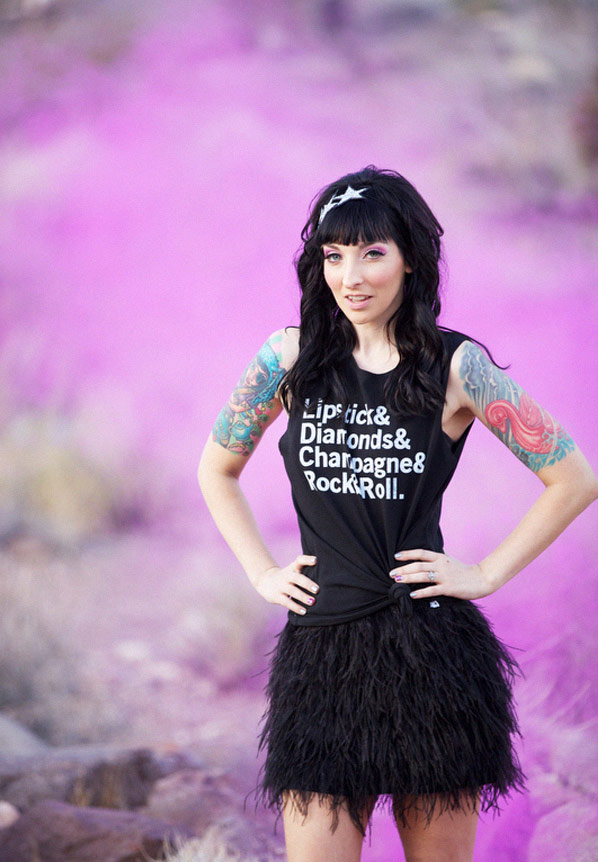 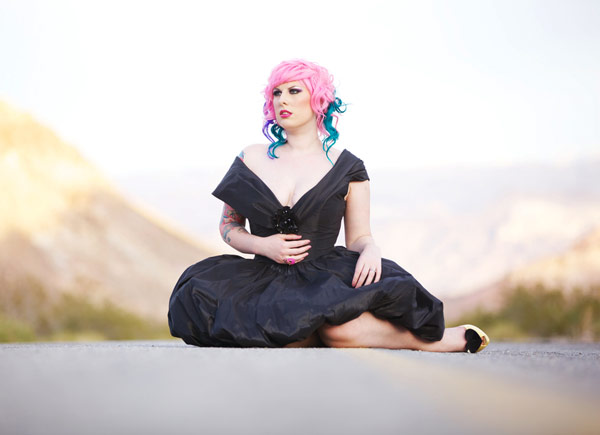 If Kat was an ice skater, this would be her drama-filled finale. 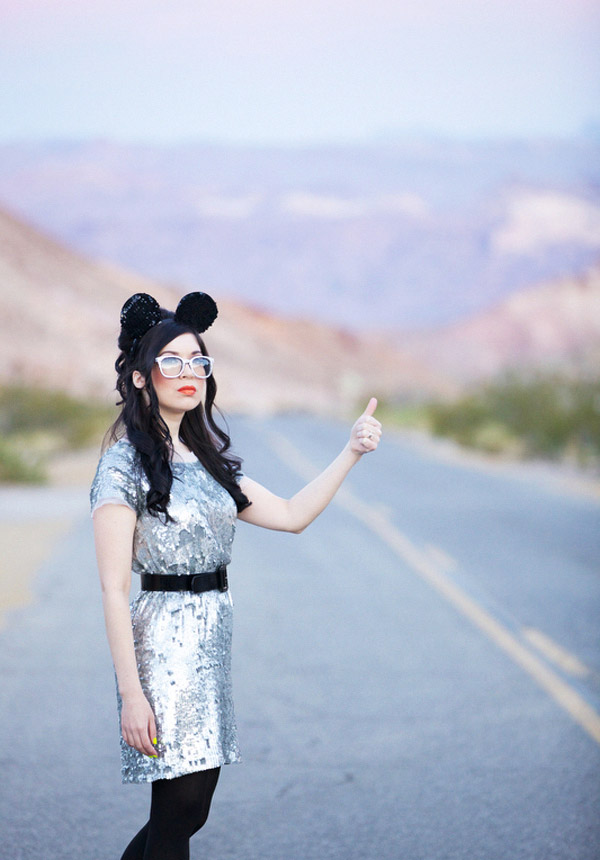 Obviously, one of Elton John’s backup singers got dropped in the desert on her way to Disneyland! I sure wouldn’t pick that creep up. 😉 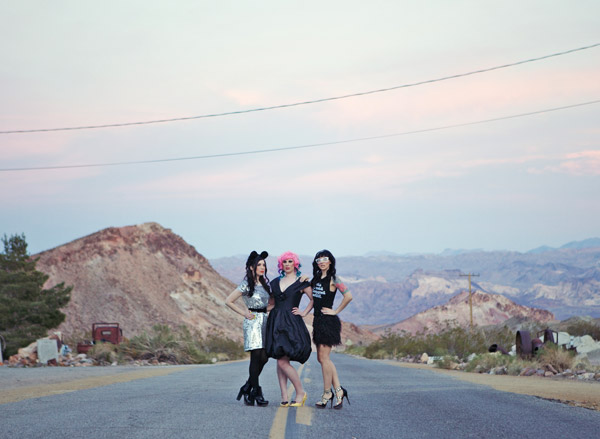 As the sun went down, we got some final group shots on the road out of town. Desert sunsets are the best. I think we were all a little sad for such an epic day to end. Refreshingly, our best time in Vegas was nowhere near The Strip or a shopping mall or the internet. I think we’re all a little obsessed with ghost towns now.

One Response to Sequins and Smoke Bombs: Nelson, Nevada