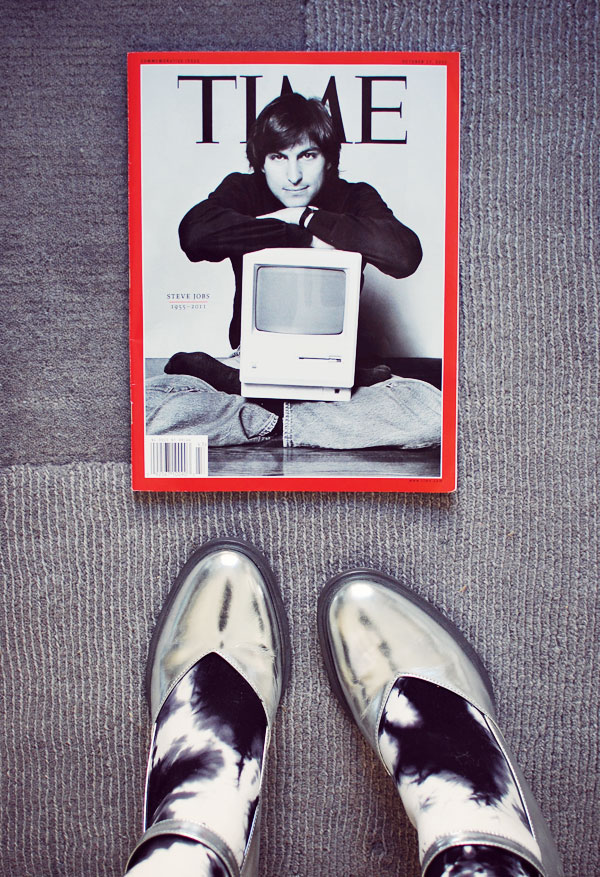 Goodbye, Steve Jobs. Such inspiring stories about a truly inspiring man in this issue. 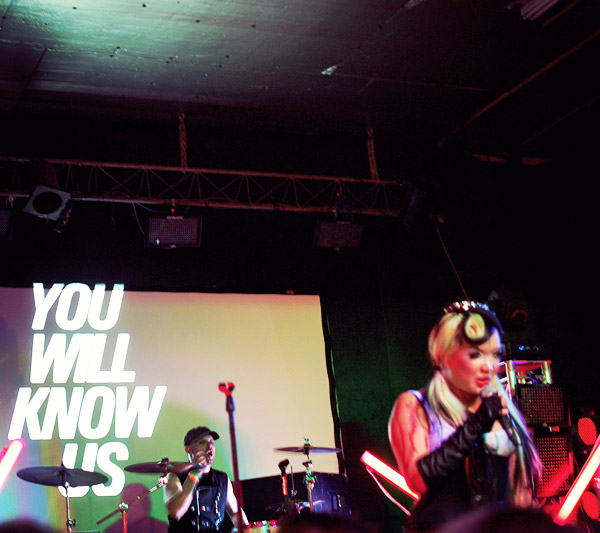 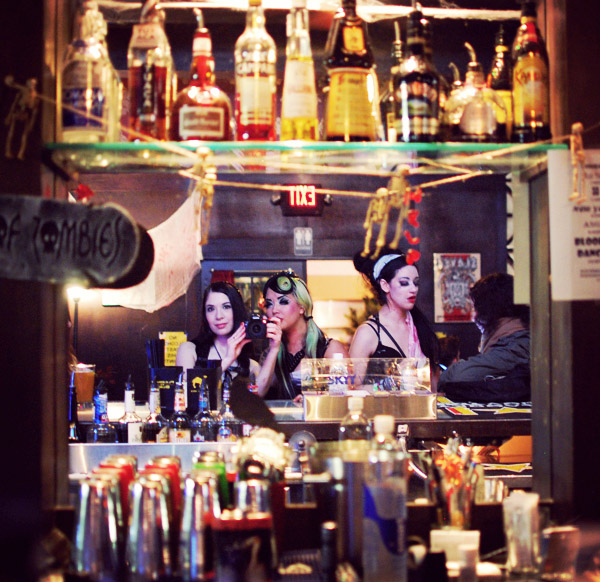 On Thursday night, my friend Amelia Arsenic and her band Angelspit made a tour stop in Portland at The Hawthorne Theater. It was an all-ages show so I was in a sea of 16 year olds (probably for the first time since I was 16). Angelspit always gives it their all and afterwards, we caught up in the bar next door which just happened to be hosting a karaoke night. Amelia (who lives in London) got to experience a full-on Portlandia-style moment when a guy with dreads, sporting a pink suit gave a stunning performance of Alanis Morissette’s You Oughta Know, even jumping up on chairs. That was followed up by two hippies doing a spot-on performance of Straight Outta Compton. 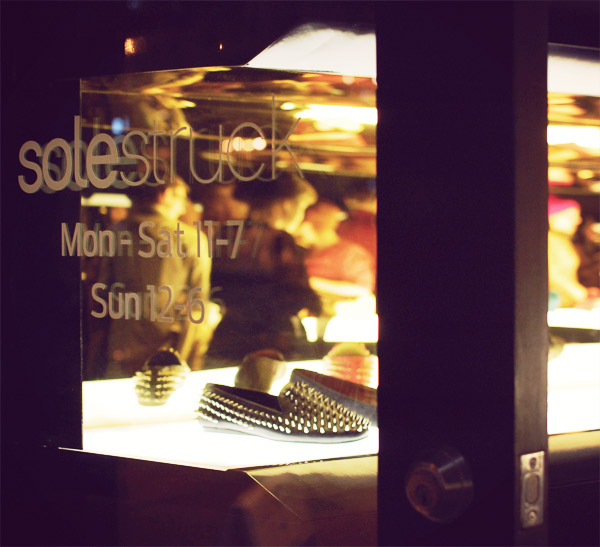 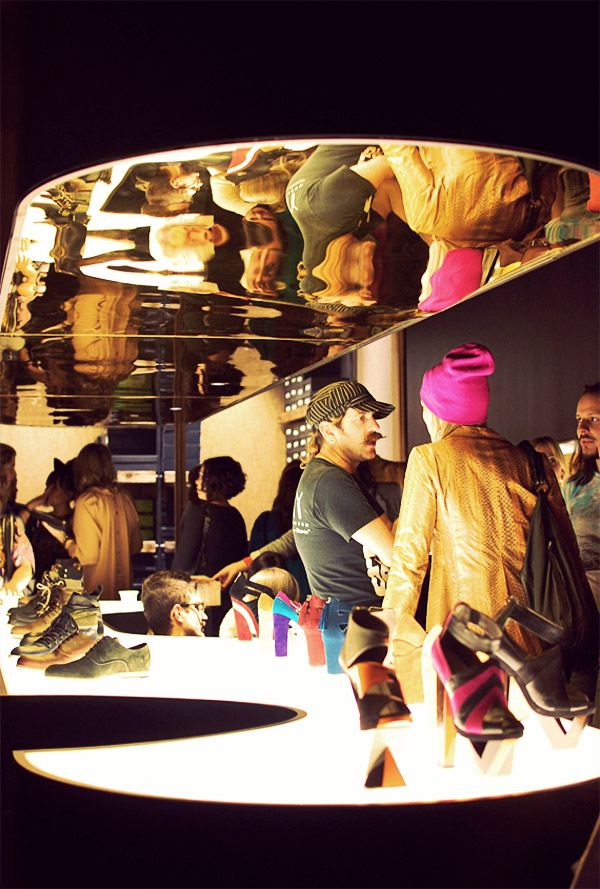 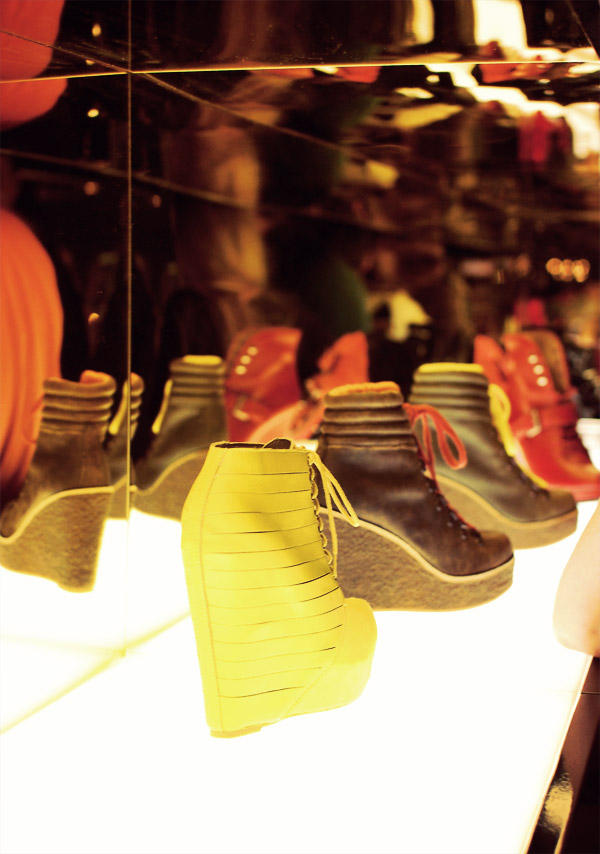 I am a huge fan of architecture firm Skylab and when I heard that they’d designed Solestruck’s new flagship store downtown, I had to see it for myself. I took my whole family to the grand opening Saturday night (including my dad) and the place was packed. My photos don’t do the space justice at all. If you’re passing through Portland, this is a must-see. 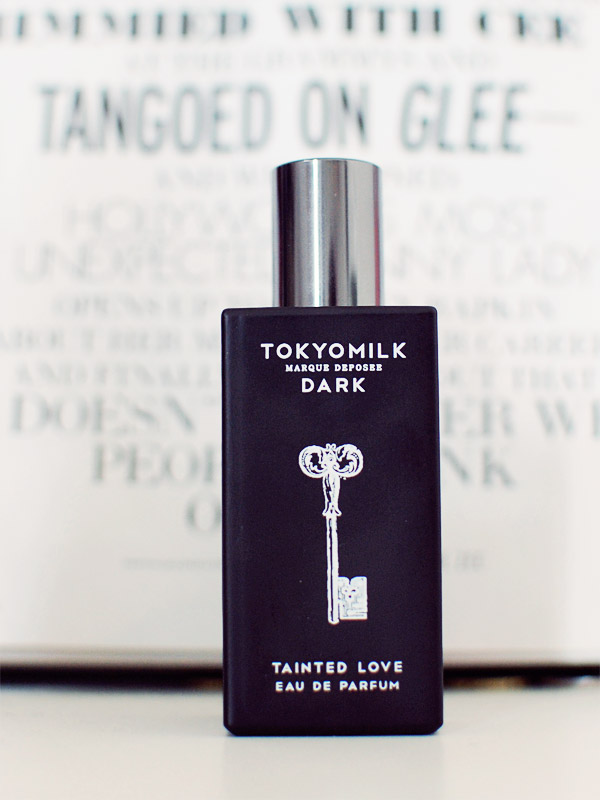 I’m not a big perfume person, but this week I discovered Tokyo Milk. The smells are different from everything else out there â€” I picked up Tainted Love which is a combination of dark vanilla bean, orchid, white tea and sandalwood and have been wearing it nonstop since. 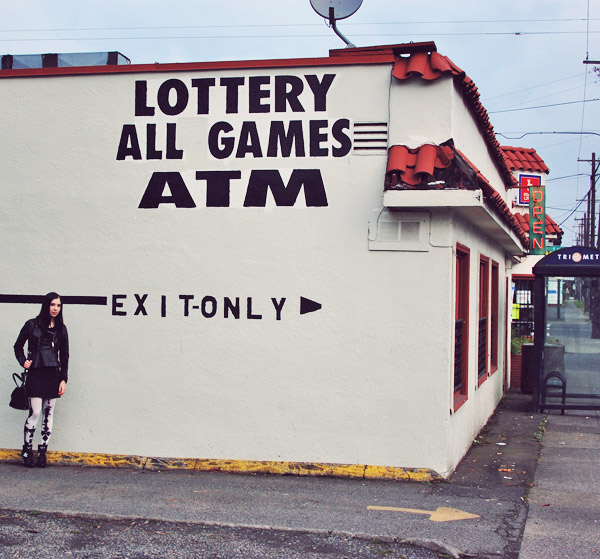 Just hanging out in front of a bar called The Trap (seriously) in my hood over the weekend. I can’t stop laughing when I hear of people compulsively gambling there…really?!! The name says it all. Have a great weekend!