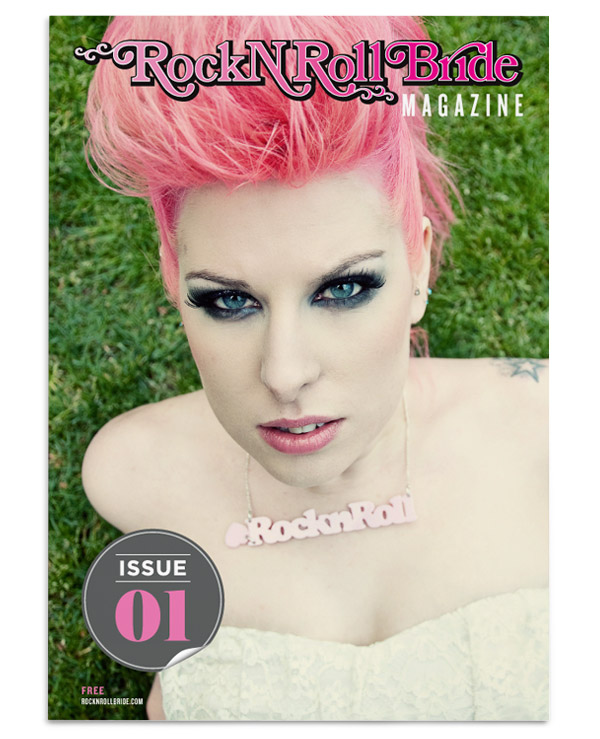 There’s no denying that Kat of Rock N Roll Bride has some serious enthusiasm for her brand. What I admire about Kat is that she doesn’t just let things be â€”Â she keeps pushing ahead and thinking up new ideas. What started out as a small collaboration two years ago creating a new brand identity has blossomed into even bigger projects. Earlier this year, the Rock N Roll Bride media kit debuted. Then, over the summer, Kat proposed creating a magazine for an event she was attending. Not content with just handing out a business card or brochure, she wanted to offer something that encompassed her online brand that people could take home with them. 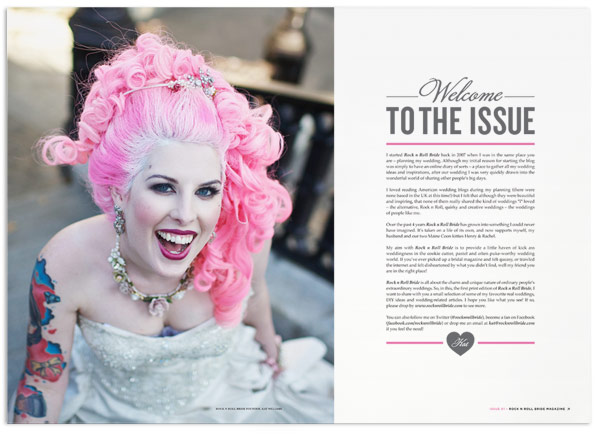 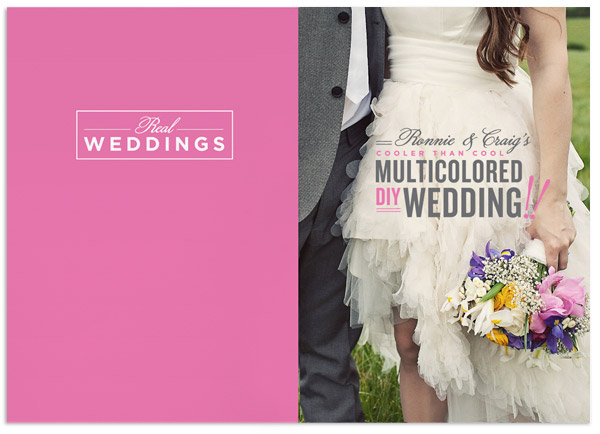 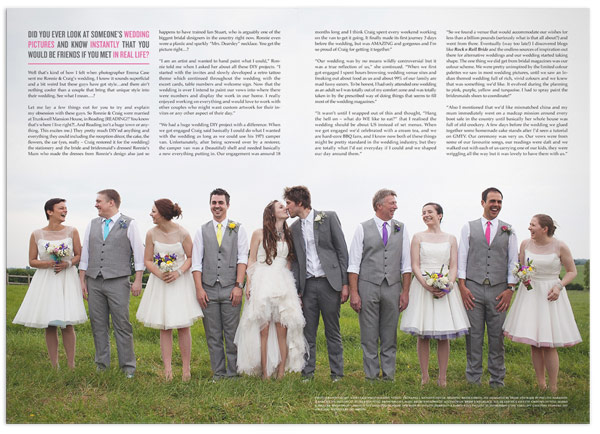 And that’s an interesting point in itself. With brands that are formed and presented digitally, when you turn off your computer, how do you stay in touch? Even with media increasingly going digital, there’s still something to be said for an object that you can hold in your hands. Call me old fashioned but that feeling and interaction just can’t be replaced. Just this weekend, I picked up a copy of TIME magazine with Steve Jobs on the cover because I wanted something I could keep. All you hear these days is that print is deadâ€¦it’s slowed down but it’s definitely not dead. It’s just changed. Half of the things that I design for print now never actually make it to print; they end up in a PDF. But this project was different. 1,000 copies would be printed. 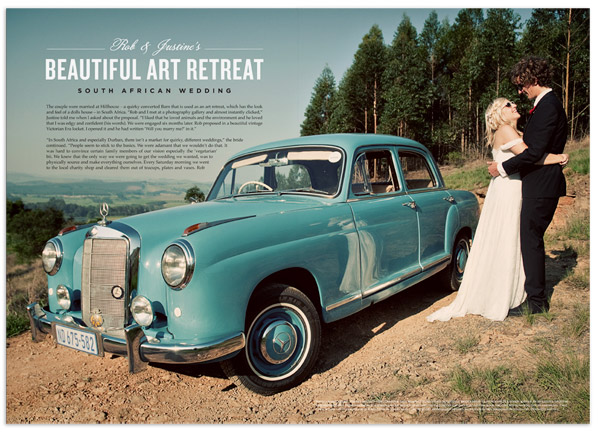 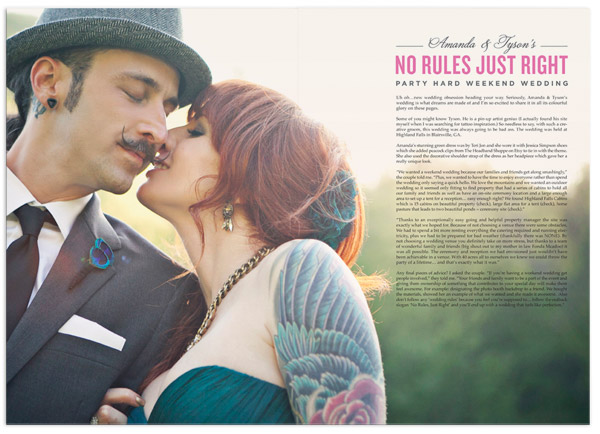 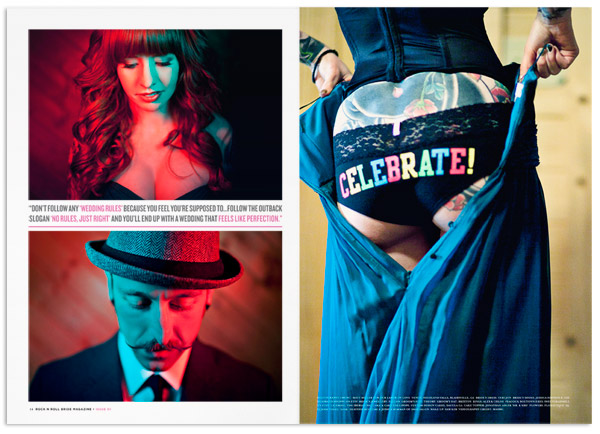 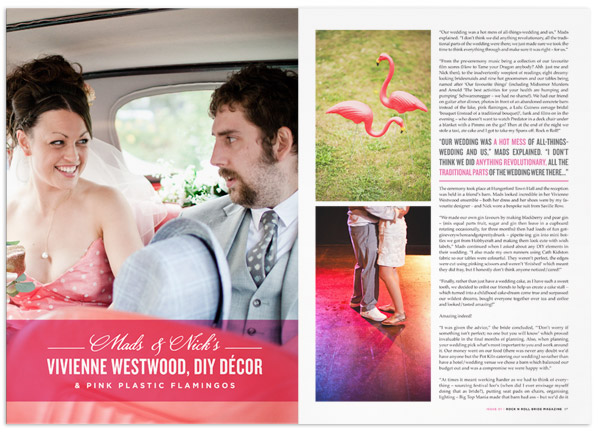 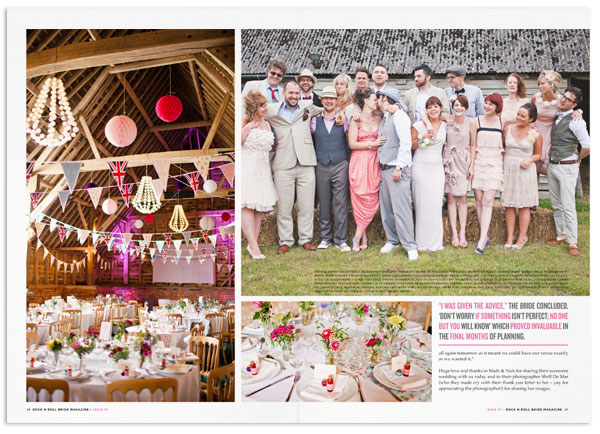 Kat originally proposed a 14 page mini magazine but the more I thought about it, the format seemed too close in size to her media kit. And she didn’t need another media kit. I grew up reading fashion magazines and I wanted this to have a more editorial feel with full articles, a letter from the editor and a front and back cover. 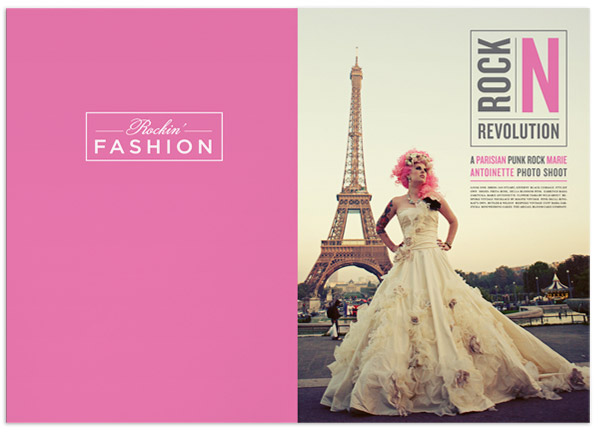 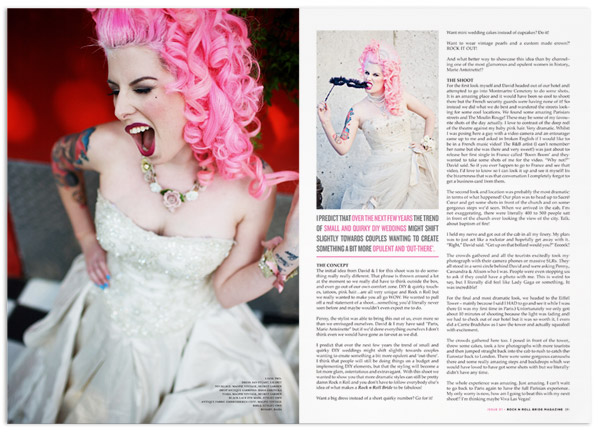 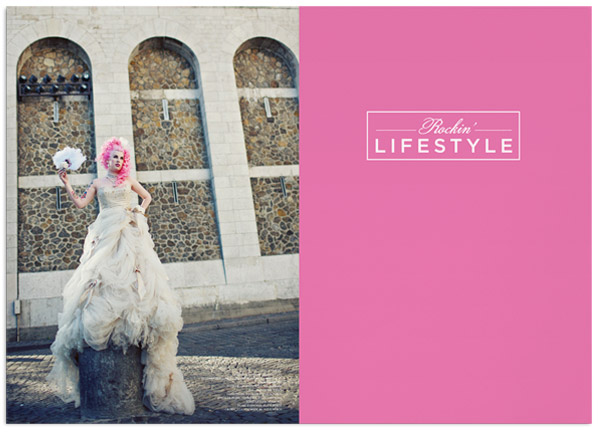 When I did the original Rock N Roll Bride identity, I created a horizontal lockup of the logo that I don’t think was ever shown. Even though it was never used in the web header or media kit, I had designed it with the thought of it working well on a magazine or book cover. 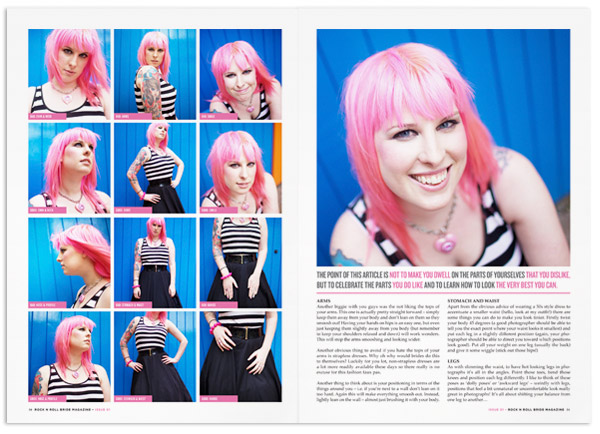 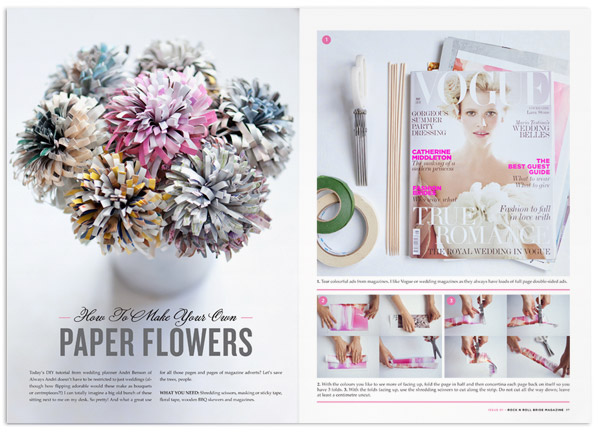 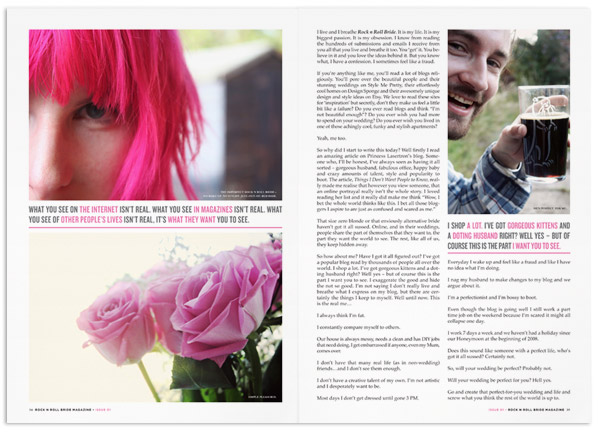 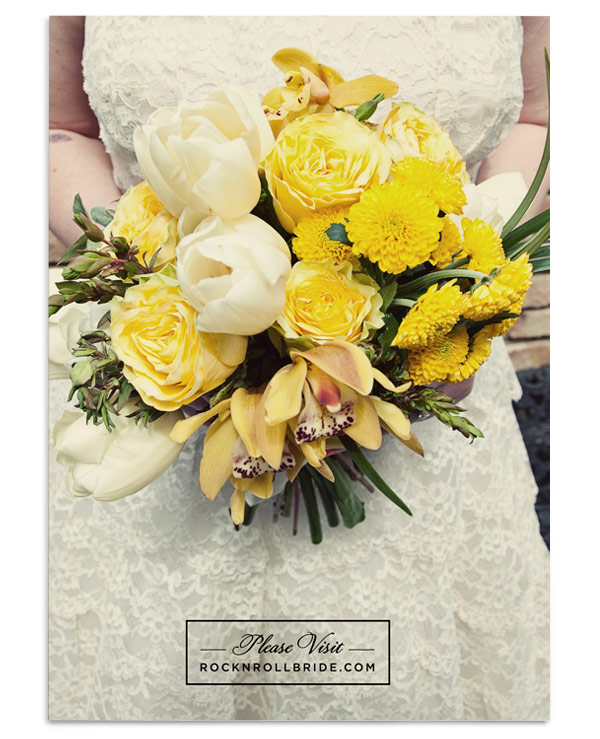 So far, this first issue, numbering 40 pages and with three distinct sections (Real Weddings, Rockin’ Fashion and Rockin’ Lifestyle) has exceeded our expectations, with 500 copies handed out in one weekend alone. The rest of the copies will be available on Rock N Roll Bride. The magazine was just written up on Print Week and we’re now planning issue 2. I love seeing brands blossom from an idea and an identity to something much, much larger. Thanks to Kat for letting me give you a peak inside our most favorite collaboration yet. And thanks for reading! 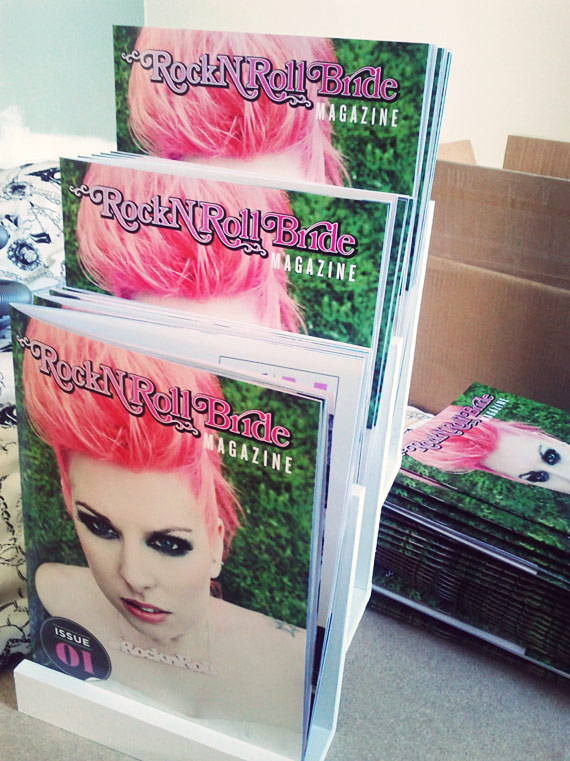