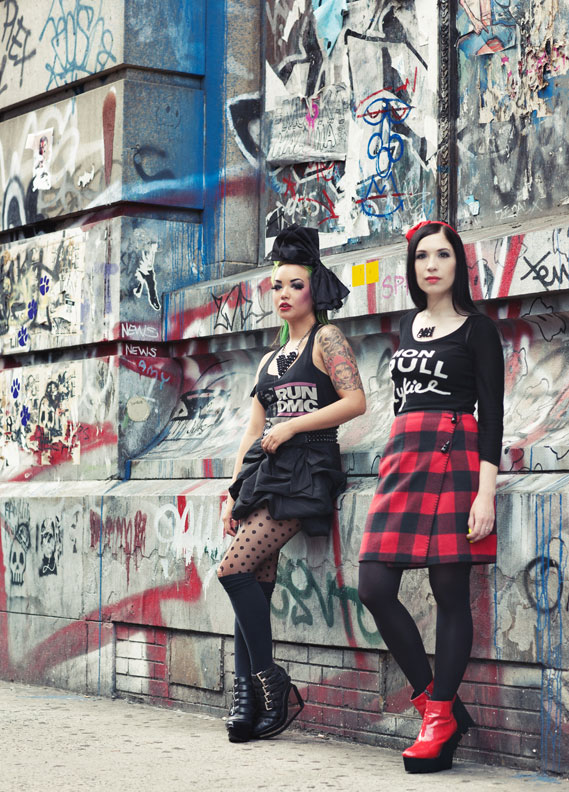 I’ve always loved Amelia Arsenic’s style but it’s been nearly impossible to meet up in the last two years. She’s based in London, I’m in Portland and though we both travel all the time, we never seem to be in the same place at once! When we found out that we’d both be in New York at the same time in September, I arranged a shoot with photographer Lydia Hudgens. 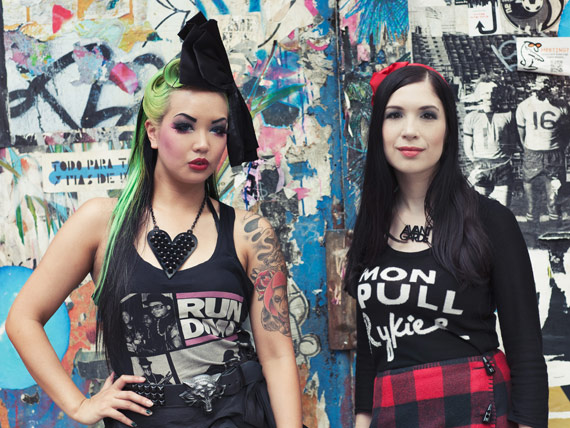 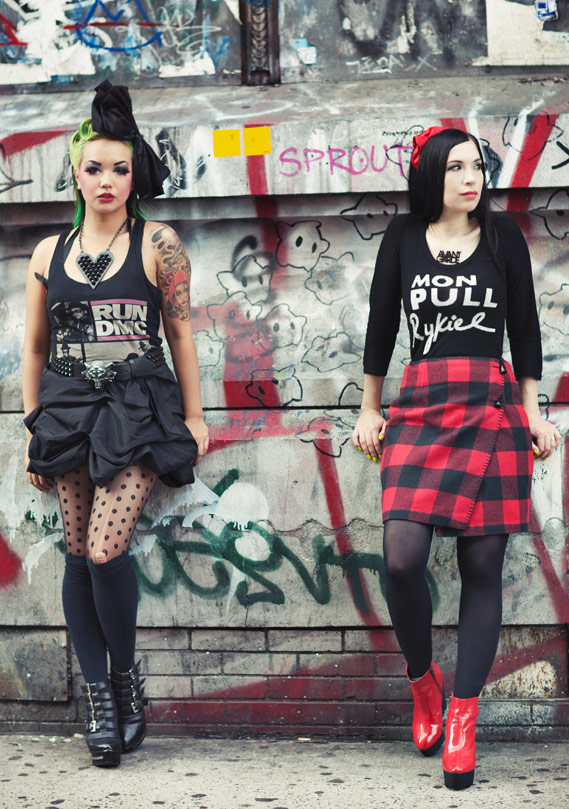 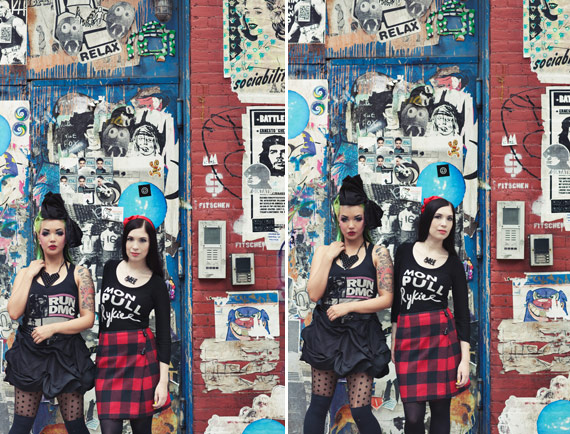 The real fun was in scouting a location. I asked Bianca for some recommendations and she immediately mentioned the corner of Bowery and Spring. I distinctly remembered the spot from past trips as being a great graffiti mecca and after some googling, I was astounded. Get this: The building previously housed Germania Bank which was built in 1898 and is now the home of a photographer and his wife and daughter. Yes, one family shares this building featuring 72 rooms! He purchased the building for a mere $102,000.00 over 40 years ago (no, that’s not a typo) and has lived there ever since. Amazing! Read more about the building’s history here. 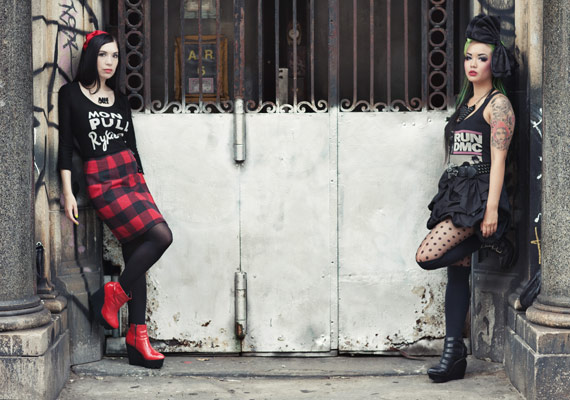 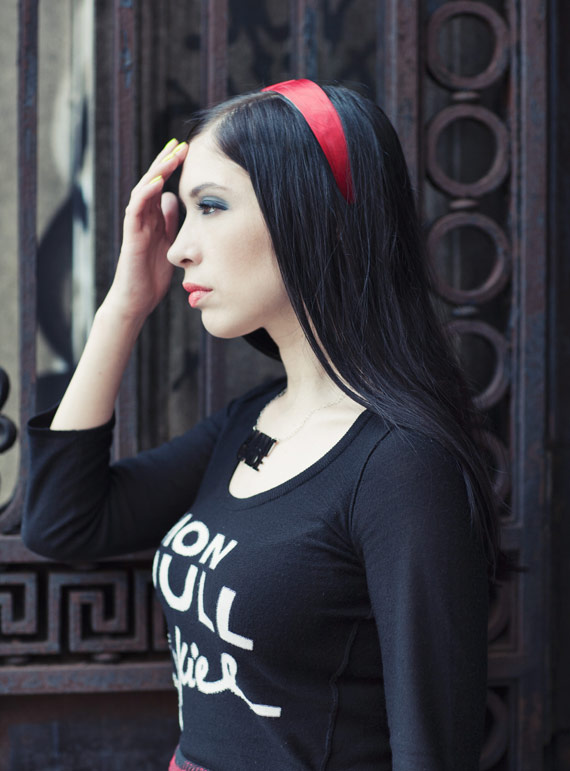 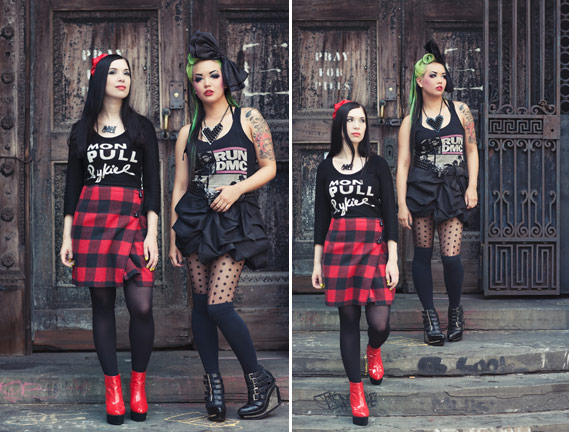 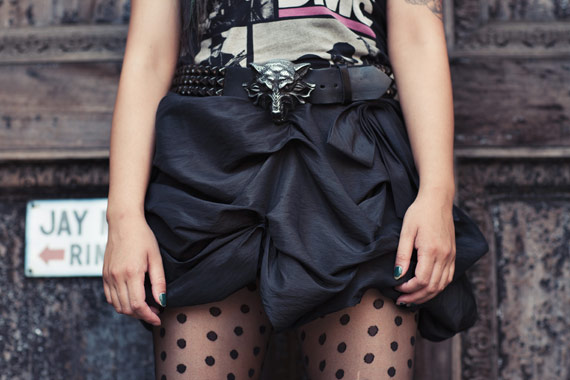 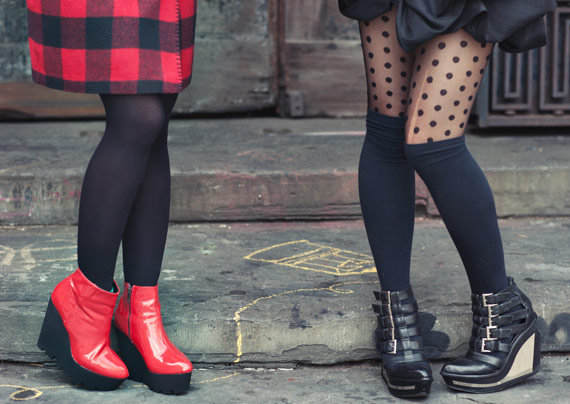 We spent Tuesday afternoon shooting around the edges of Soho and though we hadn’t coordinated what we’d be wearing, I loved the contrast of the green in Amelia’s hair paired with my red accents. What I’ve realized is that sometimes the best shoots aren’t overly planned. 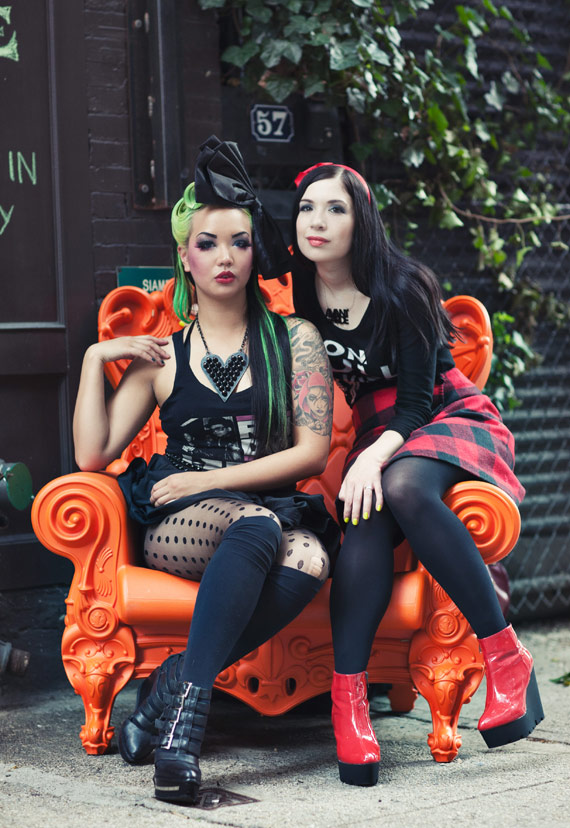 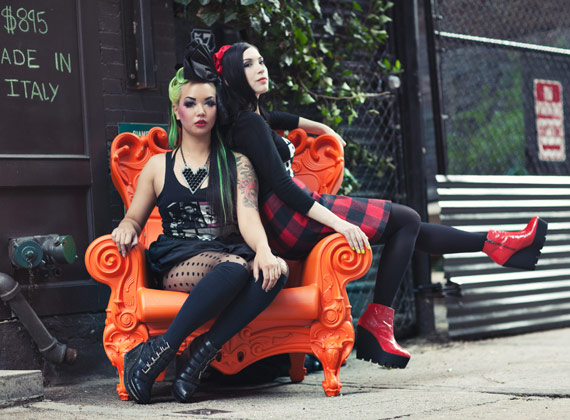 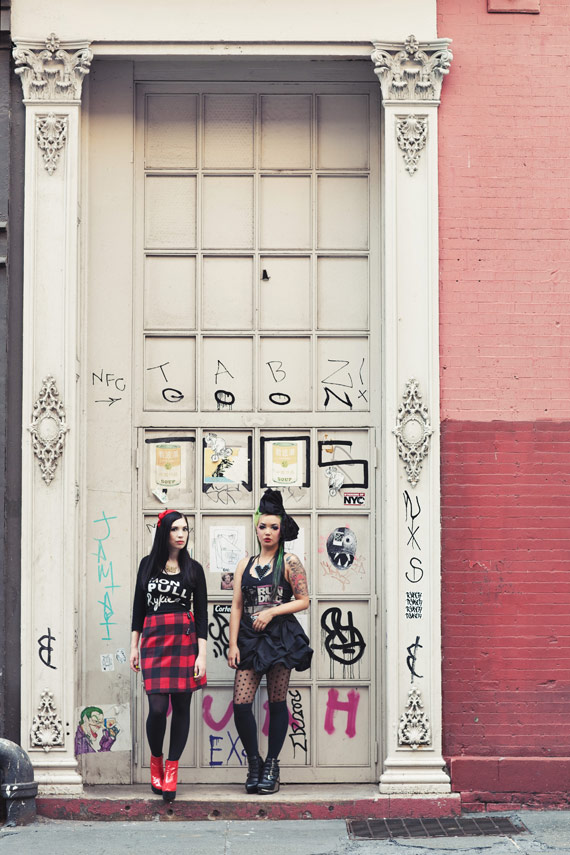 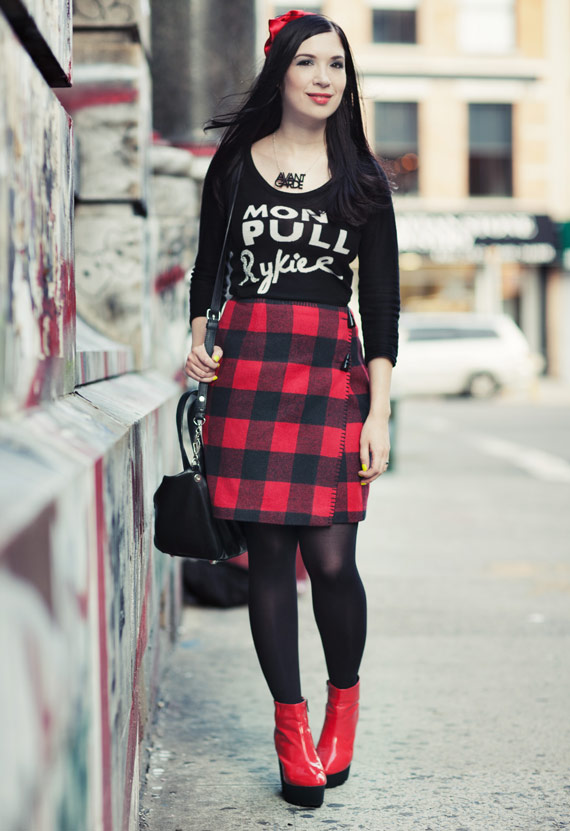 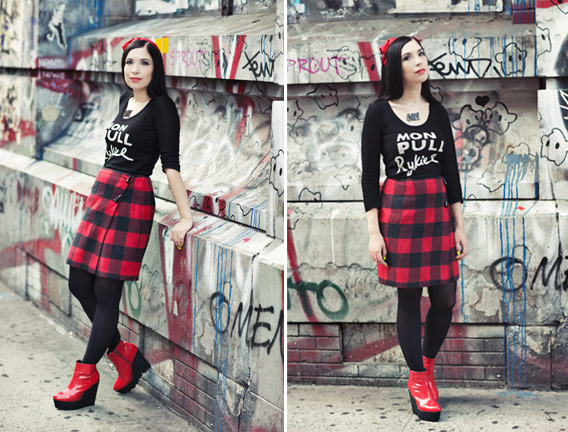 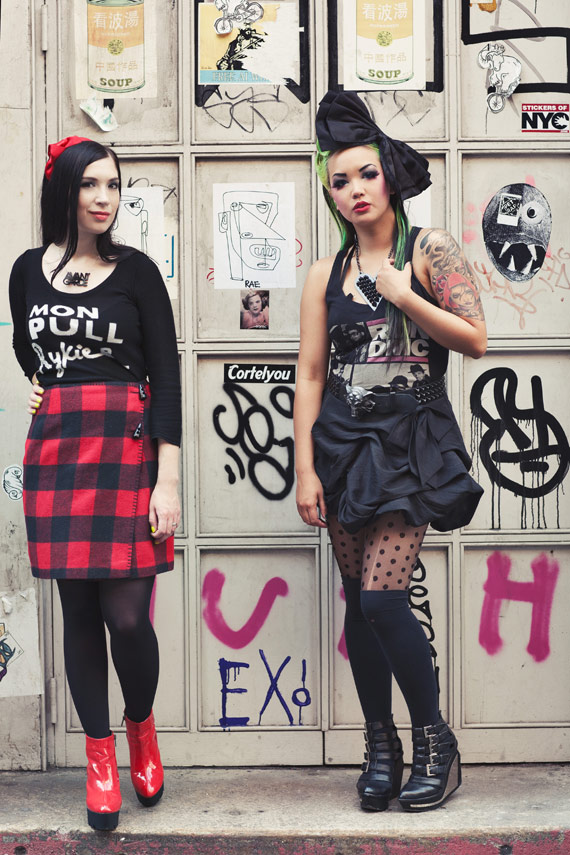 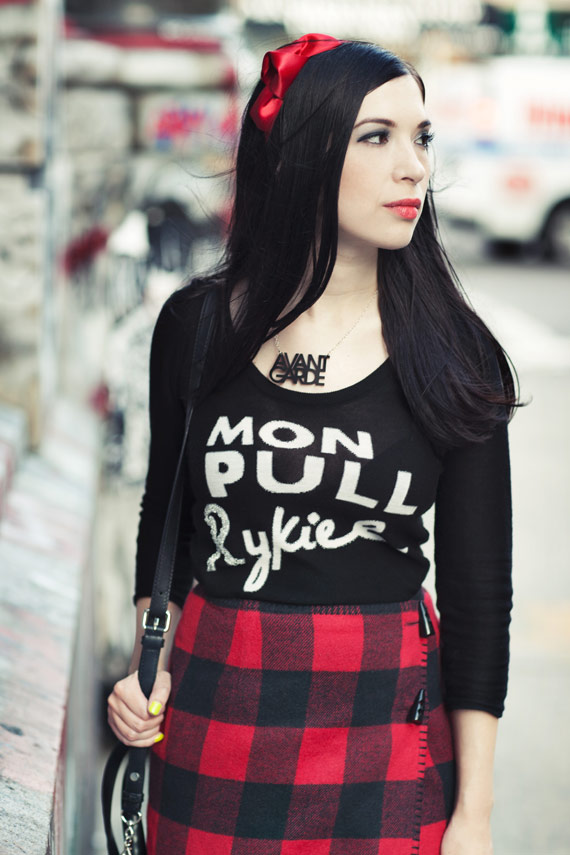 Thank you to Amelia for posing with me and to Lydia for doing such a great job. And FYI, Lydia is now based in New York so if you’d like to shoot with her, get in touch!