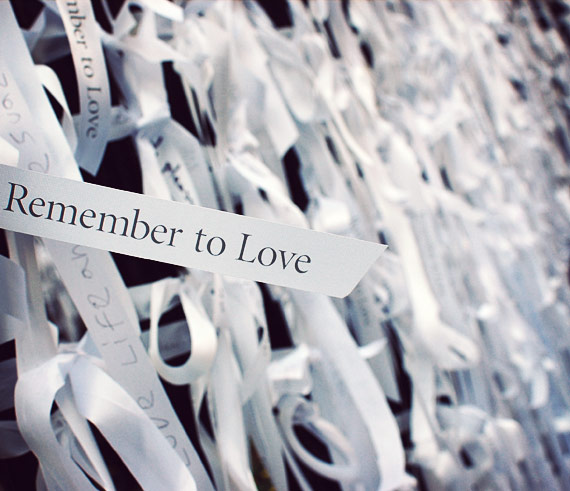 I don’t have anything remarkable to share about 9/11 and in a way, that’s a relief since almost all the stories attached to that date are incredibly tragic. I’d had just booked my ticket for my first ever trip to New York a few short weeks before September 11, 2001. I remember waking up at my dad’s house and turning on the TV around 6 am Pacific Time as I was getting ready for work. I was half-asleep and couldn’t quite believe what I was witnessing as I watched a plane fly directly into a building. I’d never been to New York but everyone knew what the World Trade Center was. On the West Coast, we all went to work as usual but even though we weren’t in New York, we knew that things had changed forever. 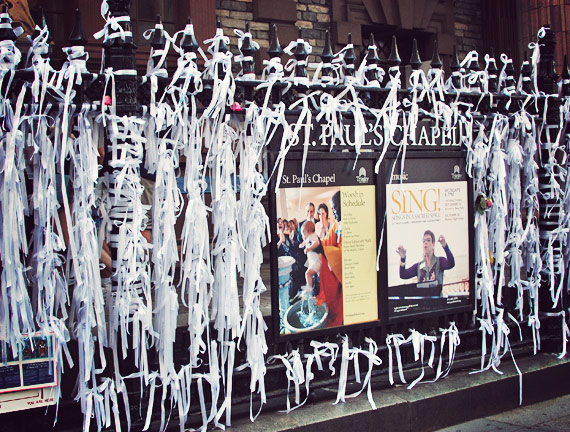 I was scared to go to New York in the weeks that followed but my ticket was non-refundable. I showed up the day before Halloween in 2001 and on my last day in the city, I took a cab to Ground Zero to see it with my own eyes. And, a month and a half after 9/11 had happened, I remember seeing gates still down over shuttered businesses with entrances coated in a thick ash. There were handwritten signs everywhere and everyone was still in a complete state of shock. 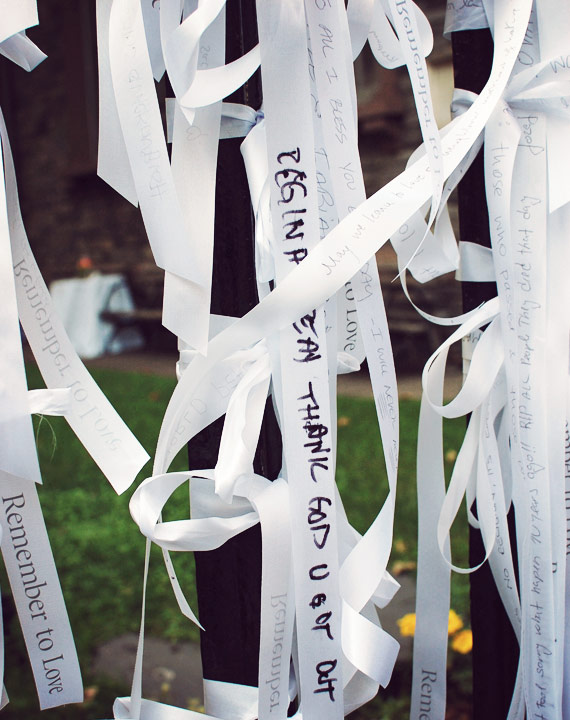 I woke up on the 10th anniversary of 9/11 this morning, a mere four blocks from the World Trade Center and could hear faint sounds of the national anthem and church bells ringing out. Looking back, I’m glad that I made that trip. In close to 15 visits that have followed in those last ten years, I’ve made some of my best friends in this city. New Yorkers are a strong and resilient bunch. 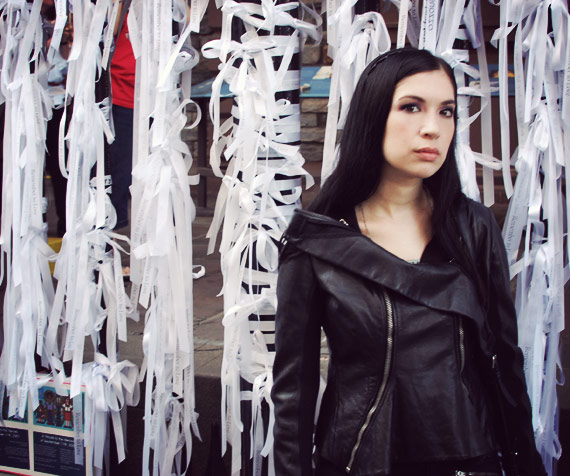