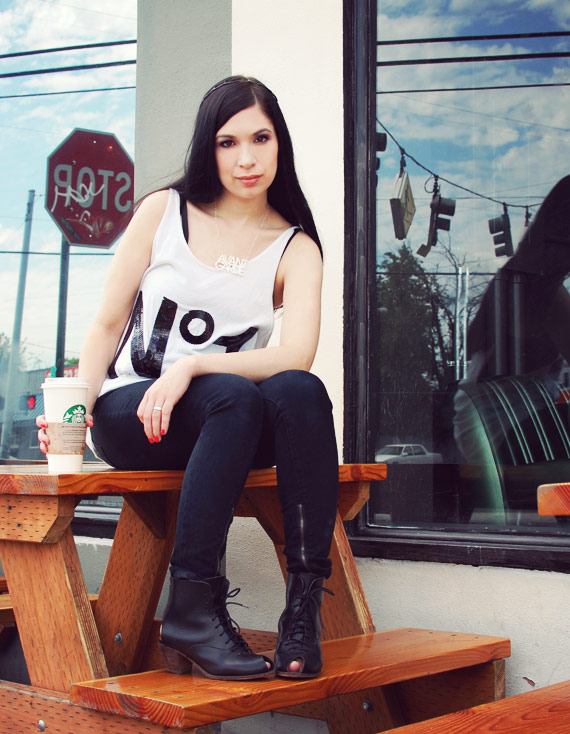 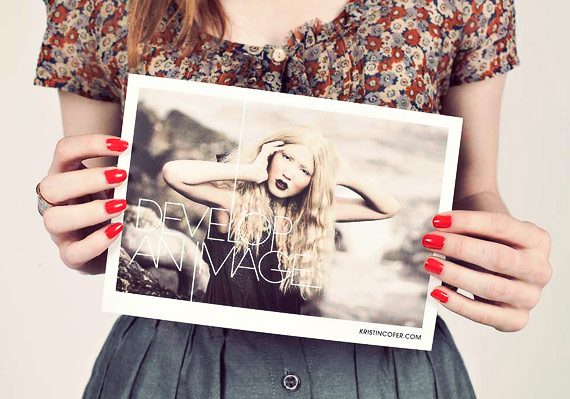 Kristin took some snaps of her cute friend Sam holding the oversized promo cards I designed for her last month. This should give you a much better idea of the scale; they’re HUGE. 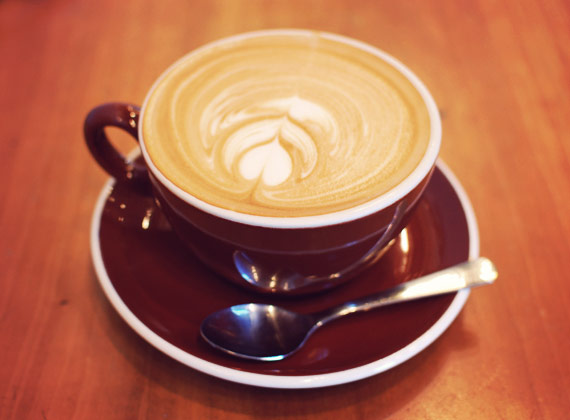 I love Stumptown. Met a sweet Nubbytwiglet.com reader visiting from San Jose and did a quick little interview last night. 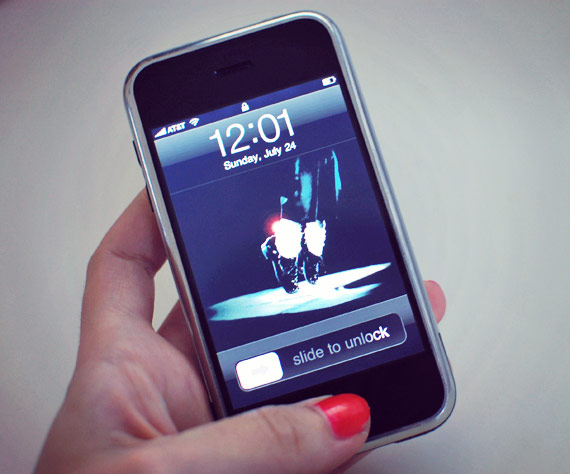 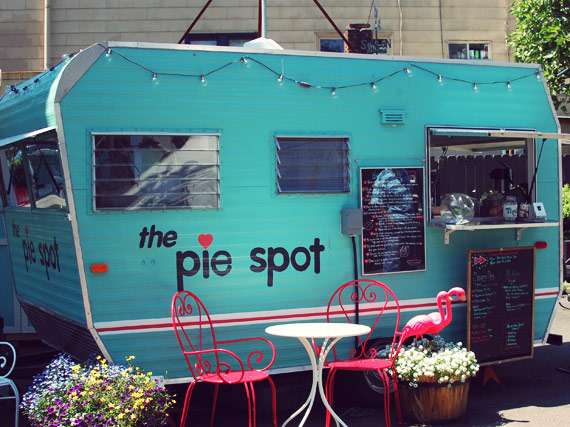 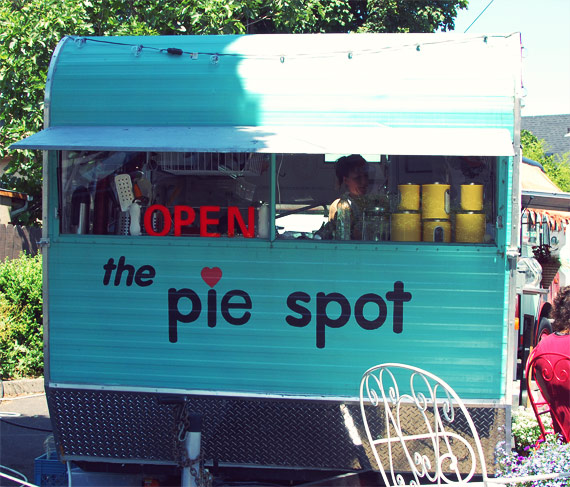 I fell in love with all the adorable food carts on Division this week; Auntie Nubs and I wanted to stop at each and every one! Another favorite of ours specialized in gourmet mac & cheese and resembled a 50s diner. 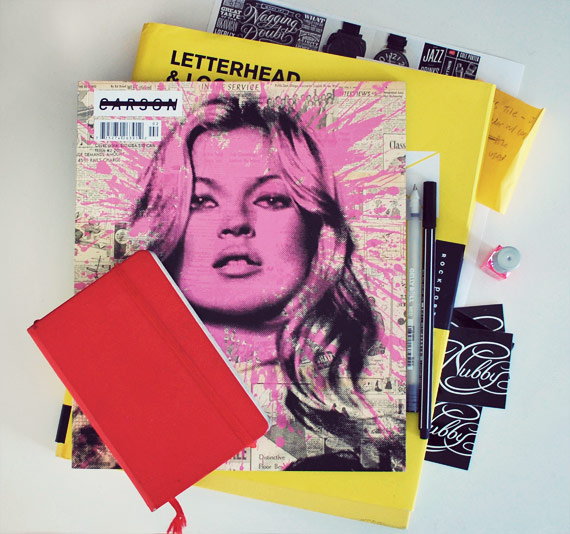 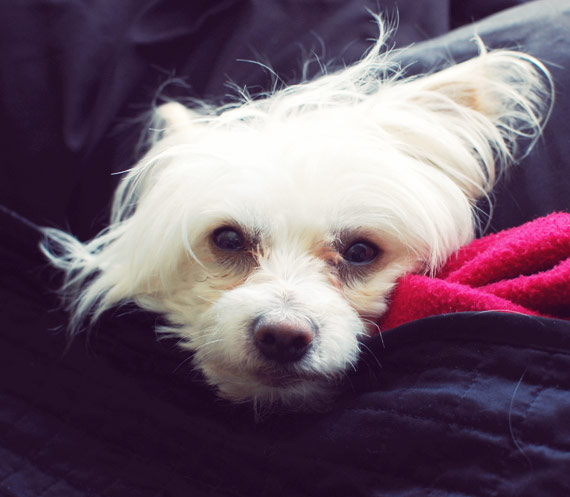 Joey was making the bed last weekend and Rocky wouldn’t budge…so he got all tucked in. Couldn’t stop laughing at that face staring back at me!

Have an awesome weekend, cuties! 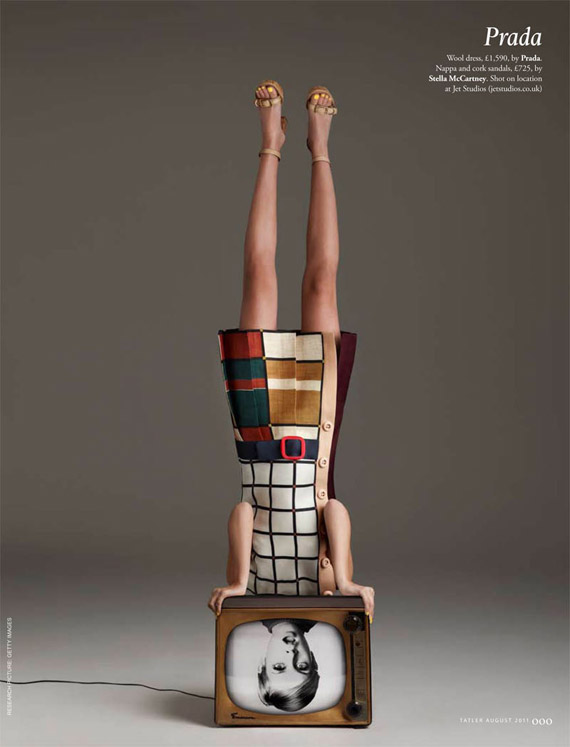 â€¢Â It’s only natural that my favorite post on the Flickr blog is L is for Llama. Way too good!

â€¢Â Don’t Fear The Internet is a new site that teaches the basics of HTML and CSS for non-web designers.

â€¢Â The hottest baby names of 2011 is pretty entertaining.

â€¢Â A photo of the 1896 Olympic Marathon features three men on a dirt road in what appears to be street clothes. Amazing!

â€¢Â So, what the hell are we supposed to put on Google+?

â€¢Â A hilarious look back at the Columbia House Music Club, a staple of our teenage years. We all tried it thinking we could outsmart the system and ended up owing. I have Columbia to thank for sending us Antichrist Superstar back in 1997.

â€¢Â When should you stop writing for free?

â€¢Â Have you had your turning point yet?

â€¢Â A quick look inside the Portland branch of Wieden + Kennedy.

â€¢Â Nickelodeon seems to think that the 90s are already nostalgic. The channel is launching Teen Nick which will feature reruns of its classic 90s series. 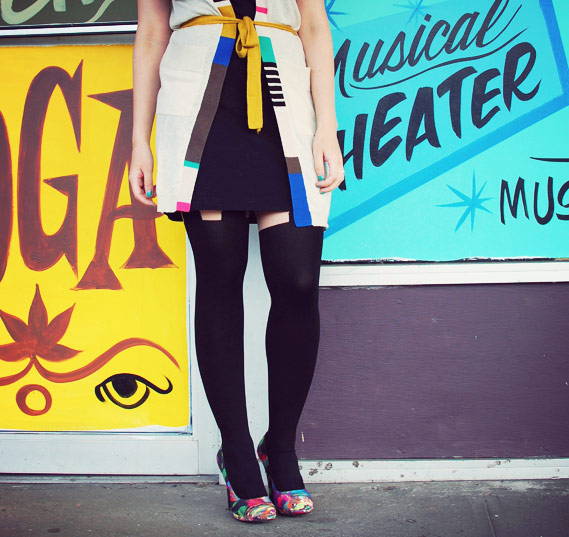 Monochrome looks are my default choice. After all, when getting dressed in the morning, half of the time I’m too tired to put any look together that contains multiple colors of the rainbow. But, it might come as a surprise that about half of my closet is comprised of color. Though I usually try to be a little more controlled when pairing colors, it’s easy to get more daring when they’re anchored with a basic black dress and tights.

When my friend Kristin sent me this nÃ¼mph cardigan, I knew it was a perfect match for my silk Dries van Noten heels (which were a lucky score at Halo a few years back at a whopping 80% off). I don’t get to wear these as often as I’d like because it rains so much in Portland and rain + silk = disastrous. 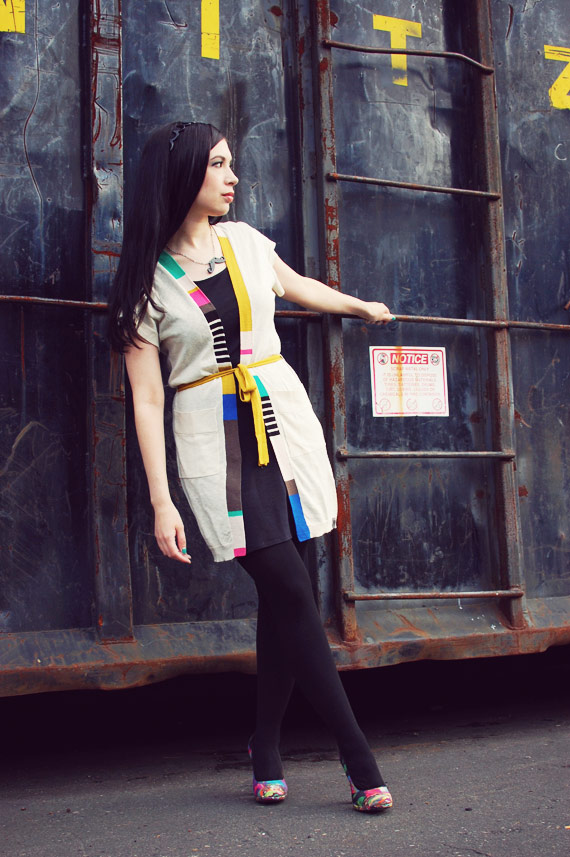 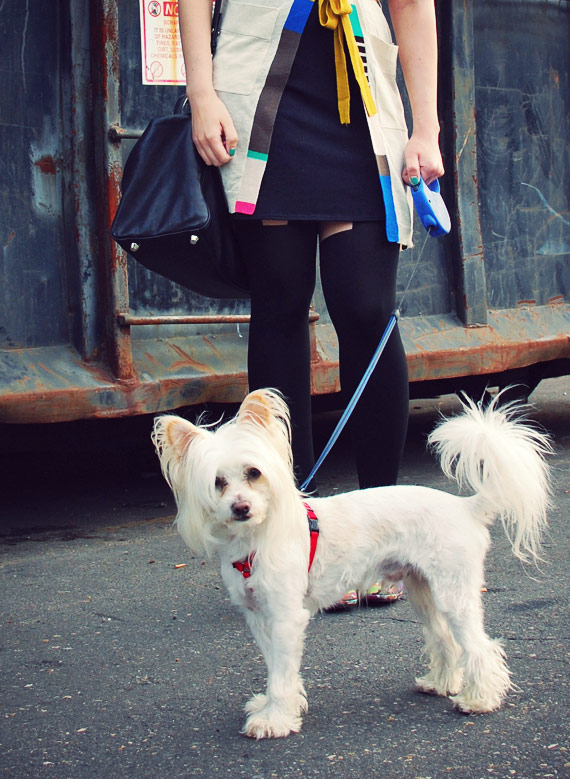 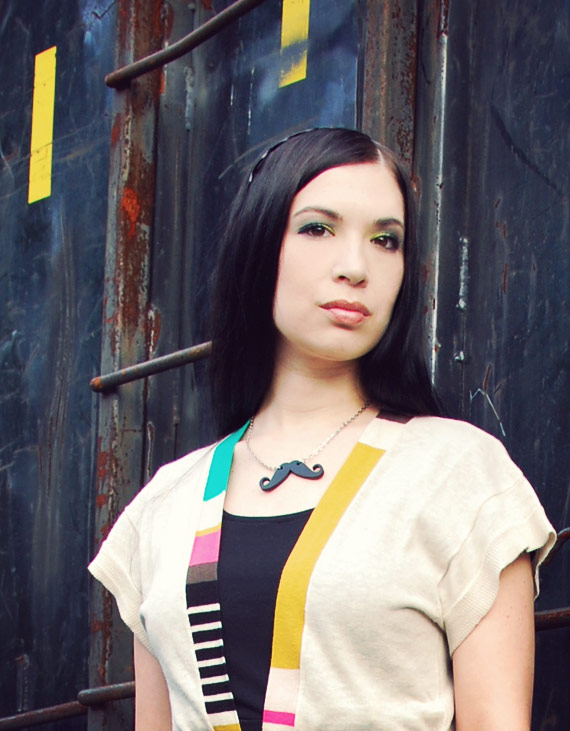 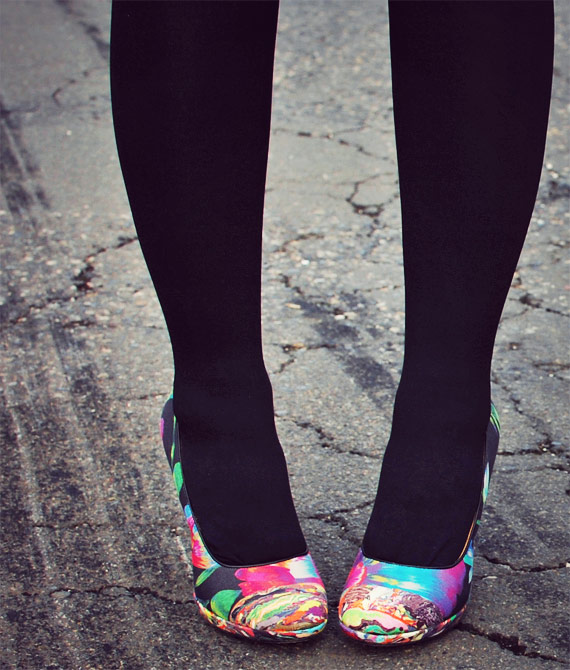 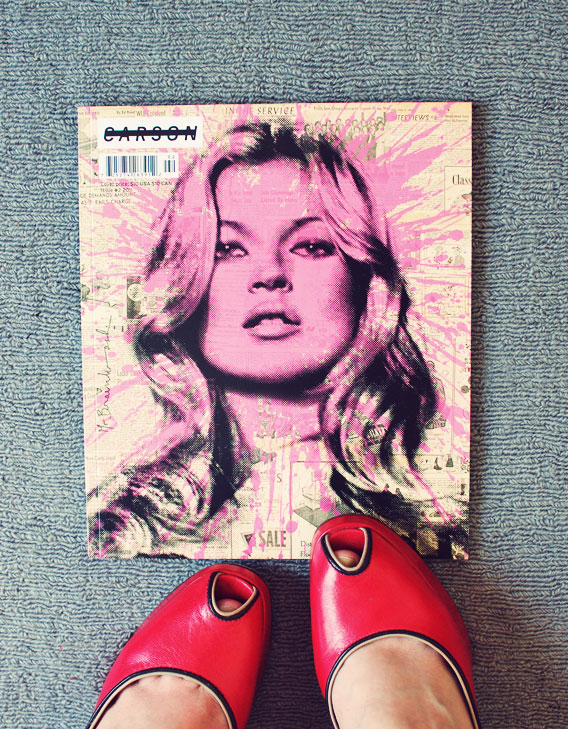 When the second issue of CARSON magazine arrived on my doorstep last week, I had assumed that the crossed out title on its cover was just another one of David Carson’s tongue-in-cheek graphic jokes. But, there’s more than meets the eye: CARSON has just been rechristened as Untitled.

Why the magazine shifted from CARSON to Untitled between the first and second issues is unknown to me. Nevertheless, the magazine (published by Carson Media) isn’t lacking in humor: its masthead lists an In-House DJ / Spiritual Correspondent, War Correspondent and an Inspirational Fitness Guru. Surely, this is the staff that a magazine of the future requires to stay alert and focused.

On the subject of focus, this issue revolves around the concept of fame. Untitled goes way beyond the surface of “I want to be famous!” and digs into its very existence, creating a guide of sorts for both fame monsters and the genuinely curious. And no, you don’t have to be a movie star. Featured subjects within its pages range from Noam Chomsky to Paris Hilton and Shepard Fairey to the aforementioned Fitness Guru. Famous psychics and everything in-between cover its 100+ pages.

Just in case the concept of achieving notoriety is still a little fuzzy, Untitled provides a nifty chart titled Train to FAME. Whether you want to be a famous cook or criminal, the path before you becomes quite clear. 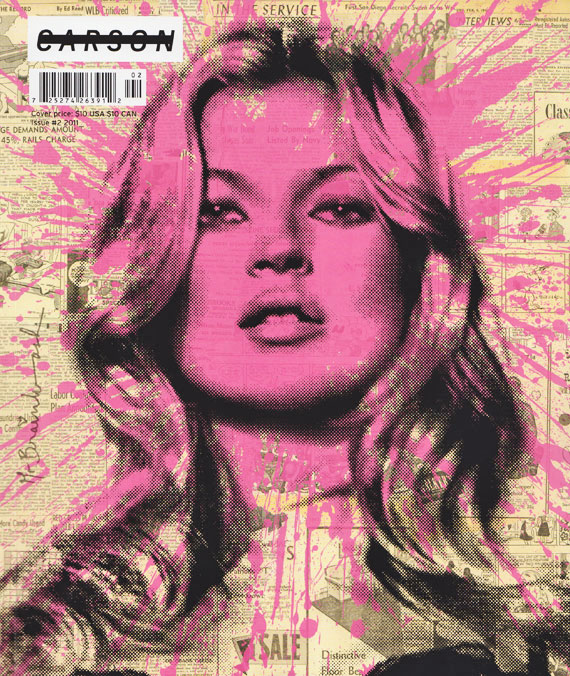 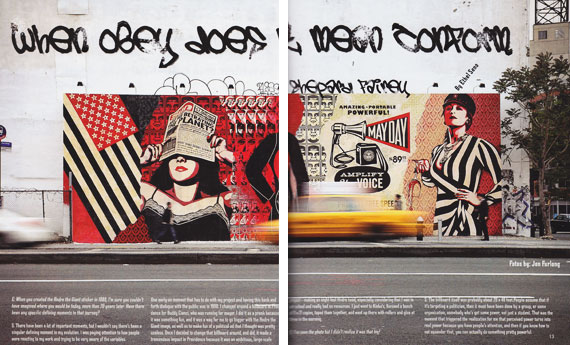 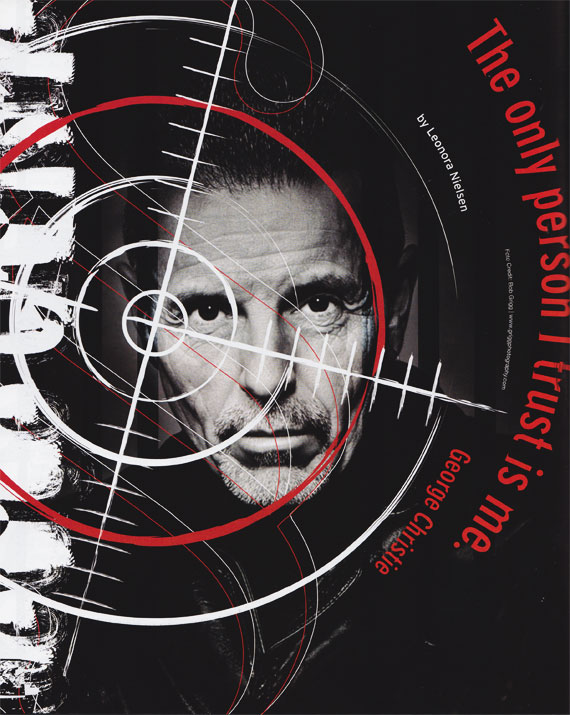 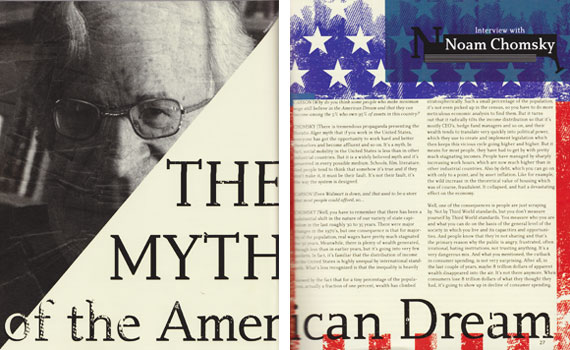 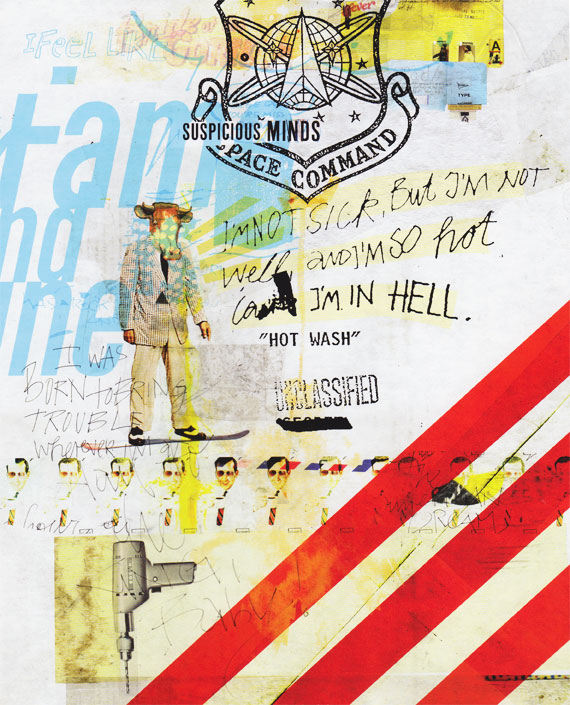 As abstract as the concept of fame can be, Untitled does its best to cover the bases. While most magazines have set columns and tried-and-true content that they run in a consistent format, Untitled throws that out the window and instead creates themed issues (the first revolved around survival). It’s a bold move that immerses and educates the reader around one specific area. Are you ready for something new? 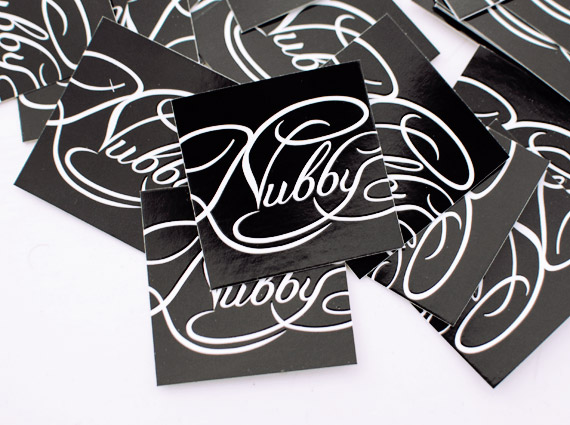 I just ordered some new vinyl stickers featuring my logo. I will mainly be using these to seal packages and letters. I also plan to hand these out in conjunction with business cards. Since these stickers don’t feature my website, they are more for looks and less for getting the word out; the much more flamboyant Mouth With Pill stickers have that area covered. I have a few more personal projects in the works, mostly consisting of the list below. Slow but steady progress! 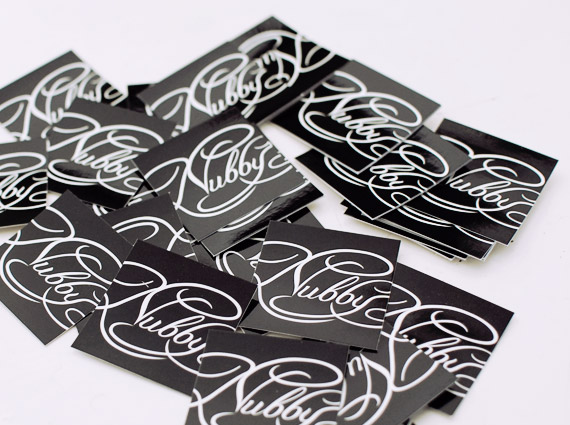 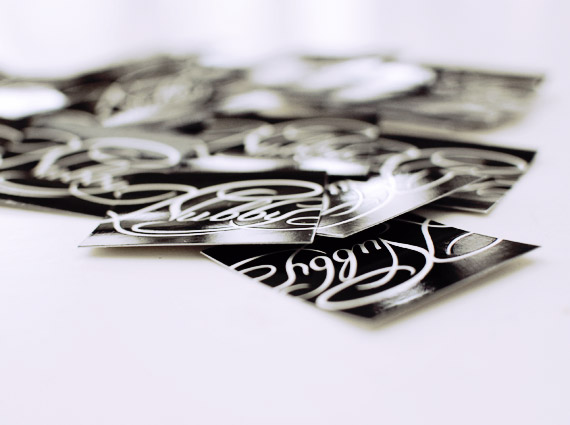 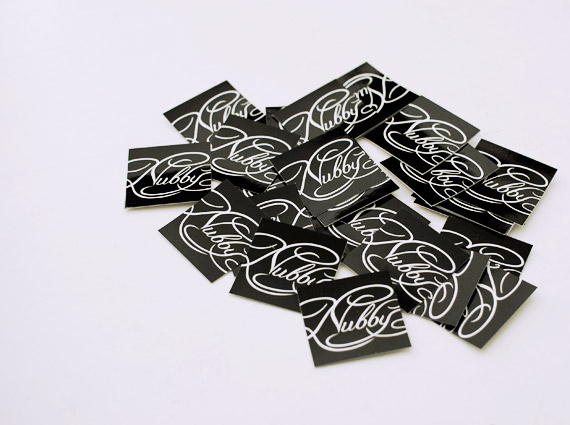