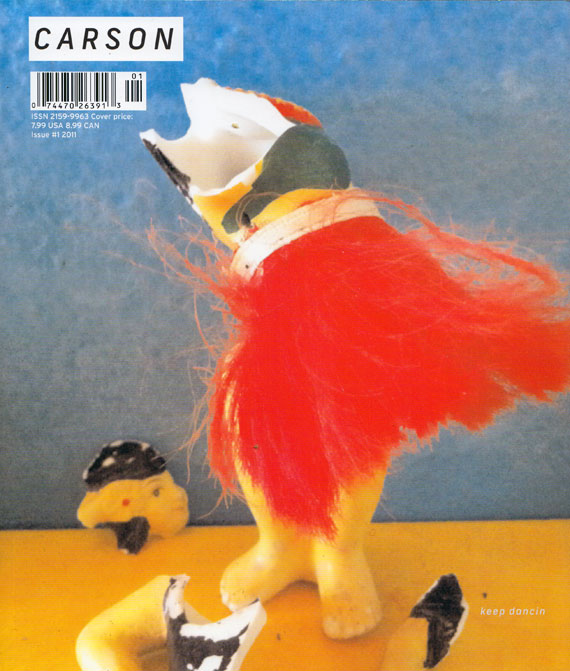 CARSON is a new bi-monthly magazine by, you guessed it, David Carson. To date, he’s won over 170 awards for his work and it’s no surprise, considering how groundbreaking his design was considered in the 90s. I can still remember seeing issues of the magazine he art directed at the time, Ray Gun (1992 – 1995) on newsstands. And, even though I didn’t fully understand what graphic design was back in those days, the page layouts really struck a chord with me. It was the first time I’d seen a magazine that didn’t follow the typical rules of margins, filling pages top to bottom with type. Instead, the type seemed to have a mind of its own â€”Â going off the pages, through images and layering over itself, line after line. Of course this creativity with the layouts made the articles nearly impossible to read at times (Hey, I was really into that interview! Where did the rest of it go?!)â€¦.but they sure looked cool. 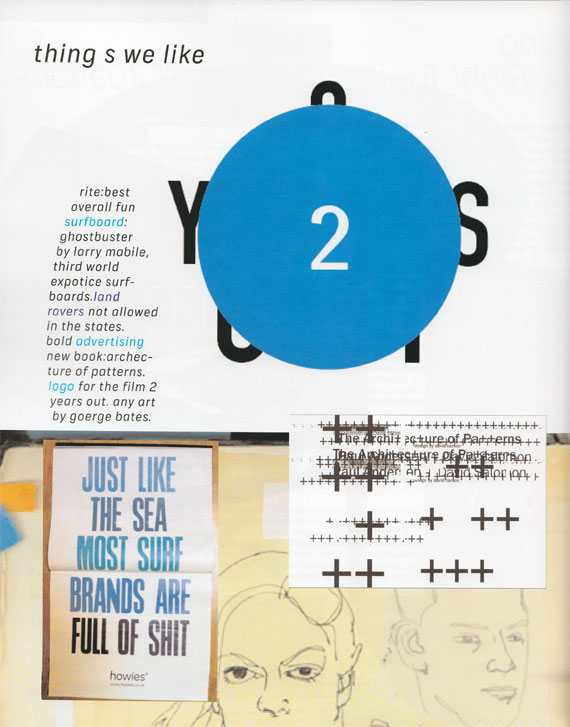 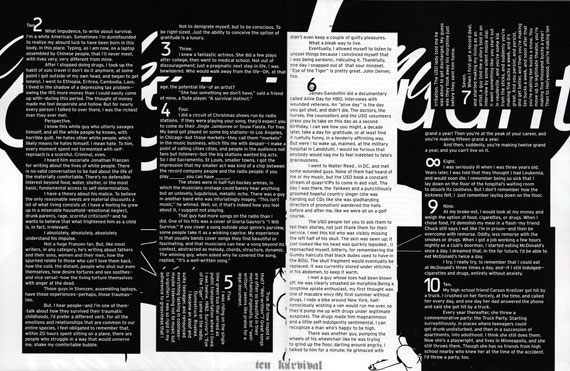 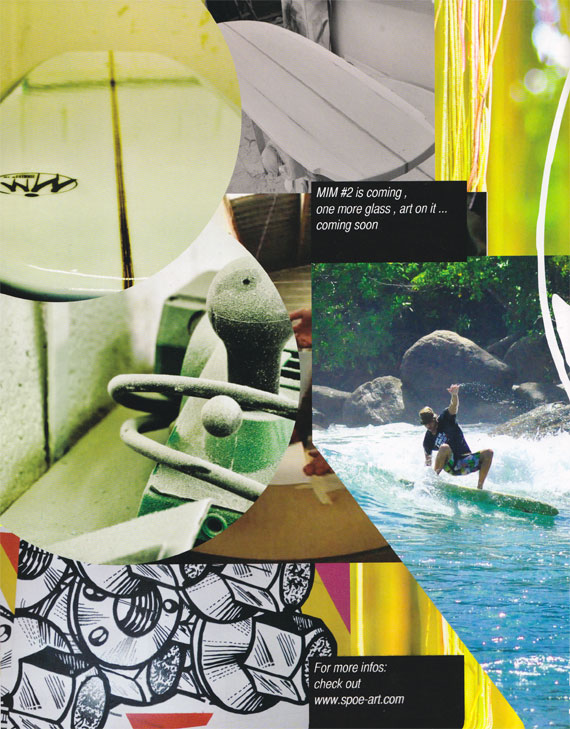 First working as a high school teacher and then art directing skate and surf magazines throughout the 1980s in California, Carson’s style became increasingly recognized and by the 90s he was doing work with everyone from Pepsi, Levi’s, MTV, Nike, Kodak, NBC and Armani, just to name a few. Take a quick scan through David’s website and much of his work, or at the very least, his distinctive style will be immediately recognizable. As Wikipedia says, “Carson’s work is familiar among the generation that grew up with Ray Gun Magazine, and in general, the visually savvy MTV generation. He took photography and type and manipulated and twisted them together and on some level confusing the message but in reality he was drawing the eyes of the viewer deeper within the composition itself.” 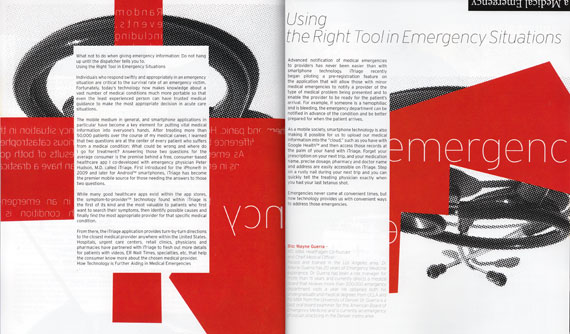 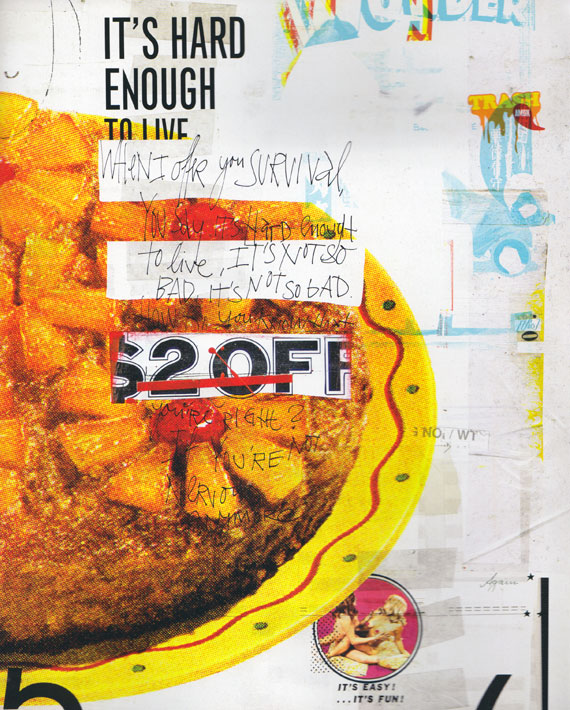 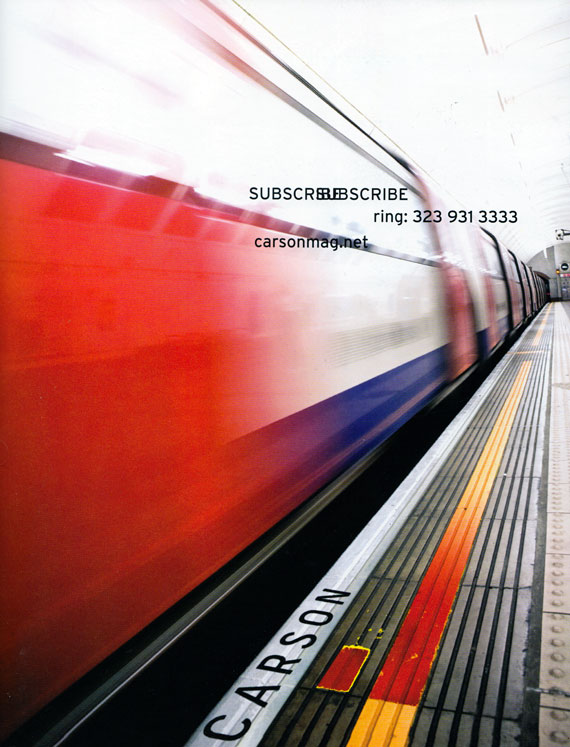 But, back to CARSON. Overall, I’m going to go out on a limb and say that although the magazine has all the recognizable ‘Carson-isms’ woven throughout its pages, the content is much more readable. This is the premier issue so perhaps he’s easing us in slowly. While Ray Gun was focused on music and lifestyle, CARSON seems much larger in scope, though this first issue is built around the concept of survival. In the introductory ‘Letter From The Editor’ page, EIC Alex Storch explains that, “What you hold in your hands will take you to a place where rules are forgotten, ideas burn sparks long past when the lights close down for the night, and the car nearly leaves the road each time it takes a high-speed turn. It’s quite a journey, and you definitely won’t be coming back as you went in. It’s all about SURVIVAL.” I can’t wait to see what future issues entail and how this editorial journey unfolds.

* If you’d like to receive CARSON, subscription details are here. A huge thank you goes out to Alex Storch for allowing me to review the premier issue.