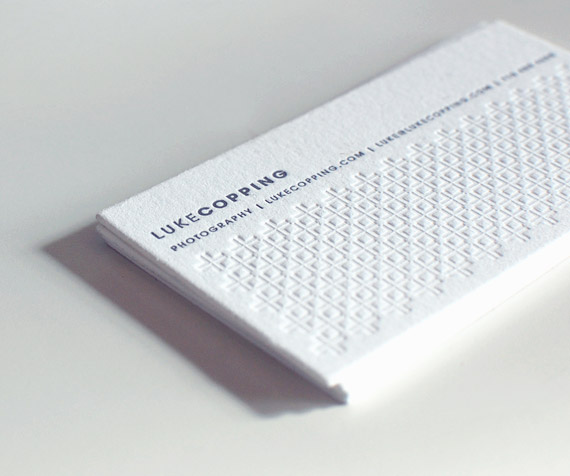 Luke Copping was one of the first photographers I ever worked with and we’ve continued to team up on various branding projects ever since. Luke already had business cards featuring the identity I designed for him but he came to me in early 2011 wanting something fresh. Luke’s branding has had over a year to set in so I wanted to push it further, in a more symbolic direction. In a way, I wanted to leave a hint of mystery, inviting recipients to search out more about Luke (instead of just having one of his photos printed on the reverse side of the card).

I am totally enamored with debossing and letterpress in general so I was excited to test out some ideas with Luke. The design process went really quickly and we’d agreed upon the final design in just two rounds. Luke decided to use Taste of Ink and I was not only impressed with the ease of file setup but also the quality of the printing and card stock. 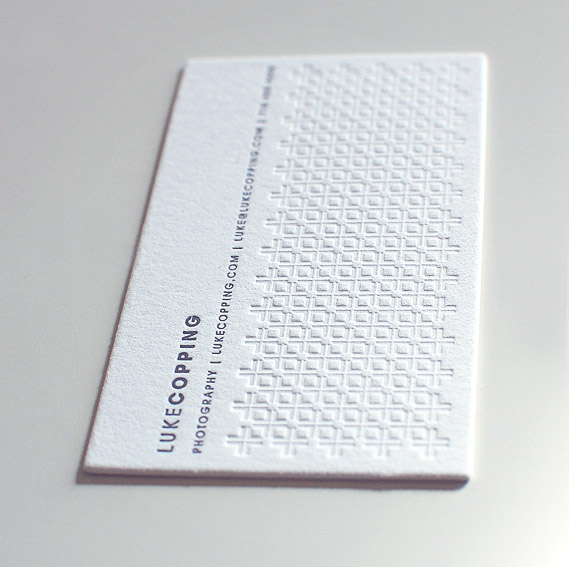 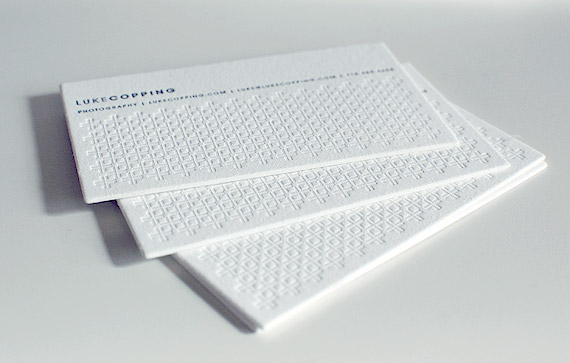 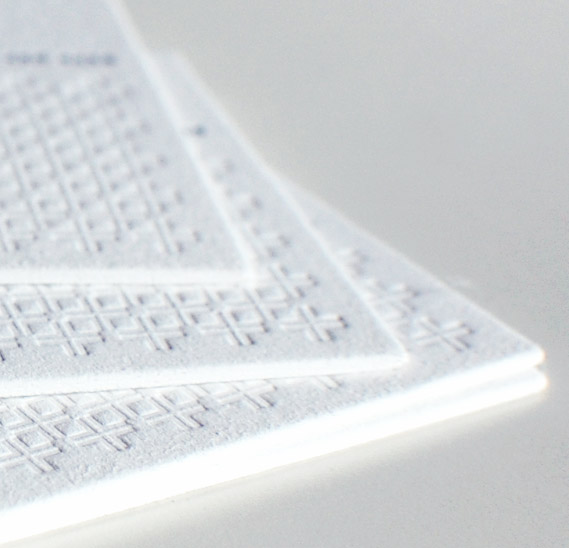 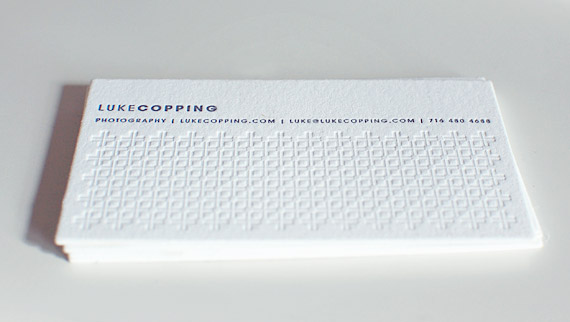 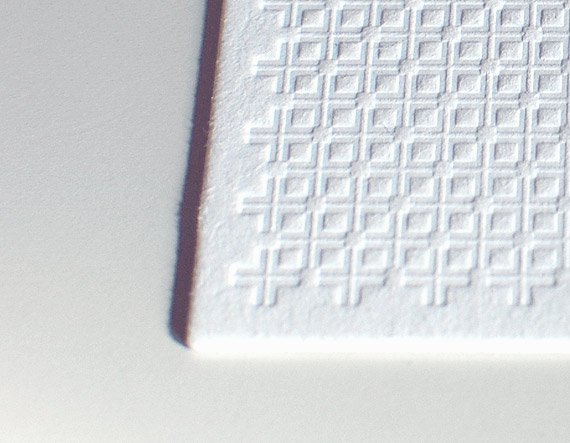 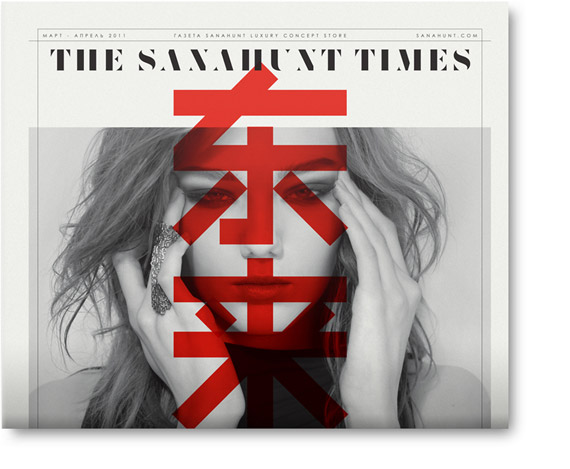 One of my favorite design studios is Non-Format. Their work manages to always be sleek, slick and of-the-moment without feeling overly trendy. As I was perusing their recent work, I came across The Sanahunt TImes, a fashion newspaper for a luxury concept store in Ukraine. This is an interesting exercise in type â€”Â even though I can’t read most of it, an elegant yet edgy mood immediately comes across. Beautiful! 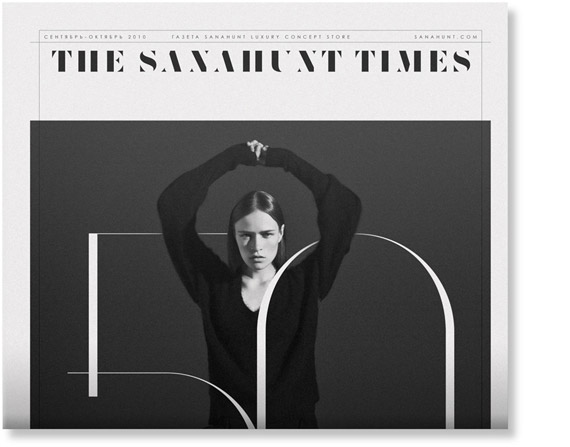 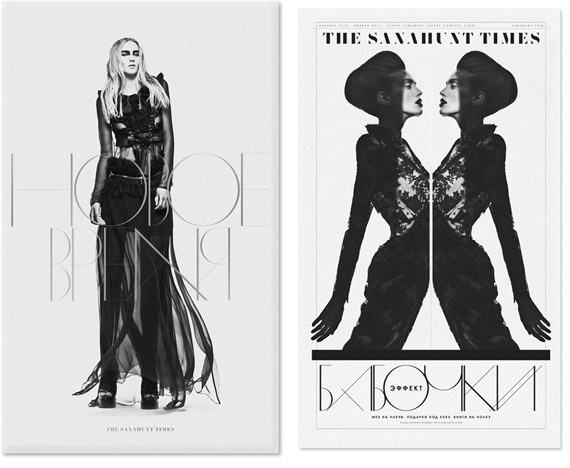 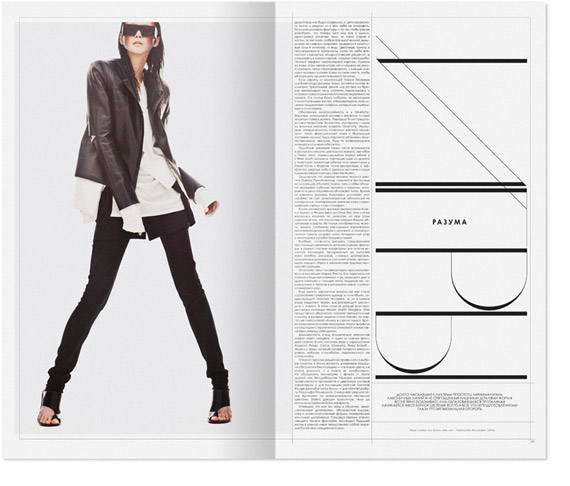 View more Sanahunt on the Non-Format site. Believe me, I was tempted to post every single image!