Ah, Parisian fashion. Admired from afar, constantly imitated in American Fashion magazines and revered for its understated elegance. How do they do it?

Parisians strike me as being quite sensible.

Their wardrobes are much more edited than their American counterparts with color schemes mostly limited to black and gray. Every day basics are of very high quality. If you want to fit in while in Paris, basic clothing that can be easily layered in dark colors, a great coat and nice quality, walkable shoes will serve you well. The French mastered the art of the basic long ago. When thinking of Paris-appropriate clothing, an equation should come to mind: well-styled + sensible = smart. And, a bright colored scarf in a fun pattern or solid color like red will add some visual interest to any dark ensemble. 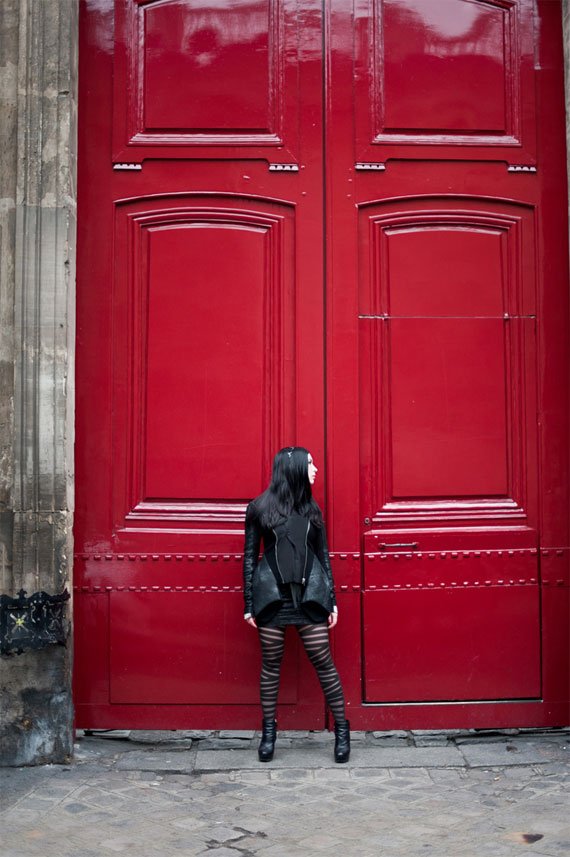 My initial interpretation of French fashion…unfortunately, I had hit fast-forward and arrived a little too far into the future. Photo by Juliane Berry.

What I admire most about the French is that they are very well put together but never overdone. Americans have a tendency feel that more is more when it comes to getting dressed and pile on a little too much of everything â€”Â I am sure they come across as gaudy to the sleek and refined Parisians. 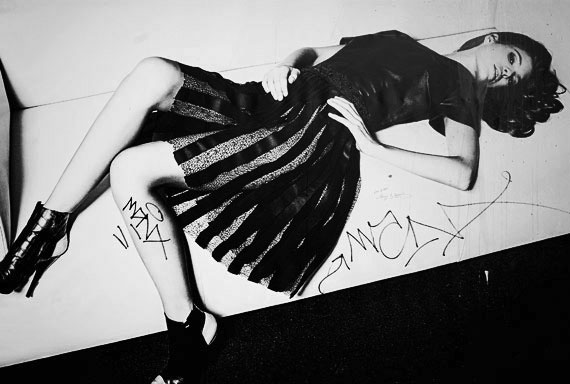 Since it was my first time visiting Paris, I had arrived with the preconceived notion that people would be swathed in very avant garde, futuristic fashions straight off the Rick Owens runway. I had visions of my Fall / Winter Style Direction, Parisian Cyborg coming to life right before my eyes. Once I’d spent a full day in the city though, it became quite apparent that the reality was much different â€” I think I’d been absorbed in too many French fashion editorials, wrapped up in a big ol’ fantasy world. You see, most of the French are much too practical for such nonsense â€”Â they don’t sashay down the street in the equivalent of a costume!

I, on the other hand, ended up walking around town in what might have been more appropriate for Parisian daily wear in perhaps 2050. Though I got some stares, everyone was still polite. Even though the French tend to dress to blend in, I think they still secretly appreciate the element of surprise. 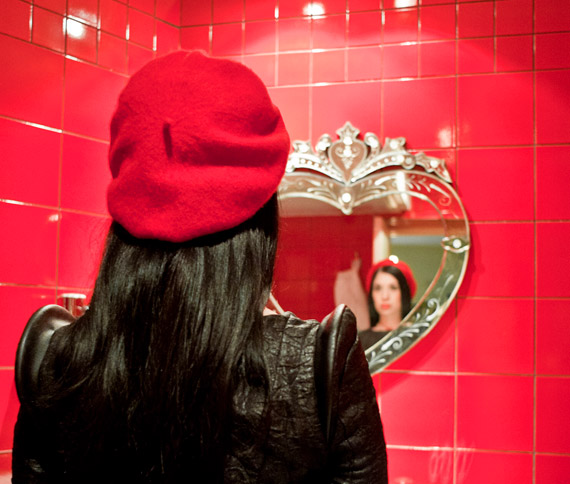 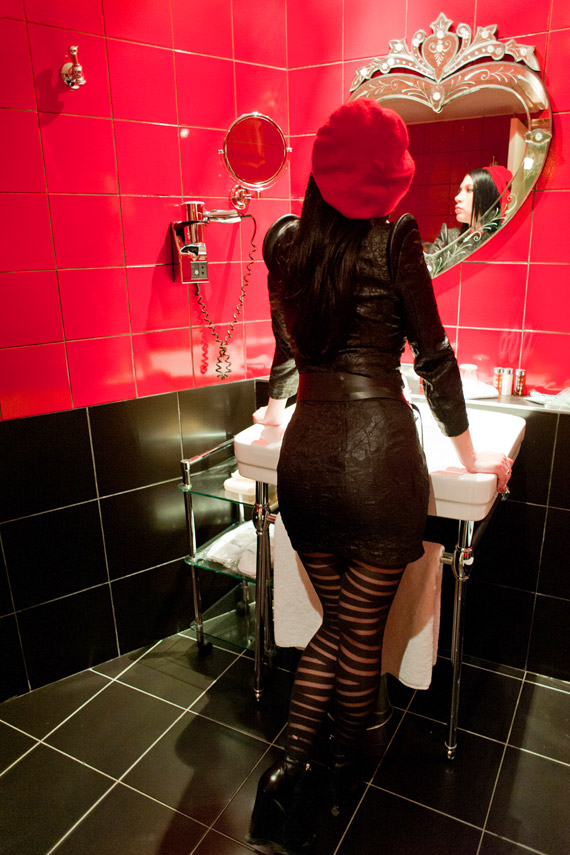 This outfit may have been better suited for an 80s movie set in Paris. I’d become an instant caricature of Parisian fashion, thinking that a black dress + patterned legwear + a beret would equal the perfect daily outfit. I’d over-romanticized everything in my head, thanks once again to chic fashion magazines. At least I had a good time in the process! I was wearing an H&M dress, Zana Bayne 4-strap belt, red beret from Juliane, Wolford Bondage tights and Camilla Skovgaard wedges. 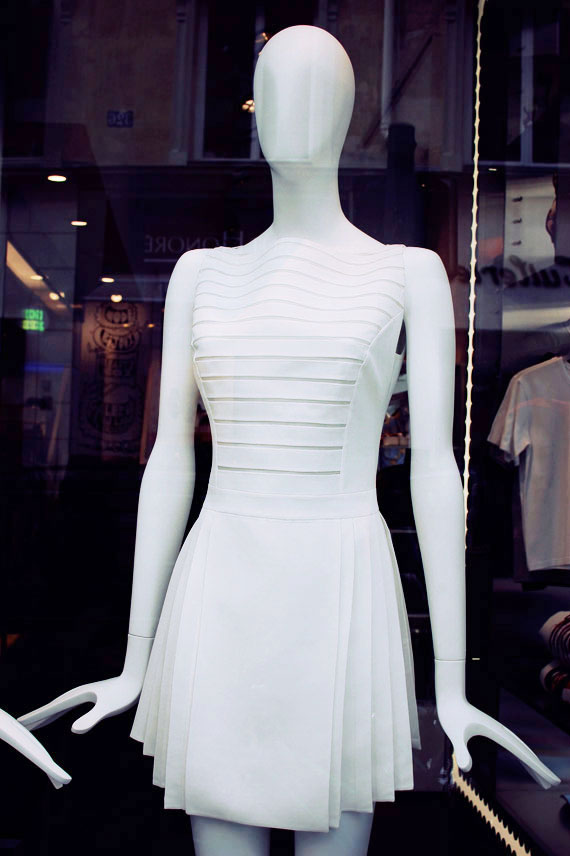 If you are on the hunt for cutting edge, avant garde fashion, Colette has some pretty stunning (and expensive) pieces. It feels more like a perfectly curated museum of modern gadgets and attire than a department store, though. The place was brimming with tourists and who could blame them? I fell in love with a selection of white dresses displayed in the front window, reminiscent of the 60s space age fashion of Courreges and Pierre Cardin. 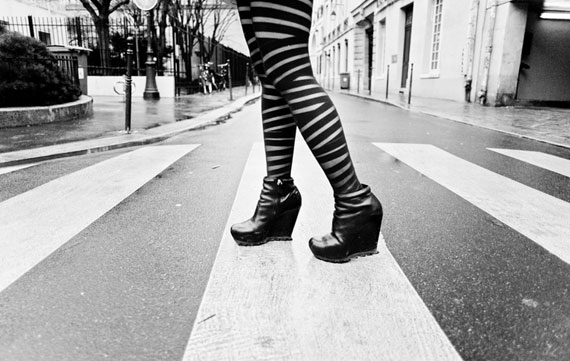 One of my favorite discoveries in Paris was that women appreciate a nice, short skirt paired with patterned leg wear. While strolling around town, I stumbled upon a huge number of shops specializing in just socks and tights. Much to my delight, Wolford boutiques were plentiful, dotted throughout the city.

Though French men and women do wear denim, it’s clean, hole-free and fits well. Baggy and wrinkle-laden jeans can stay bunched up in America’s closets, thank you. I also appreciated the fact that when we went out to dinner, there wasn’t t-shirt in sight. Men tend to wear button-ups or sweaters instead. What I realized is that it doesn’t take a lot of effort to look good!

When you look around the streets of Paris, what you quickly gather is that not every single person is wearing something amazing; nor are they wearing the latest ‘it’ item. Simply put, they just know how to get dressed and pull a look together from head-to-toe. They skip the fussiness, invest in the best quality possible and dress timelessly. 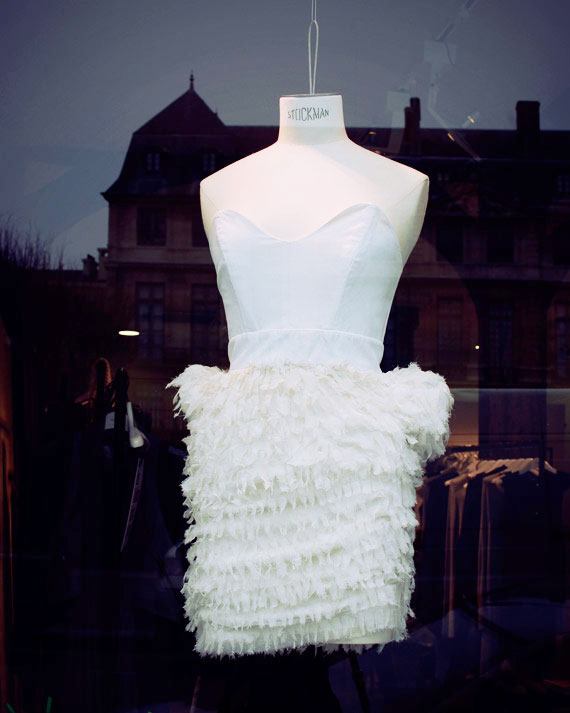 Nearly every boutique window throughout the city was beautifully curated. If I really was off to Paris to get married on a whim, this dress would have fit the bill. It was so nice and refreshing to not see chain store garbage cluttering every street corner! 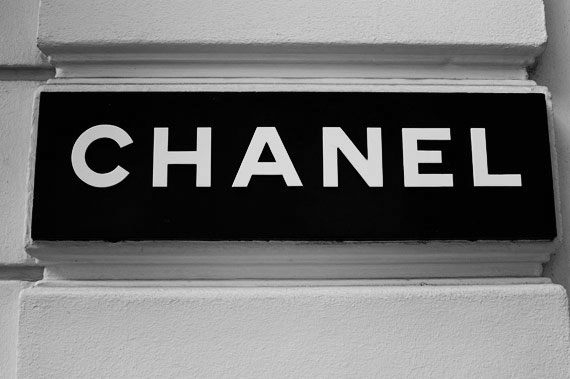 What is more chic, French and timeless than Chanel? When I think of Chanel, a black and white palette comes to mind along with classic cuts featuring a modern twist. 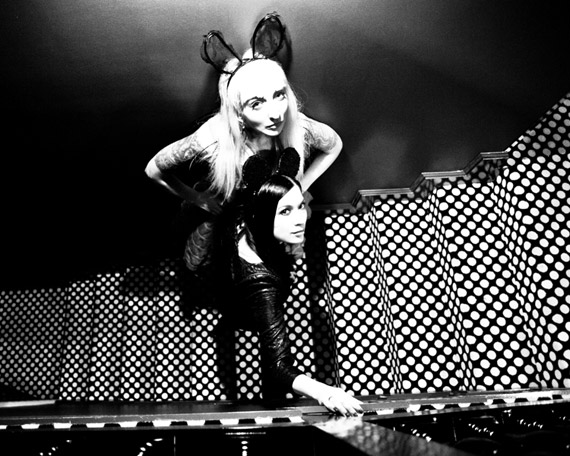 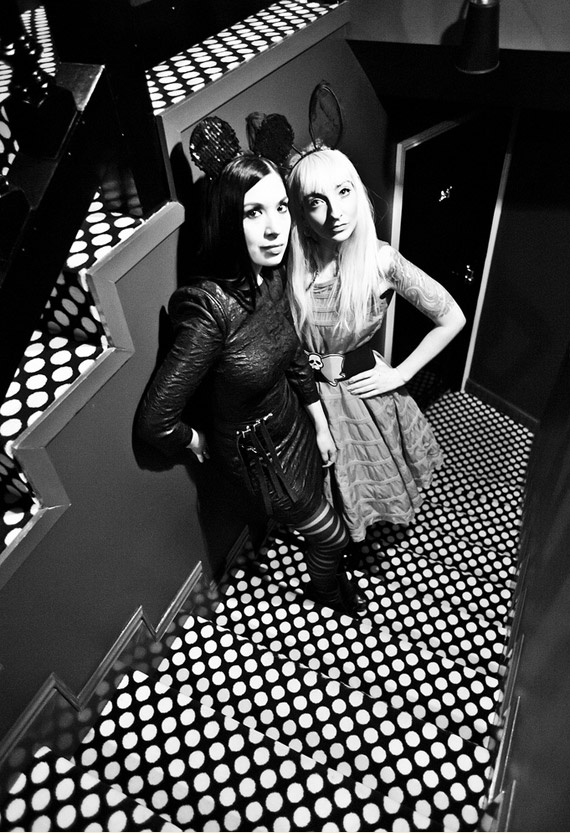 Gala and I pretty much play dress-up wherever we go and Paris was our playground. Our vision of what we’d felt was Parisian-worthy attire left us looking more like a girl pop duo from the 60s than anything else. The concierge at our hotel cracked bemused grins every time we walked out the door. They probably thought that we were nutsâ€¦just another influx of crazy Americans!

Parisian chic strikes me as fashionable yet understated. Both classic and timeless. They never look dated â€”Â their look is always in style. And isn’t that what makes the Parisian sense of style so alluring?