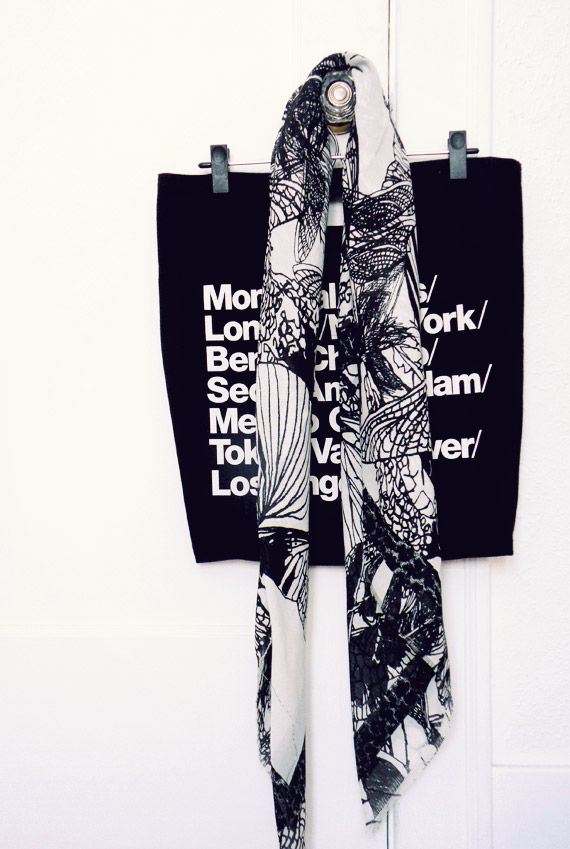 It’s still toasty outside but Fall is already on my mind. While on vacation in Los Angeles earlier this week, I found the most perfect scarf at H&M. Black and white with a graphic print, to me it has a very Marimekko feel. New accessories are a great way to freshen up a mostly monochromatic wardrobe. 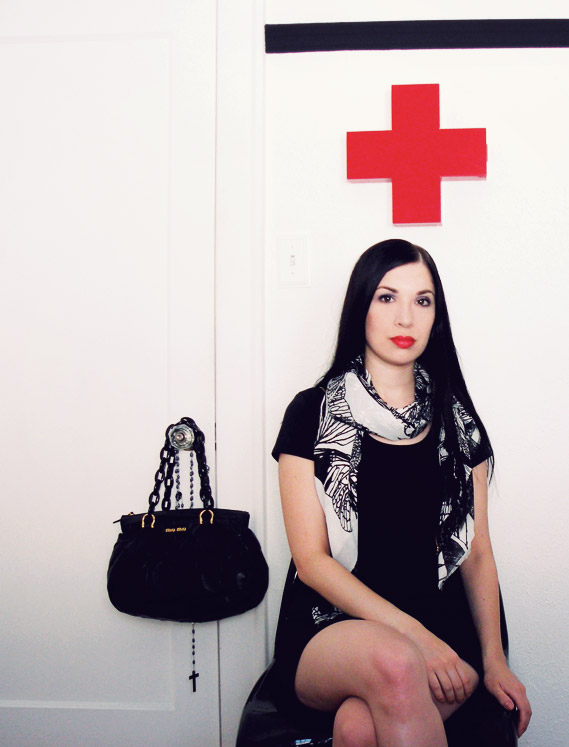 I can’t wait until the weather cools down and it’s time for layering once again. Bring on the tights, cardigans and scarves! 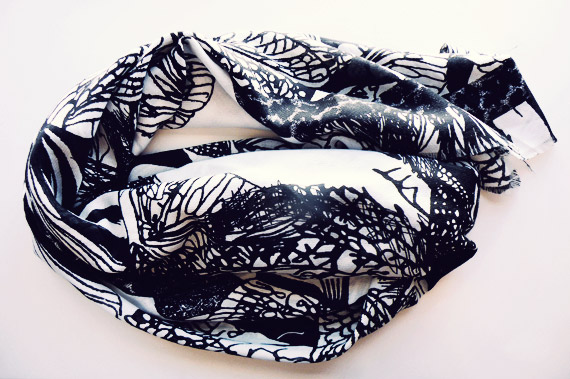 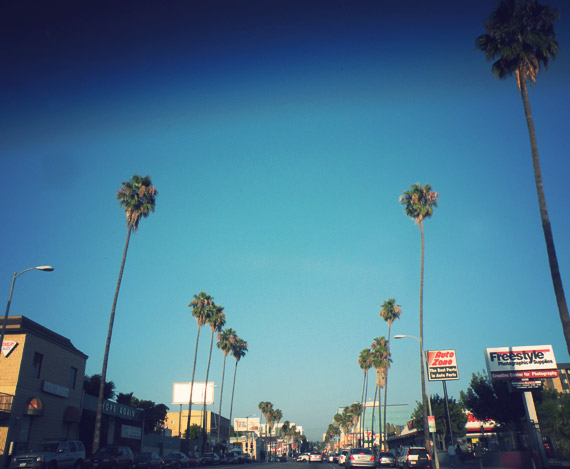 I have returned from LA and now it’s time for the update I’ve been promising. The only trouble is where to start. These weren’t any ordinary four days â€” they were so action packed to the brim that I feel like I am in dire need of a vacation from my vacation! Yesterday was my first full day back and the culture shock of West Hollywood vs. S.E. Portland totally did my head in. After an afternoon meeting, I spent a few hours sitting in bed in my black bedroom, perusing fashion magazines. I was pretty much useless.

When I begin recounting the trip, maybe you’ll understand why I was so exhausted…. 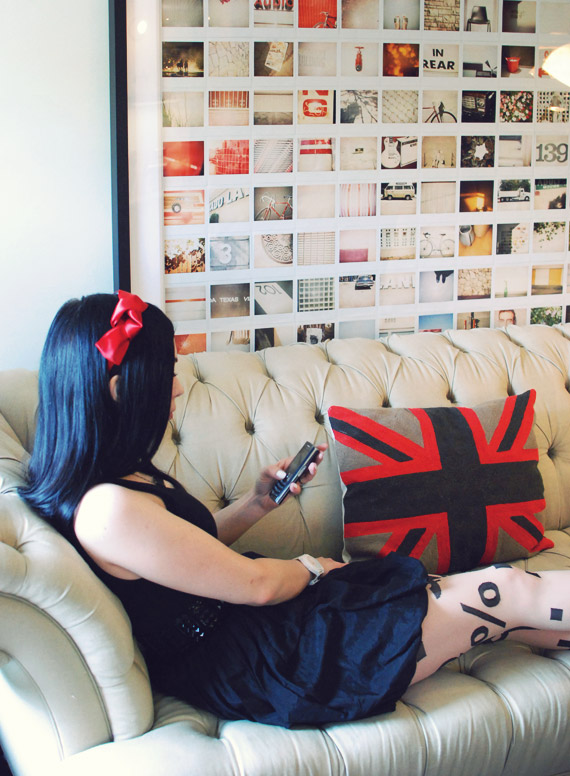 Lounging in our room at the Palihouse Holloway. Photo by Gala.

LA has always shown me a good time. During my second trip there in 2007, I had less than 24 hours in town. And, in that time, I jumped on a hotel bed with my brother (who knocked pieces of the ceiling loose), ended up in the back of Jeffree Star’s car speeding down Sunset Blvd., ran into Suge Knight at Pinkberry, went to a secret Courtney Love show where Paris Hilton proceeded to dance across from us…and then boarded the plane and came back home. Last year’s trip was pretty action-packed as well. It’s always a whirlwind adventure that never disappoints. 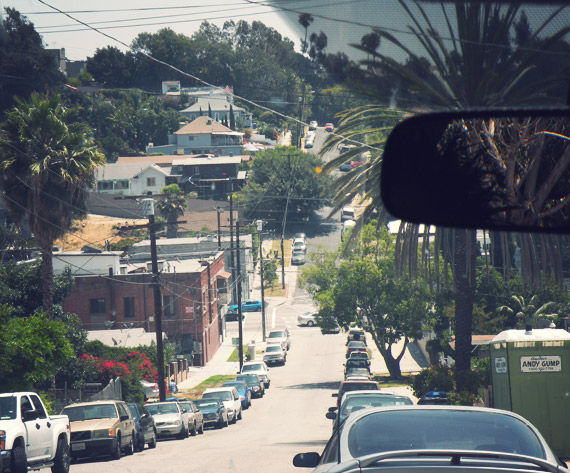 When I arrived at the magnificently sleek Palihouse Holloway in West Hollywood, I hadn’t seen one of my closest friends, Gala in nearly a year. So much had changed in our lives since then and I didn’t know what to expect. But the second she walked though the door, I swear that our Virgo Powersâ„¢ synched up and we were totally on the same wavelength. As she likes to say, “We both freak out over the same things & have the same travel agenda (Shop! Photos! Shop! Photos! Disney!).” So true. 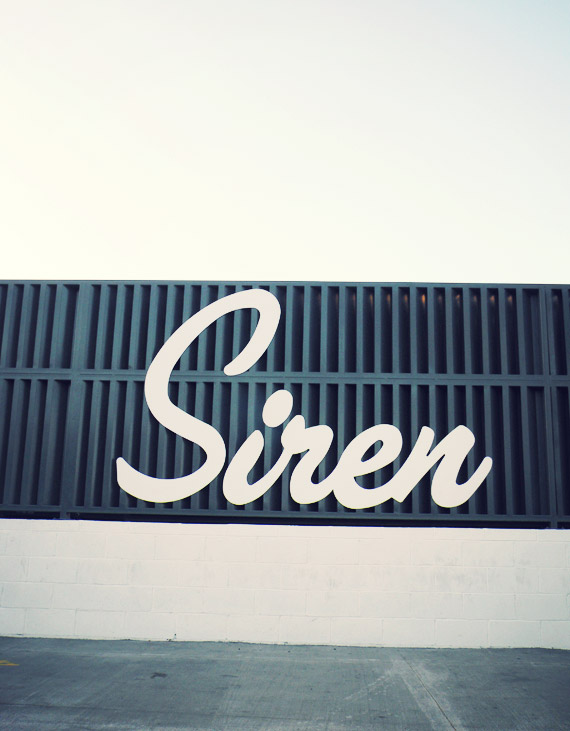 Kevin and Amy (love them so much!!!) joined us for our LA shenanigans and I am so glad that they did. I’ve known Amy (of Shrinkle and Sugarpill fame) for nearly 10 years and this was the first time we’d met in person! Our time together included faux accents, gluttonous food consumption and enough shopping to make mere mortals sick. And, we basically laughed nonstop for four days straight. 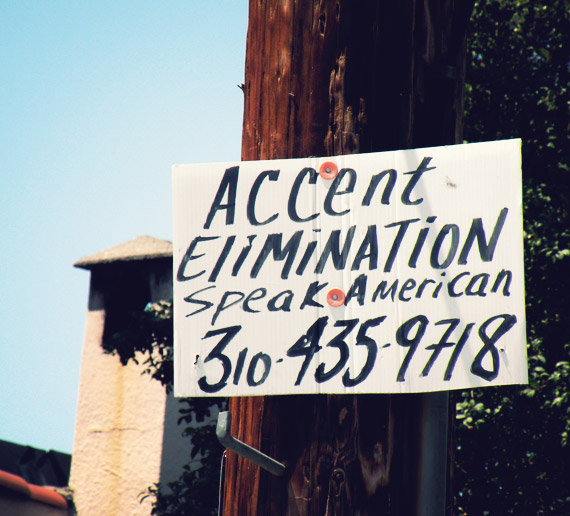 The last time I checked, ‘American’ wasn’t a language….

Being more of a New York girl at heart, I never expected to like LA. But it grows on you. It’s a magical metropolis encased in concrete and smog. Sure, you have to do a little digging but there’s so much fun to be had, especially when surrounded by great company. The only deterrent is the city sprawl â€”Â driving, in my opinion, is an absolute necessity (which is the total opposite of both New York and Portland).

There’s so much to cover so I’ll just start with our hotel, The Palihouse Holloway (visit the website â€” the photos really do speak for themselves). With less of a dry, cookie-cutter hotel feel and more of a luxurious lived-in apartment feel, the Palihouse is immediately inviting and has a sleek, modern European vibe. It’s not gilted and glitzy but rather exudes an understated elegance. Gala booked the Palihouse on a whim and it really was the perfect choice. In the past, we’ve stayed near the Walk of Fame and it was nice to be tucked away on the outskirts just a bit. 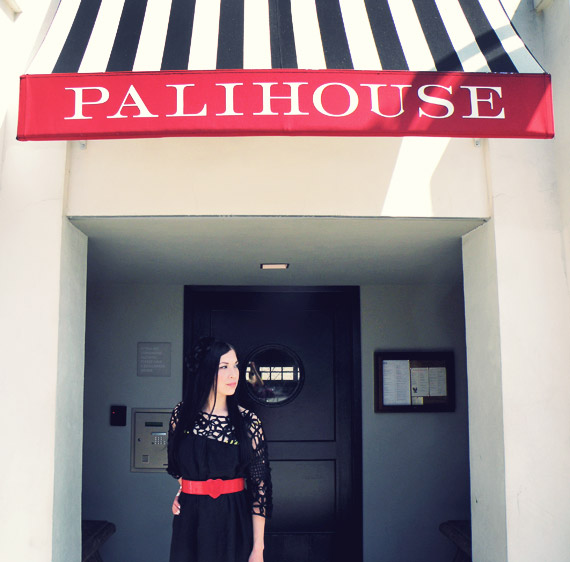 Some notable things about the Palihouse: All of the check-in staff at the front desk look like male models (how LA!). The wallpaper throughout the lobby and rooms is THE BEST. The carpet and many of the walls in the rooms are black. If you burn the luxurious candle provided in your room, you just cost yourself 50 clams. The beds are amazing â€” pretty much the best I have ever slept in. The glass-walled shower is very nice. Everyone seems to enjoy the room service. The corridor on the way to our room was strewn with empty plates. The toiletries supplied with the room are exquisite. While the overall vibe of the Palihouse during the day is quite low key and classy, beware of the over-tanned, fast talking, wanky crowd that frequents the restaurant on the weekend. While I loved nearly everything about the hotel and would stay again without a second thought, they are very touchy about people openly taking photos, even if they’re just vacation snapshots. Be warned! 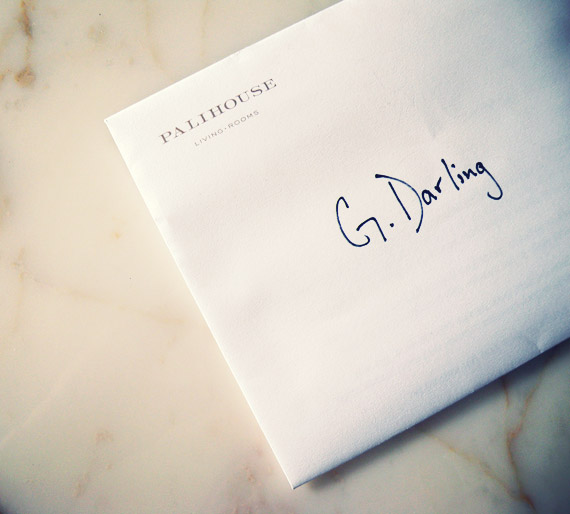 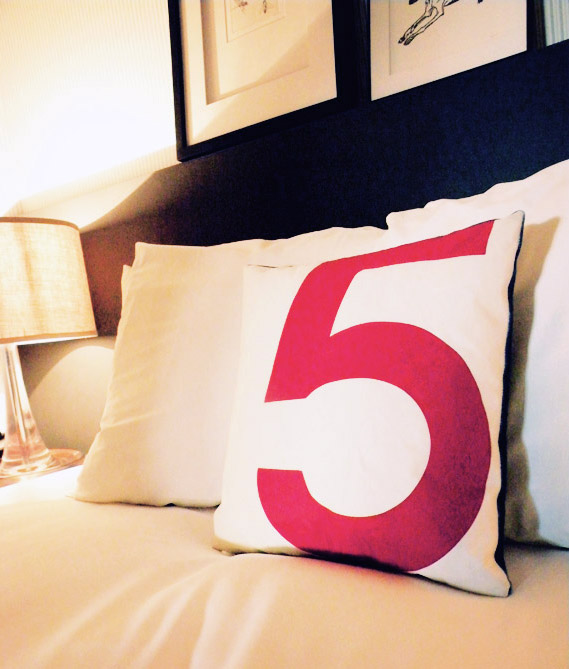 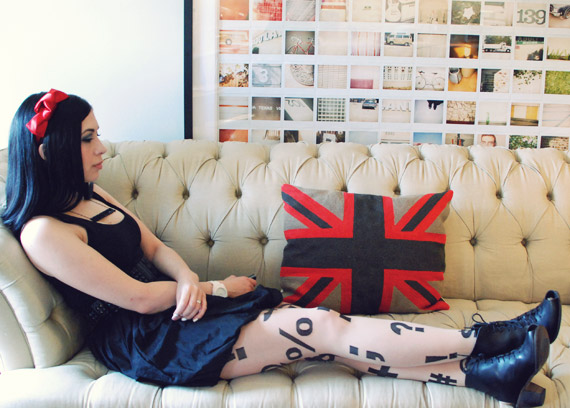 Welcome letter, our bed (check out that pillow!!!, and an awesome polaroid collage against the wall.

The first night we arrived, we all made dinner reservations and ate downstairs at the restaurant inside the Palihouse. We were famished and didn’t get filled up on the small portioned, exorbitantly priced meals. Live and learn! But, it was beautiful. 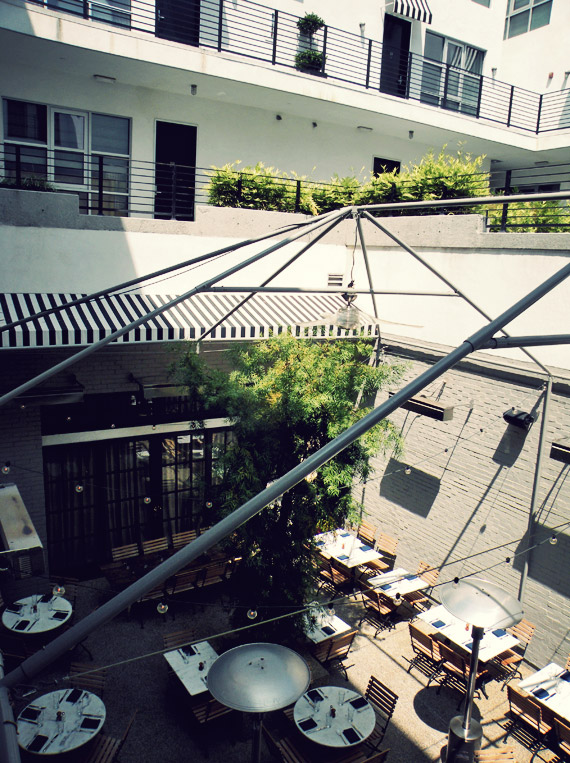 This was our view during the day from near our room looking down, over the restaurant area.

Gala and I are early birds (much to the disdain of our other friends â€”Â ahem, Shrinkle!!!). One of the things that Gala hadn’t yet done since relocating to the U.S. was to visit an IHOP. Conveniently enough, an IHOP resided directly across from our hotel (complete with valet parking). 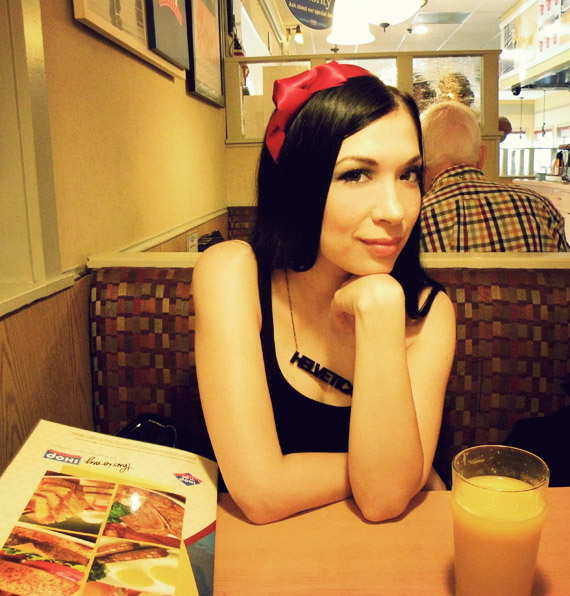 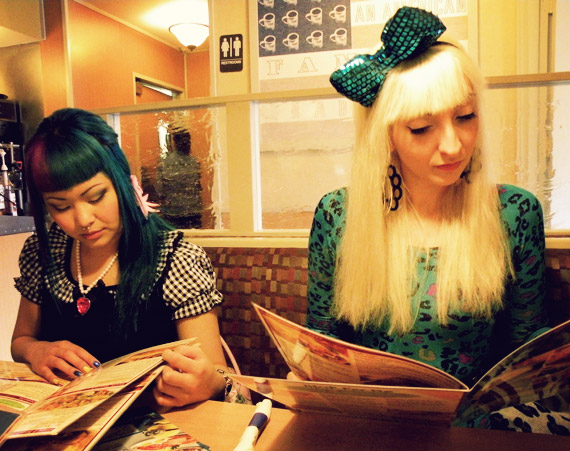 Gala wasted no time at all, ordering something that made my stomach turn â€” stuffed french toast with strawberry syrup?! It was all so overwhelmingly gross and, well, American. After that, we frequented a cute organic French cafÃ© for the rest of the week to make up for our sins. 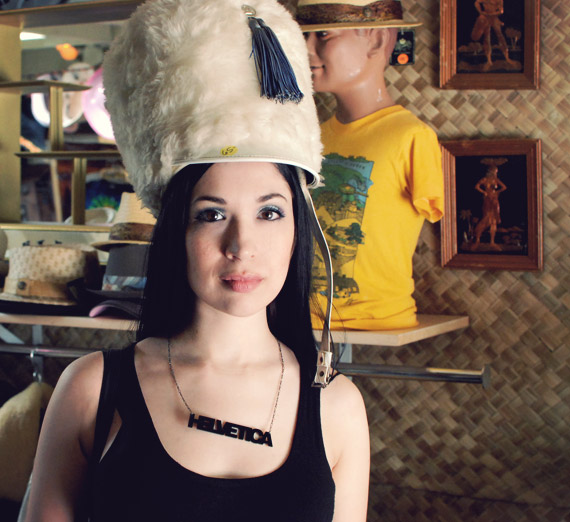 My friend Miss Mary Bee had been going on and on for ages about the vintage store she works at called Hidden Treasures and since Amy, Gala and I are all clothes fiends, we convinced Kevin to drive us up through the winding hills of Topanga Canyon. We were met with a crumbling victorian house decorated with skulls and pirates. The inside was complete madness â€”Â one room after another, filled with racks of Halloween costumes, lingerie and psychedelic confections. 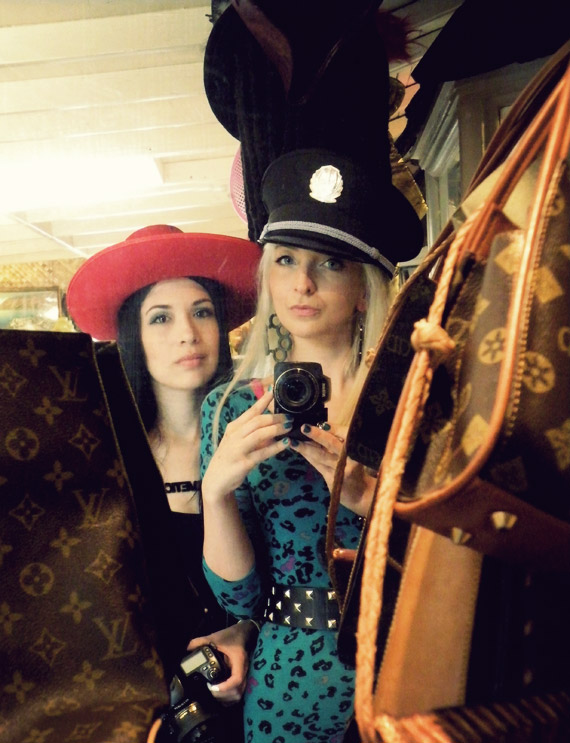 Trying on hats with Gala at Hidden treasures. Pilgrim and policewoman!

Every I’ve been in LA, there was never enough time to visit the beach. Mary Bee indulged me as we made our way from Hidden Treasures back to the city. 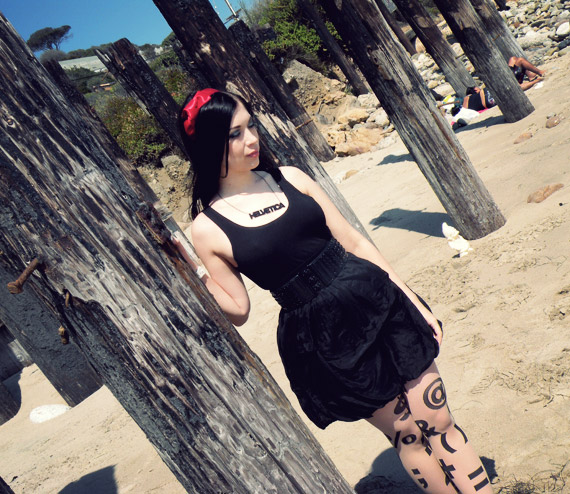 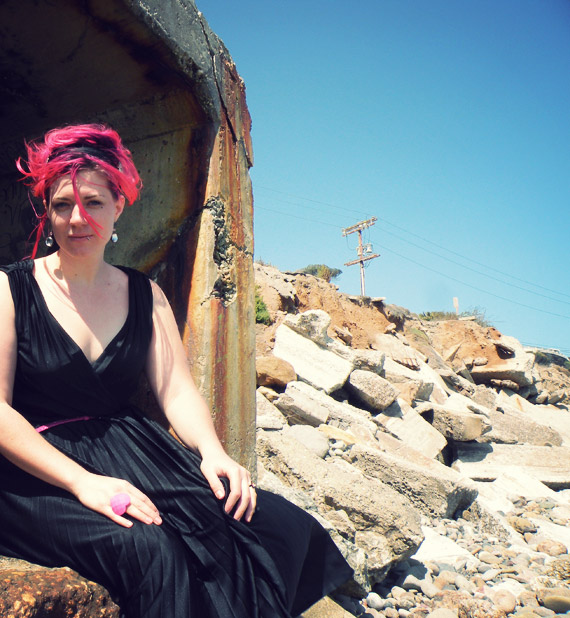 Hitting the beach with Mary Bee.

Mary and I had so much to catch up on. We’d only met once before and in those fateful 36 hours, we’d trekked across Portland and Seattle on a crazy road trip with a pink gnome. This time around things were a little bit more low key but still highly entertaining. 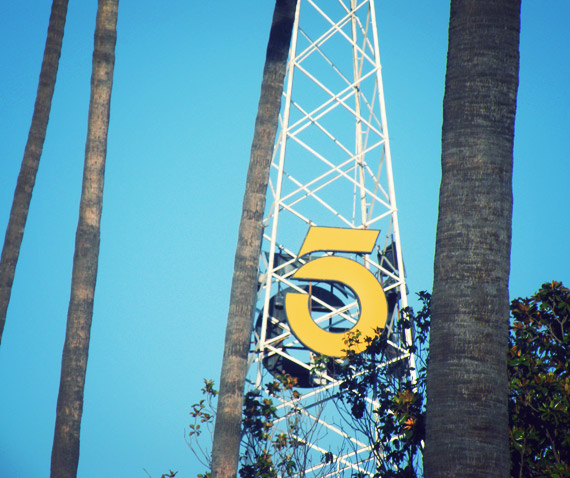 On our way to the Beverly Center (shopping mall), Her Royal Bee-nessâ„¢ made a beeline for a bakery. In true over-the-top fashion, she left me in the car (parked illegally) while she ran in procured the most amazing box of macaroons I’d ever seen. 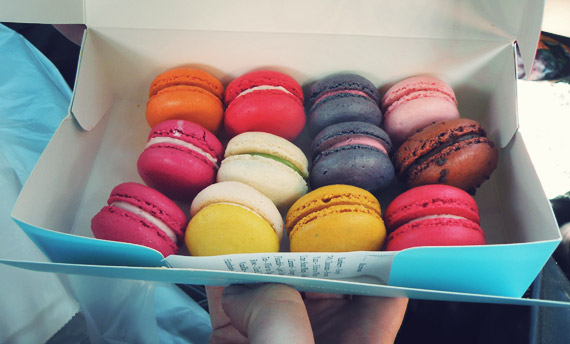 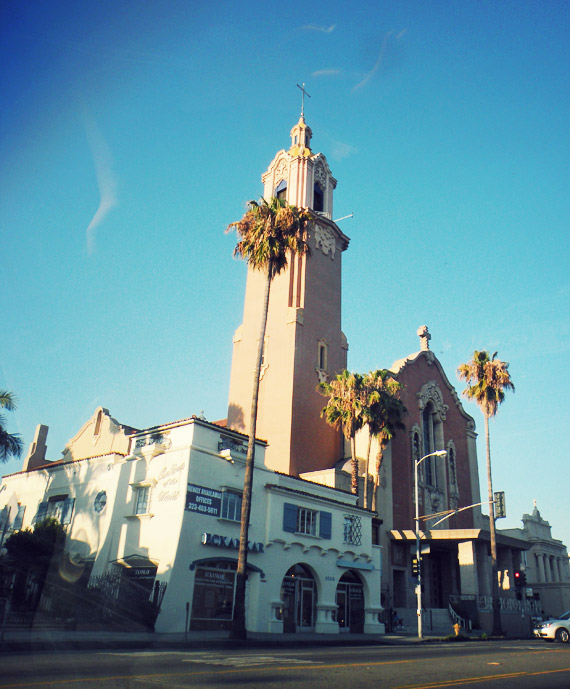 After some catch-up time, we brought our gnome family to dinner. 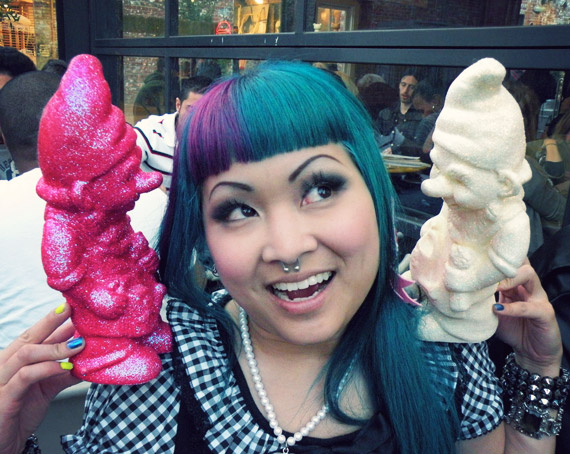 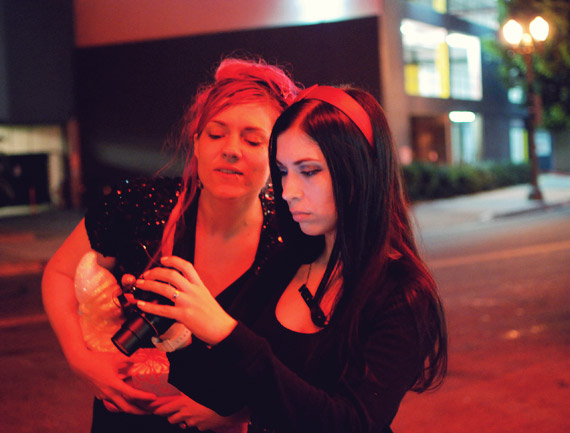 The waitress hated us. And, the gnomes loved Amy. I had so much fun that I didn’t want to leave Miss Bee.

After IHOP the day before, Gala and I made a pact: NEVER AGAIN. Instead, we decided to visit a cute French cafÃ© across the street from the Palihouse. The owner, a middle-aged French man, had the cutest accent ever and was telling us all about Queen Latifa’s visit a few days earlier. “I said to her, ‘You look like Queen Latifa.’ She said, “I am Queen Latifa!” She’s a big girl, you know.” Haha. I think I would have been content eating every meal there. 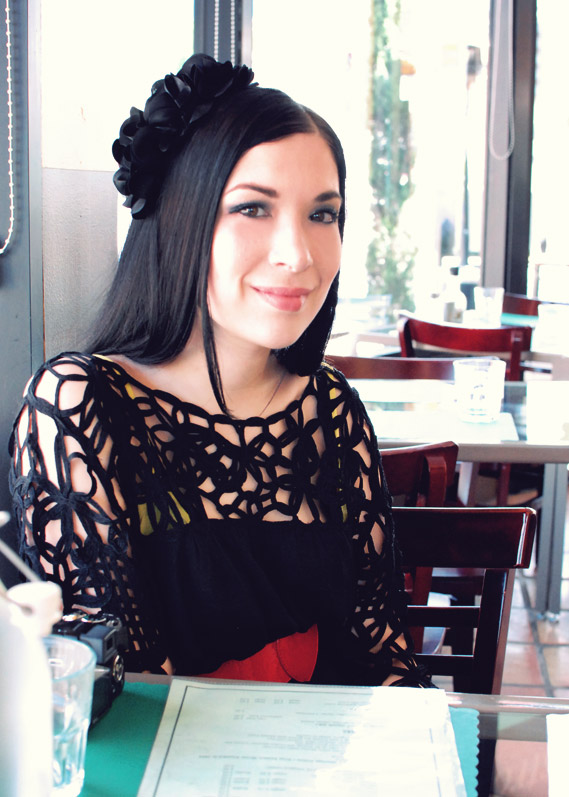 We spent the rest of the day (and night) at Disney with Zoetica, Amy, Kevin, Danielle and Joel. But that’s another post in itself. Coming soon, promise!

The next afternoon, we stopped by Milk for lunch. You HAVE to look at their website. Homemade ice cream bars! Milkshakes! Amazing sandwiches! Cool logo! This place did not disappoint. 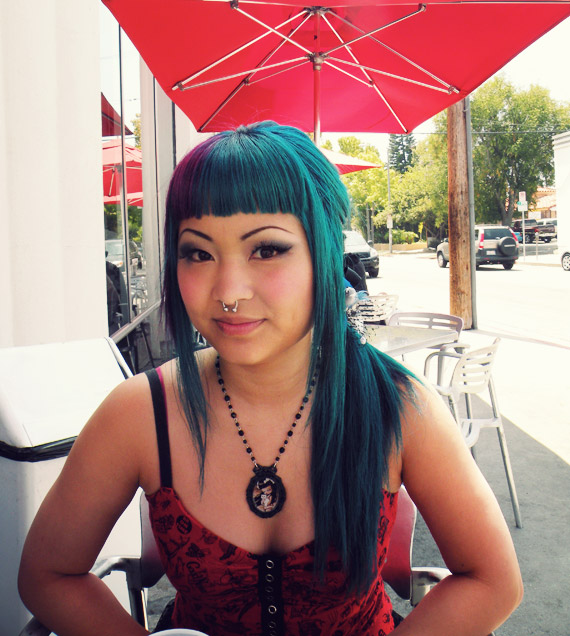 The rest of the day was a blur. Melrose. So many shops. Tarina Tarantino. Watching the girls tear through Agent Provocateur on a mad shopping spree. Vintage stores galore. 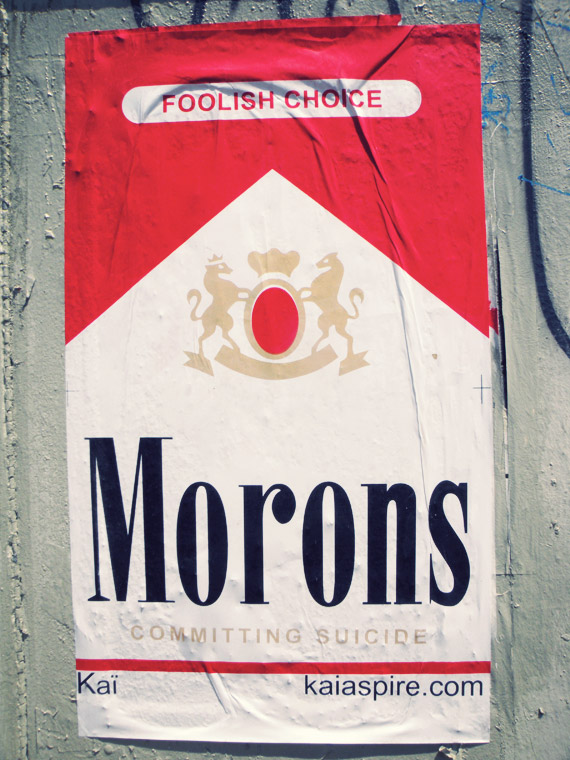 Our day wasn’t complete without a stop at Maxfield where Gala and I proceeded to caress 80% of the stock and guess the prices. She noted that our conversations went something like this: â€œHow much do you think this jacket is?â€ â€œHmm, $10,000?â€ â€œ$10,250â€¦ God, youâ€™re good.”

Then, we went back to the Beverly Center with Amy for even more shopping. By the time Gala and I got back to our hotel room, we had so much….stuff. And, in true sacrilege, we began using an Agent Provocateur shopping bag for our garbage. 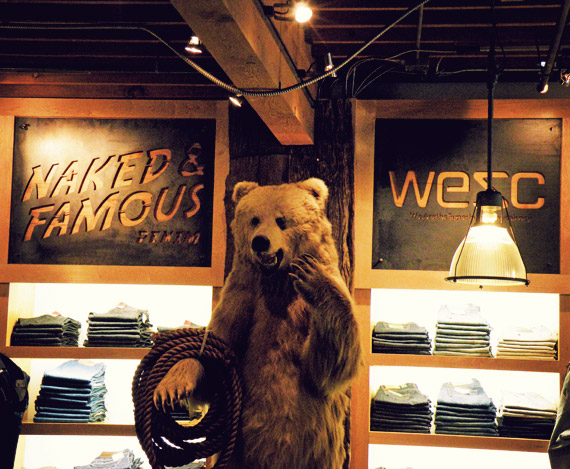 The view inside American Rag (?) reminded me of home (and my brother).

What a day. The next morning, as Gala was leaving, we said our goodbyes but luckily this time, we won’t be separated for long. I’ll be in New York in a few weeks, picking back up where we left off. 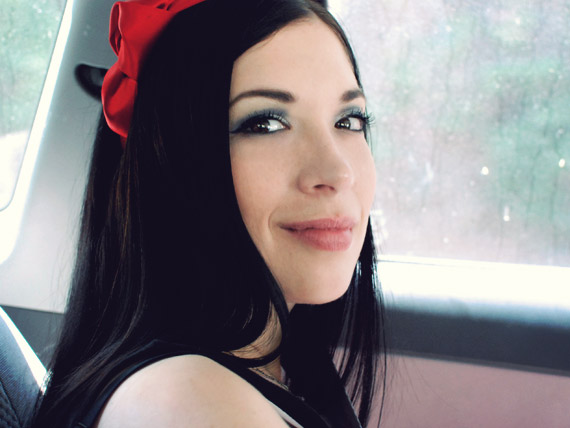 Thanks LA for treating us so well. Good food, great friends, Disney adventures and a comfortable place to call home for a few days. What more could I ask for?