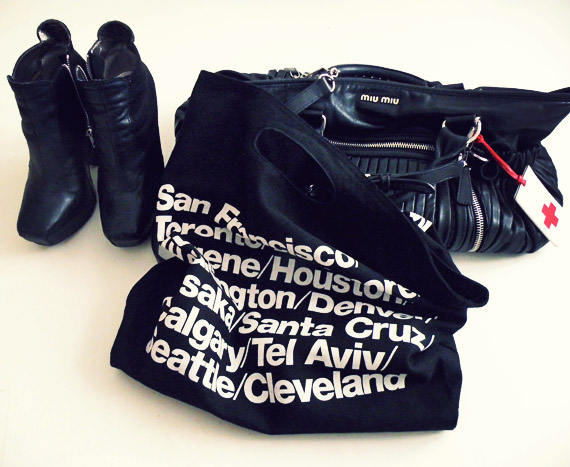 The daily essentials include my gargantuan Miu Miu bag, an American Apparel cities bag to hold my laptop and a pair of miscellaneous black boots. 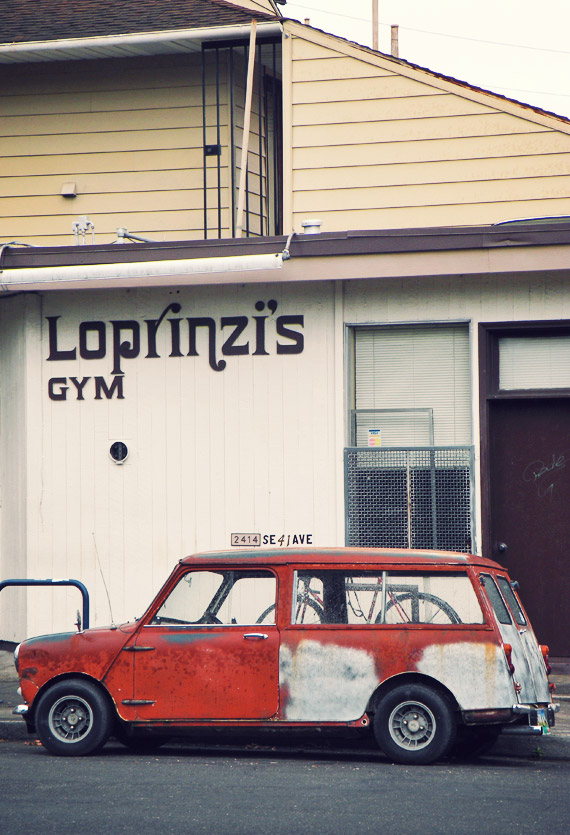 Sometimes surroundings are so perfectly orchestrated that you swear that you must be on a movie set. This car and 40s era gym just go together. 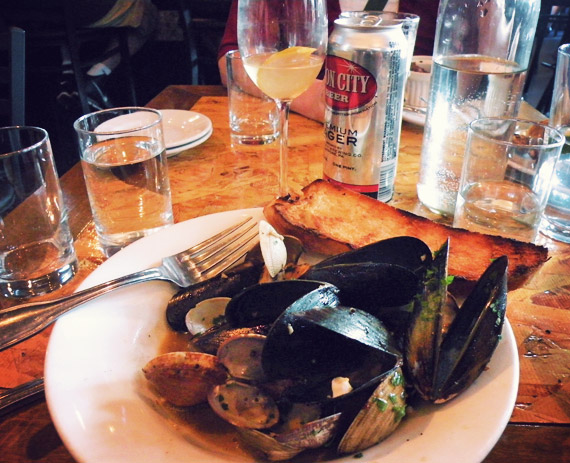 Joey’s closing party for his art show was super fun….and this was my view for most of the night. Good friends, bubbly drinks and clams! 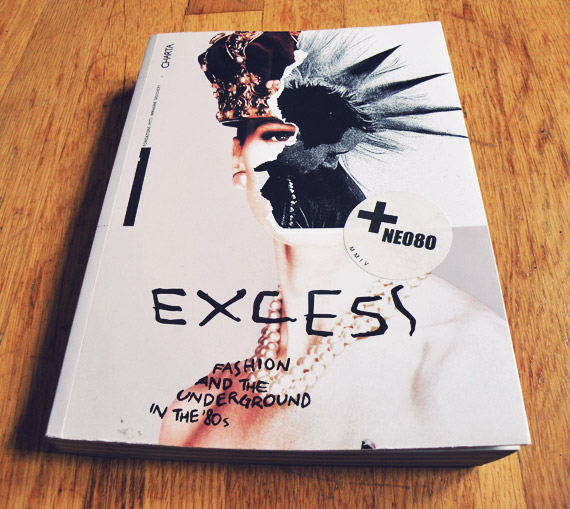 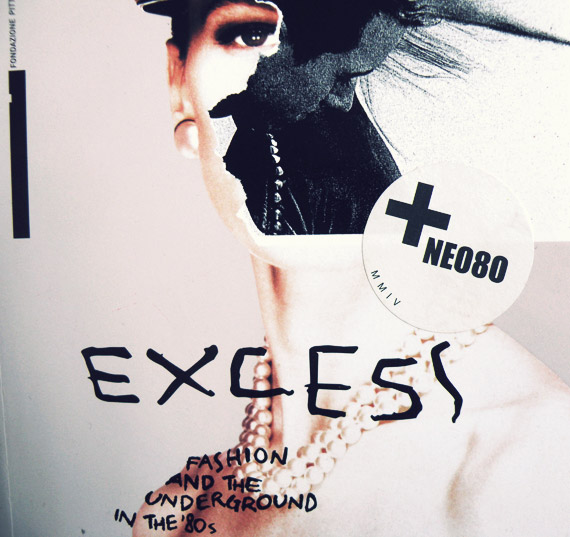 One of my favorite books â€” it starts out with a quote from Neuromancer which perfectly sets the stage. 80s fashion at its finest, from preppy and bodycon to punk, this is a treasure trove of ads and iconic images. 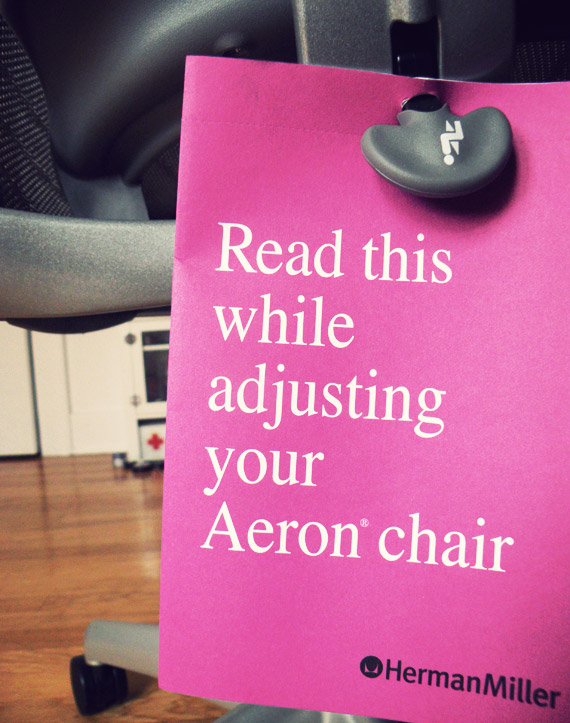 I am now the proud owner of a Herman Miller Aeron Chair which is so beyond amazing if you sit at a computer all day. It became apparent that I needed a new chair when my back was killing me after working from home for a few days in a row but when I went to work at agencies (most have these as a standard issue) my back pain would almost immediately disappear. Tip: You can find deals on these on Ebay and even score free shipping. 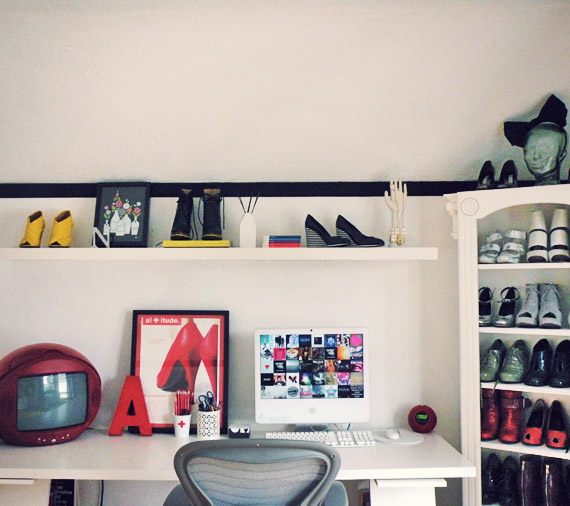 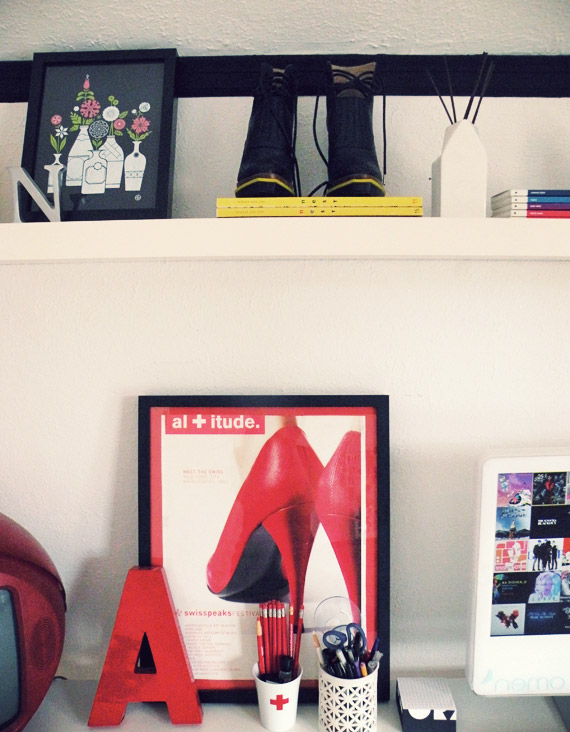 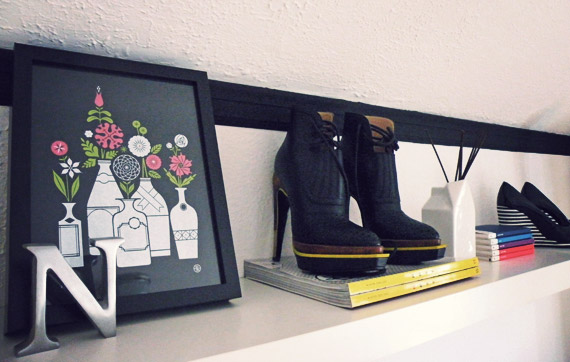 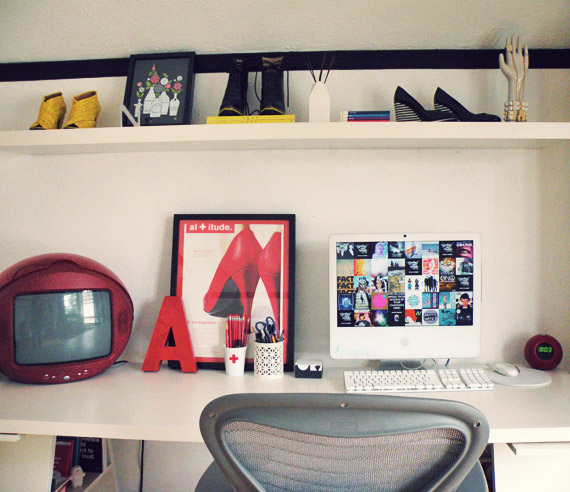 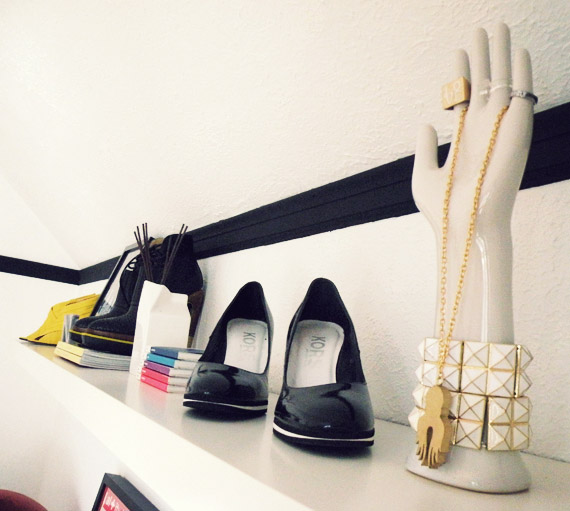 Finally, I am late posting because Joey was putting up a shelf yesterday in my office and I wanted to show you! I’ve been redoing parts of my office little by little since I moved in a hurry last year and my setup was geared for a much smaller previous space. The shelf takes care of some of my shoe overflow and adds a sense of depth to the area. I am still figuring out what exactly I want to keep on it though I *loveloveove* my Katie Kirk Night Flowers print!

This week was packed to the brim! 45+ hours doing Adidas production work, designing some new stuff for Solestruck (more on that later) amongst other client work, sunny nights spent sipping hard cider, Joey’s closing show night, terrorizing Auntie Nubs (always a good sport but I suspect that she will strangle me one of these days), new shoes courtesy of a client (did I mention that I completely adore Solestruck?) and one too many tacos.

It’s now been just over a year since Michael Jackson’s death. Yesterday was hard but what I’ve realized is that life is hard. Sometimes the people we look up to and care about the most leave us and we still have to go on, carry the torch and believe that anything is possible. Even though MJ is gone in the physical sense, I feel like he’s not really gone…just in another place, far far away in a distant galaxy…probably dancing with his pals from Captain EO.