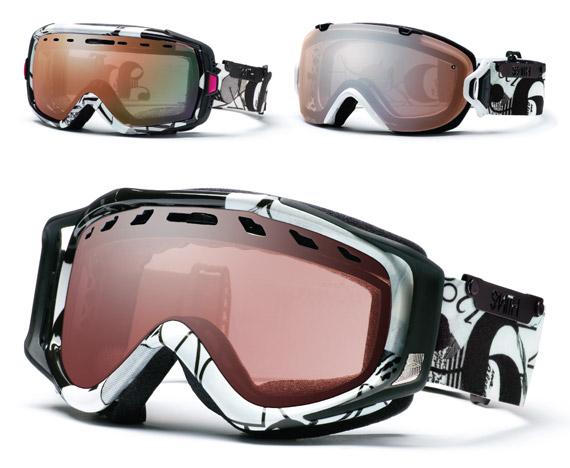 Last year, I designed a collection of goggles for Smith Optics, a premium brand of goggles, sunglasses and helmets. Each of the styles feature my collage-based art and male, female and unisex models will be available for purchase in 2011. 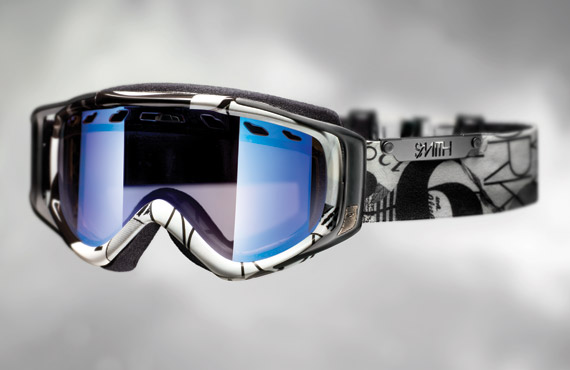 Back in 2008, I had a solo art show at Portland agency Nemo HQ. Later, we did a big Smith trending presentation and one of the art directors pitched ‘Nubby Art’ as a concept. Amazingly enough, they liked the idea and moved forward. I had already sold the artwork that was later sublimated onto the straps but I always do high resolution scans of every piece I produce. 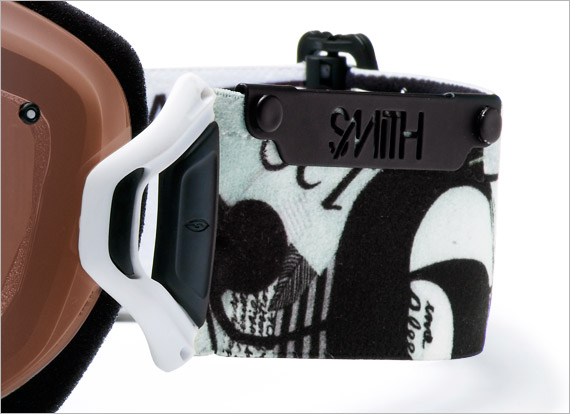 The goggle straps feature Smith branding set in Avant Garde which is quite fitting since this concept was presented under the avant garde trending theme. 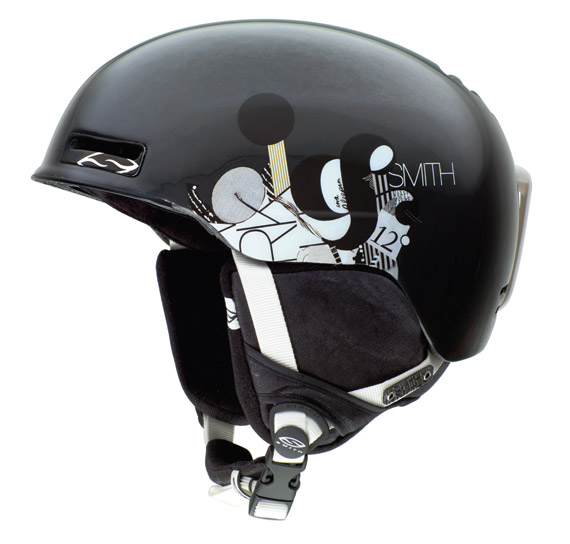 Besides the goggles, a helmet was also produced in both black and white. The helmet graphics tend to be more minimal so that they can be worn as a set with the corresponding goggles. 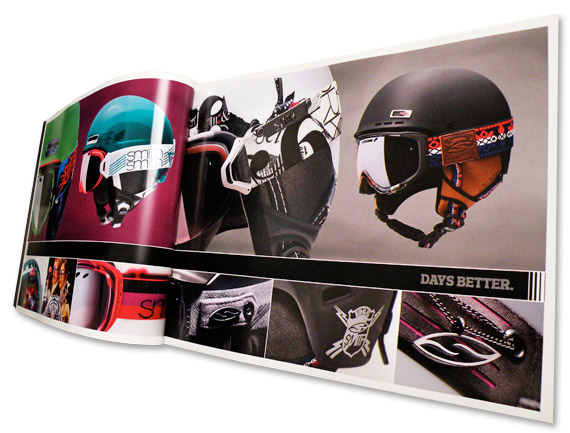 You can see the pairing of my goggles and helmet in one of the catalog spreads. 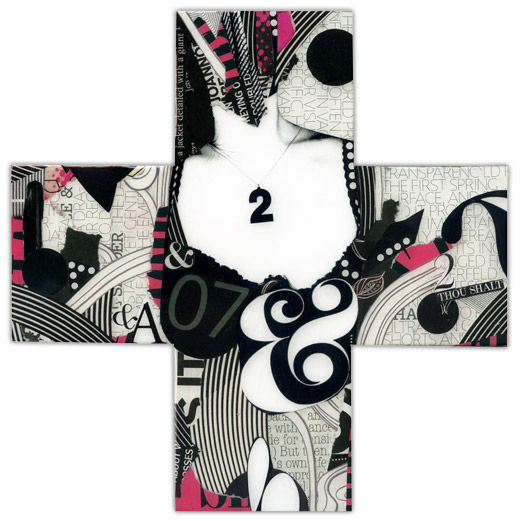 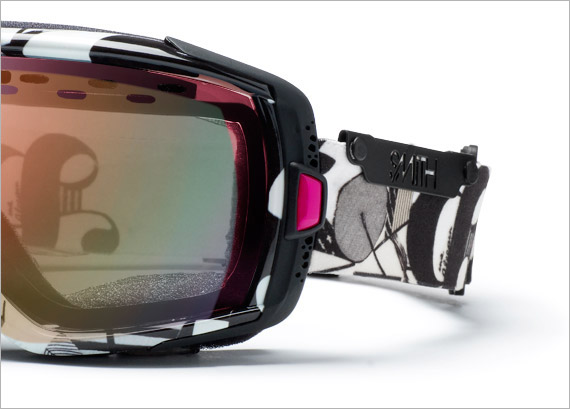 The Smith team did a great job of finalizing all the details and keeping the collages true to their original form. I was surprised at how clean the sublimated imagery on the straps came out. 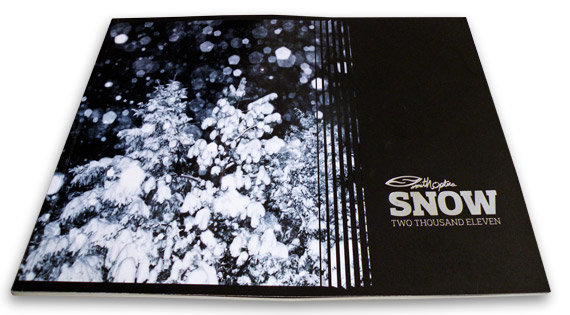 I could have never imagined that artwork I produced would eventually pop up on a line of snowboard goggles. For the record, I’ve never snowboarded but now I really don’t have an excuse! Thanks to both Smith and Nemo for making this collaboration possible.