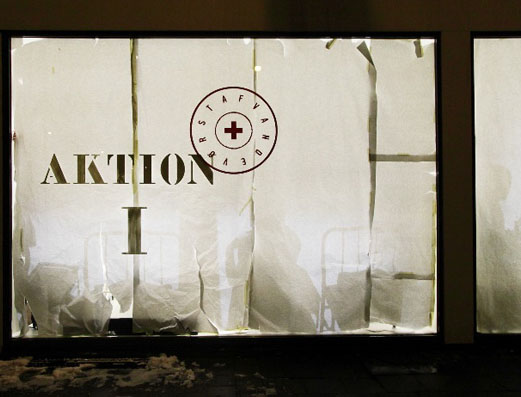 I first found out about A.F. Vandevorst back in 2000 when I bought a book featuring Belgian fashion designers. I was immediately captivated by his constant use of red cross imagery as a signature throughout his fashion line. When I came across these silver beauties on the sale rack at Halo, I knew they had to come home with me. And, any shoe box emblazoned with F E T I S H completely seals the deal. 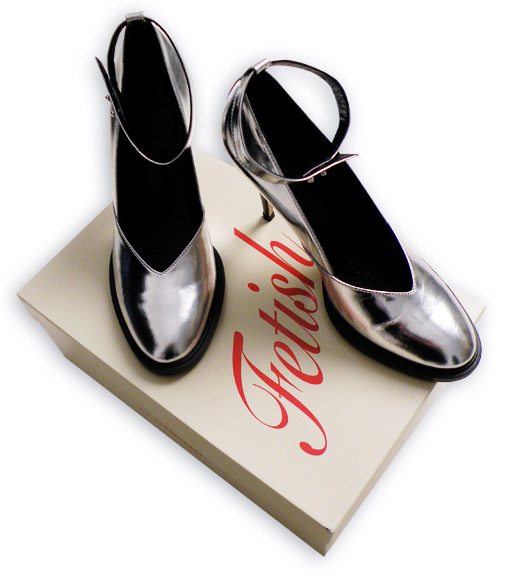 Regarding the back story of how A.F. Vandevorst got its start, Interview Magazine says:

A.F. Vandevorst is really among the last of the Mohicans when it comes to independent European design. An Vandevorst and Filip Arickx were on their first day as fashion students at Antwerp’s Royal Academy when they met in 1987, fell in love, and eventually became husband and wife. 10 years later they opened their own company and have been showing seasonally in Paris ever since. Their style is sleek but somehow countrified, with lots of silk, fur and vintage lingerie bits. The shoes under the Fetish label are particularly great; An Vandevorst cut her creative teeth early on as shoe and accessories designer for fellow Antwerpian Dries Van Noten. 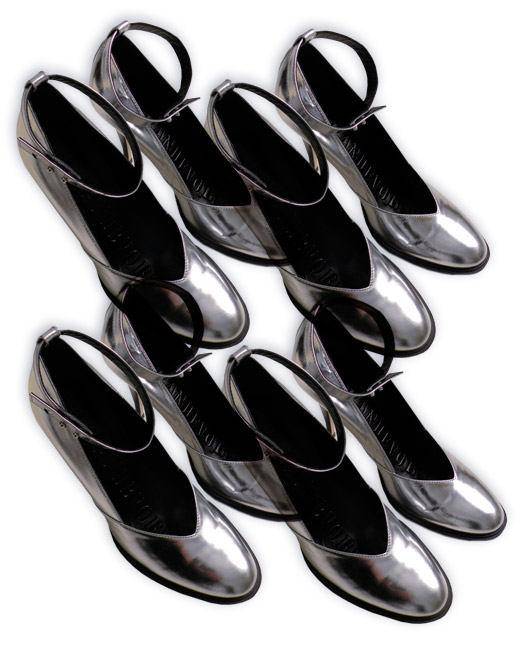 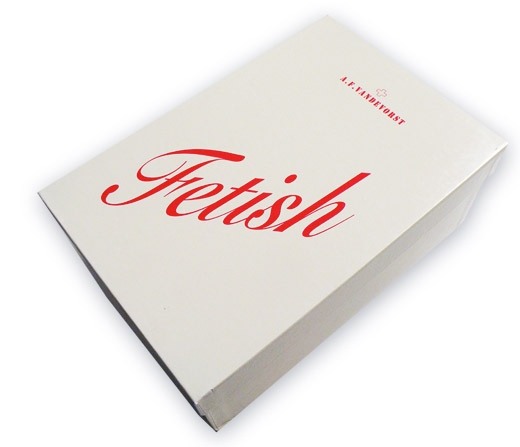 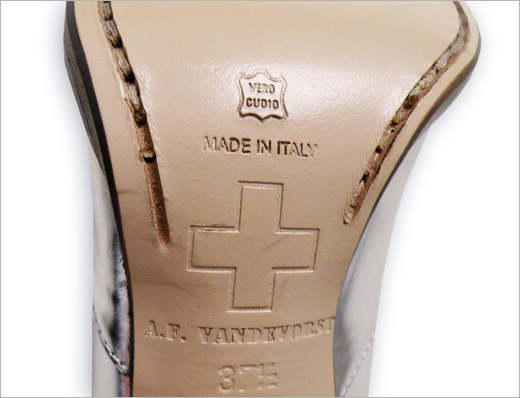 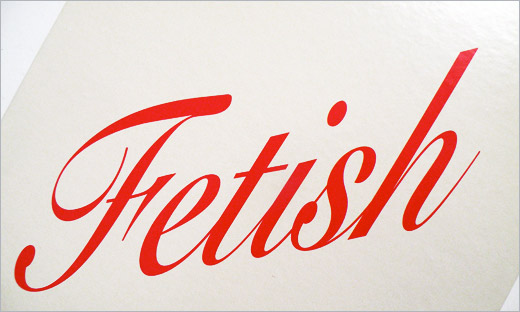 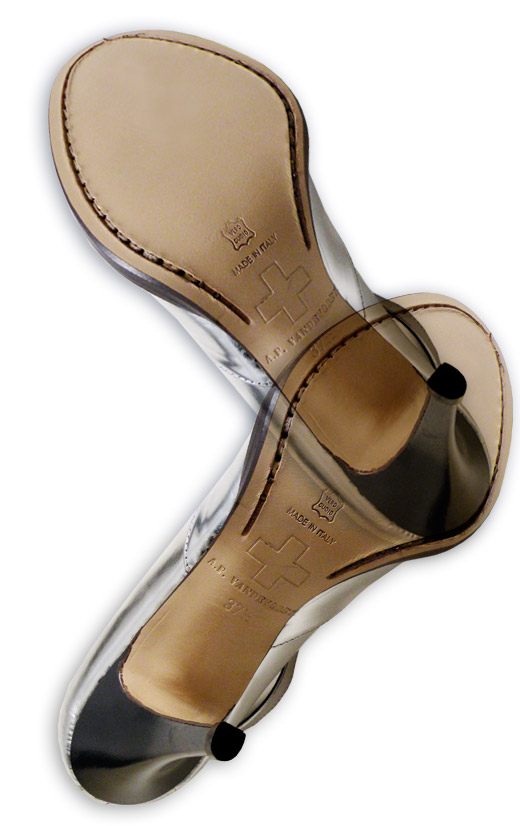 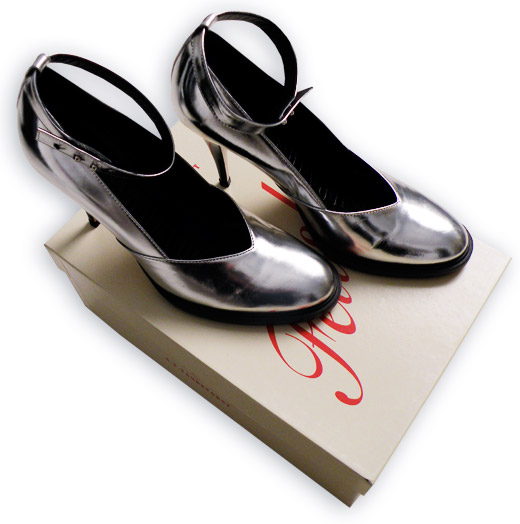 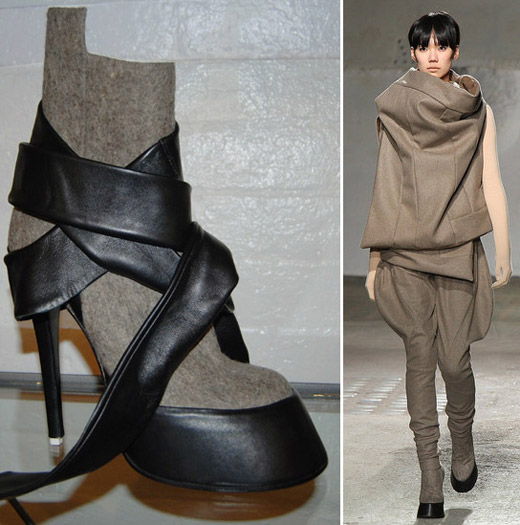 I’ll never tire of the architectural details or medical references ingrained into the A.F. Vandevorst aesthetic.