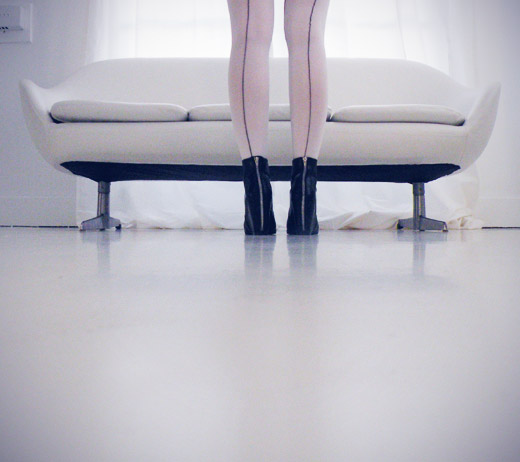 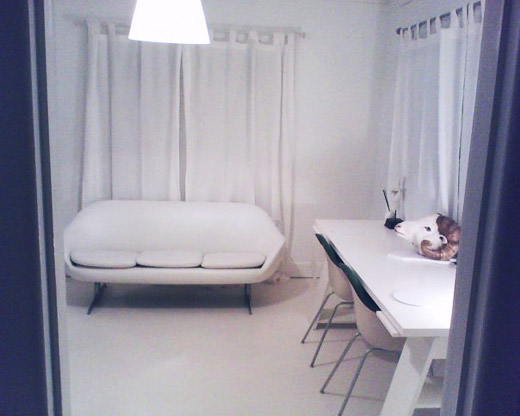 White Room. My favorite room in our house is the ‘white room.’ My brother and I have been working on it for the last few months and it finally came together this week. We refinished the hardwoods, painted out the walls and woodwork matte white, bought a mod 60s couch and had it recovered in white vinyl, hung all white IKEA curtains and are determined to avoid color at all costs. It’s so otherworldly and bright and I absolutely love it. 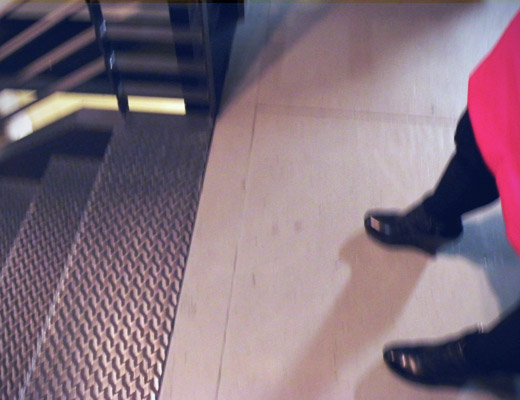 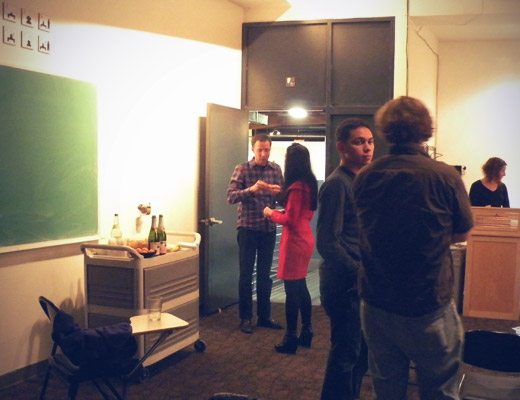 Speakeasy. On Monday, I had my first ever speaking engagement. Kelly Coller from Office PDX and I discussed how to build a killer portfolio with students at PNCA and it was so much fun that we’re already in talks to collaborate on future events. 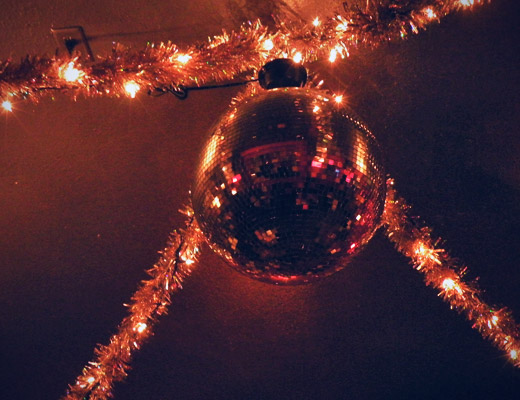 Disco Crepes. After the speaking engagement, a group of us went out for crepes at Le Happy. The crepes were awesome and so was the disco ball, complete with Christmas-y decorations thrown in for good measure. But, the night didn’t end there â€“ we got invited out to Dean’s Scene, a full-blown pub built into a guy’s basement. We must’ve spent three hours chilling with Dean and the regulars. So good! 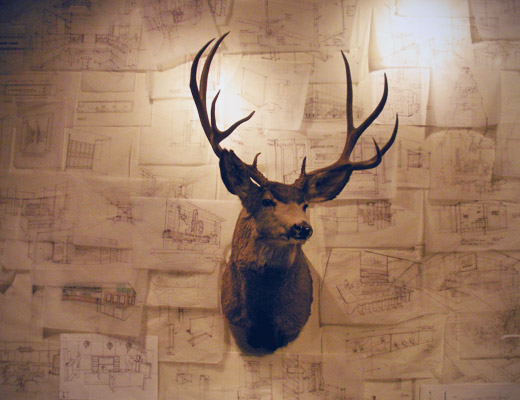 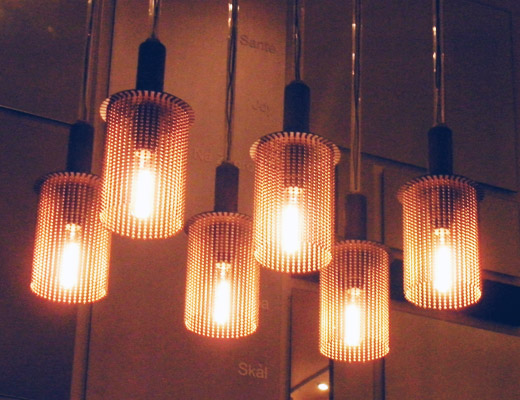 Twenty Four Seven. Earlier in the week, I stopped by Twenty Four Seven, a firm that specializes in branding, retail and graphic design and was taken on an impromptu tour. I have no words to do this place justice. Taxidermy, modern decor and a full fabrication studio in the back of this building that takes up a full city block are just the beginning. Expect a behind-the-scenes post in the new year! 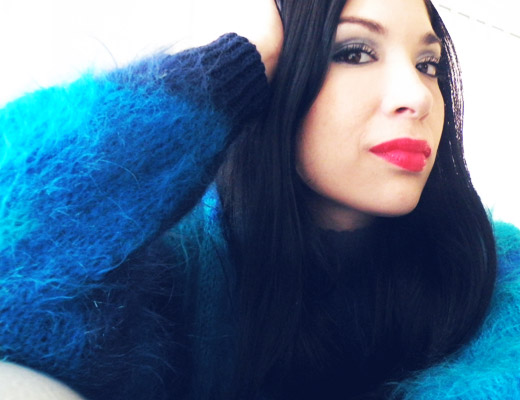 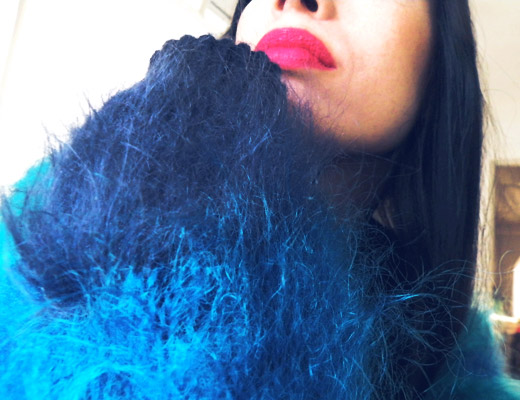 Thrift Magic. To be honest, I’m not big on thrifting but my brother is obsessed and sometimes drags me along. Thank god, because I hit the jackpot with this oversized three dollar handâ€“knit sweater from New Zealand. It is so fluffy and cozy that I feel like I am being hugged by a llama. In these photos, I am wearing Retrofuturist lipstick by Lime Crime makeup. 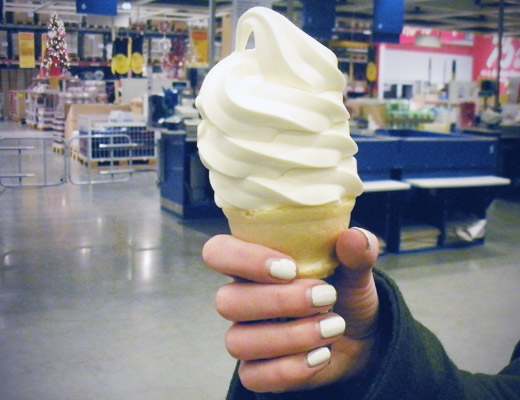 IKEA Food. I guess I am a bit late to the game, but I just discovered the frozen yogurt at IKEA and it’s pure deliciousness. Seriously, the best dollar I’ve ever spent. 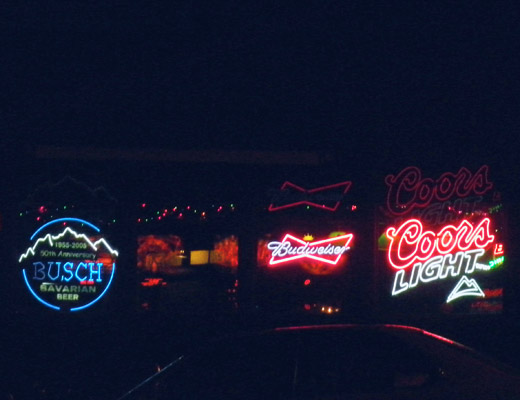 Pre-Christmas Warm-up. I never knew that I could have so much fun on Christmas Eve. My friend invited me to a holiday cocktail party complete with a cute but grouchy wiener dog, then we met up with my brother and friends for grilled cheese sandwiches at C Bar. We made a pit stop for some dancing girl action and the place was packed (season’s greetings!) and finally, ended the night at the worst karaoke bar in town, where he was talked up by an old man dressed as an elf (complete with pointy ears) in the bathroom who said, “I bet you’ve never pissed next to an elf before.” Hey, there’s a first time for everything. 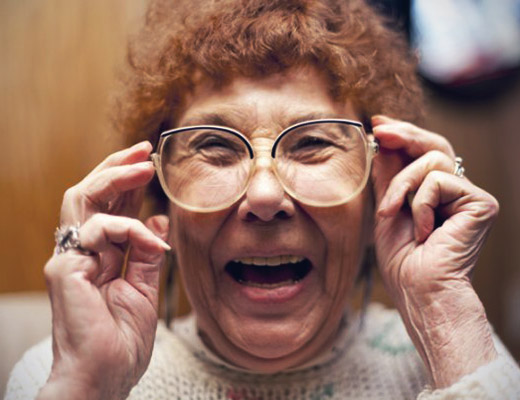 Murder at the Mountain. I hope that all of you had a great holiday and enjoyed a relaxing day off with family and friends. My brother and I took our friend Jason up to my grandma and grandpa’s cabin in the forest near Mt. Hood and of course, they are always in high spirits. My grandma makes her own secret berry home brew, tried on these ridiculous glasses, was telling Jason about the time she tried to beat up a guy at the bar (she’s 80!) and the look on Jason’s face was priceless when my cousin showed him his ‘survival kit.’ After many hours of fun, we decided to call it a night and leave but the highway was blocked off because a murderer was on the loose with a semi-automatic rifle. Seriously. We had to turn around, go back to the cabin and kill another five hours laying on the couch, downing mixed nuts and Fritos with mix drinks while my grandpa sang along to the tunes playing on his 8-track player. I love my family!

Honorable mentions: A special delivery of the world famous Sexy Beast Treats (the best vegan peanut butter cups in the entire universe), an outing to Stumptown that included conversations about chickens, strippers and movies with Russian subtitles, pomegranate mimosas, sitting on the couch at 1 AM watching badly dubbed Journey videos, talking nonstop about Nigel (my dream llama), trying to explain away the fact that I bought shoes that I can barely walk in, late nights by the fire at Doug Fir eating massive amounts of garlic mashed potatoes, repeated visits to RonTom’s to admire their huge Christmas tree, finding handwritten notes inside of Think And Grow Rich by people I admire, and finally deciding that I am going to start watching movies instead of sleeping through them and / or pretending that they don’t exist.