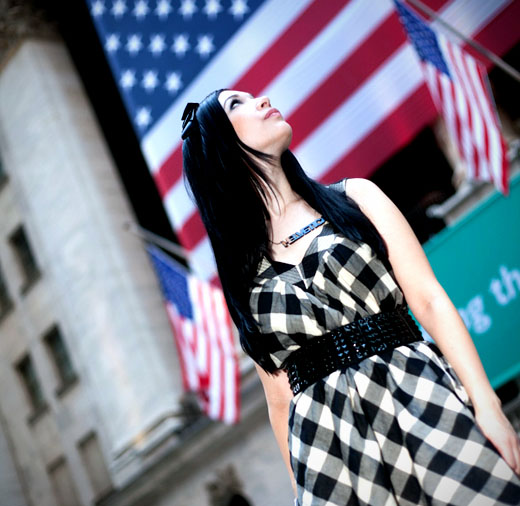 Last night I spent some time near Wall Street, hanging out in front of the New York Stock Exchange and on the steps of the building where the U.S. Constitution was signed. While shooting these photos, my friend Bianca gave me a mini tour of the area and I realized just how cool it was. 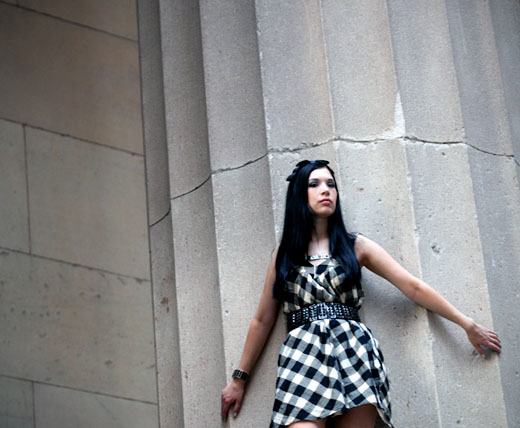 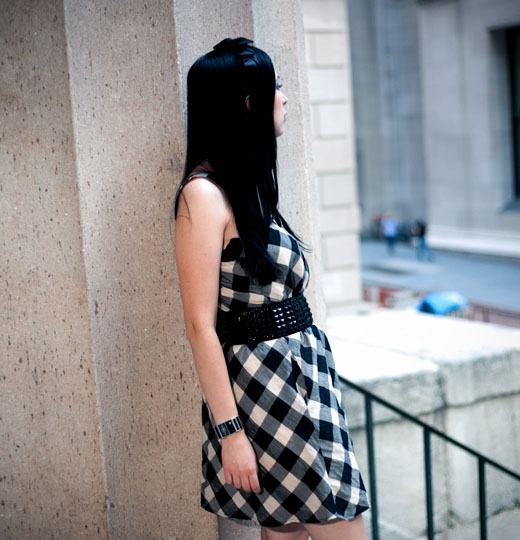 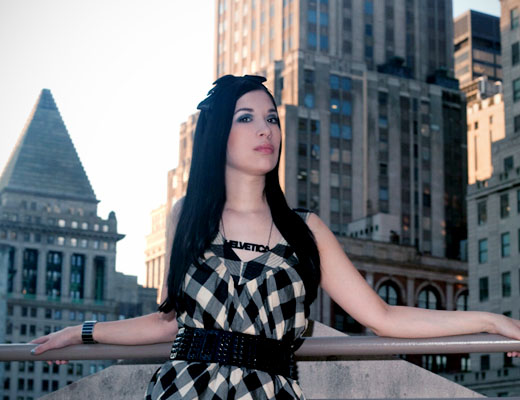 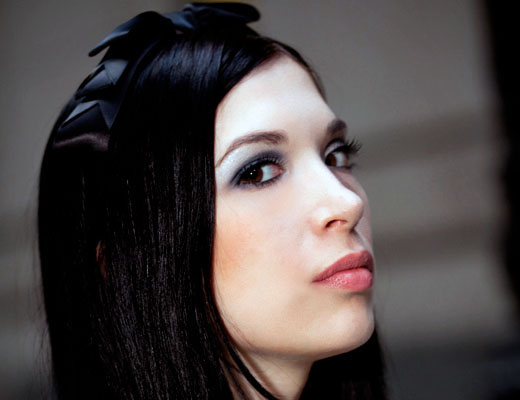 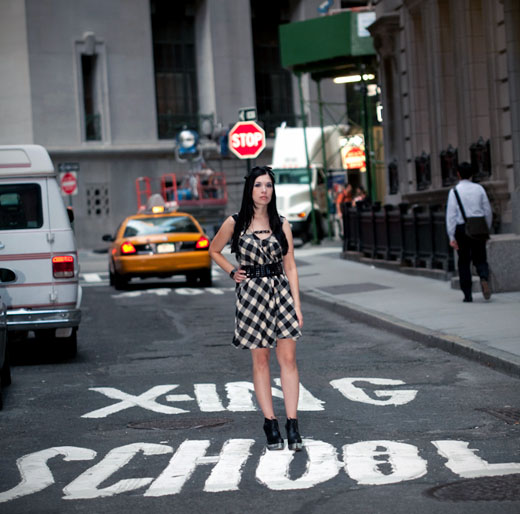 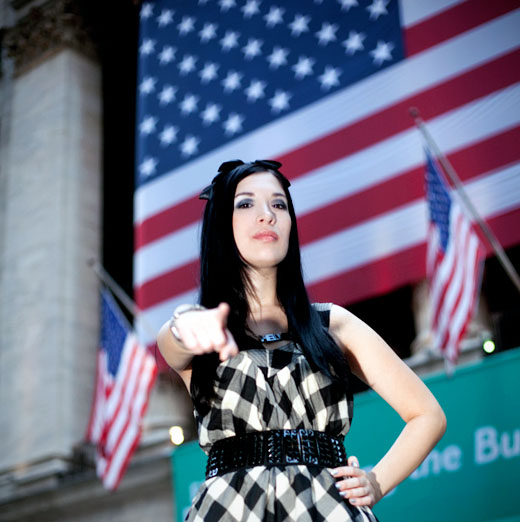 Lifting Weights in The Haunted Mansion 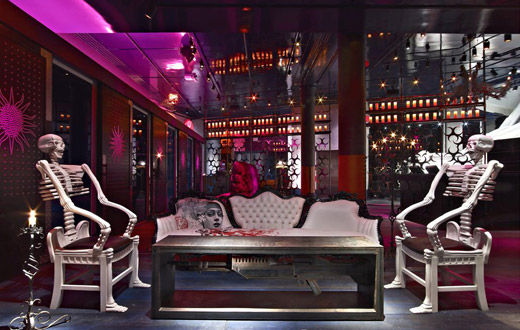 If you know me personally, you’re probably aware that I dread working out. I hate the thought of exercising so much that I just don’t do it. No sports teams, yoga class or jogging around the block for me. The thought of getting sweaty and wearing practical footwear has always repulsed me. Until now.

I had a religious experience. An epiphany. And, it all happened while walking down the street in New York last week. I was with Gala near Astor Place when we noticed some peculiar skeleton chairs in the window of a building, complete with very a gothic & baroque vibe throughout. Was it a boutique? A showroom? A bizarre home decor store? We weren’t really sure so we went in to ask. 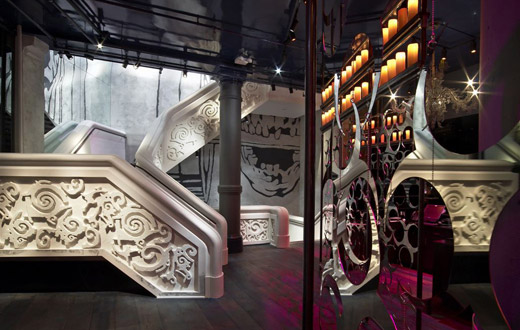 Get this….the place turned out to be a GYM. The one place I despise more than anything. And, it was cool. Hands down, it was one of the most fashionable places I’ve ever stepped into. My perceptions of what a gym was supposed to be began to shift.

We requested a tour and the first thing I noticed was the lighting. No fluorescent, unflattering lighting here. Instead, it was a deep pink that resembled a high end night club. We walked past buff guys lifting weights and towards a massive disco ball shaped deejay booth. The disco ball was salvaged from Studio 54. Instead of the usual concrete or formica, the floors were done in beautiful distressed wood.

The space contains multiple levels and on one, we were shown the yoga studio. I’ve never tried yoga, but based on the atmosphere, I’d give it a shot. Why? The very dimly lit room featured an entire wall of candles. Glass doors closed it off from the rest of the gym. It felt like an extremely glamorous cave. I was sold. 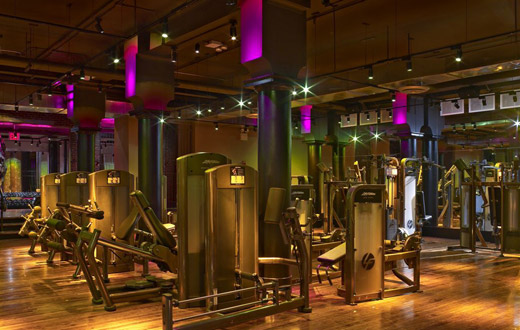 The machines throughout looked pristine. No sweat covered handles and sticky seats here. I’d heard horror stories about my friends’ gym experiences in the past but this place seemed nothing like that. I actually felt….relaxed. 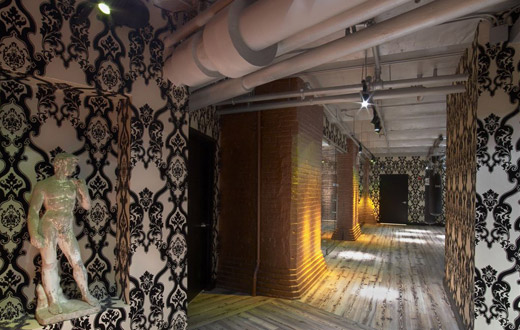 The guide took us down a massive white baroque staircase where we were met by bold damask print wallpaper and a naked male statue. I thought it was the perfect mix of glamour and humor. 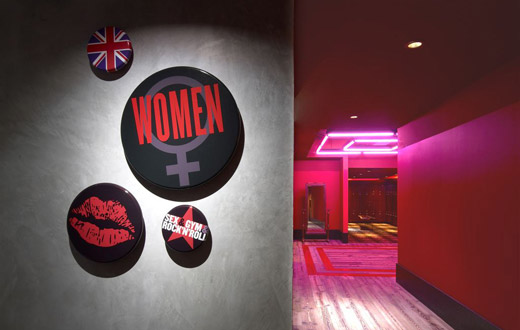 We then walked into the women’s locker rooms which were basking in neon light and woodgrain lockers. The benches were large pieces of polished wood. Was this really a place for changing clothes? Or, was it a backdrop for a surreal and futuristic photo shoot?

During the tour, we were introduced to the man who owns this gym, along with six other locations, David Barton. He was extremely welcoming and actually in the middle of working out. I love it when the owners of companies are actively involved in the use of their own products.

So, you may still be thinking that a gym is just a gym, no matter what the atmosphere is. But there was one final factor that got me hooked, I promised you: All of the signs, business cards and schedules were done in Helvetica. Seriously. And there’s no denying that I am a sucker for both great interior design and typography. 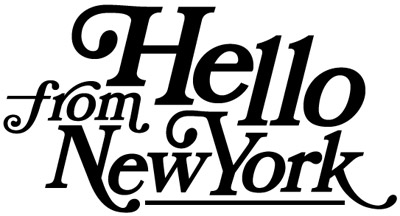 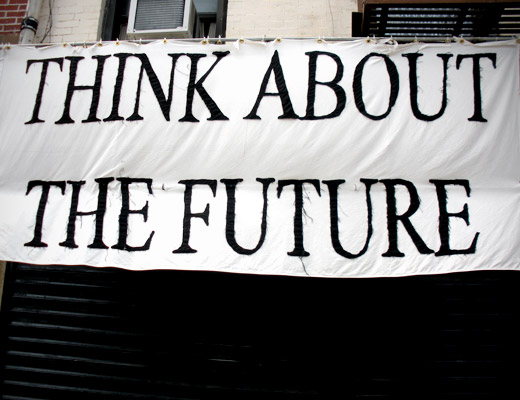 I see this sign every single day. It’s a nice little reminder. 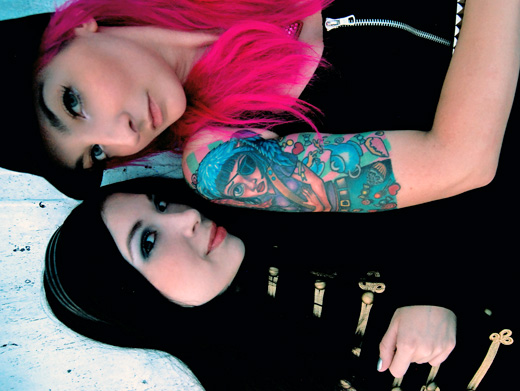 For the last week I’ve been spending most of my time with my pink-haired Virgo soulmate. Everything seems way more amusing when she is around. We make snack runs at 2 AM, watch lightning storms out the window, do photo shoots on rooftops, listen to way too much Michael McDonald and Michael Jackson, mix energy drinks with vitamins, assist the elderly, get invited into fancy gyms resembling The Haunted Mansion for otherworldly tours, Google curious combinations such as “richard pryor freebase incident” and “toto coke bust” in the middle of the night, get entertained by certifiably insane piano players, listen to more Michael MicDonald (who I’ve lovingly christened my white-haired messiah) and we always wear five inch heels to business meetings. Always. 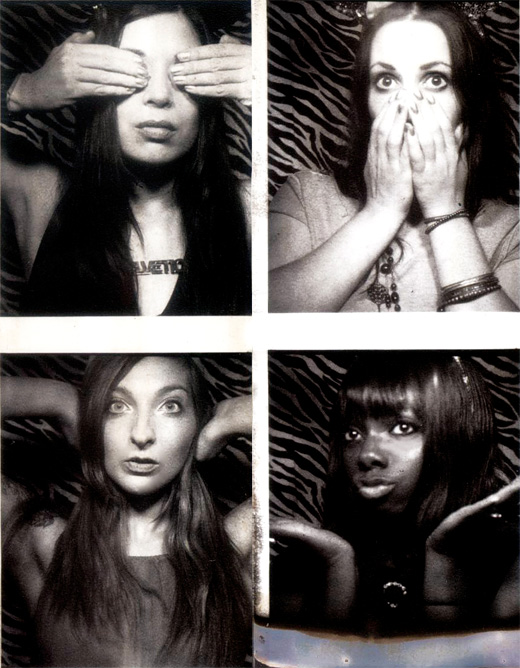 On Saturday night I got to hang out with some of my favorite girls including Gala, Jazzi and Molly. Gala and I totally want to adopt lil’ Jazzi. Isn’t she the cutest? 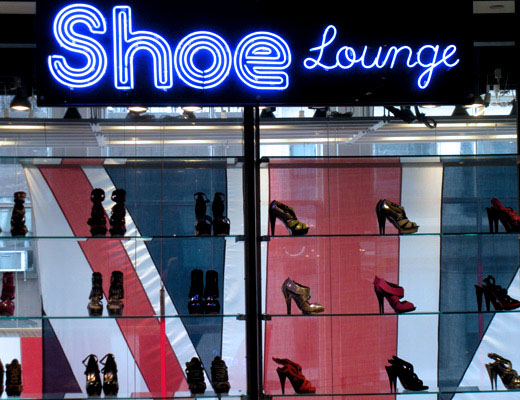 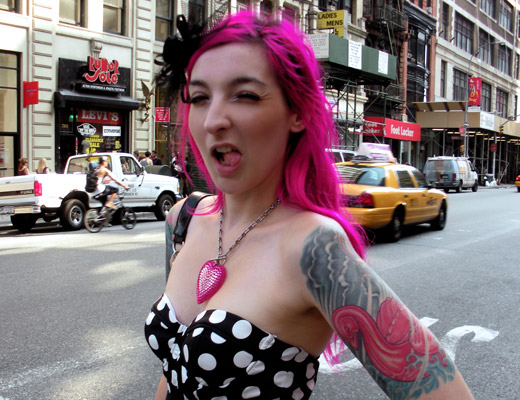 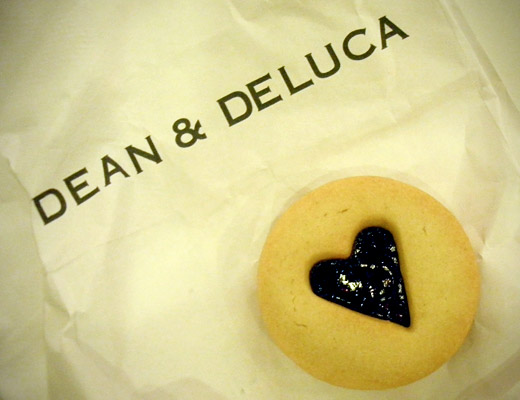 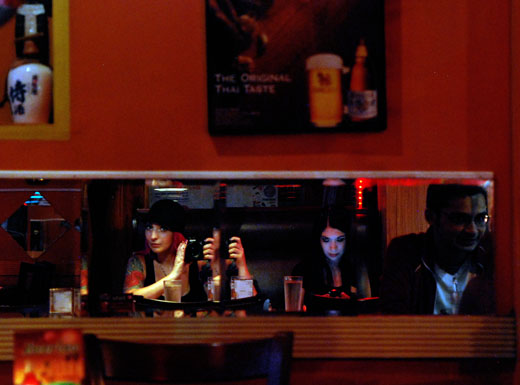 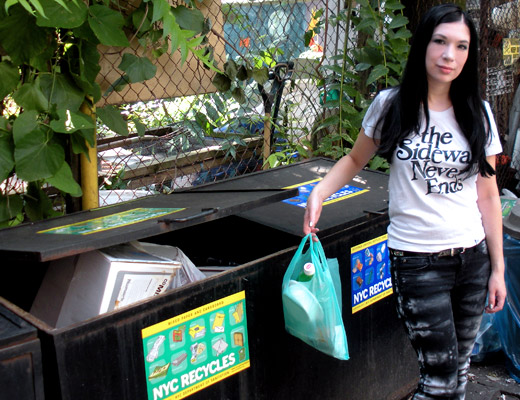 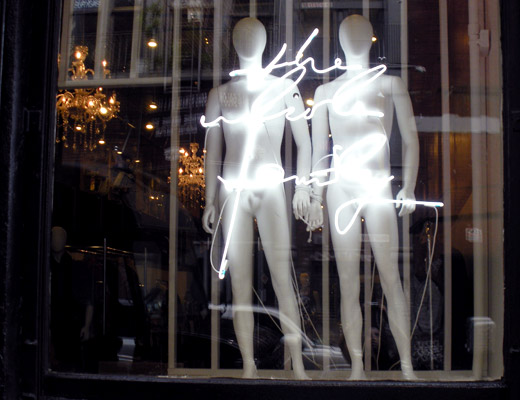 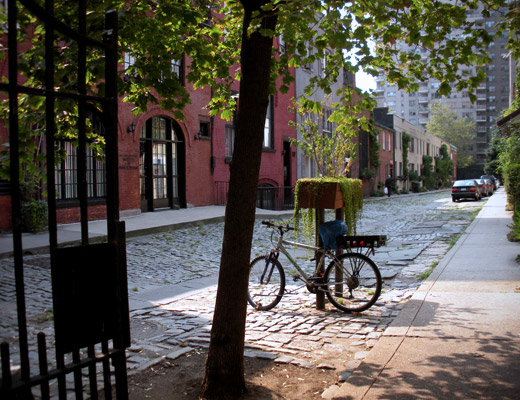 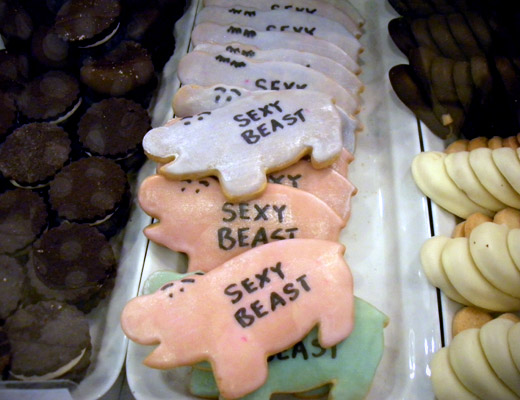 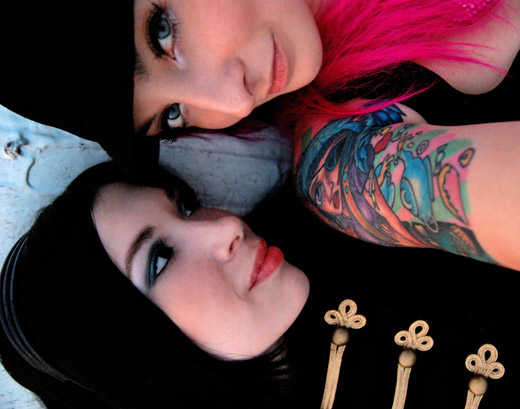 Thanks for turning on the charm, New York. 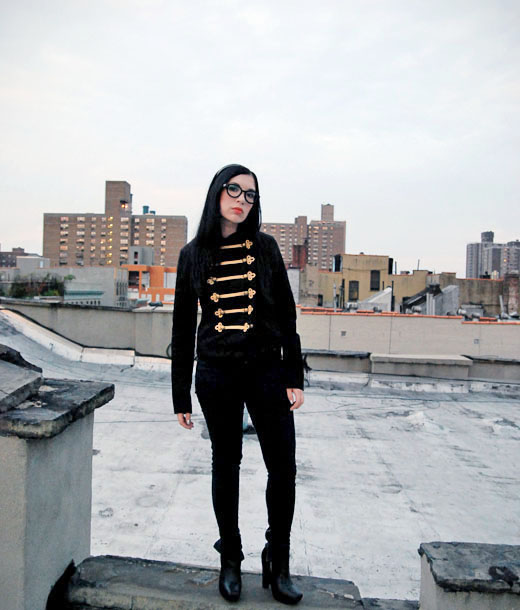 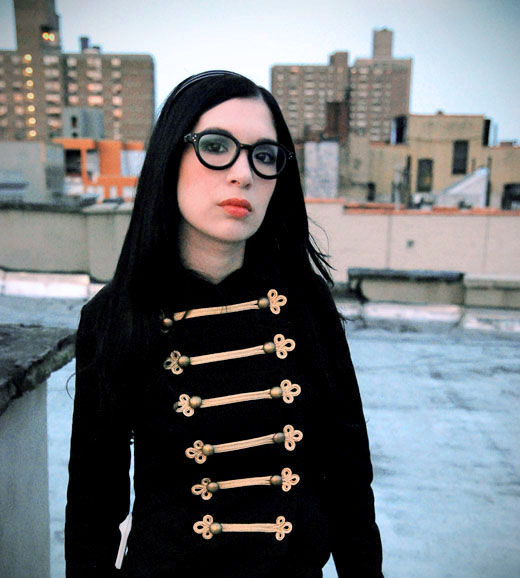 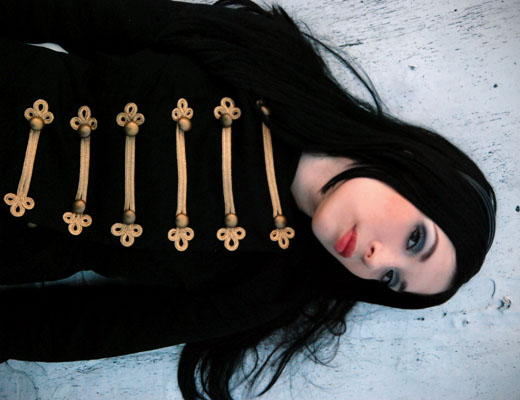 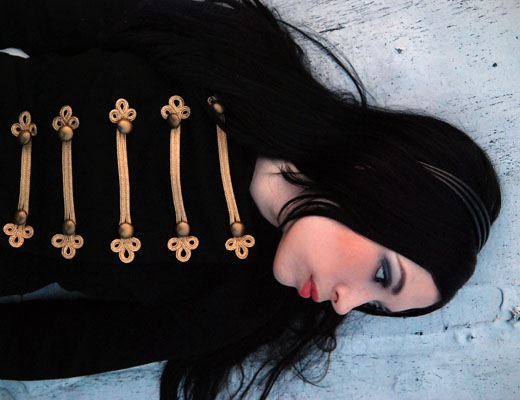 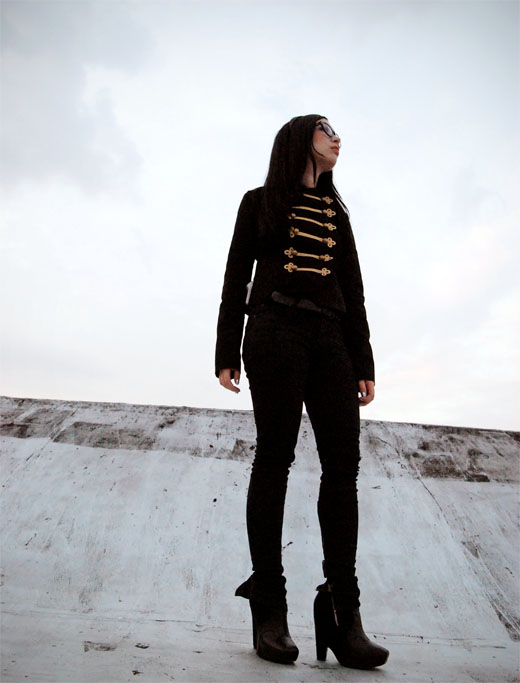