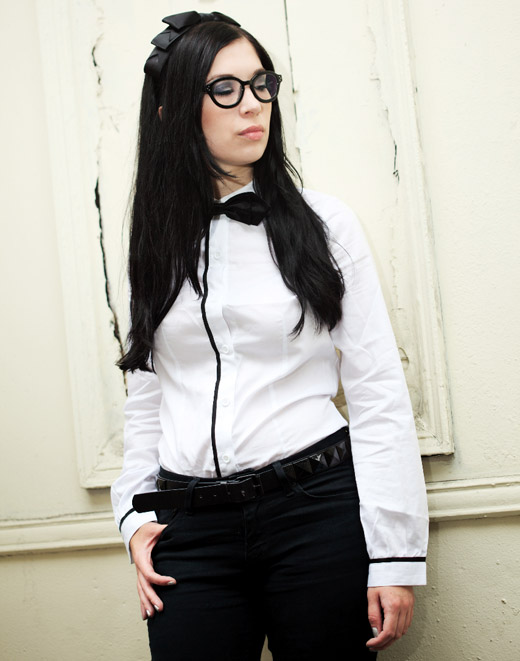 Last week, Gala and I met up with Susan, the founder of the hugely successful indie fashion retailer ModCloth. She also brought along two of the buyers from her team and we spent the muggy summer evening in the East Village learning more about their buying processes, how ModCloth got started, what the trade shows are like (hours upon hours of walking up and down a maze of never ending aisles!) and how to deal with getting recognized in the street. Though, it should be noted that at points talking became quite difficult when the bar’s piano player began rocking out and singing at the top of his lungs (which amused the other patrons to the point that they began to join in)!

ModCloth is very hands-on and I think that this is partly why they’ve been so successful. Besides keeping a blog, they allow customers to rate each item and write reviews. With this approach, it’s easy to see why customers feel a personal connection to ModCloth and its offerings. 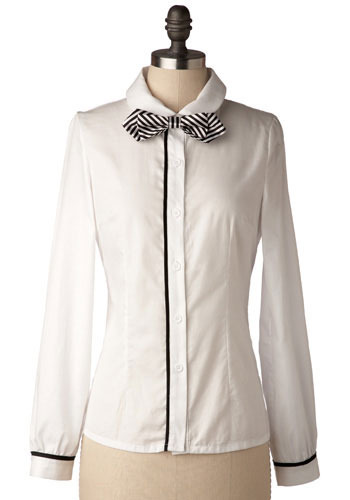 ModCloth recently sent me a very cute blouse known as the Walk The Line Top. I picked it out specifically because I liked the interchangeable bow ties (there are both a black and a striped version included). My friend Bianca shot me in Soho yesterday wearing it: 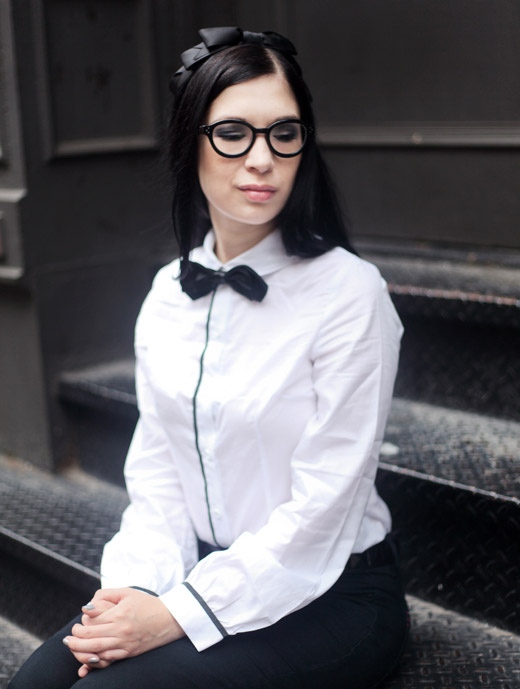 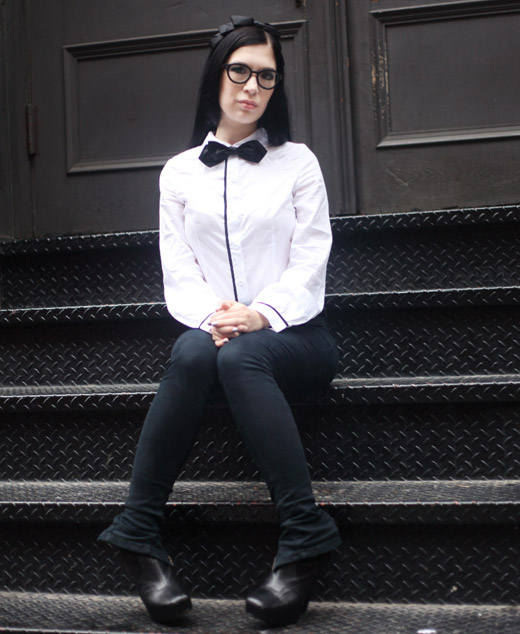 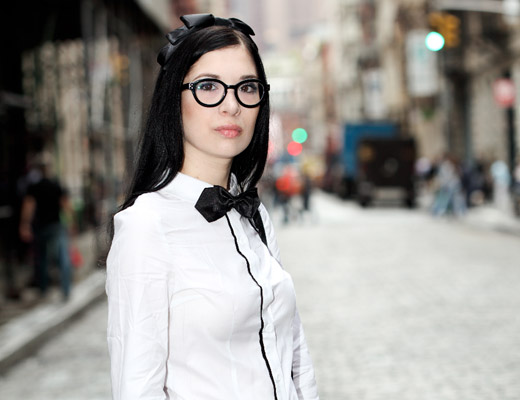 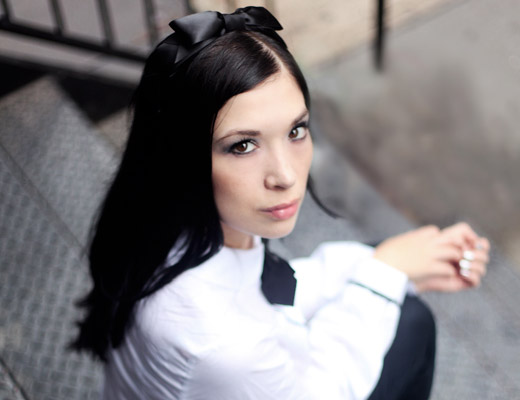 I felt like I was wearing a fancy version of a restaurant uniform as I walked through the cobblestone streets. Enjoy your weekend! It’s supposed to be super rainy here so I’ll be hiding indoors.