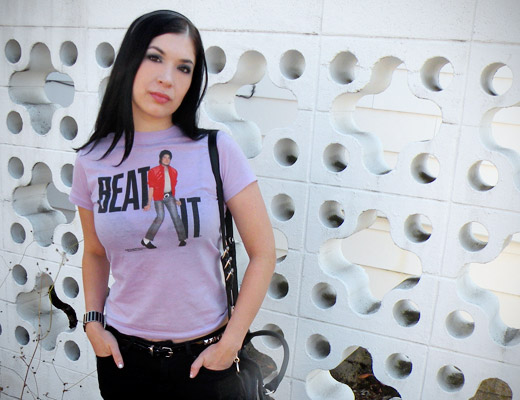 I attempted to imitate the moves that Michael is doing on the shirt for you, but at 9 a.m., it just wasn’t working! Instead, I’m giving Lee the look of “hurry up!!!” because I was expecting visitors. Soon after, I had two aunts, a cousin and my grandpa & grandma over to hang out at my new place. 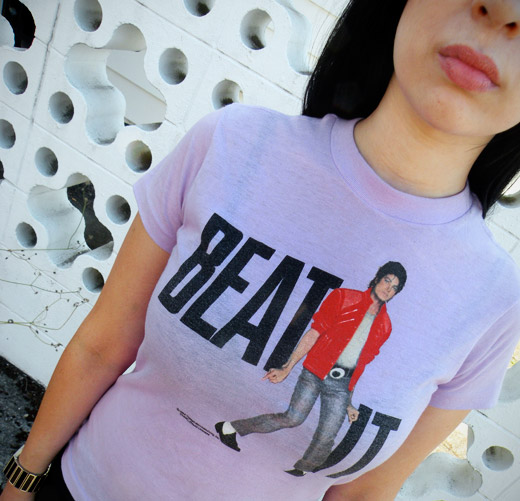 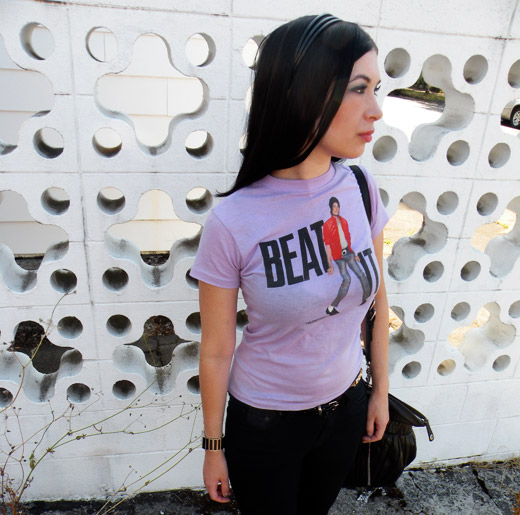 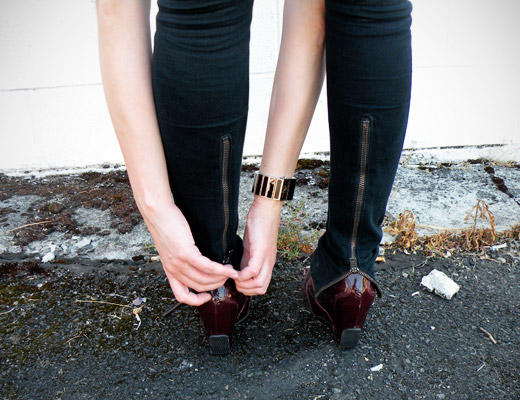 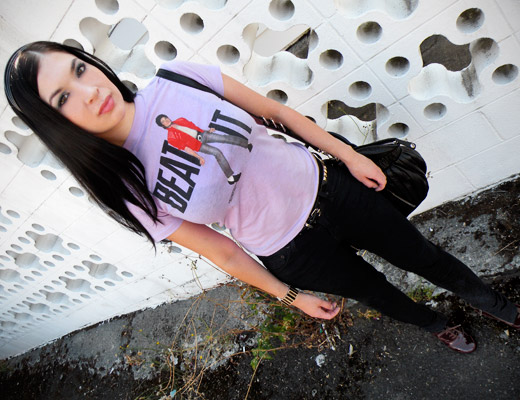 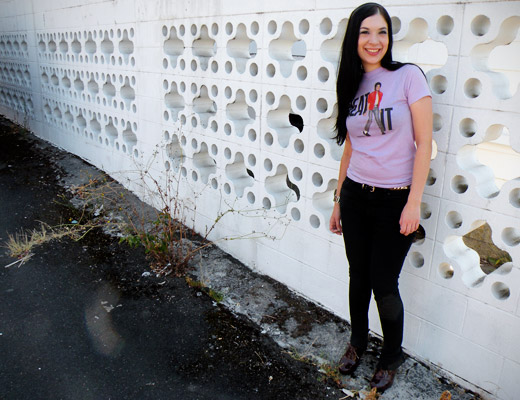 I totally lost my composure when I realized some graffiti on the wall to my left side read BUTT VOMIT. For real! It’s been quite toasty in Portland over the last week so I’ve been living in jeans and t-shirts. This Michael Jackson shirt is the only piece of lavender clothing I own. It’s a kid’s shirt from the early 80s that I found on Ebay about five years ago. I hope you had an awesome 4th of July!