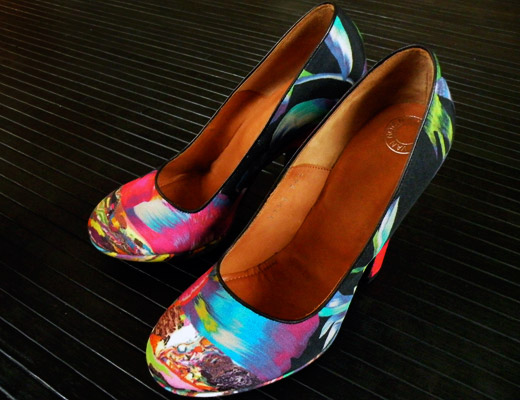 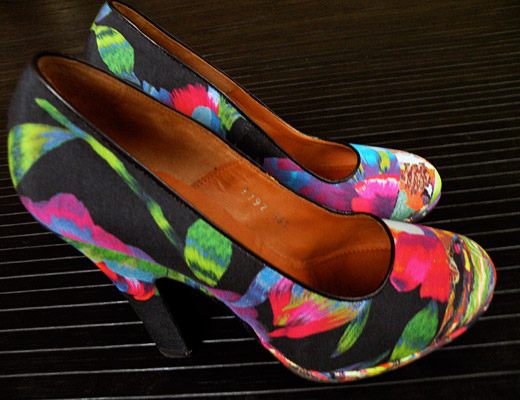 I am definitely feeling more optimistic than ever now that I’m walking around with the equivalent of psychedelic rainbows on my feet. When the Dries Van Noten Fall 2008 RTW collection came out, I was immediately drawn to the bright, slightly futuristic marbled patterns on some of the clothing. I saw some of the pieces in person twice, but they were woefully out of reach. And, the shoes didn’t appeal to me because they’d lost the chunkiness of seasons past. 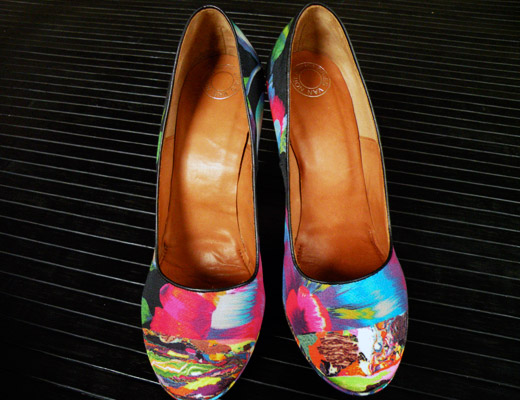 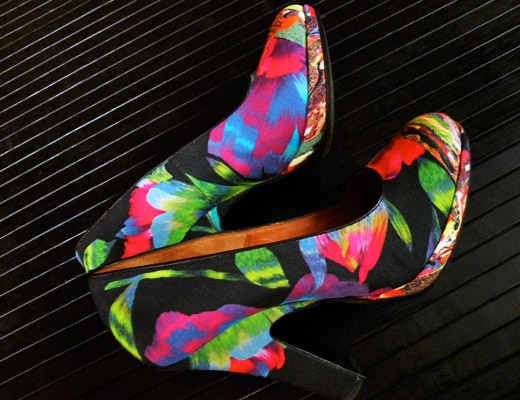 Fast forward to last week when I was perusing the selection at Halo and realized that they had some pumps from that collection marked down to less than half price in my odd size (36.5) which is extremely hard to find. I slipped them on, took a few steps and they actually stayed on my feet. A miracle. And, the curvy pin-up girl shape suddenly made sense, balancing out the blindingly bright pattern. 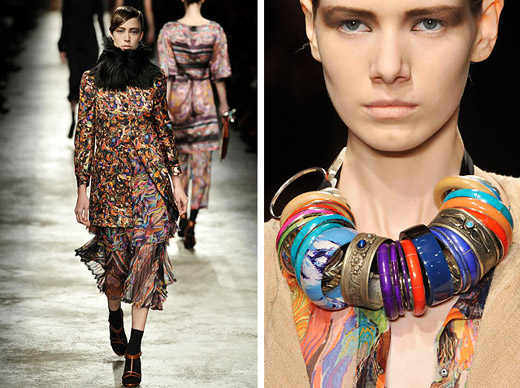 When I originally saw the Fall 2008 collection, it had a strange familiarity. Back in 2006, I had made an art piece called Psychedelia with a similar bright mix of colors that later influenced the work I did for Virgin Records. 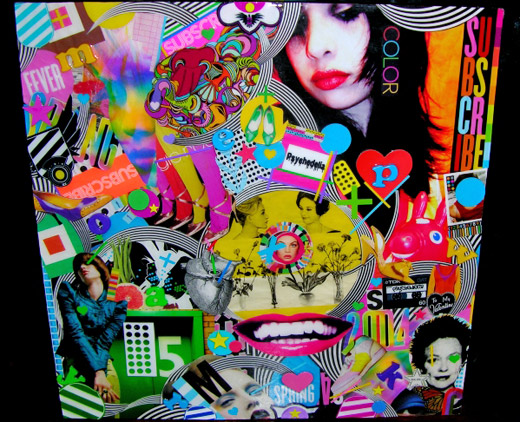 And, that’s partially why I make no differentiation between fashion, graphic design and fine art. They are all triggered in some manner by one another with influences that constantly circle back around. One inspiration leads to another and they form a path like little stepping stones to an even bigger vision. But, enough of the philosophical meanderings. All I know is that from now on, each one of my brightly colored steps will be filled with rainbows and smiles!

P.S. Jane of Sea of Shoes wears the marbled dress from the same collection here and you can get a much better idea of how intense the pattern really is!