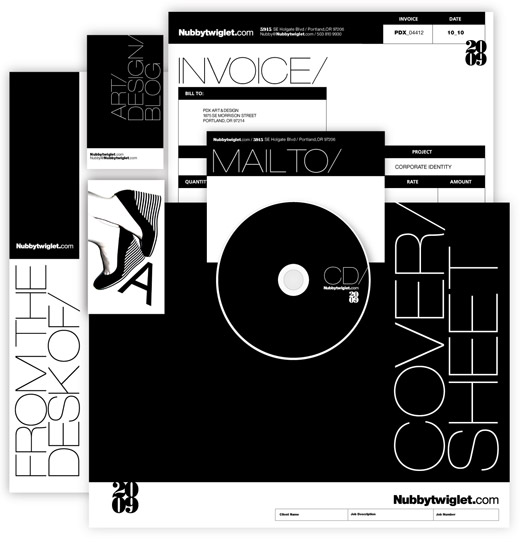 I’ve started the process of reworking my identity for 2009 and thought I’d share what I’ve completed with you so far. I’m still making some changes, but my overall objective has been to streamline the original identity I developed in 2008. I plan on making modifications every year from now on to reflect the changes in my visual style.

All of the type has been done in three varying weights of Helvetica Neue (Ultra Light Extended, Roman and Black) and the numbers of the year and my address are in Poster Bodoni. 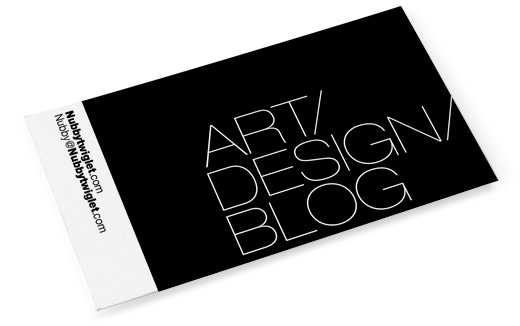 I’ve added more black to the 2009 compositions and simplified the graphics. I want the identity to project a sense of simplicity and timelessness and to let the work on my site and in the decks I present to stand out against the simple backgrounds. 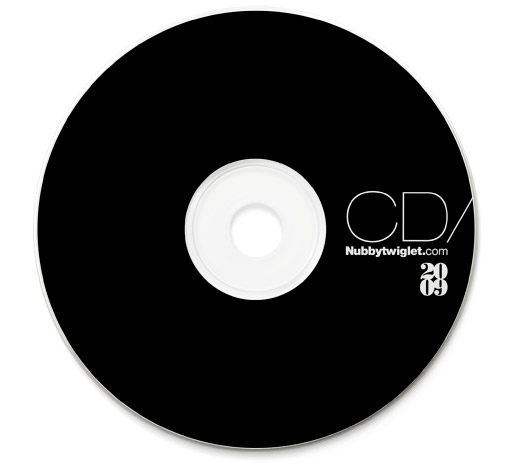 At this point, CDs are going the way of the dinosaur (I honestly can’t remember the last time I used one!) but I do think that the round shape adds some visual interest to an identity. 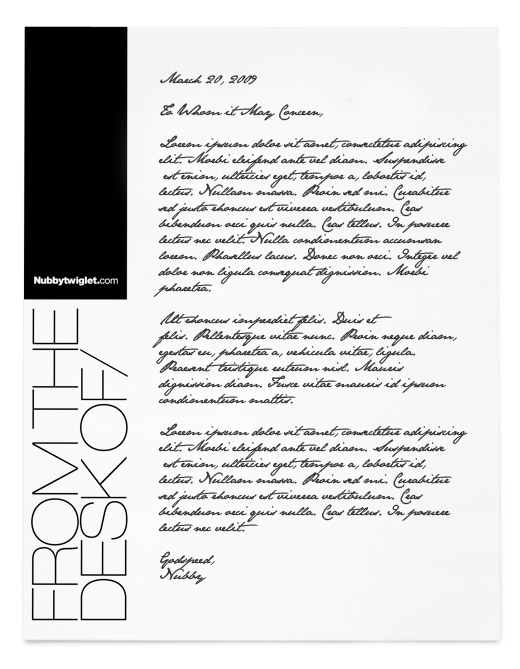 The letterhead is still a work in progress; I may end up adding my email address at the very least and possibly my address, also. The reason I’ve left it off is because it would always be enclosed with a mailing label on the outside of the envelope and a business card on the inside.

I’ve recently noticed a trend of companies leaving their addresses off of most of their collateral since their websites contain all of their pertinent information. What do you think?

As the identity progresses further, I’ll do an update and include more pieces!