Recently, Nemo has been working with Mountain Dew’s extreme sports and music festival, The Dew Tour. We were asked to come up with promotional ideas when one of our team members had an epiphany and summoned Portland’s Voodoo Donuts to whip up some VooDew donuts. These babies were infused with Mountain Dew and featured a thick lemon filling. I refused to try them. To say that I was scared was the understatement of the century. Mmmm, delicious lemony goodness!

The adventurous spirit rolled on through Sunday when I met up with some of my old work cronies for a night out at the swanky Portland City Grill. Here’s the view we took in: 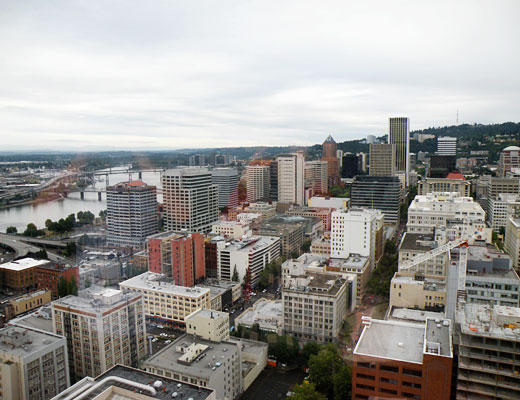 My ex-boss JD (full disclosure: we worked at a shoe store in the mall many years ago) is hilarious. At 6 foot 5, he makes me look like a dwarf and we’re always putting on a show. That’s him in the background: 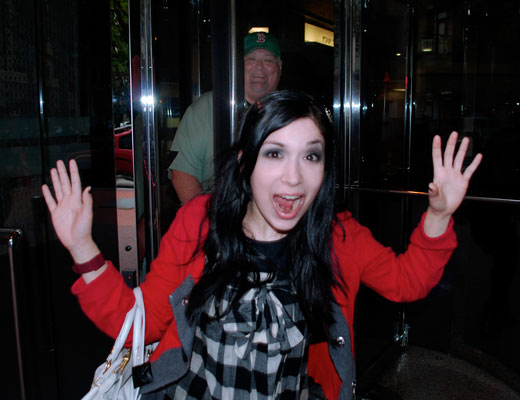 This guy used to speed skate and breakdance. Oh, and due to an accident many years ago, he can do the splits (I dared him once do to them in the middle of the store we worked at). We also used to get into trouble for playing Michael Jackson way too loud. Here were are cruising through rainy Portland on the way home:

On Tuesday, I was invited along on a mini fieldtrip to view a Nike booth that Nemo’s assisting with for an upcoming trade show. As I was walking out the door, I noticed an arsenal of airsoft guns spread across the ping pong table in our lobby. Of course, I couldn’t resist a photo-op! 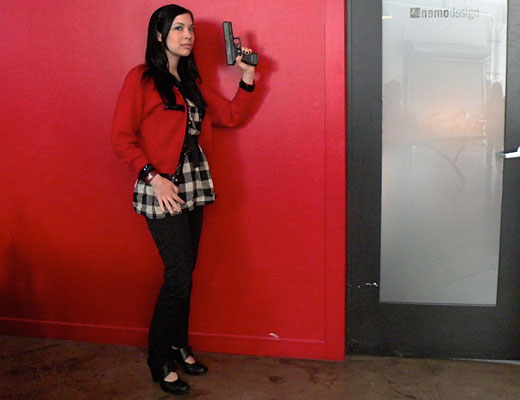 We went on site and the booth looked great, but I was more mesmorized by this Mr. T poster in the work area. Safety is the key! 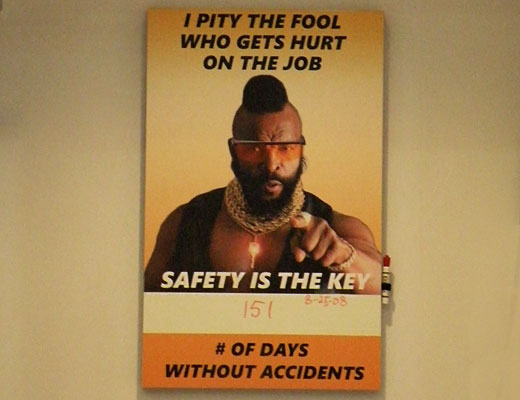 Our mini field trip ended up stretching on for four hours, but can’t you tell that we had a blast?! 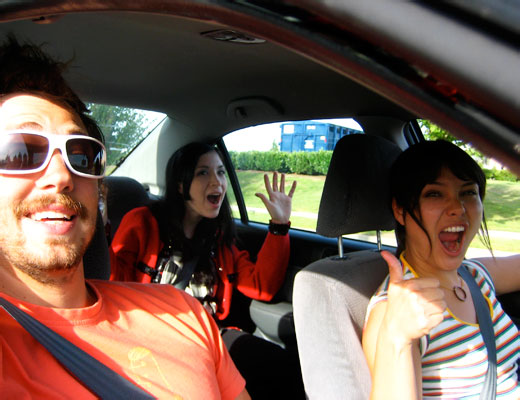 On Wednesday, the newest crop of Nemo employees were told to assemble in the middle of the office for a little initiation. Seems that there’s a tradition to make employees eat a massive spoonful of extra hot sauce. I refused (it would have probably sent me to the hospital) but the crowd wasn’t having any of it. They repeatedly chanted “NUBBY! NUBBY!” and handed me a spoon. I sat it on someone’s desk and snuck to the back of the crowd. It was a smart move; one person threw up, another ended up with a massive sore in their mouth and and there were a lot of people complaining of burning insides! Haha.

How was YOUR week?!!