It’s Not About Them, It’s About You: How To Keep A Positive Perspective in Your Life

It’s easy to get caught up in what other people have, what they’re doing, who they know, what they’re wearing, what they look like and what’s being said about them. But, as you’ve no doubt already figured out, comparing yourself to others will get you nowhere. 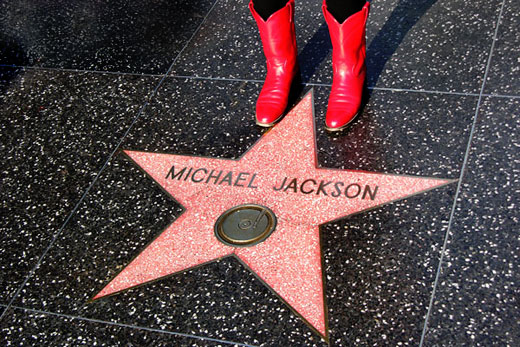 Because of our fast-paced, instant access lifestyles filled with celebrity gossip blogs and social networking sites, it can sometimes appear that so-and-so has the perfect lifestyle and they must be doing better than ourselves. But, even if they are hugely successful, why should any of this really matter?

The feeling of scarcity (unlimited wants coupled with limited resources) arises when you stop focusing on what you presently have and start yearning for everything you don’t have. It’s a game you can’t win.

Jealousy is a very ego-based notion. If you want to feel jealous, you must first adopt a scarcity mindset that suggests weâ€™re in competition with each other. Reality must be reduced to your ego vs. other people. If someone gets that great job, that wonderful girlfriend, or that new house, it means you canâ€™t have it. They won. You lost.

If you really think about it, there’s always more room at the top because each of us has a unique perspective. Nothing can be carried out in the same way twice so it’s entirely possible to put your own spin on an idea. If you see someone succeeding at the same thing you want to do, view it as a triumph because now you know it’s possible. And, if you have great manners and offer something in return, the odds are that they may be willing to provide tips and advice.

(Most) Success Is Due To Hard Work

Sometimes we only see the end results of what people have accomplished and forget about the hard work that it took to get to that point. A celebrity probably has a team of managers, publicists and assistants plugging them to the media at all times. A famous blogger probably does just that full-time and has been chipping away at the keyboard for years. A well-known artist may have spent ages couch surfing and squeaking into group shows before they got their big break. There’s a good chance that someone with a fantastic job had plenty of undesirable ones during the years prior and spent many long nights at the office.

Other peopleâ€™s lives are none of our business, regardless of who they are â€” celebrities, internet personalities, artists or shop assistants. We are all entitled to live the way we want to without having to constantly explain ourselves. 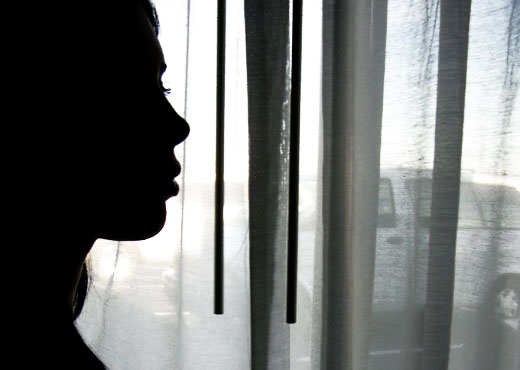 To dwell on what others have and then pry into their personal business in a negative manner is a bad reflection on yourself. It really isn’t about them, it’s about you. A few things have been bothering me as of late and I was just given the advice that it’s better to embrace these feelings and to think about what’s driving them than to bury them because I feel guilty for thinking badly about someone.

Usually, these feelings are driven by a lack of focus and uncertainty in your own life. This is natural. It’s up to you to work through these feelings, not to project them negatively onto another person.

The easiest cure-all for negative feelings is to throw yourself into something you love, something you feel really passionate about.

For me, when I’m designing, making fine art or blogging, I am at my most fulfilled because none of these things feel like work to me. Granted, my everyday life isn’t anything that would be considered spectacular. Most days are filled with waking up early, answering a few emails, picking out an outfit that I feel excited about and rushing out the door to catch the bus to work. After putting in my hours (I’m lucky to have a job I love), I usually come straight home most nights to do some more work and spend some time with Lee. If I get too tired, I take a nap, wake up in the middle of the night to do some more work, then go back to bed. The reason I keep wacky hours is because this is what it takes to keep up with what I love to do.

Any success I’ve achieved at this point has been about 80% hard work and 20% luck. The term luck should be used loosely because that only tends to come into play once you’ve already done the legwork to get noticed, whether that be recording your demo, putting together a press kit, developing a portfolio, etc.

To keep momentum, I try view everything as an adventure, as a little excuse to have fun. Even if I’m just taking a mid-day walk to a coffee shop, I pack along my camera and try to take the world in around me.

It’s also important to have an end result in mind for what you’re doing. Even if you’re working a menial office or retail job (yes, we’ve all been there!) it helps if you have hobbies outside of work that you love. Also, keep your eye on the target; have an end date in mind. Maybe set a goal to save a few thousand dollars set aside (little by little out of each paycheck) so that you can travel or follow a dream when this milestone is passed. Having a payoff will make those dreadfully long days fly by as you inch closer to your dream. 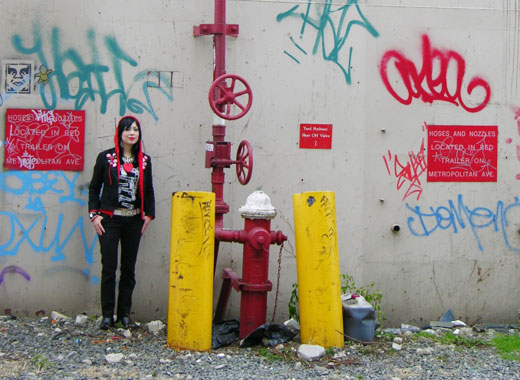 Years ago when I lived in the suburbs, worked at the mall during the week and went to college classes on the weekend (it was a pretty miserable existence!), my goal was to save up enough money to quit my job and travel. Unexpectedly, during the winter of 2004, I was offered a chance to go on tour with Lee’s band and because I’d prepared myself, I was able to quit my job and tour the U.S. for six weeks without worrying about money. The payoff was totally worth the year of annoying customers I’d put up with! Traveling freely and meeting tons of inspiring people along the way really opened my mind up to the possibilities beyond my little, regimented world!

It’s Not About Me, It’s About You

This isn’t supposed to be all about me; it’s about you. It doesn’t matter where you are now. It’s where you’re going. If you have a steadfast plan that you’re inching towards every day, you’ll eventually make it. Slowly but surely, things somehow always manage to come together if you keep a positive outlook. And if you stay focused on that dream while putting in the work to achieve it, there’s nothing stopping you.