The Symbolic Power of the Red Cross 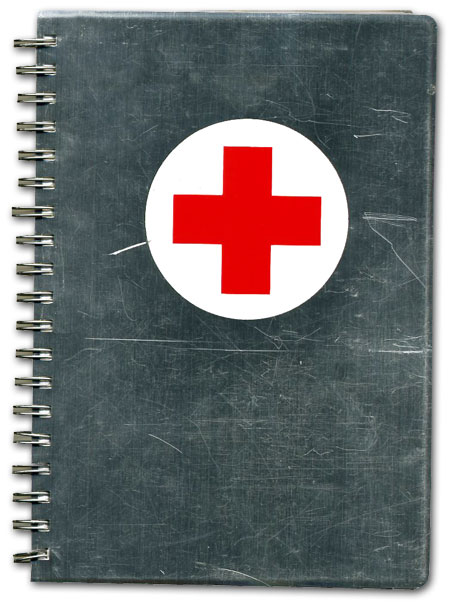 The symbolism of the red cross is powerful and plays a prominent role in my art and overall aesthetics. The red cross is simple and perfectly symmetrical. To me, the red cross can be considered to have (at least) three varying meanings:

1. The Red Cross / Medical Imagery:
I’ve always been drawn to the American Red Cross and nurse uniforms. The Red Cross emblem was officially approved in Geneva in 1864, a year after the International Committee of the Red Cross (ICRC) was founded. The emblem, endorsed by the 16 signatories of the Geneva Conventions on international humanitarian law, is based on the Swiss flag with the colors reversed (Wikipedia).Â Â 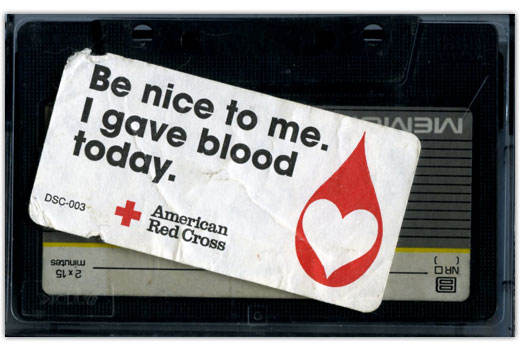 Years before I decided to become Nubby Twiglet, there was Nurse Twigenstein. It was a long and complicated name to remember for most people, but I had fun embracing the character! Starting in high school, I began wearing uniforms and red cross pins. I was drawn to the strong, stylistic imagery and the usage red and white color schemes. In 2003, Voltaire immortalized the character in his Chi-Chian series, when I became the assistant to a teddy bear named Dr. Yoshimoto. After the book was published, I took the picture to a seamstress who brought the uniform he drew to life and I wore it to various events (even a friend’s wedding!) for awhile after…Â Â 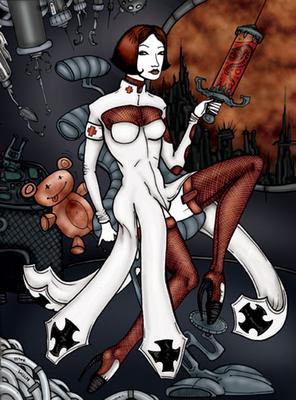 2. The Swiss flag:
It is one of only two square flags in the world! The exact hue of red in the Swiss flag is not defined by law, and various authorities have used different colors over time. In 2007, the corporate design guide of the federal authorities designated Pantone’s PMS 485 as the shade of red to be used in print. So now you know!

The Swiss flag can have a sense of humor, too! In 2006, New York’s Swiss Institute commissioned Olaf Breuning to re-imagine the iconic symbol and you can’t help but smile, feeling like the Swiss flag is trying to give you a hug!Â Â 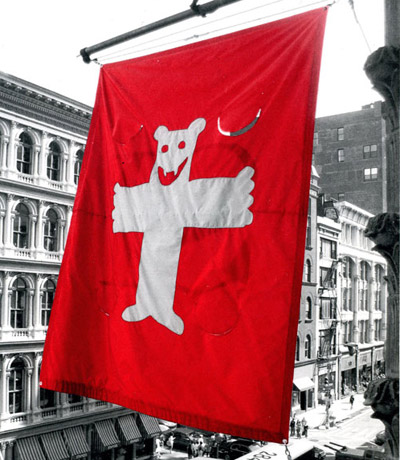 Brands like Swatch often feature the Swiss flag on their watches (my all-time favorite being the Typically Square model) and advertisements. Here’s a page I saved out of one of their fanclub zines:Â Â 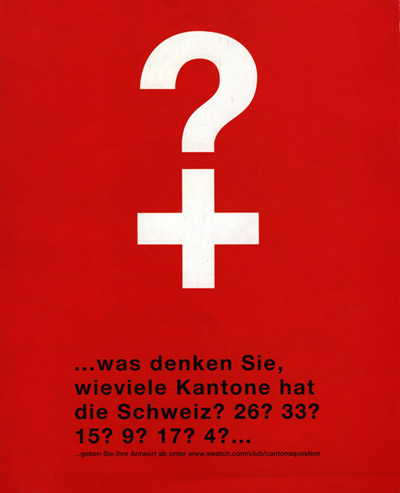 3. Swiss graphic design:
As a graphic designer, I am highly influenced by the stylistic qualities often associated with classic Swiss poster design. Typically, the work of the Swiss features the following characteristics:

a. Images and text are often organized by geometrical grids. There’s an instantly recognizable orderly quality to Swiss design.

b. Sans serif typefaces such as Helvetica are often used (Switzerland is the birthplace of Helvetica).

During the 1920s and â€™30s, skills traditionally associated with Swiss industry, particularly pharmaceuticals and mechanical engineering, were matched by those of the countryâ€™s graphic designers, who produced their advertising and technical literature. These pioneering graphic artists saw design as part of industrial production and searched for anonymous, objective visual communication. They chose photographic images rather than illustration, and typefaces that were industrial-looking rather than those designed for books. 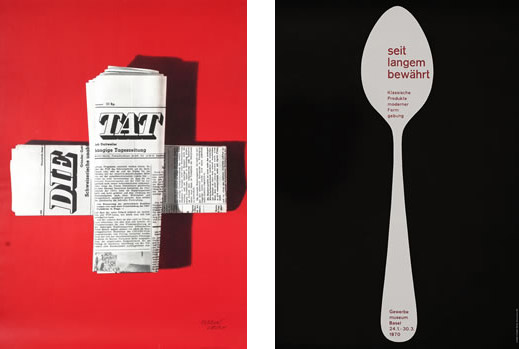 Swiss posters of the 1950s and 1960s illustrate the “Swiss School” or the “Swiss Style,” relying heavily on composition, typography, and clear communication. This “style” had international influence, and the Swiss poster came to be regarded as a model in graphic design (Swiss Poster Collection at Carnegie Mellon University).

The Red Cross in Fashion:
The red cross has also made appearances in fashion. If you look closely, you’ll often recognize related cross imagery in the work of French designer Christian Lacroix. On the subject of the red cross, he says that ‘the cross is a dear symbol to me, one that I sometimes use as a signature instead of my name’…

On the topic of fashion and design, Moschino created one of the most memorable Swiss-inspired ad campaigns a few years back:Â Â 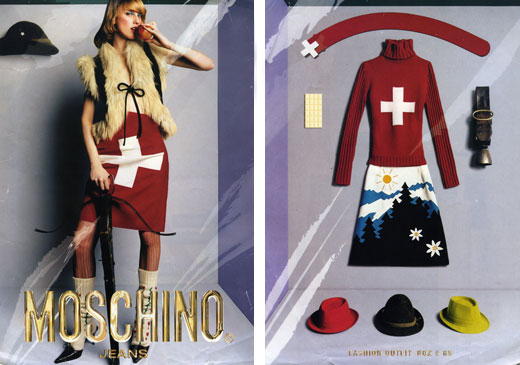 More aesthetically challenging than a square canvas, the red cross is clean, concise, and timeless when used in art. I often assemble work on custom made ceramic and wood red crosses in homage:Â Â 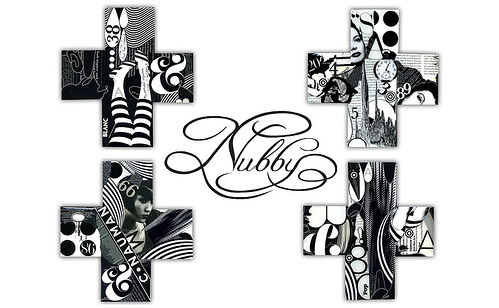 2. Swiss Legacy is an amazing blog dedicated to Swiss design and very image heavy with an emphasis on poster design and typography.

3. Vector Trash is my favorite living Swiss designer. Of course I am highly biased because he designed this portrait of me!

4. If you’re in NYC, stop by the Swiss Institute in Soho for viewings in the art gallery (and literature covered in Helvetica!)

The red cross to me is more than just a symbol. It’s a way of life, a reflection of good taste. It is modern, yet unchanging. Entrenched in a powerful past, it is sure to be continuously repurposed in the future.