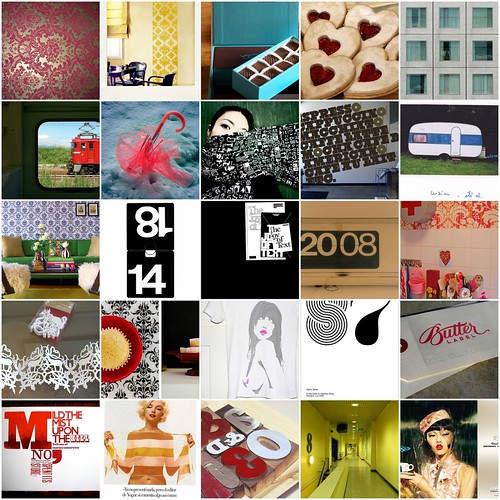 1. A Reality Check About Blogging for Money gives you the the truth about the prospect of earning money from your blog.

2. Make your bookcase a baroque masterpiece (with a few rolls of wrapping paper some other household supplies)!

3.The Urban Library Alpha Bookends are a perfect way to keep your favorite design books organized! (via rachel best blogs.)

4. In my opinion, this is some of the best food packaging ever; sure to put a smile on your face.

6. Hotelier Jeff Klein does an amazing job of remembering Heath Ledger. His story is totally worth a read– it includes an encounter where Heath winked at an event planner to help Klein secure a lucrative job!

It seems like everyone is commenting on his death and I feel uncomfortable in my own skin thinking about him and his untimely passing. I have the image of the time I saw him burned into my mind: Last September 11th, my plane landed in New York City very early in the morning. Not able to check into my hotel, I was wandering through lower Manhattan when I got caught in a terrible rainstorm. Huddled under a store awning with many other pedestrians, I stood next to a beautiful model chatting on her cell phone. Little did I know that she had been chatting with Heath, who nonchalantly walked up and took her inside. Right then, a group of teens swarmed him and I remember turning around and watching him graciously pausing for a few autographs and snapshots. Even when he was going incognito in a black coat, jeans, dark sunglasses and a messy ponytail, his presence was still instantly felt. That’s the way I’ll remember him. 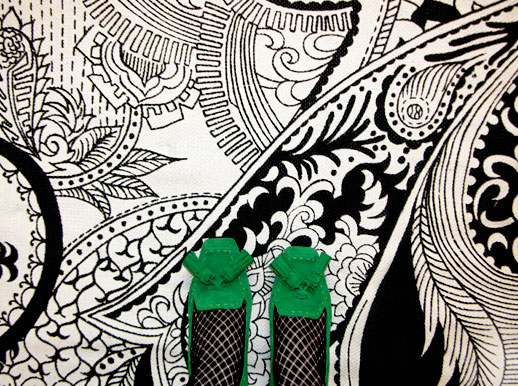 Spring.
And green.
And flowers.

(The reality: bundled up in an 80s reindeer sweater in my office, trying to keep warm.)

The Art Of Sewing: Judging a Book By Its Cover Part 3 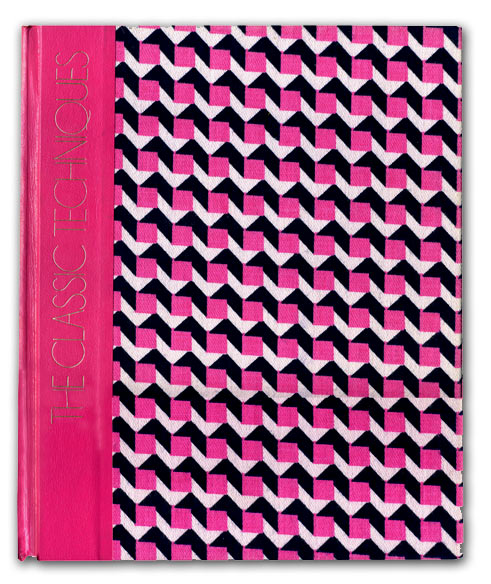 I recently thrifted this book solely for the cover because I was won over by the mod fabric (charmingly glued on slightly crooked). This is from a series of sewing books TIME-LIFE released in 1973. The beautiful typography on the spine continues throughout the entire inside…


In our fine art classes, there were sheets of transfer letters in the corner and I would make silly little sayings on my artwork. I had no idea that they’d once been a graphic design staple. More searching at another library yielded a book of vintage Swiss poster designs. The style and aesthetics completely represented the look I was striving for.

Still, when I graduated from high school in 2000, I didn’t know that graphic design was a viable career option! I toured an art school in Portland while contemplating a degree in fine art, but when an advisor flipped thorough my portfolio and saw mannequin head sculptures covered in machinery and very little drawing or painting, he wasn’t impressed. 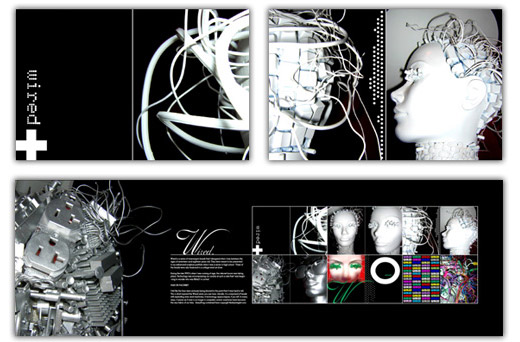 The school was also prohibitively expensive. I didn’t think that making a ton of money as a fine artist right out of college (to pay back the loans) was realistic, so I went to school for business and marketing instead. That choice turned out to be a good one- I kept making art on my own time and finding out more about graphic design on the internet. It wasn’t easy to carve out time to dabble in design, but like Gala says, it’s true that if you want to do anything badly enough, you’ll find the time:

“I have no time” is not an excuse — if something is truly important to you, you make time. So start to make time to write. When I worked in an office, I used to write on the bus on the way to work, on my breaks, on the way home & all evening — & I filled notebooks quickly. It can be done!

After earning a B.S. in Business Administration, I took a few months off to tour the country with a rock band and hang out in New York. Taking time away from home and school to travel helped me clear my mind and decide what to do next. I had my computer shipped out to keep up with personal projects, but soon enough, it served another purpose: while at a club, I handed a photographer my business card and within a week, I was designing a mini fold-out magazine that was published and distributed throughout New York City! It was hard work (and I wasn’t well-versed yet in grids and typography), but I enjoyed the final outcome enough to pursue more design jobs. 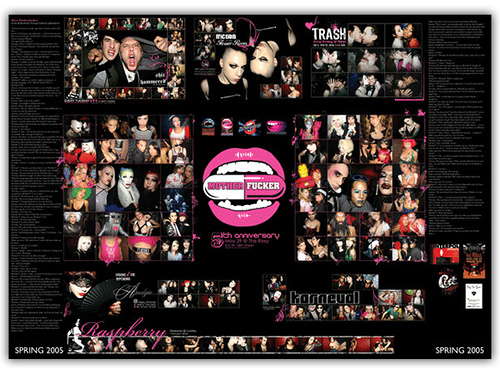 In the Fall of 2006, I signed up for a two year degree in a limited entry graphic design program. I’d already been doing freelance jobs in my spare time, but I knew that if I wanted to be a legitimate designer, I needed to improve my technical skills.