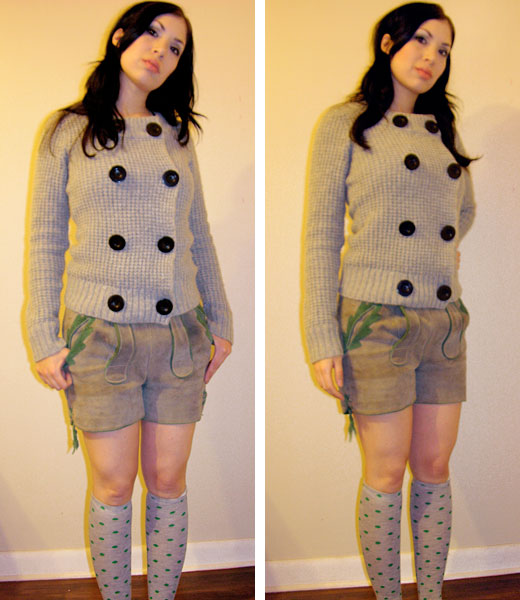 Growing upÂ in the 80s, I was surrounded by traditional German culture. My parents visited Germany and Austria in 1983 and returned with a pair or tiny lederhosen complete with red leather straps and heart pockets as a souvenir. Every year, we went to the local Oktoberfest at Mt. Angel and took vacations in Leavenworth, Washington which is modeled after a traditional Bavarian village. During the Summer, my grandparents would drive my brother and I around in their Buick while they listened to cassettes of German polka. My mom would only drive European cars. We had a cuckoo clock in our living room. It was normal to consume elk sausage.

Though there’s mostly German heritage on both sides of my family, we were never very patriotic. I think my parents were more interested in the aesthetics of traditional European culture than anything else! It definitely rubbed off on me; I took four years of German language classes in high school and college (and will only drive Volkswagens!)Â Â 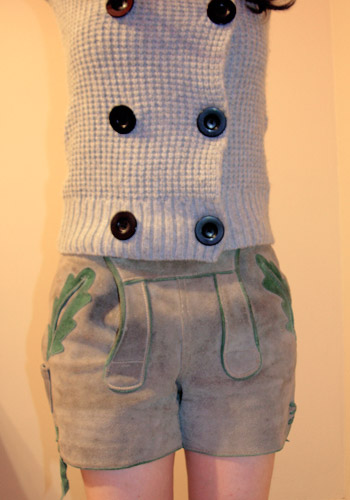 Recently, I became obsessed with finding my own lederhosen to wear on a normal basis. The thing about lederhosen (shorts made of leather, often worn by German men) is that they aren’t traditionally designed for women. Only men and boys wear them, while women wear dirndls. This made my search particularly hard; I haunted Ebay for weeks until I found a pair of just the shorts (no fancy straps) that a U.S. woman had purchased back in 1953 at the age of 12 while traveling through Germany!

I love lederhosen because they are very durable, surprisingly comfortable and very warm for shorts. The button flap in the front is a bit awkward (yes, since they’re designed for the opposite sex, there’s a slight bulge when I wear them!), but it’s worth it. This Summer, I’ll wear them with knee-high socks and tall boots with a light cardigan. A word for the wise: It’s important to play down the rest of your look so that the lederhosen don’t take on a too ‘costume-y’ vibe.Â Â 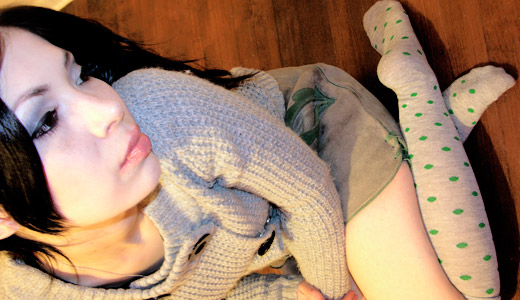 What’s your take on lederhosen?
Do you love them or find them to be overly ridiculous for everyday wear outside of the Motherland?