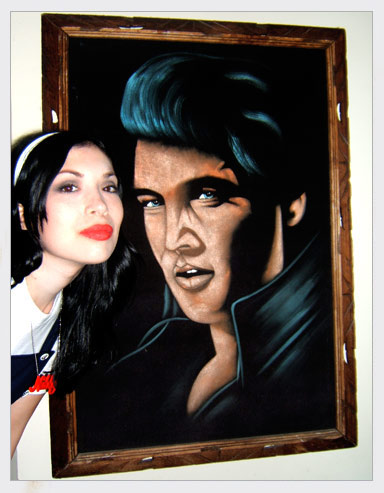 As you can probably tell by now, I have a slight infatuation with my friend’s monsterous Elvis painting…Â Yesterday, I ended up in the back room of the Swiss Institute and behind the thick black curtains, an experimental film of Elvis performing in all his glory was looping on a small screen attached to a huge black wall. I was the only one there, trying to absorb what I was seeing. There was footage of older Elvis spliced in with footage of Elvis in his prime, performing on Youtube in full-screen mode from a spinning laptop with a dangling microphone in front of it. Totally surreal.Â 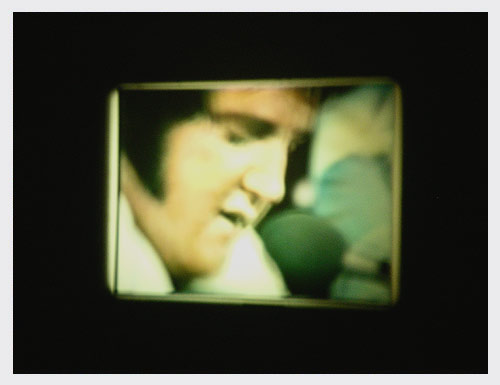 Later, I was on the fouth floor of Saks being served mini red velvet cupacakes and diet coke in a glass bottle with a red straw in honor of Valentino’s RED line. Once I was off the subway and back in my friend’s Brooklyn neighborhood, we walked into a cookie shop that was serving free handmade gourmet treats. It was like my birthday all over again. The magic is still here when you least expect it…Â Â