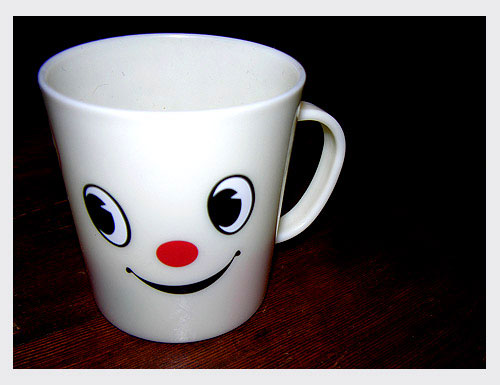 Seems I made a new friend during my travels.
I found this beauty at Pearl River in New York. 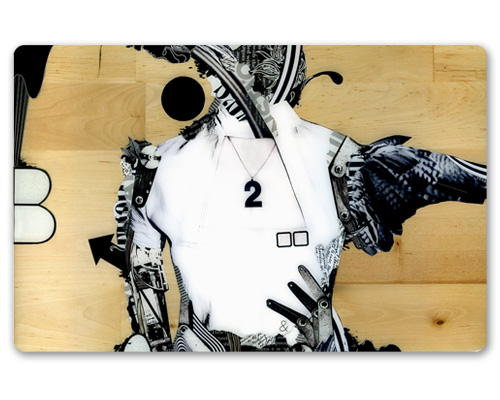 I’ve been really into exploring the transformation of the human body lately.
The vulnerability. Would we still be vulnerable if were robots? I have a few more pieces planned over the next few months. Also, I have a few group shows in the works– details soon. 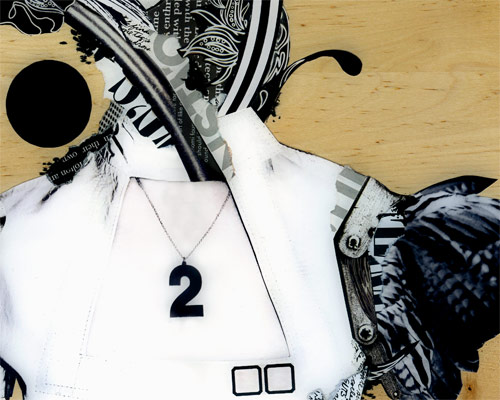 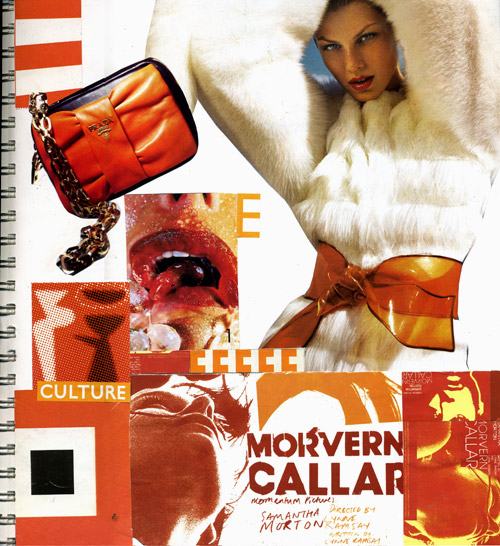 Every Friday, I will be posting a new page from my ‘Fashion Notebook.’ For the last 10 years, I have been compiling my favorite cutouts from fashion magazines into colorful collages inside an oversized sketchbook. As the years have passed, more pages are nearing completion and I feel like now is the time to share. To make viewing back pages easy, I’ve also started a Flickr set.

Do you do something similar with your favorite images to stay organized? 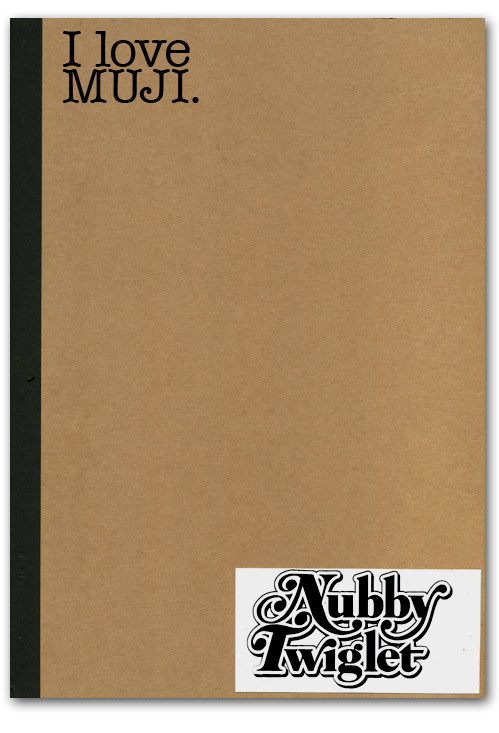 I love MUJI. A brand of Japanese basics encompassing over 7,000 items, the brand prides itself on being high quality, simple, and affordable. Best of all, MUJI uses as little packaging as possible. There aren’t layers of packaging hiding the product; instead, you can immediately see what it is (even though the labels are in Japanese). I bought a notebook and futuristic white paperclips at the MUJI at MoMA Design Store in New York City. While walking down Broadway in Soho, I also noticed that they’re in the process of building a freestanding store (this information isn’t listed on their site yet).Â The name MUJI is derived from the Japanese phrase “Mujirushi Ryohin,” meaning “No Brand Goods.” Simplicity has never looked so good. 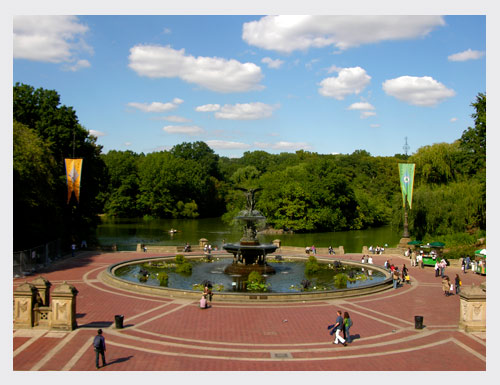 Last week, I visited Central Park for the first time ever and it was even better than I expected. The weather was about 80 degrees and since it was a weekday, the park was pretty empty which was nice considering that is has 25 million visitors annually! The construction of the park was completed in 1873 has been a national historic landmark since 1963. 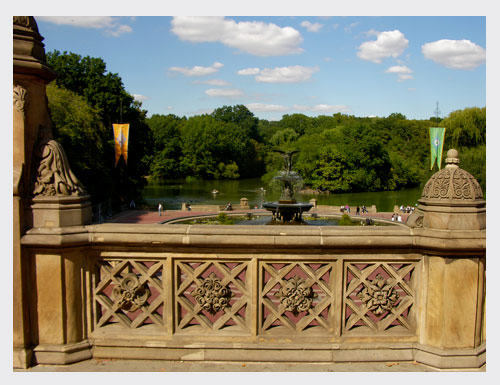 We didn’t have enough time to explore the whole park which contains many lakes and ponds, walking tracks, two ice-skating rinks, the Central Park Zoo, a garden, a wildlife sanctuary, natural woods, an outdoor amphitheater, and over 20 playgrounds! Whew! 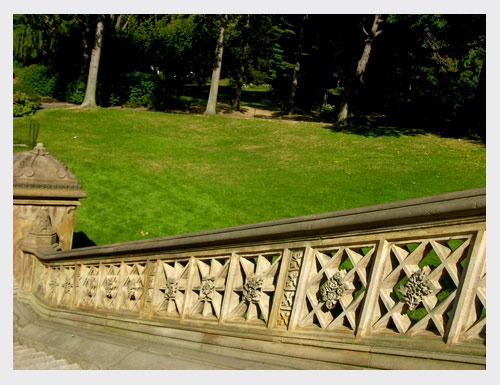 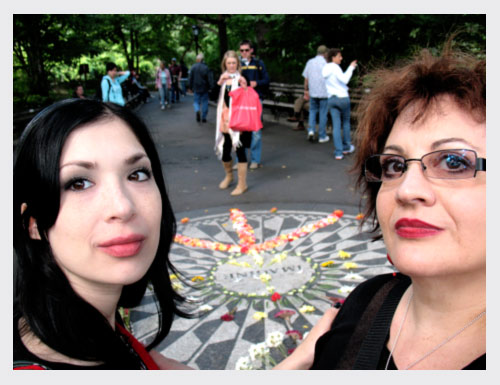 Auntie Nubs has always loved John Lennon, so we also visited Strawberry Frields which is a 2.5 acre knoll at West Central Park. The entrance is at 1 West 72nd Street and the tribute was dedicated in 1985. It’s very close in proximity to the Dakota, the apartment building he was gunned down in front of. When we got there, fans from around the world were gathered at the IMAGINE mosaic. Previous visitors had constructed a makeshift peace sign from flowers. 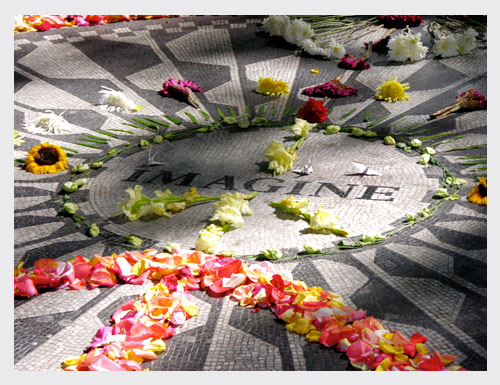 The park was clean, peaceful and beautiful I plan on visiting it every year from now on. It made me forget about being in the city and was a complete oasis away from the outside world.

â™¥ View 150+ years of history and maps here.
â™¥ Ride the carousel at 64th Street!
â™¥ Here’s a helpful map broken up by streets.
â™¥ Here’s the official Central Park Zoo page.
â™¥ You can camp under the stars in Central Park on Sept. 29th!!